On Wednesday a longtime member of the Greenwich business community was honored for hosting an annual Veterans Day breakfast before the Community Walk for Veterans since its inception four years ago.

Every year, Susan Della Ragione opens her restaurant early and hosts breakfast for dozens of veterans before they commence their chilly walk down Greenwich Avenue Avenue to the war memorial in front of the Havemeyer building.

This year the walk honored combat injured millenials and next year Korean War veterans will be honored.

On Wednesday, Ms Della Ragione, a Greenwich native who has run Pasta Vera for some 30 years, beginning with a spot on East Putnam Ave where Whole Foods now operates, was honored by members of the Greenwich Delegation State Representatives Livvy Floren, Fred Camillo and Mike Bocchino, along with State Senator Scott Frantz joined Greenwich Military Covenant of Care co-chairs Mary Jane Huffman and Bruce Winningham and board member Kerrin Coyle. 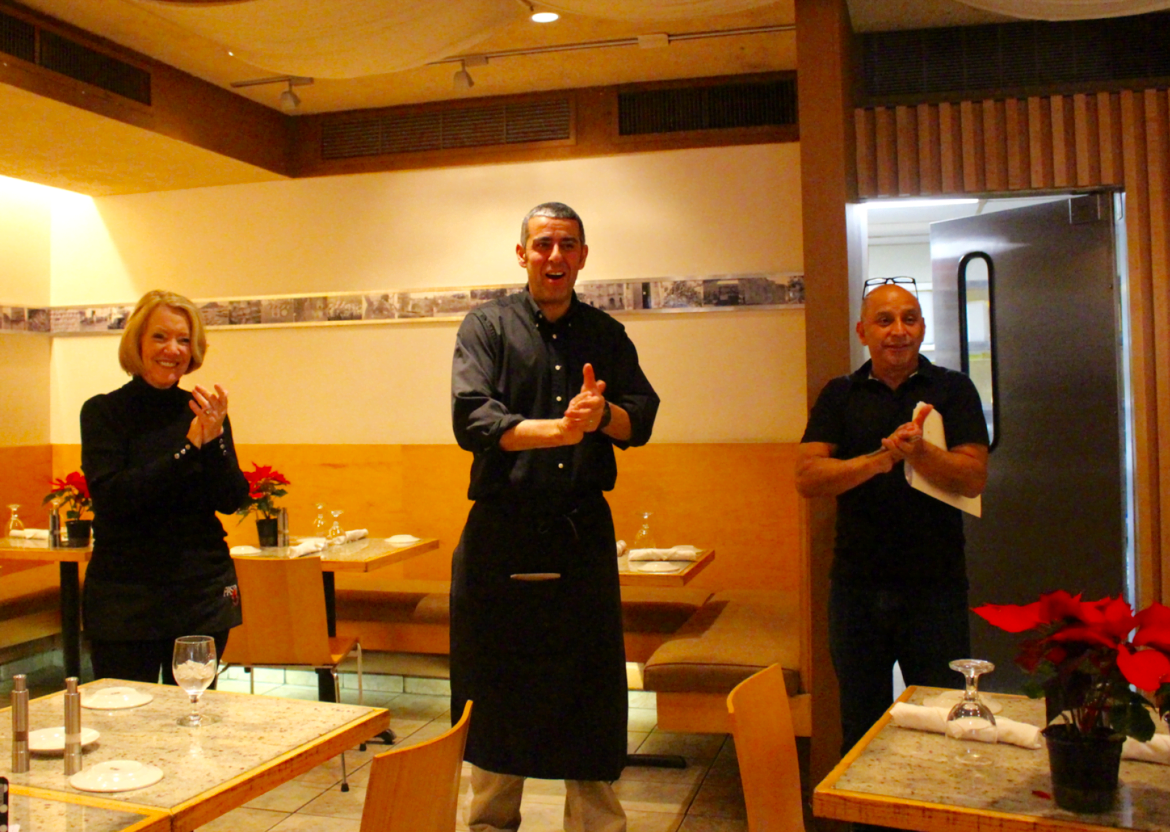 Ms. Della Ragione was quick to credit her staff. “Una made the coffee cakes at home,” she said of Una Galasso who, along with Cedric and Fran, have come in early to host the annual breakfast on Veterans Day.

“It’s our pleasure,” Della Ragione said. “The veterans are all so sweet and appreciative.”

“These men are so appreciative and you make them feel wonderful,” said Greenwich Military Covenant of Care co-chair Mary Jane Huffman.

“You’ve been so welcoming and generous. They felt so appreciated and celebrated,” Huffman continued. “We found that men would come here, whether it was Vietnam or World War II, and meet other people they didn’t know.” She said, for example, two men who had both landed on Omaha Beach were able to meet for the first time at Pasta Vera and share camaraderie.

“We watched the men going out to get in the cars and everyone had a smile on their face,” Huffman added.

Della Ragione, a native of Greenwich, having graduated from GHS in 1970, the last year the school was housed in the current town hall, Della Ragione said she learned a bit about pasta when she lived in Italy.

“I was going to open an American burgers-type restaurant outside of Rome,” she recalled. “Then I saw something on TV about really fresh pasta and decided to bring that to Greenwich.”

Della Ragione, a mother of five, said that next year she’d like to include her 92-year-old mother in the Veterans Day event. “My mother was an Army nurse,” she said to a round of applause. 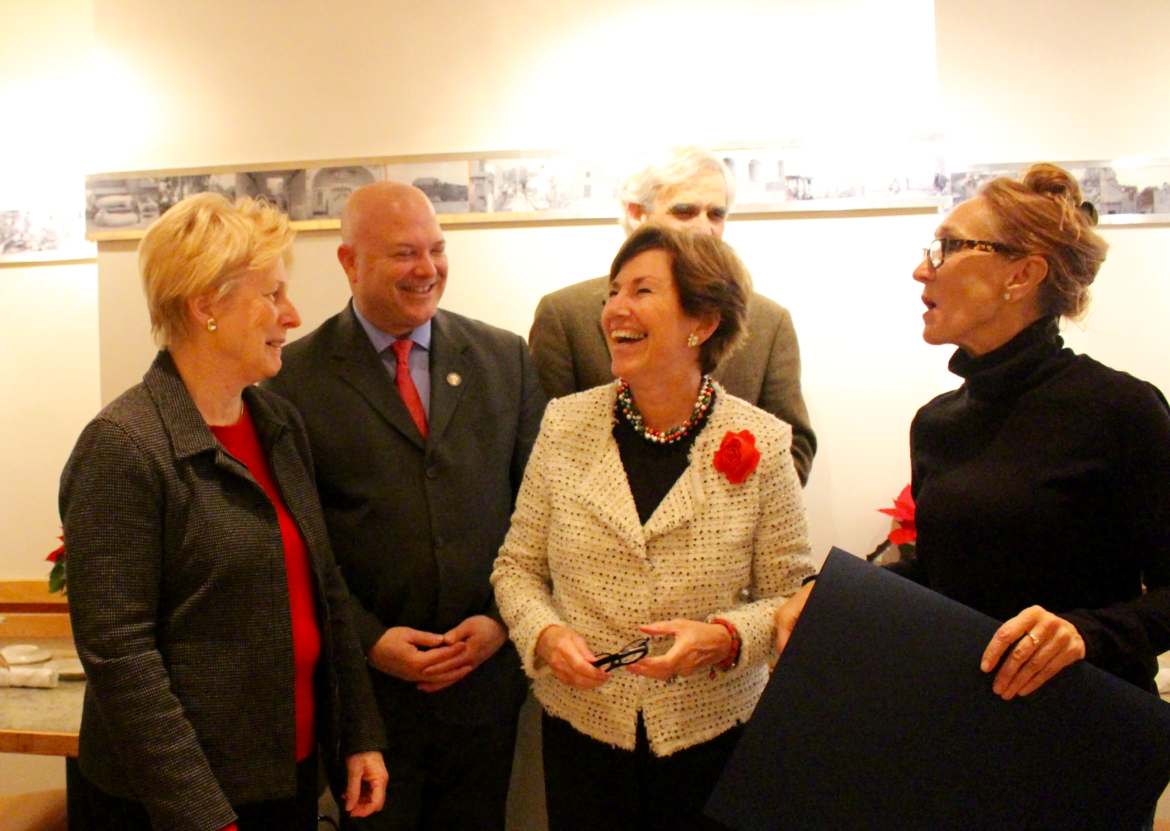 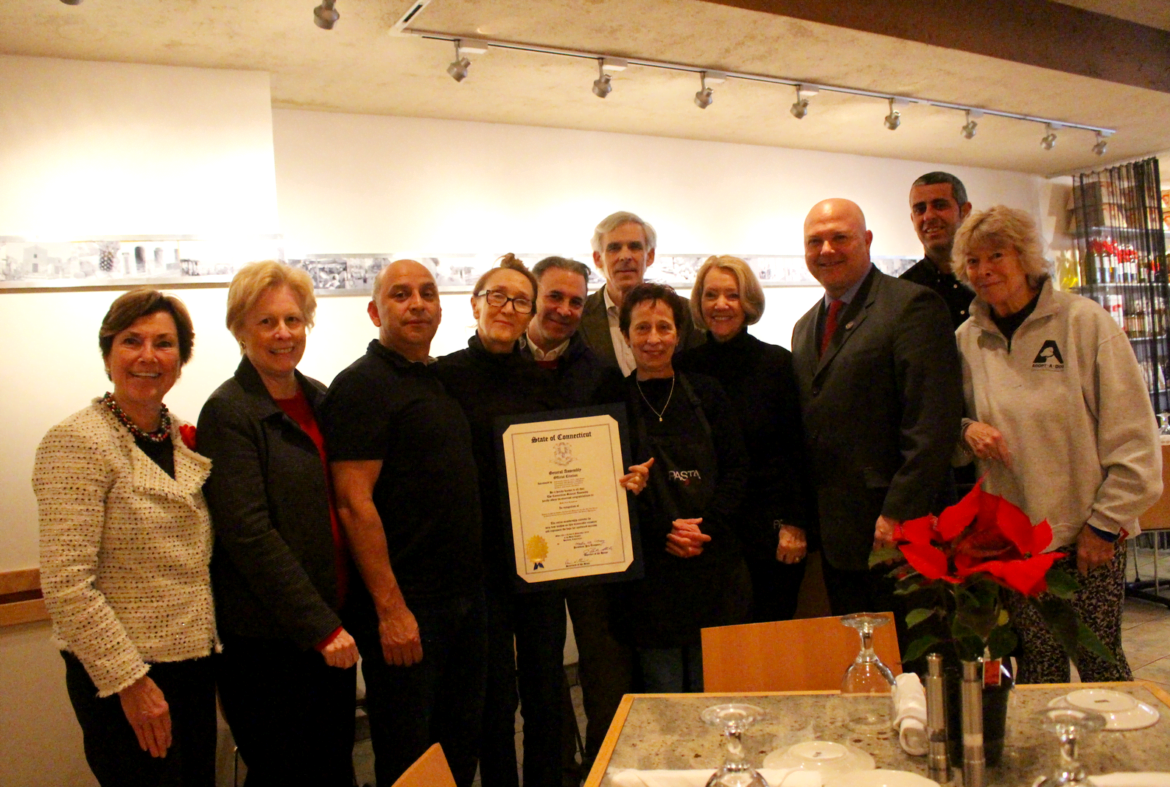 Susan Della Ragione was presented with a certificate officially acknowledging her generosity in hosting the veterans at Pasta Vera for breakfast before the annual Community Walk. Dec. 14, 2016 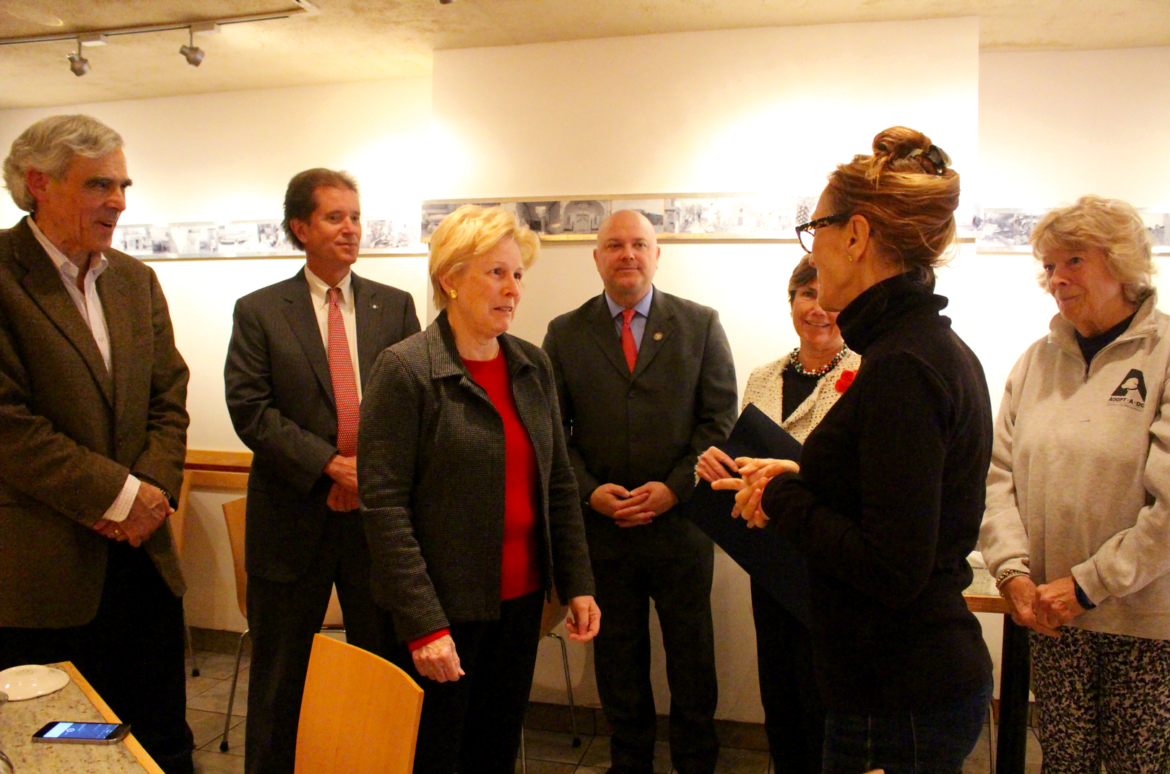 Pasta Vera is located at 48 Greenwich Avenue in Greenwich.