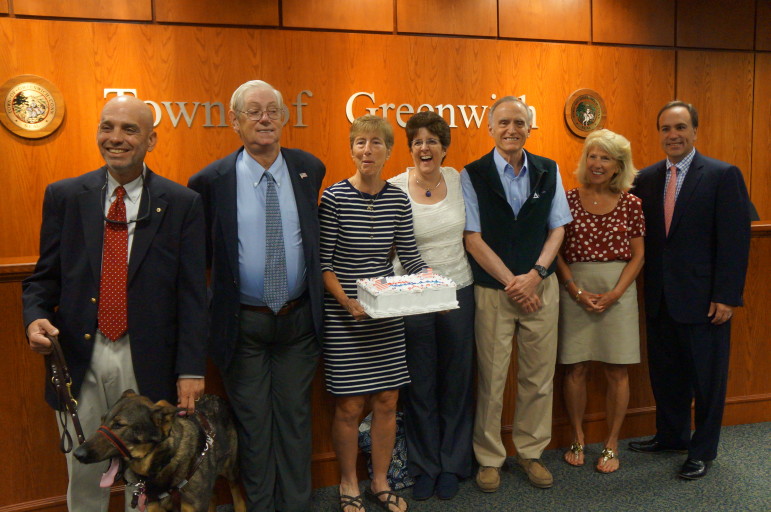 The Town of Greenwich celebrated the Silver Jubilee of the Americans with Disabilities Act (ADA) on July 27, 2015.

Enacted in 1990 by George H. W. Bush, the ADA is a landmark civil rights law prohibiting disability-based discrimination in areas such as employment, housing, and transportation.

“We want to thank everybody because accessibility isn’t just a federal issue. The state and the town endeavor to enable all members of our society to lead fuller and richer lives,” said Greenwich First Selectman Peter Tesei. 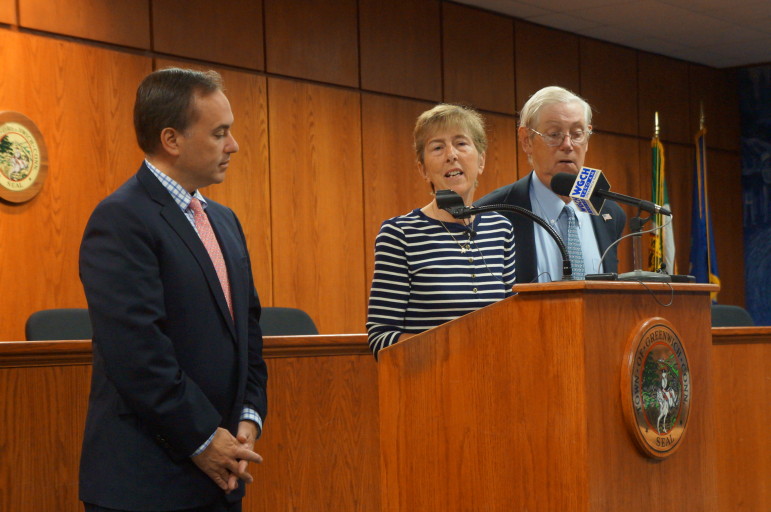 “Our committee really covers a broad array of our community. This is a time to celebrate our accomplishments… George H. W. Bush described [the ADA] as another independence day. It was a sweeping act that he said ‘opened closed doors to a new era of equality, independence, and freedom for every man, woman, and child.’ And it really did cover all aspects: jobs, employment, even touching school-aged children.” -Lolli Ross, co-Chair of the First Selectman’s Advisory Committee for People with Disabilities 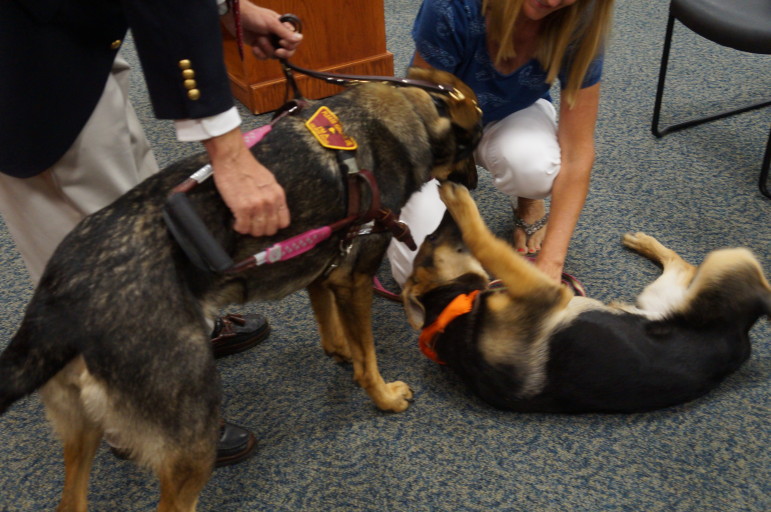 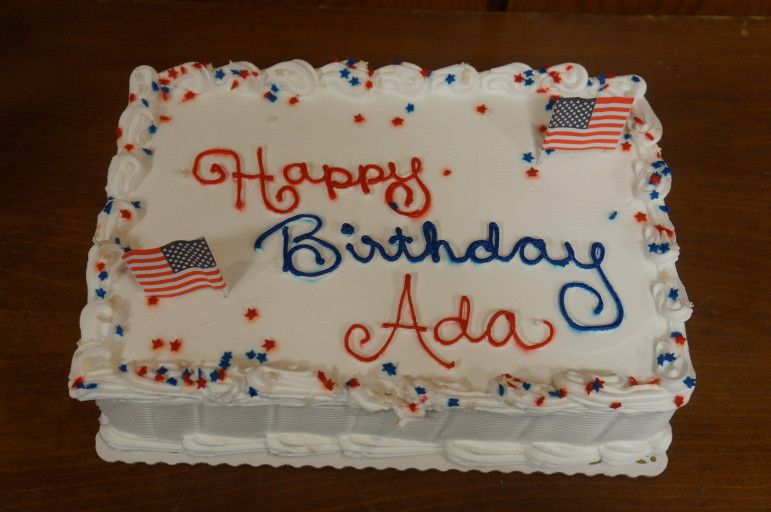 Tesei orated a letter from United States Senator Richard Blumenthal (D-CT), who was unable to attend the town celebration.

“The ADA has been instrumental in protecting the rights of individuals with disabilities to pursue lives of their choosing without fear of discrimination. Today, millions of Americans living with disabilities are able to successfully obtain employment, utilize transportation services, engage in recreational activities and generally enjoy a life of freedom.” -United States Senator Richard Blumenthal (D-CT) 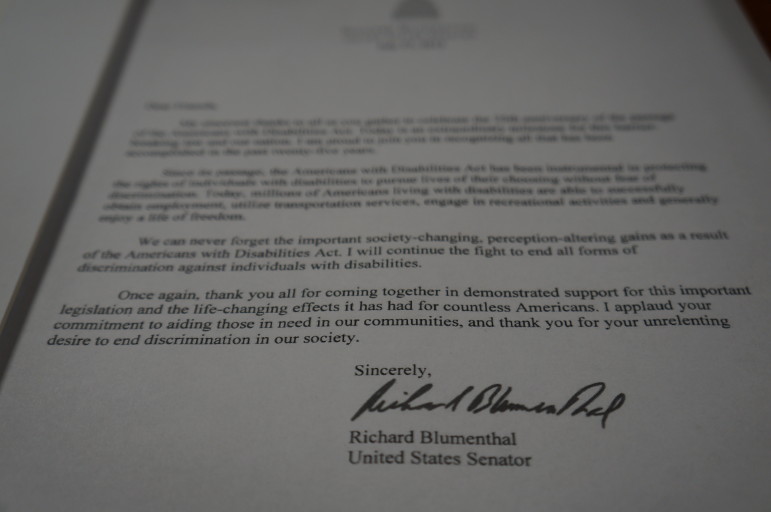 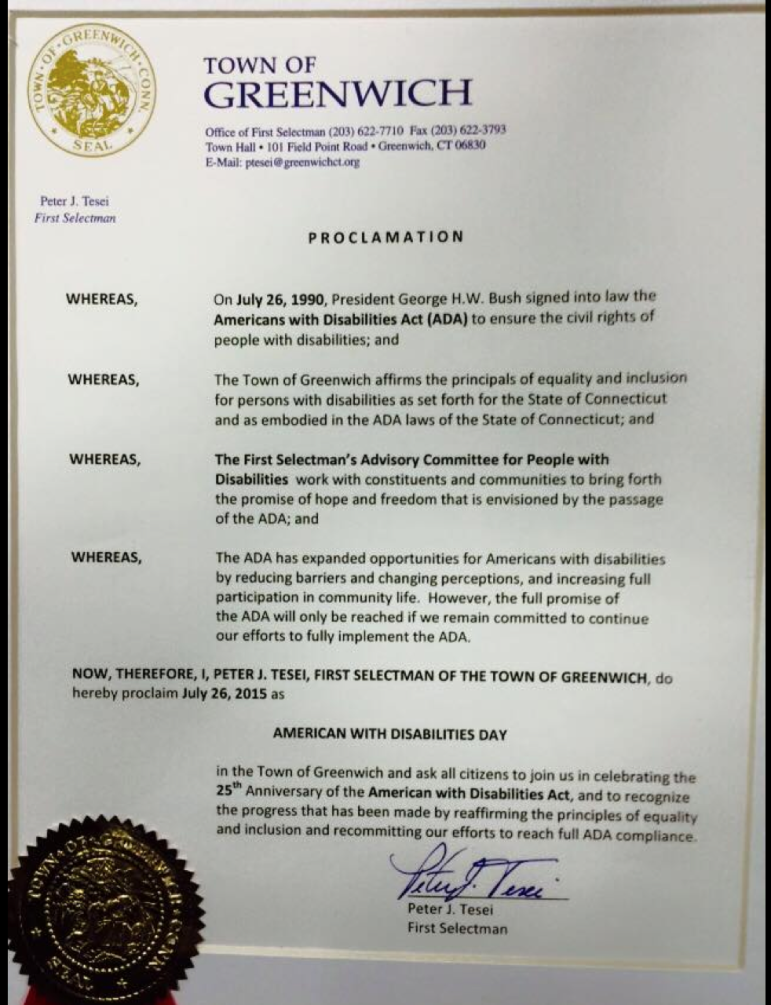 “Our goal is full compliance… We are going to continue to look for other areas of improvement, and with your help and recognition, we’ll be able to achieve that. I want to thank the [First Selectman’s Advisory Committee for People with Disabilities] for its work and all of you for coming today as supporters of this important act, reminding our community members that you just don’t know when you could be confronted with a limitation and have a necessity for this. That’s why this act is important for all of us.” -Greenwich First Selectman Peter Tesei 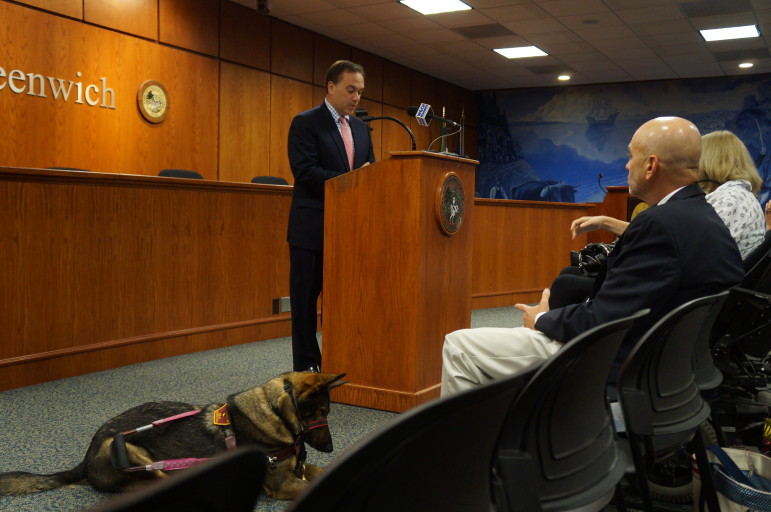 “Congressman Himes’s office will continue to be as strong supporters of ADA as you are,” said Dunn. 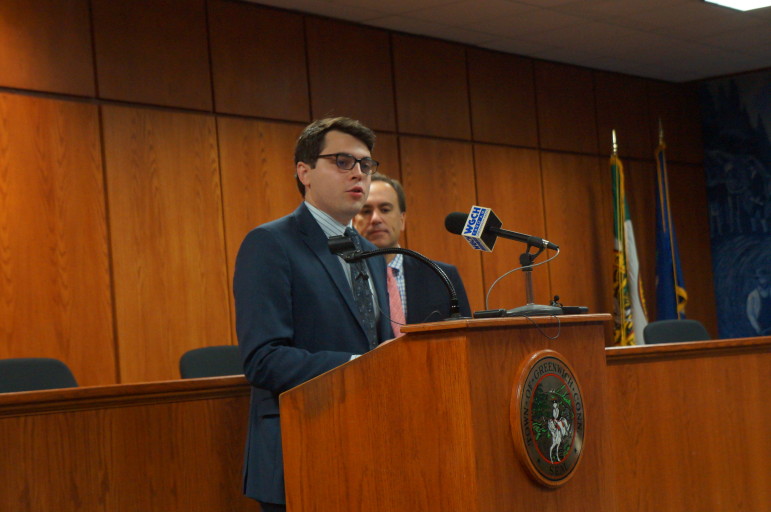 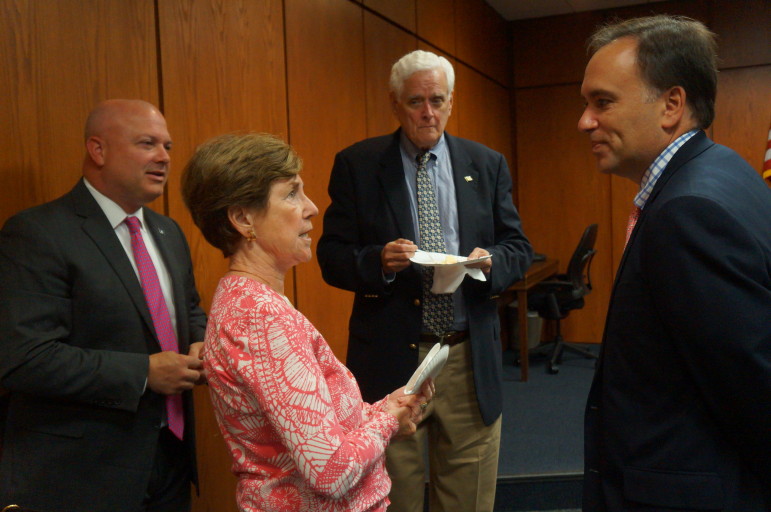 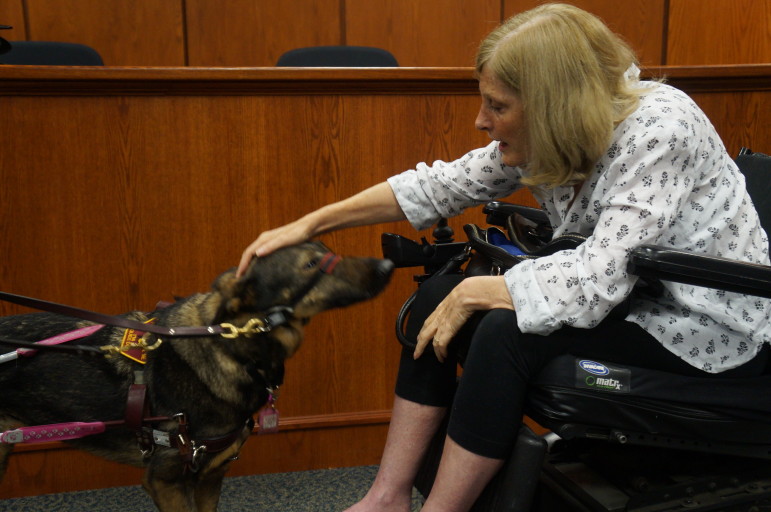 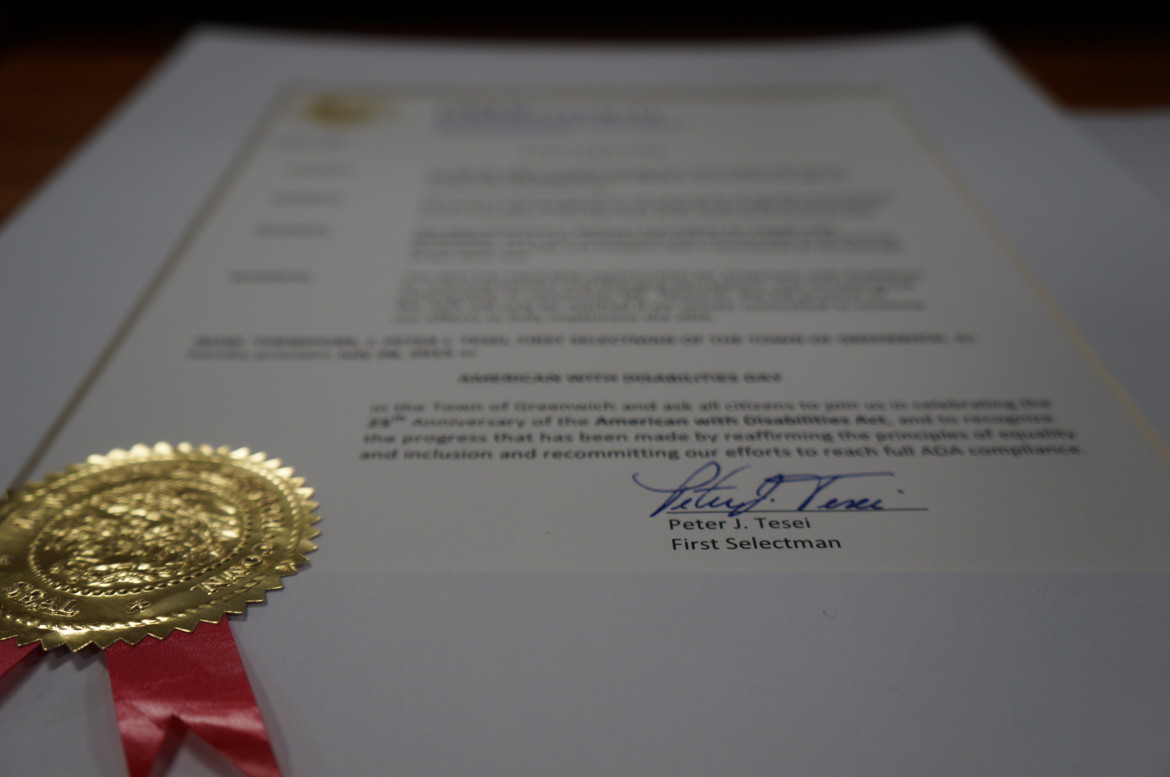