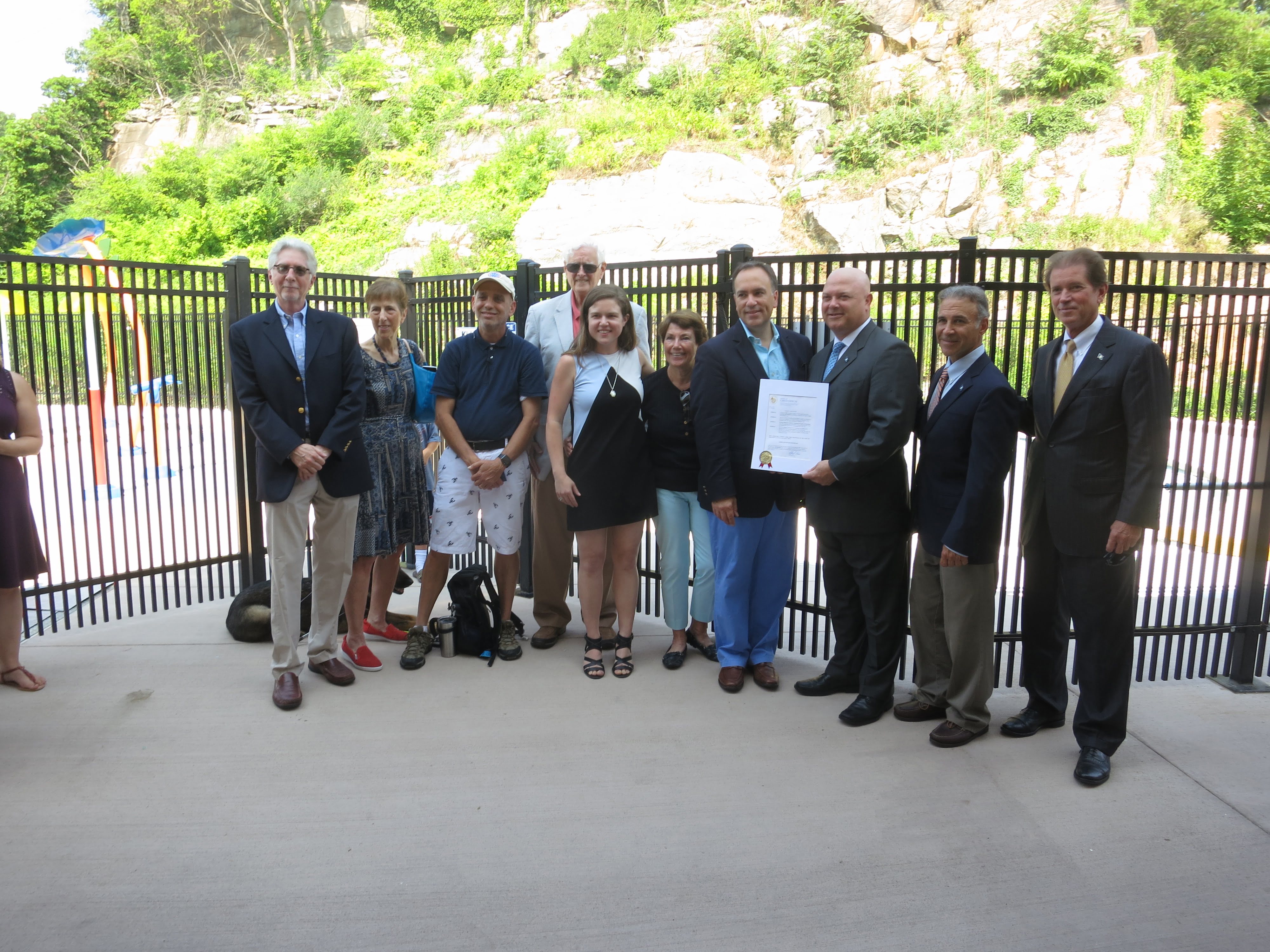 On Friday morning the town of Greenwich celebrated the twenty eighth anniversary of the signing of the Americans with Disabilities Act.

One great accomplishment of the ADA includes the Curb Cut, which introduced the sloped curb, allowing for easier access onto public sidewalks for those who need it.

Alan Gunzburg, an advocate for people with disabilities in Greenwich, shared details on how this act influenced many, including those who aren’t directly affected by disabilities.

“The Curb Cut affect says when you make a change for the small part of the population, it takes on for everybody,” Gunzburg said. “Curb cuts are used for people with bicycles, grown ups who can’t pick up their feet high enough, people with strollers, people will a cart pulling groceries, and of course, people with wheelchairs.”

Melissa Thomas, spoke very passionately about mental health issues, and public awareness of how serious and severe this disability can be.

“We go to the same yoga class, and walk our dogs on the same path, we both went to Greenwich High School… and you see me, but you don’t see my disability,” she said. “My disability is, for the most part, invisible. When it is visible, its easy for other people to explain away with pejoratives and blanket statements.”

Thomas shared how depression and mental health affect her, and people all around the world, every day. She spoke about how people who may seem normal fight battles others may not be able to see.

This event was held at the new Byram Park Pool, which proudly accommodates people with all sorts of disabilities.

Every area of the pool has gradual entries for those who can’t properly utilize stairs, and there are mechanisms in place to assist those who need to be lifted in or out of each pool. The lifeguards and other staff are able to assist those in need.