A new scoreboard was installed at Greenwich High School’s Cardinal stadium on Thursday.

According to Greenwich schools communication director Kim Eves, the gift of the scoreboard was from the Greenwich Athletic Foundation and was approved by the Board of Education at their meeting on June 14.

On June 14, the agenda item, submitted by then GHS headmaster Chris Winters and Greenwich Schools COO Lorianne O’Donnell, explained that the gift would be in the amount of $115,400, and that the package would consist of components designed and manufactured by Fair-Play a Translux company, and would include all structural engineering, contract permitting and installation. The package includes a custom LED base scoreboard, fair play game clock, Sony video camera system and Greenwich rear illuminated logo.

“The proper Town protocols and permitting processes have been followed, as well as EPA protocols, and the scoreboard has been installed,” Ms. Eves said.

On Thursday afternoon, the GHS school the cross country team was doing laps in the heat as thunder started to clap and the sky began to darken. The runners smiled when they noticed the new scoreboard.

GHS Athletic Director Gus Lindine said he hoped the scoreboard would be working in time for the Friday afternoon girls soccer game.

Its next use would be at the football season opener at home on Saturday, Sept. 8.at 4:00pm vs Trumbull.

Facilities director Dan Watson declined to comment, except to say he’d seen a demo of the system and that it was highly visible from the other side of the stadium, and was “spectacular.” 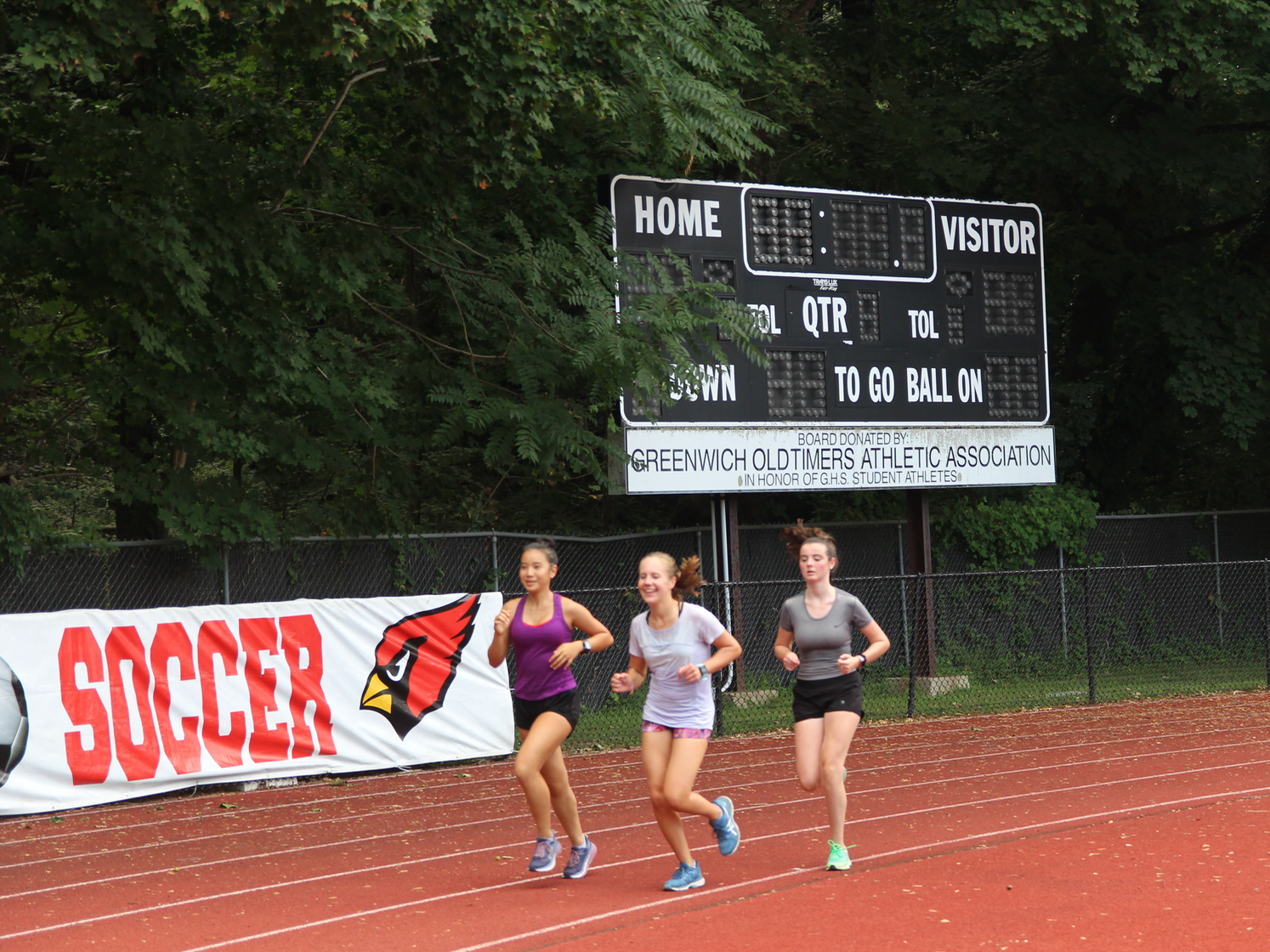 By email, Bill Effros, whose Old Church Road property abuts the GHS campus, said on Thursday afternoon that the erection of the new scoreboard indicated the school didn’t care much about its residential neighbors.

Effros, who reached an agreement with the Town in 2003 on lights at GHS, said the gift was prohibited and erected without notice or permission in his residential neighborhood.

“The Board of Education snuck the above item onto its June 14, 2018 agenda the day before the meeting without proper notice to neighbors,” he said, adding, “Pursuant to the Court Ordered July 22, 2003 Settlement with Greenwich High School neighbors, Board of Education gift acceptance must comply with all Town and BOE policies and procedures, and seek and obtain Municipal Improvement approval from the Planning and Zoning Commission before it can accept any gift donation.”

Effros said he would ask Superintendent Mayo to remove the new scoreboard, and if it is not removed that he would seek a contempt order in Stamford Superior Court that would prohibit all GHS use of lights after dark until the scoreboard is removed.

GHS Cardinal Stadium operates under a set of lighting restrictions that stem back to Mr. Effros’ lawsuit against the Town, which was settled back in 2003 in Stamford Superior Court.

At the time, Effros argued that the stadium lights shined into his and his neighbors’ homes.

Since 2003, Effros has consistently prodded local officials, citing what he says are violations of the 2003 settlement terms, which are explicit and numerous.

Aside from the scoreboard, there was talk last school year of reopening litigation with Mr. Effros on the overall issue of lighting fields at GHS, which came to a head when the school pushed its start and end time forward an hour and cut into daylight for spots practices.

At a special meeting last November, the BOE voted 6 to 2 to have the town file a motion to reopen the 2003 court order.

But, as recently as July, the Selectmen, whose blessing would be needed for litigation to move forward, voted unanimously not to.

Before voting against the idea, the Selectmen retained Cohen & Wolf, attorneys who specialize in municipal land use issues, for advice.

This is not the first gift from the Greenwich Athletic Foundation to upgrade Greenwich’s sports facilities. Last year they donated new bleachers to GHS. They also donated a new sound system to Hamill Rink.

Hamill Rink Will Soon Have Ice, and Sound Better, Thanks to Gift from GAF 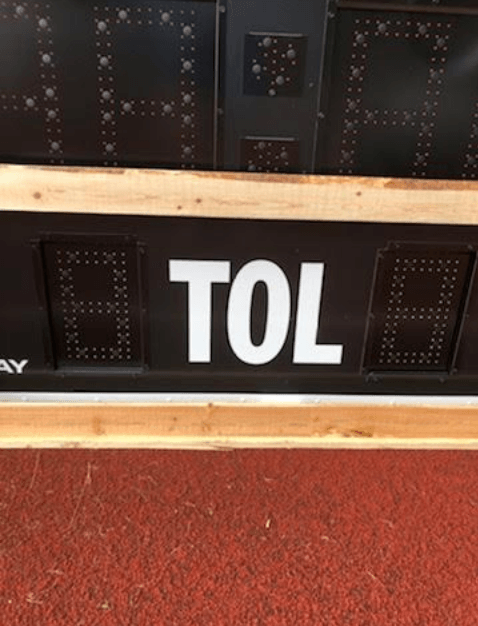 Closeup look at the new scoreboard. 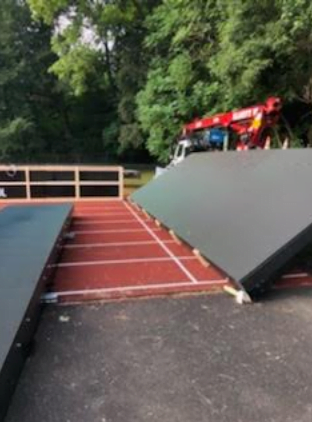 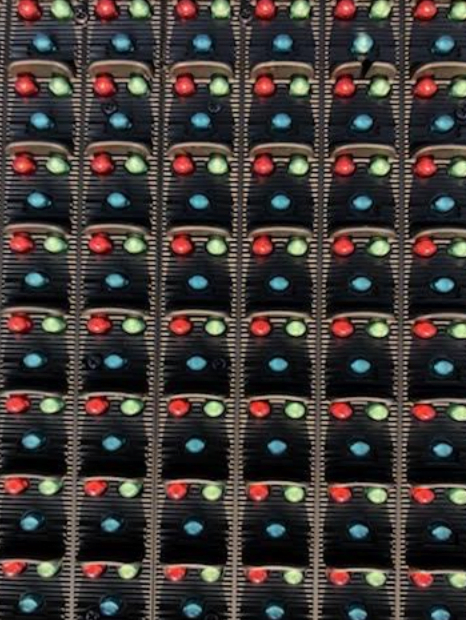 Even closer up look at new scoreboard. Contributed