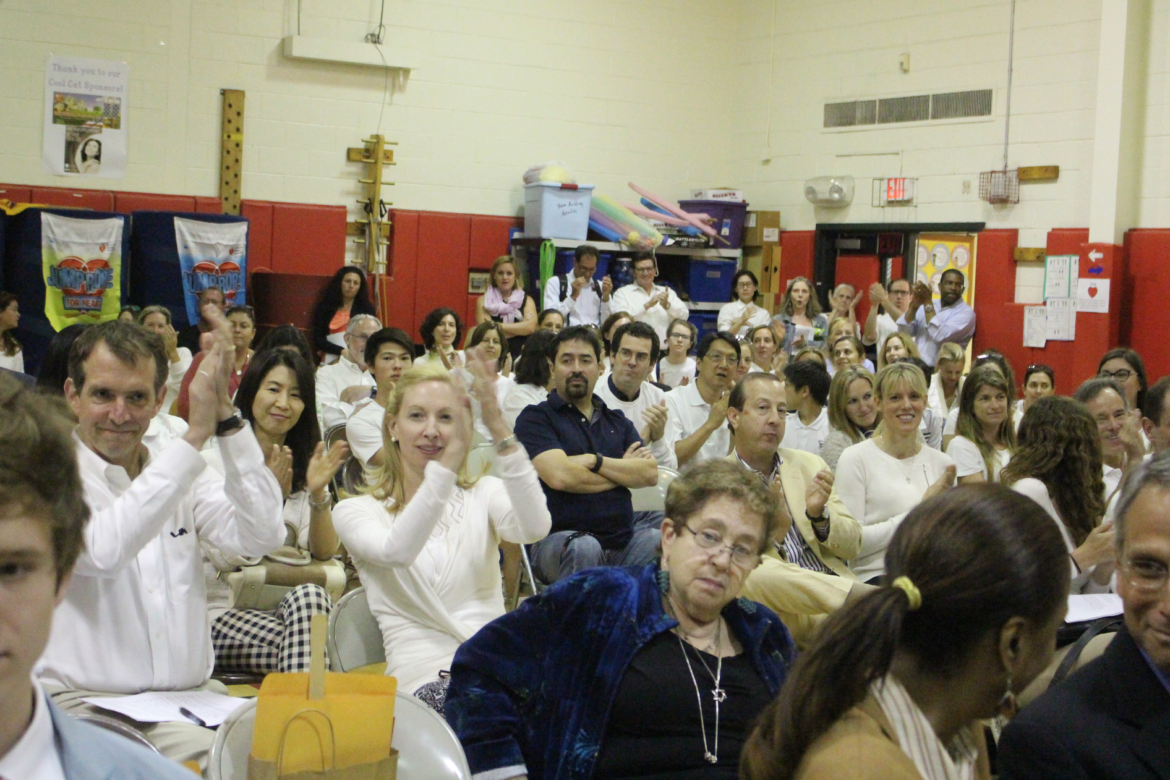 On Tuesday night, in a vote of 5-3, the Board of Education endorsed a later start at Greenwich High School, but they did not vote to approve option 11 or any of the specific option.

At the meeting, held in the tiny New Lebanon School gym, row after row of parents were dressed in white to reflect their support for later school start times.

During the extended public hearing, about 40 people spoke on the subject of start time. The majority spoke in favor of the change, though many were either opposed based on concerns of impacts to after school activities and athletics, or advocating a “refresh day” instead. 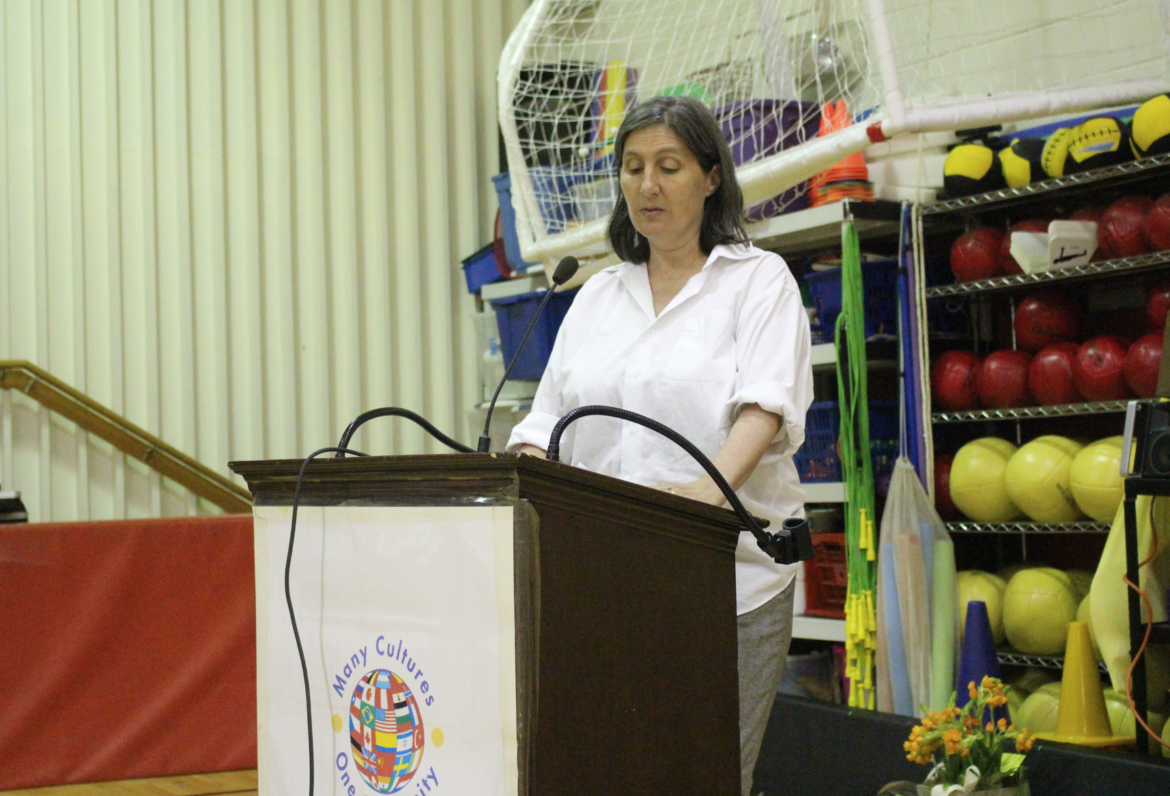 Alison Kural said she had been involved with the movement for later school times for 12 years. “Some previous speakers have asked that we spend more time studying the issue. The time has come to take action. It’s been twelve long years of studying the issue,” she said. “We can’t keep postponing this decision. I urge the board to vote in favor of option 11, with high school starting at 8:30am.” 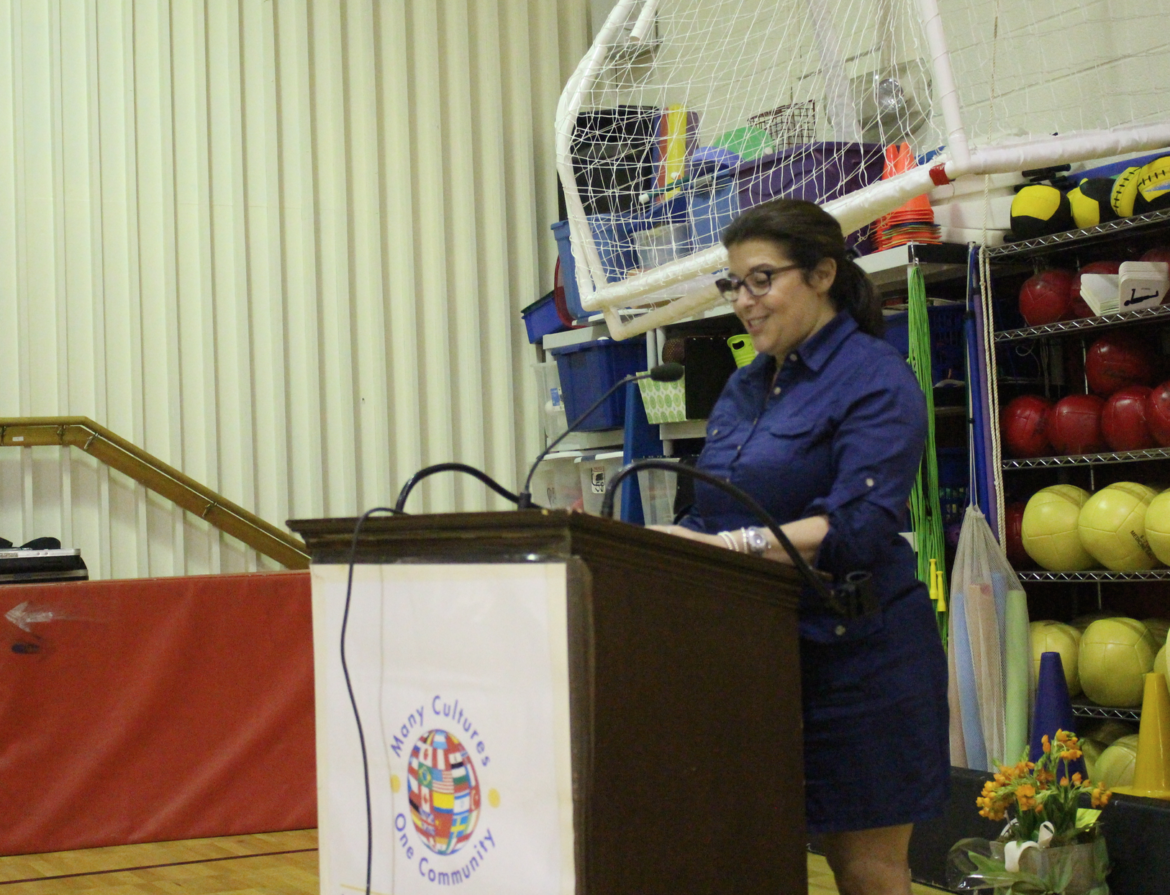 Leslie Breck, the parent of three asked the Board to vote against a later start time. She said only a small group minority of stakeholders favored the change.

“It seems the superintendent had ears only for a vocal minority of parents. What’s glaring is that the solution was figured out before the problem was really identified. We as a district need to go back and find out the real problem. Why are the students so tired. Why are they so stressed?”

Mrs. Breck said that in her Michigan hometown the high school adopted a “recharge Wednesday” and love it. 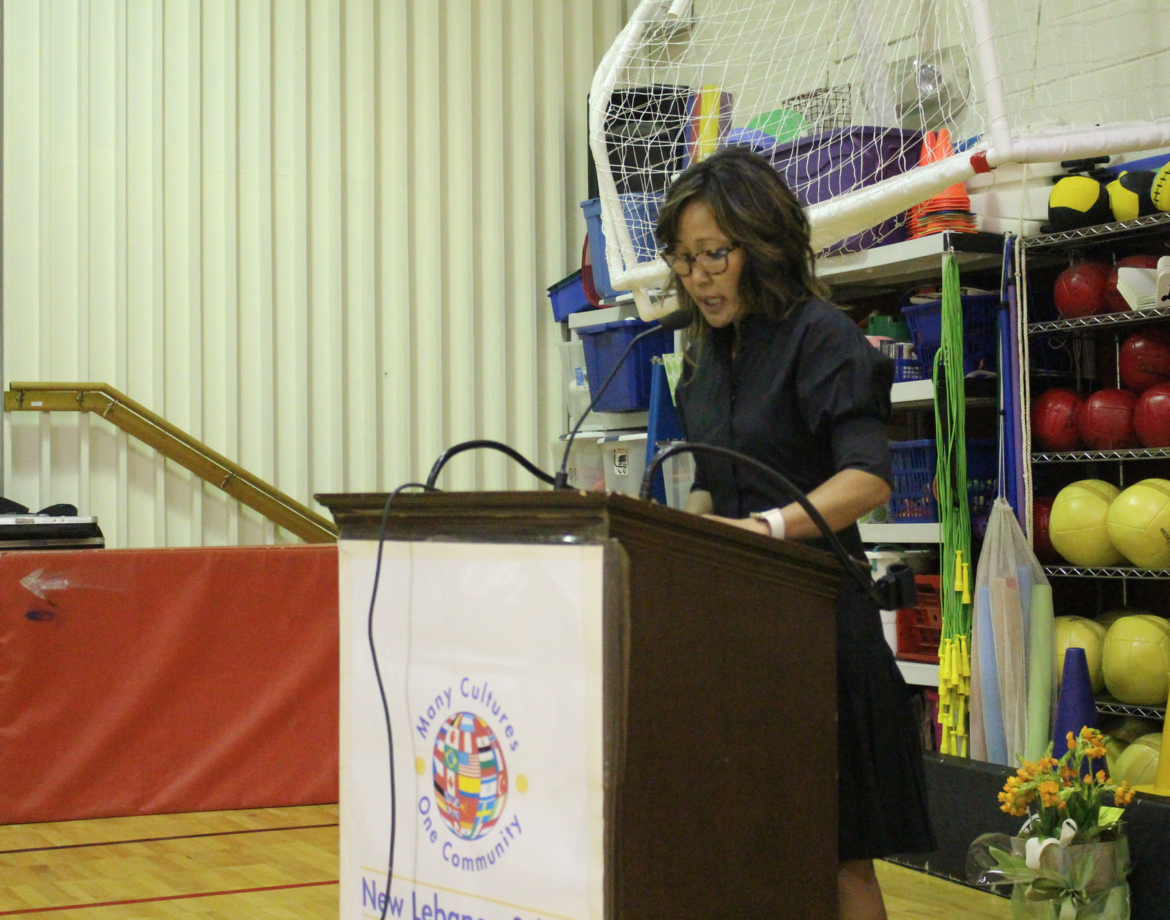 Sharon Sunoo asked how the BOE could vote on a late start without looking at impacts of late dismissal: limited daylight, limited fields and teachers leaving who have difficult commutes. “Why hasn’t the board considered ‘recharge Wednesday’ when 70% of students said they like the idea?” she asked. “You seem to follow a late start script and followed their step-by-step playbook,” she said, referring to the superintendent. 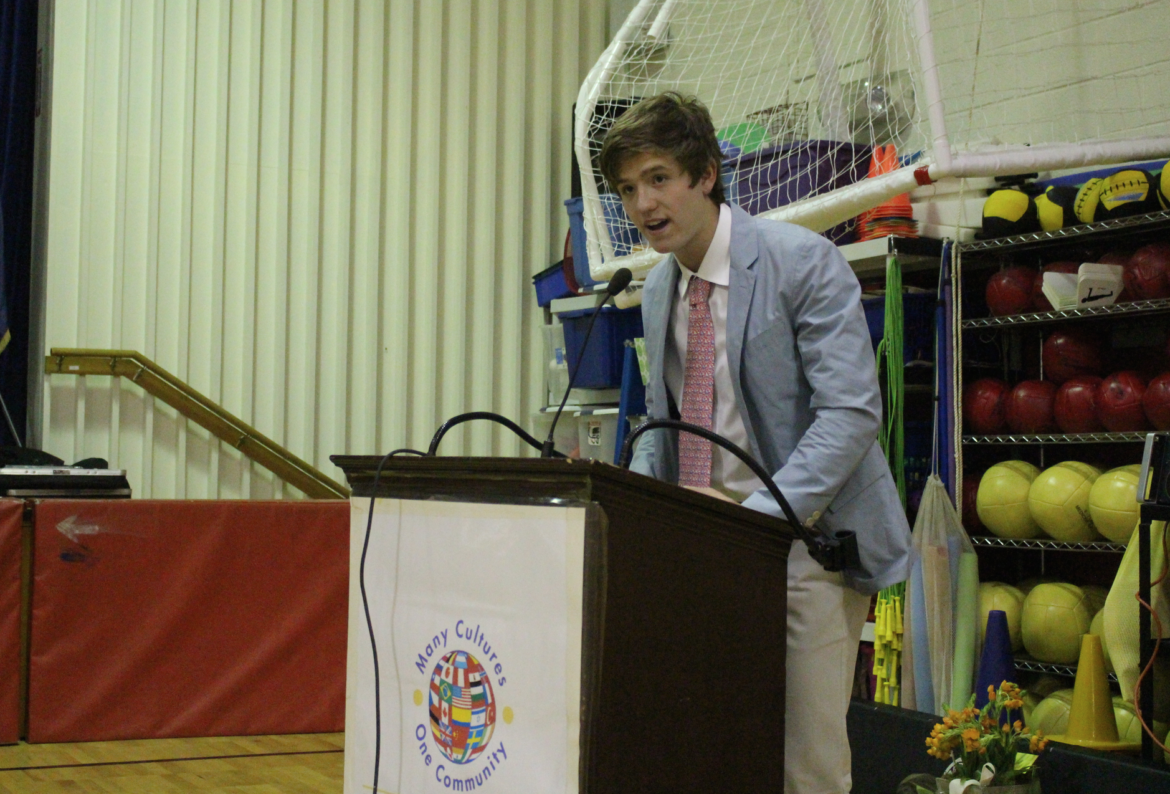 GHS student Harry Bound said the proposed later start time is anti-teacher, anti-responsibility and anti-family. He described the proposal as immoral. Specifically said it was a financial burden to parents of paying for extra childcare. He said there was research showing children’s Circadian rhythms could change.  He said there should be more responsibility on the part of GHS students as to when they go to sleep.

Valerie Erde, the founder of the Greenwich Chapter of Start School Later and a member of the start time committee, brought with her to the podium a petition with 1,700 signatures in favor of changing start times.

Erde who disputed young Harry Bound’s assertion that young students’ Circadian rhythms can be changed, pointed pointed out that earlier in the day, the AMA published a policy encouraging all middle schools and high schools to start no earlier than 8:30am to improve adolescent wellness. 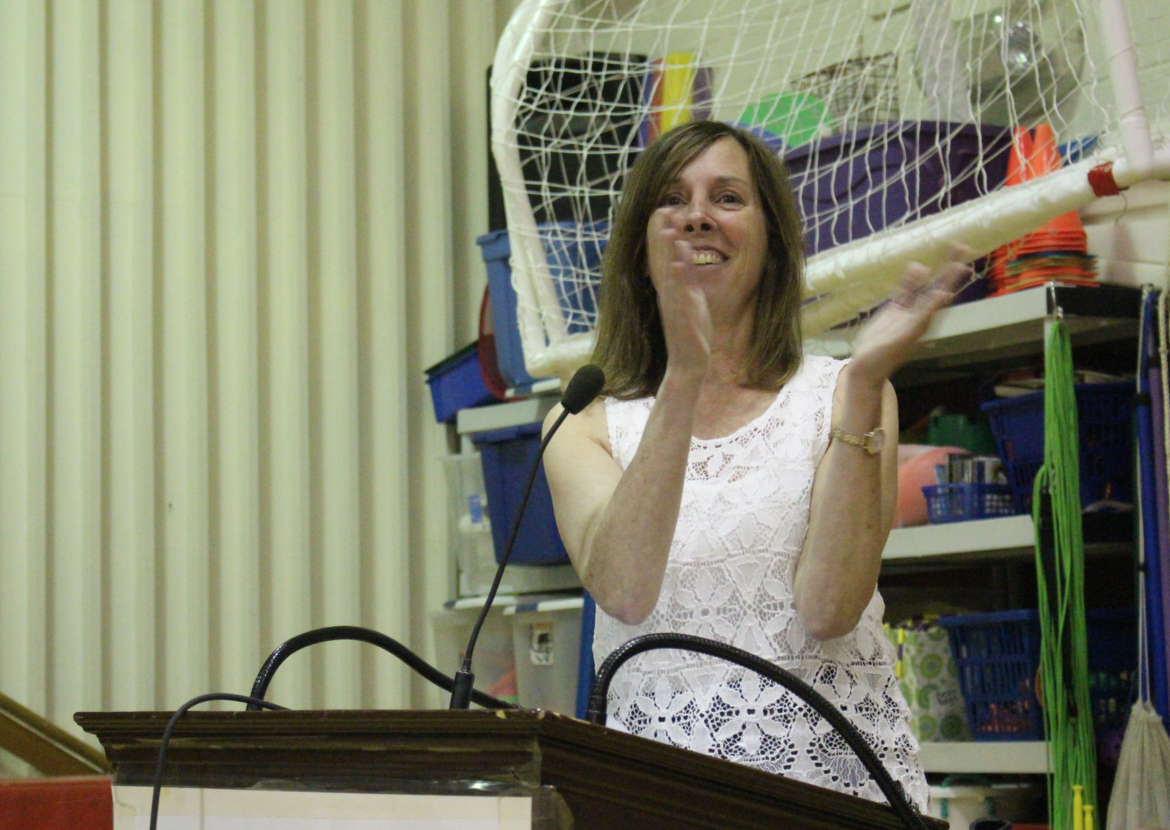 Erde acknowledged that later start time is not a magic solution to every problem teens face today.

“We have spent the entire year exploring the issue… and we have a solid recommendation from our superintendent,” Erde continued. “We have a community that has said loudly, clearly and consistently in surveys and online comment forums, and in a petition with 1,700+ signers that they want a change in start times.”

Erde said that option 11 is not perfect, but is a “great jumping off point for addressing the amount of sleep kids need” and is affordable.

“Board of Ed members, we voted for you and it’s your duty as elected officials to be accountable to those of us who elected you to be stewards of our children’s education,” she said. Ms. Erde then asked the audience to stand up if they were in support of option 11. 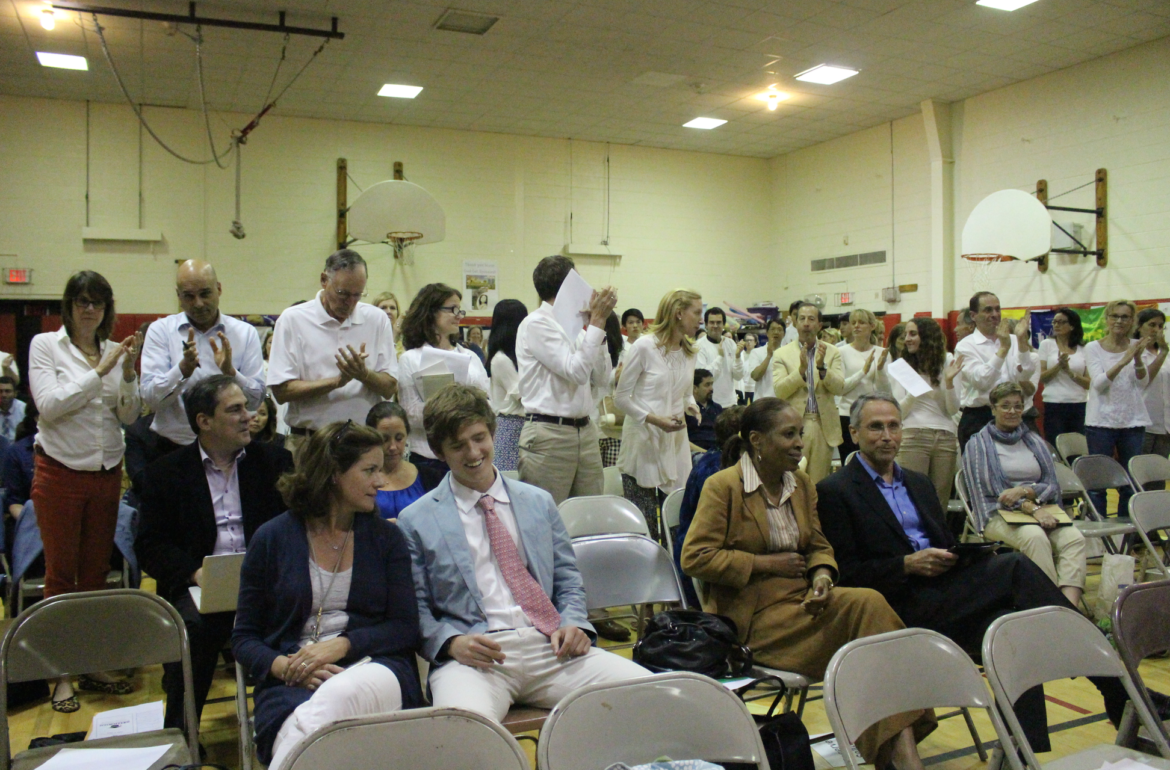 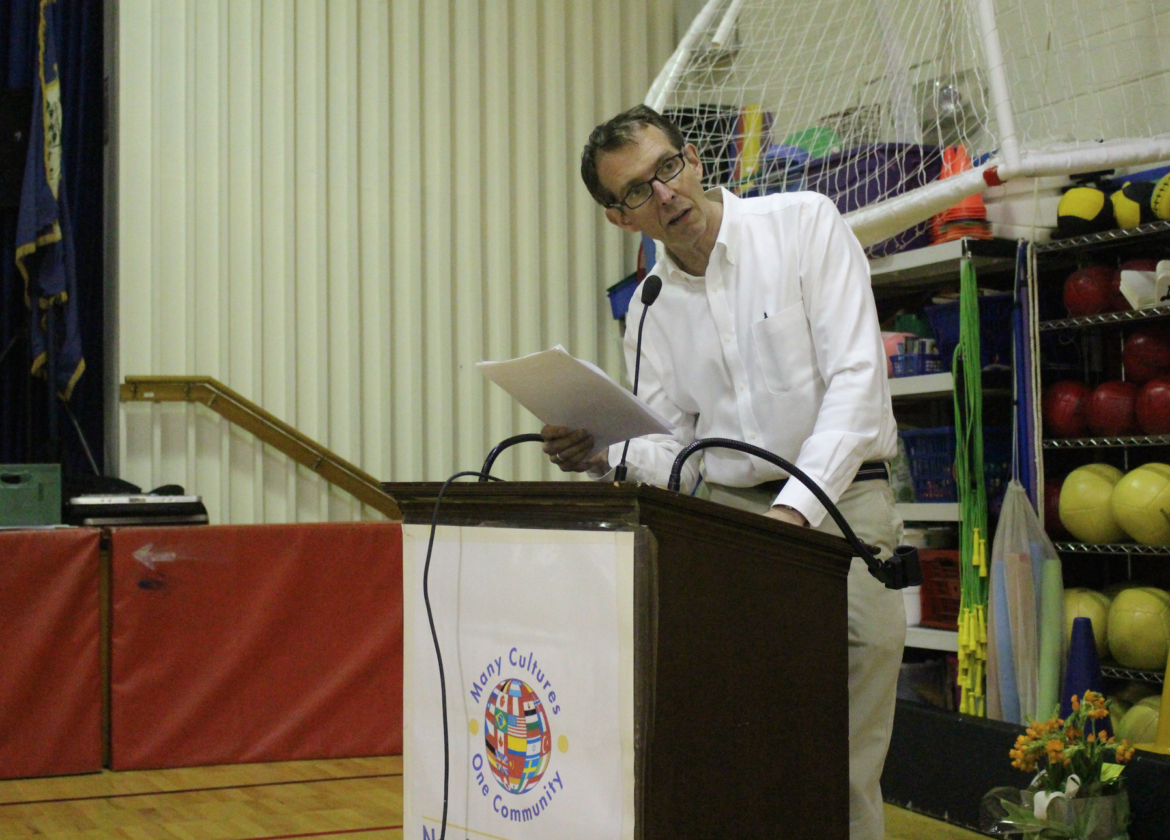 “Tonight the eyes of Greenwich, the region and the nation are on you. We want Greenwich to be a leading beacon district that attracts families, not a reluctant follower,” said Wheatleigh Dunham to the Board.

Dunham said he’d contacted many school districts that changed their start times and learned that there had not been teacher attrition. “Teachers are the heart and soul of our school system. If we lose even just one, that is too many. The bottom line is that teacher attrition does not measurably change.”

Dunham quoted Dr. Judith Owens, who came to Greenwich recently to speak on the topic of adolescent sleep loss: “In relation to later start times, to do nothing is to do harm. Chronic sleep loss in children and adolescents is one of the most common and easily fixable public health issues to date. 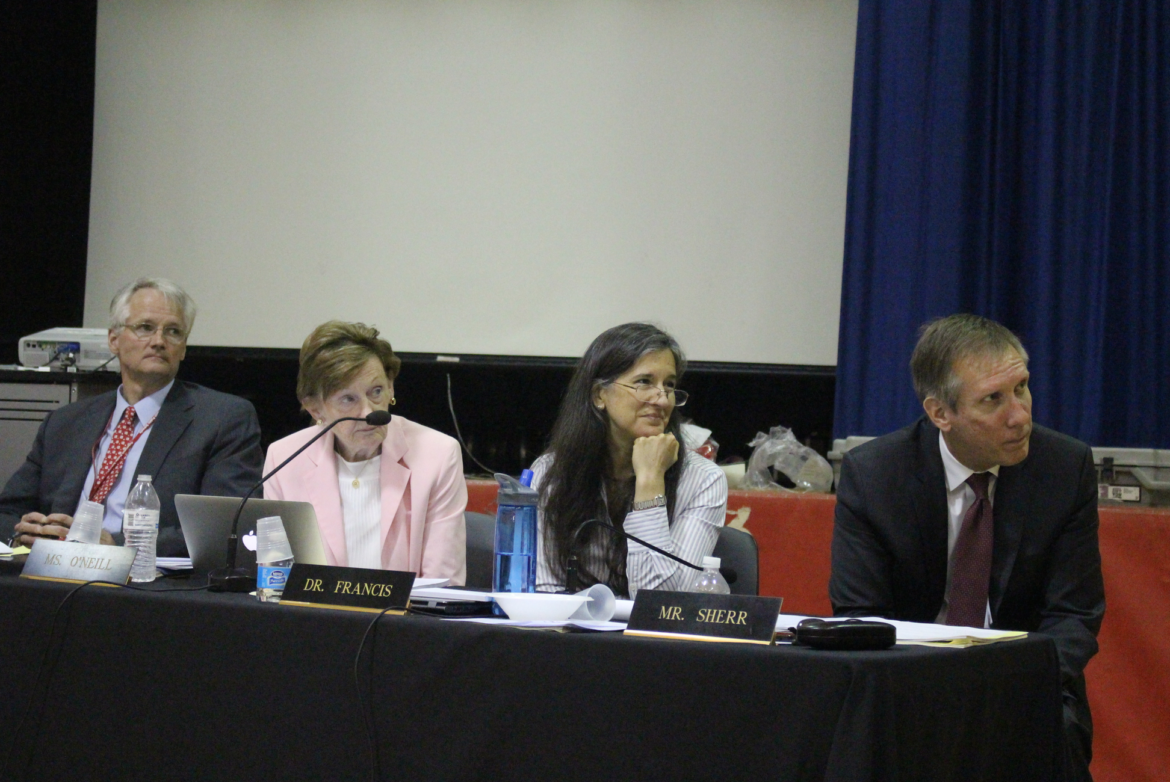 During the Board of Education members’ discussion of option 11, which would have GHS start at 8:30, elementary schools starting at 9:00am, and middle school start at their current (early) time, BOE members were uncomfortable with  the late start for elementary schools, and the impact for those families. There was also concern that option 11 keeps middle school start time early, while that age group is also impacted by the American Academy of Pediatrics recommendations.

Ultimately the Board voted on a motion with an amendment specifying that SBC return on Sept 8 with research on having all schools start between 8:00am and 8:45am, having GHS start at 8:30 am, and possibly having elementary schools staggered.  The Sept. 8 work session is the Board’s first meeting of the 2016-17 school year.

Dr. Francis  made a motion that if School Bus Consultants cannot produce a plan that meets the above requirements by Sept. 8, that the board would pass option 11.  That motion was voted down by Lauren Rabin, Debbie Appelbaum, Laura Erickson and Peter Bernstein. 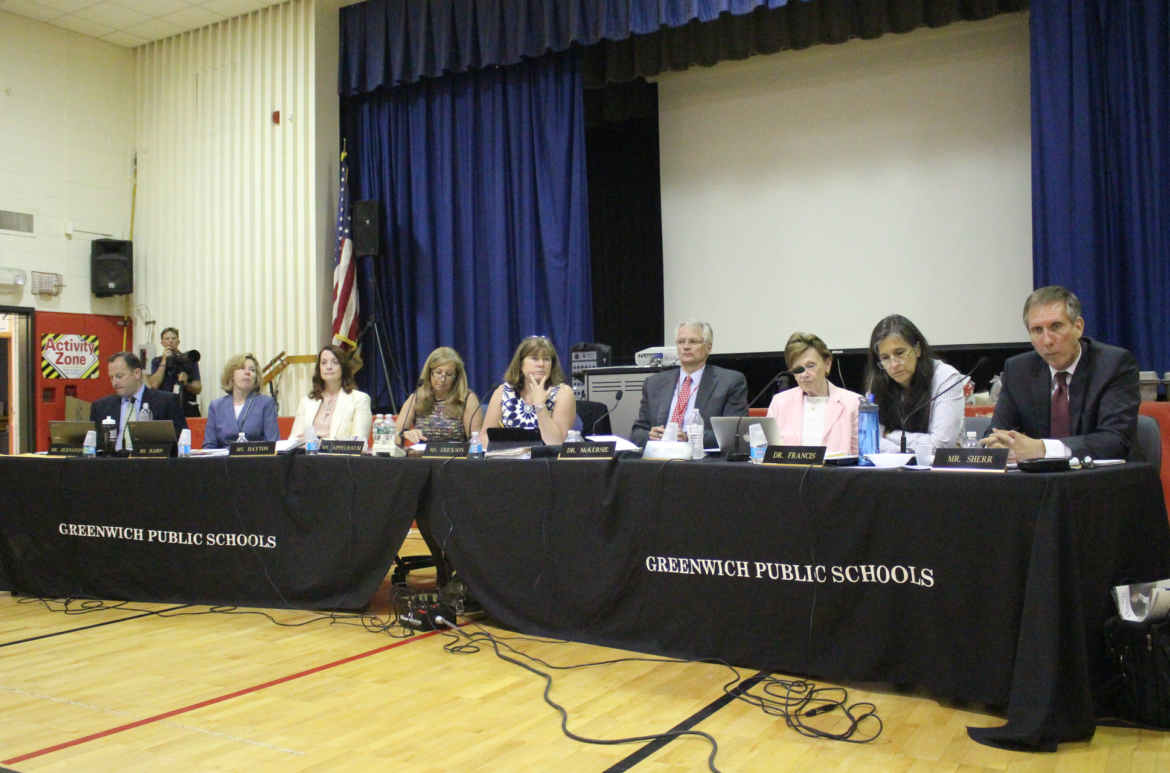