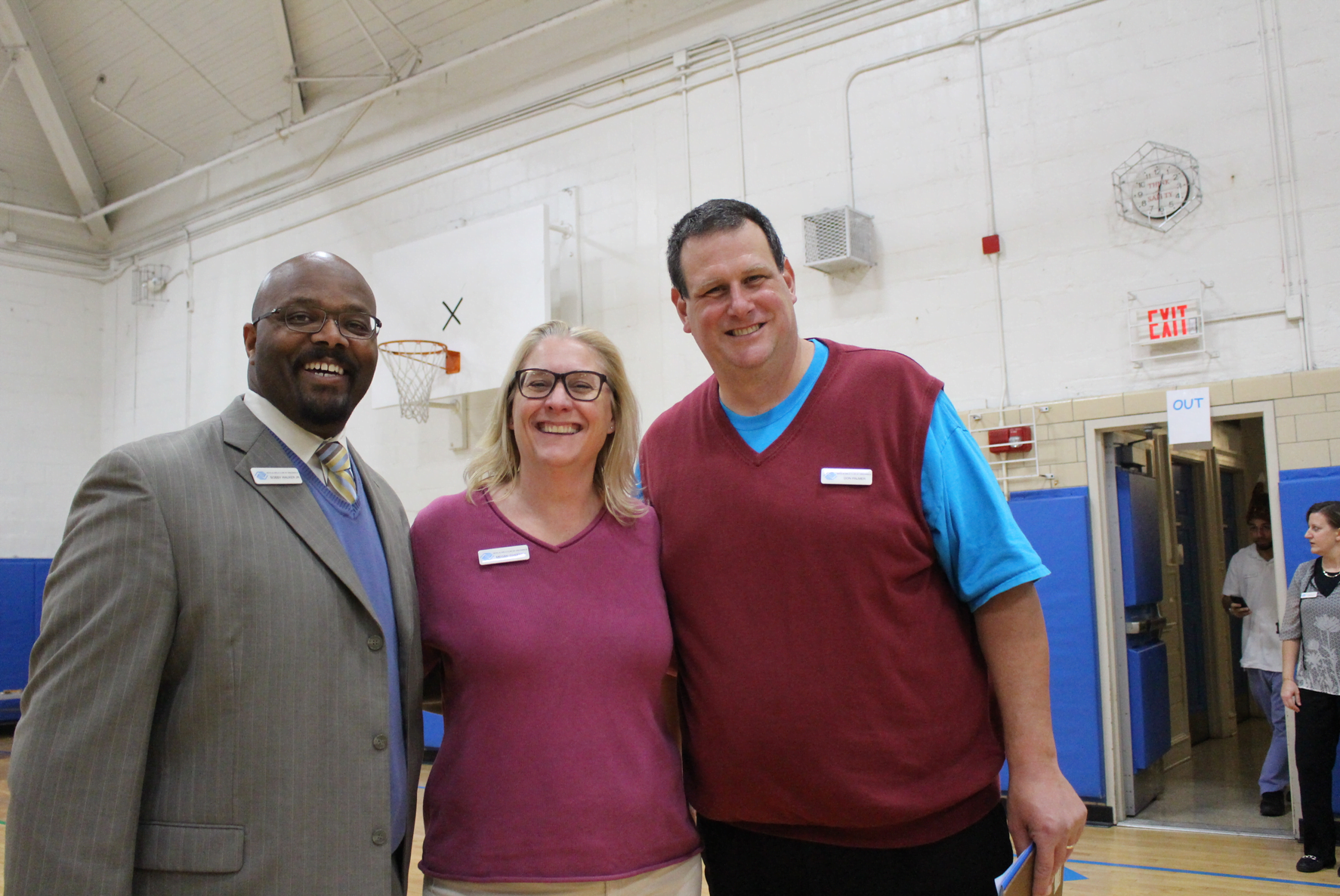 Thursday’s surprise snow storm took residents by surprise. Since schools did not have an early dismissal, for which the Greenwich Schools superintendent apologized, rush hour traffic was snarled and chaotic.

Cars were spinning out on slippery streets.

Readers vented their frustrations in comments on GFP Facebook.

“Roads were closed everywhere. Took us hours to get home,” one reader said in a post.

“I was stuck for 30 min with tires spinning – it’s bad out there!” another reader said.

On a bright note, Bobby Walker the CEO of the Boys & Girls Club of Greenwich said he was proud of his staff who went to great lengths to  offer a safe space and feed stranded children from all parts of town.

“We had children in the building until almost 9:30 pm on Thursday night,” he said. “The entire time we had kids here, they were surrounded by one of the most caring and dedicated Staff anyone could be blessed to have.”

When the district decided to cancel after school activities, the Club initially canceled their after school programs and asked parents to pick up their children as quickly as possible.

But when the snow came down much harder than anyone expected, and  stories poured in about horrific traffic jams in all directions, Club staff improvised.

One parent arrived looking for his child from North Street School, but the bus had not arrived.  Mr. Walker said a phone call to the bus company revealed that the bus was stopped near Greenwich Avenue because traffic was at a standstill in central Greenwich.

Mr. Walker called the bus company to ask whether staff might walk to the bus and bring the children back to the Club because by that time they had been on the bus over two hours.

At the same time, Chief Heavey of the Greenwich Police Department called to let Mr. Walker know that one of his officers was taking the children off the bus and walking them to the Club.

“We decided to meet them on the Avenue,” Walker said, adding that another call from Greenwich Police alerted him that a small group of children from Eagle Hill School were also stuck on their bus near Greenwich Avenue and also needed a place to go.

Inside the Club, Deelia Wadsworth and Shannon Olsen realized that the children were getting hungry and got to cooking pancakes for nearly 100 youngsters.

As the group connected with Sergeant John Thorme and the young people, the head of Club security Steve Hickey placed an order from Planet Pizza.

Mr. Walker said that on the way back to the Club, yet another stranded bus was spotted with 14 children from Greenwich Country Day School on it. Sergeant Thorme brought them back to the Club as well.

Staff contacted the parents of all the “visitors” and Mr. Walker spoke with the Head at Eagle Hill School letting them know that their children were safe and enjoying pancakes and pizza.

“The parents from both schools and our club members’ parents were singing your praises for taking care of their children,” Walker wrote to his staff. “The last children were picked up by 9:30pm.”

“All of the kids were in great moods because they were safe at their Club.  And I realized, in this moment, that yesterday epitomized what this Club is all about,” Walker continued. “We will go to any lengths to take care of children.  We welcome kids from all over Greenwich into our little home to surround them with the very best care, instruction and, dare I say, love.”

Walker noted that in this season of thanksgiving, he is truly thankful for all Club staff and the extraordinary lengths they go to prepare young people, through enrichment opportunities and supportive relationships, to be responsible, caring, and productive community members.  “You change lives daily!” he said.