This Saturday, May 30, Greenwich residents are invited to ride their bikes around town and share the experience with the hashtag  #PedalGreenwich on social media.

“One of the silver linings of this shutdown is that people are taking up a more active life style harkening back to when we were kids and rode our bikes everywhere,” Camillo said. “Your parents weren’t always around to give you a ride. Bikes came from Gene’s Bicycle Shop on the bottom of the Avenue.”

“If we can establish some kind of tradition here – like the Bronx River Parkway, this is the time to focus on that,” Camillo said. “I think there is support for it.” 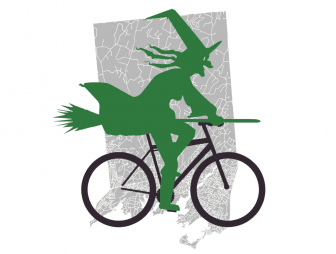 Avid cyclist Bob DeAngelo who rode his bike across the country 10 years ago to raise funds for the Boys & Girls Club of Greenwich, said he had passed through numerous bicycle friendly towns and hopes to see more of a bicycle friendly culture in Greenwich.

“Pedal Greenwich was my wife Jan’s idea. The thought is to capture this energy,” DeAngelo said. “We’re seeing so many people riding on town roads where we’d never seen bikes before. We’ve seen families with little kids bicycling on Stanwich Road.”

DeAngelo said for six years his family lived in Germany where bicycling is a way of life.

Selectperson Oberlander said, “We’re working to make Greenwich more bike friendly. It’s a healthy way to get around. We’re putting up signs on heavily traveled routes to alert drivers they might encounter a bicycle and remind them to share the road.”

Oberlander said the Board of Selectmen and the Town’s Sustainability Committee are looking to identify routes to add this type of signage.

“What we want to get here is a good bike culture where everybody is safe,” DeAngelo said, noting the state’s ‘Three Feet Passing Rule.’

“We’ve got to start somewhere and this is a good start,” DeAngelo said of Saturday’s Pedal Greenwich effort. “There’s a lot of little kids learning to ride bikes. They’re getting into it and they’re a little unsure of themselves – they don’t look when they cross.”

“There could be some safe mountain bike trails at Camp Simmons or Camp Seton,” he added. “We could run clinics for kids. Put them on a bike with no cars and let them get steady on the trails.”

DeAngelo said ultimately he’d like to see bike lanes in Byram and Chickahominy that lead to the Byram Pool.

For now he said, he hopes Saturday’s Pedal Greenwich effort will capture the current enthusiasm for bicycling and “create some champions.” 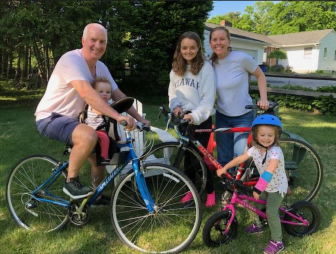 “I hope to meet some people Saturday who are into this, like the Kane family, so we have a stronger voice to push a bit,” he said.

All are invited to share their bicycle photos on Saturday, May 30, on social media with the hashtag #PedalGreenwich. 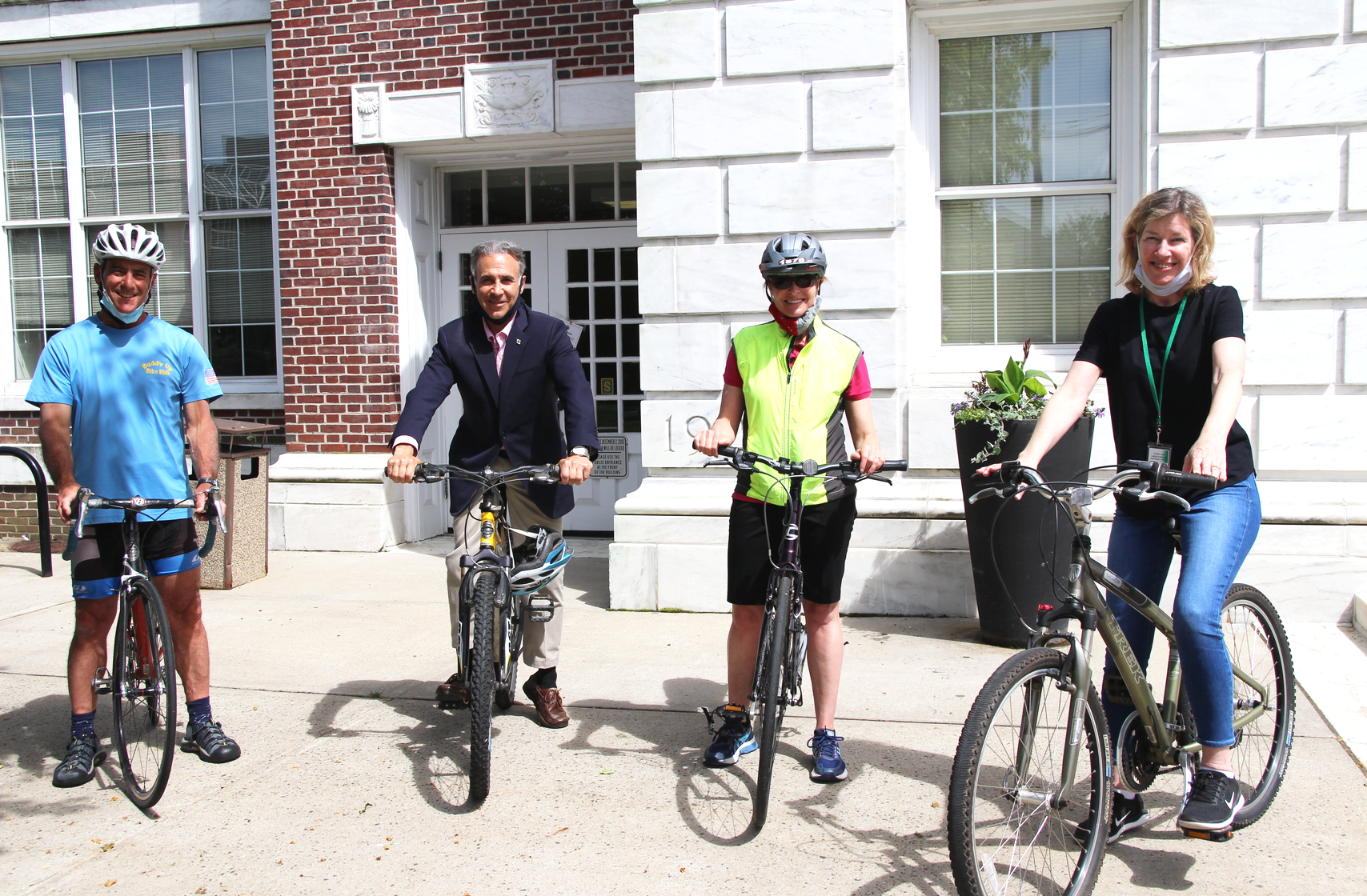