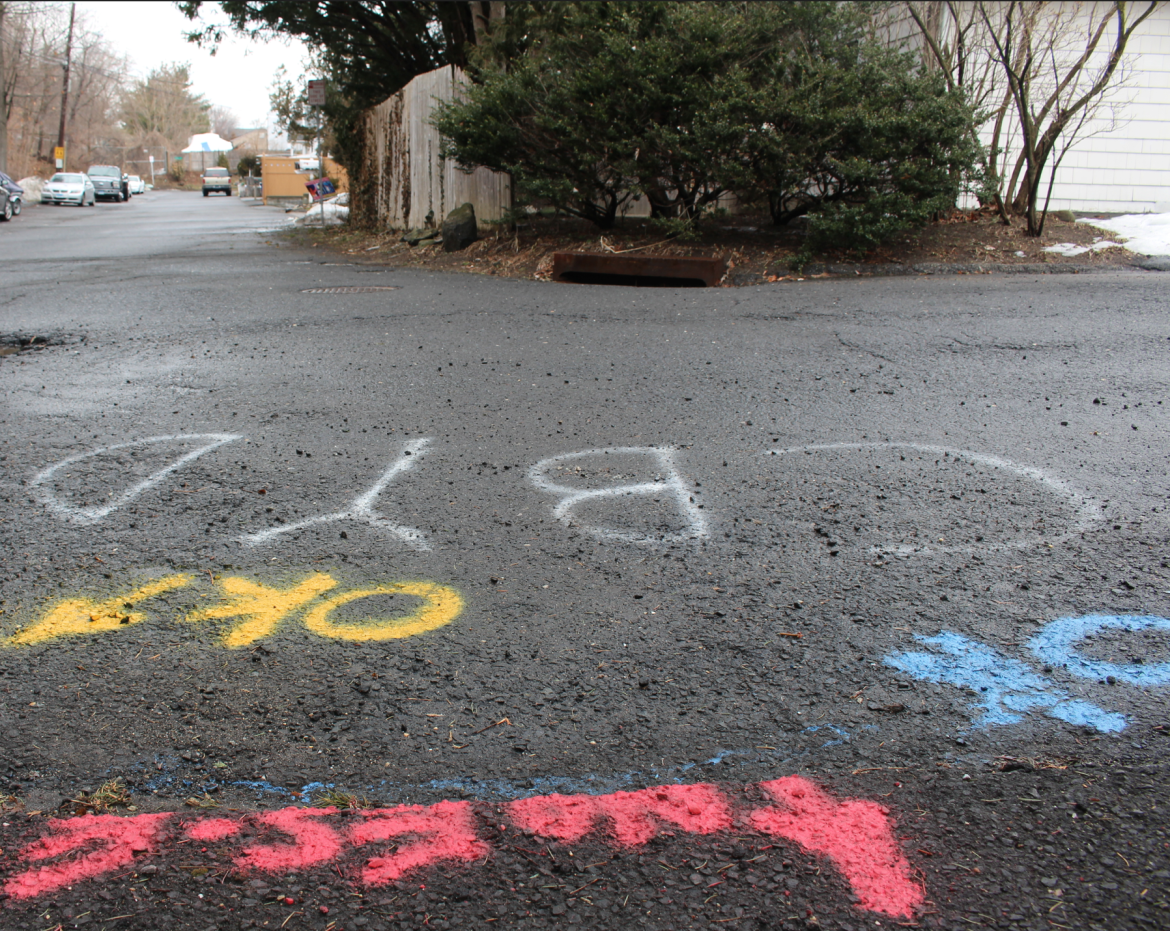 On Monday CBYD said they’d given permission to the Housing Authority of Greenwich (HATG) to dig in the corner of Armstrong Court, near Booth Court and the former dump as early as Thursday. Bright and early on Thursday, a crew arrived.

Joe Pecora and Tony D’Andrea, the engineer retained by HATG, worked alongside two men from Ralph Longo Construction, who operated a backhoe and maneuvered blue tubes into the holes. 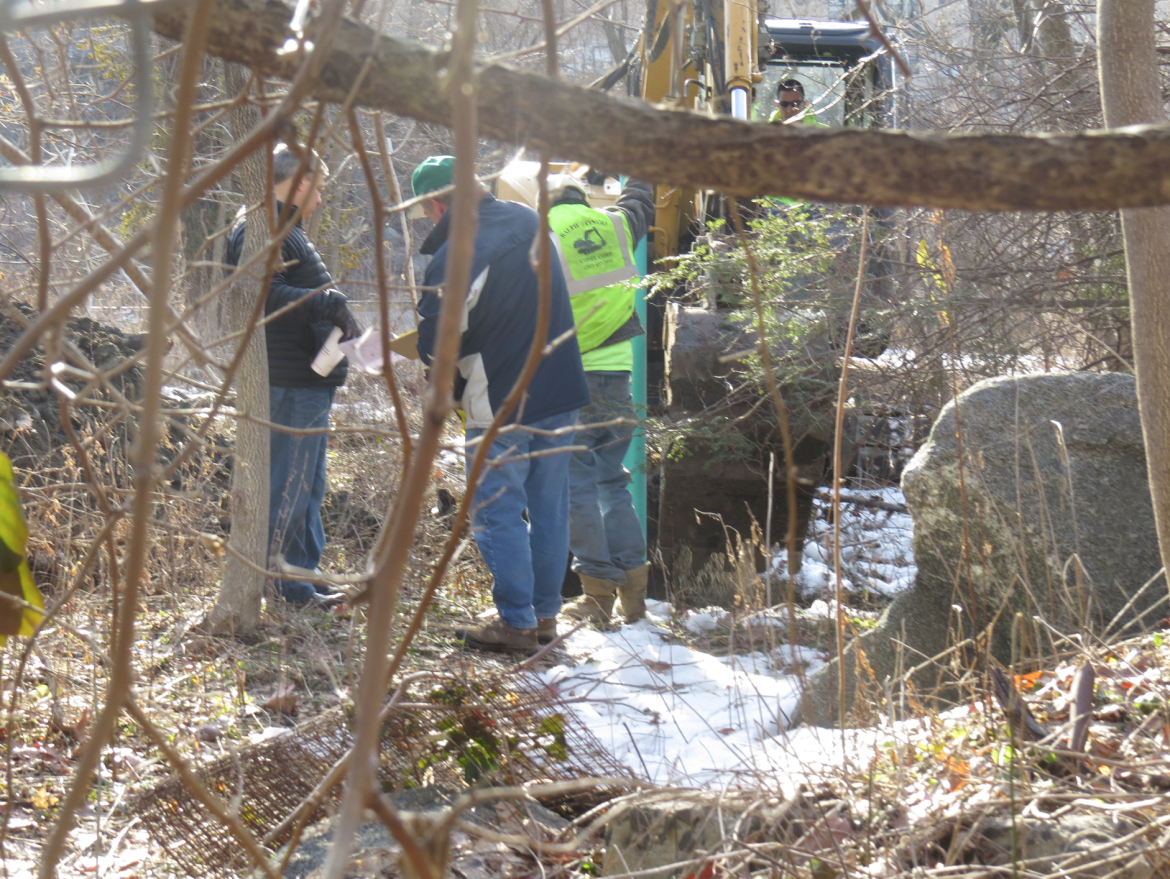 The tests are being completed at the request of Planning & Zoning who heard testimony from residents including Christine Edwards and Syl Pecora, along with Dawn Fortunato and Otto Lauersdorf of Booth Court, about fears of a cancer cluster in the residential neighborhood adjacent to the former dump.

Mr. Lauersdorf, a former dump incinerator worker, suffers from Leukemia and Prostate Cancer testified, at the March 10 P&Z meeting that he had dug pits to dump poison from Electrolux and the incinerator. Ms. Fortunato who resides on Booth Court testified that she was diagnosed with cervical cancer at the age of 36.

There was much debate over the contention of residents, in particular Dawn Fortunato of Booth Ct and Mike Finkbeiner, that a pond had existed on Armstrong Court property behind the former dump, that has since been filled in. 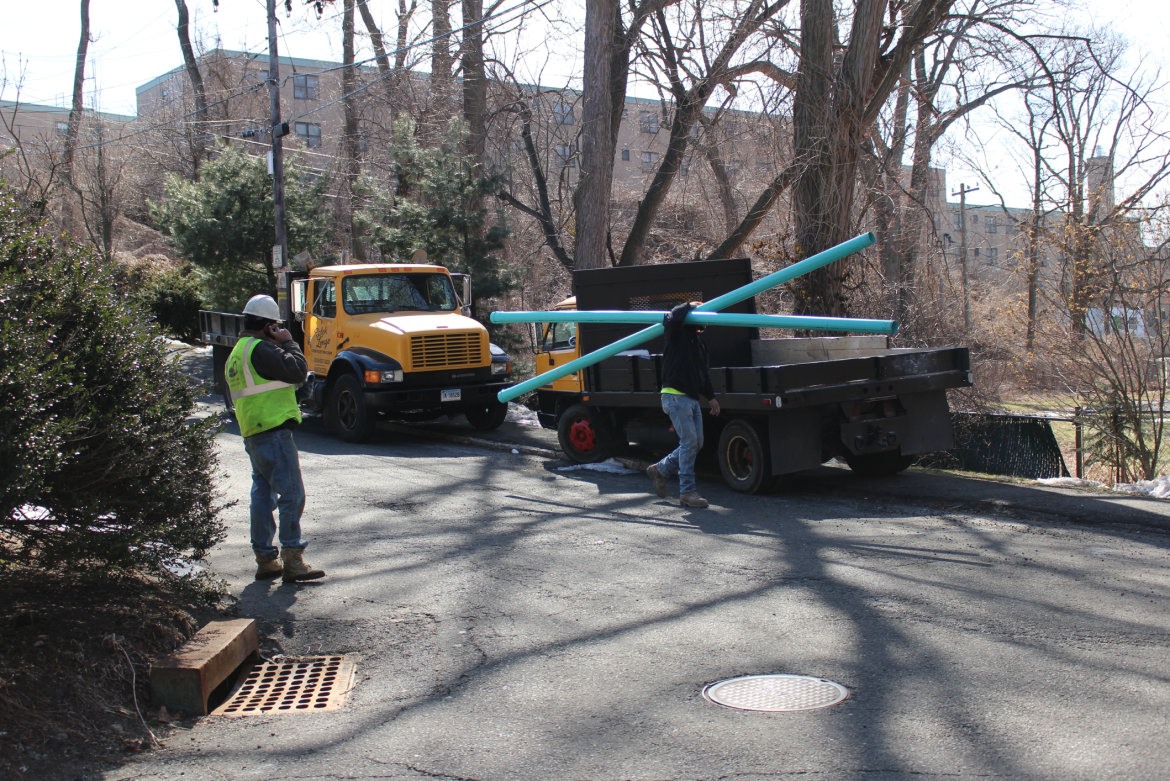 Workers from Longo delivered a series of blue tubes to the test site on Thursday morning.

Though he wasn’t sure the pits he had dug and filled were on Armstrong Court property or the Town-owned dump, Mr. Lauersdorf was certain that a pond had existed there as late as 1958, and has since been filled in.

Tony D’Andrea, the engineer hired by HATG, insisted there had never been a pond other than Muskrat Pond, which is on Town property at the site of the former dump.

The Planning & Zoning commission voted to require the soil be retested anyway.

Recently on his radio show on WGCH 1490 AM, First Selectman Peter Tesei said P&Z had exceeded its responsibility in requiring the soil re-tests at the corner of Armstrong Court near the former dump and Booth Court.

Mr. Tesei said the initial tests in that area were deemed clean by a reputable company, Melick-Tully.

The soil was first tested in October in anticipation of a parking lot that would have serviced a large senior housing building in “the hole” between Armstrong Court and Booth Place.  The senior housing proposal has since been withdrawn. 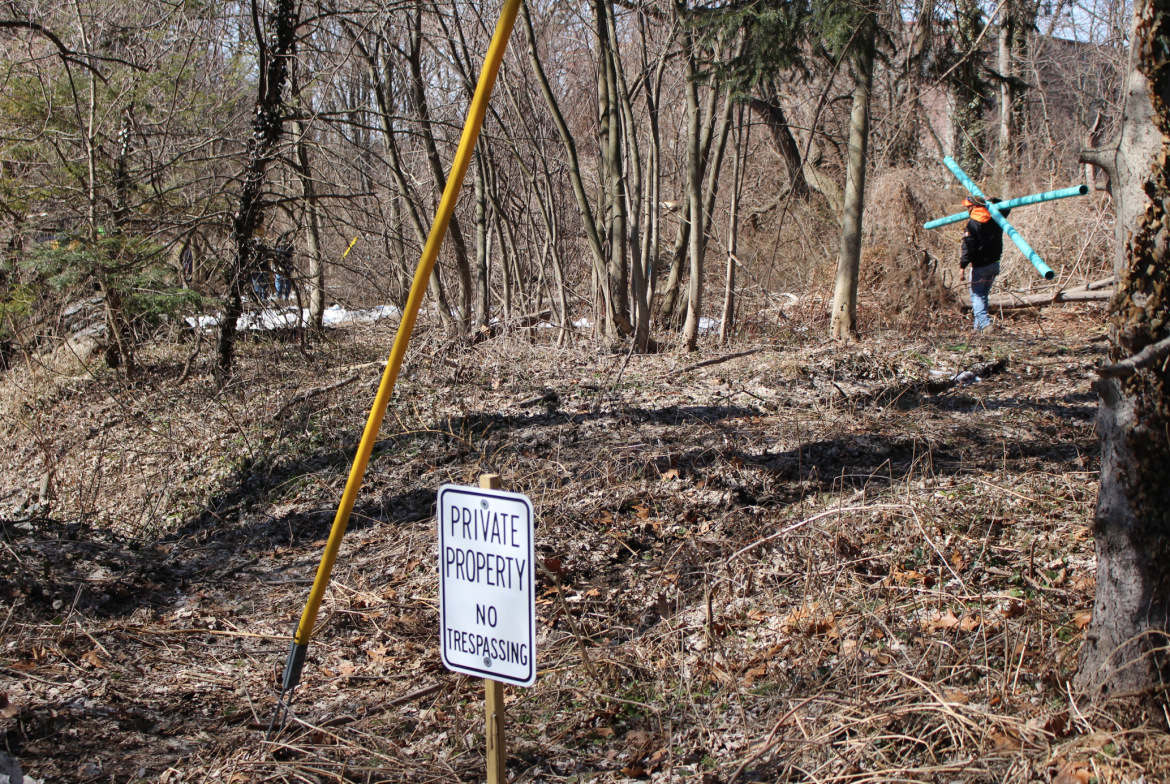 On Thursday a new, more permanent “No Trespassing” sign was in evidence at the corner of Booth Court and Armstrong Court, keeping curious neighbors and onlookers at bay. Greenwich Police were present on and off throughout the day. On Friday a snow storm precluded testing from continuing and several blue tubes were left protruding from the freshly excavated holes. 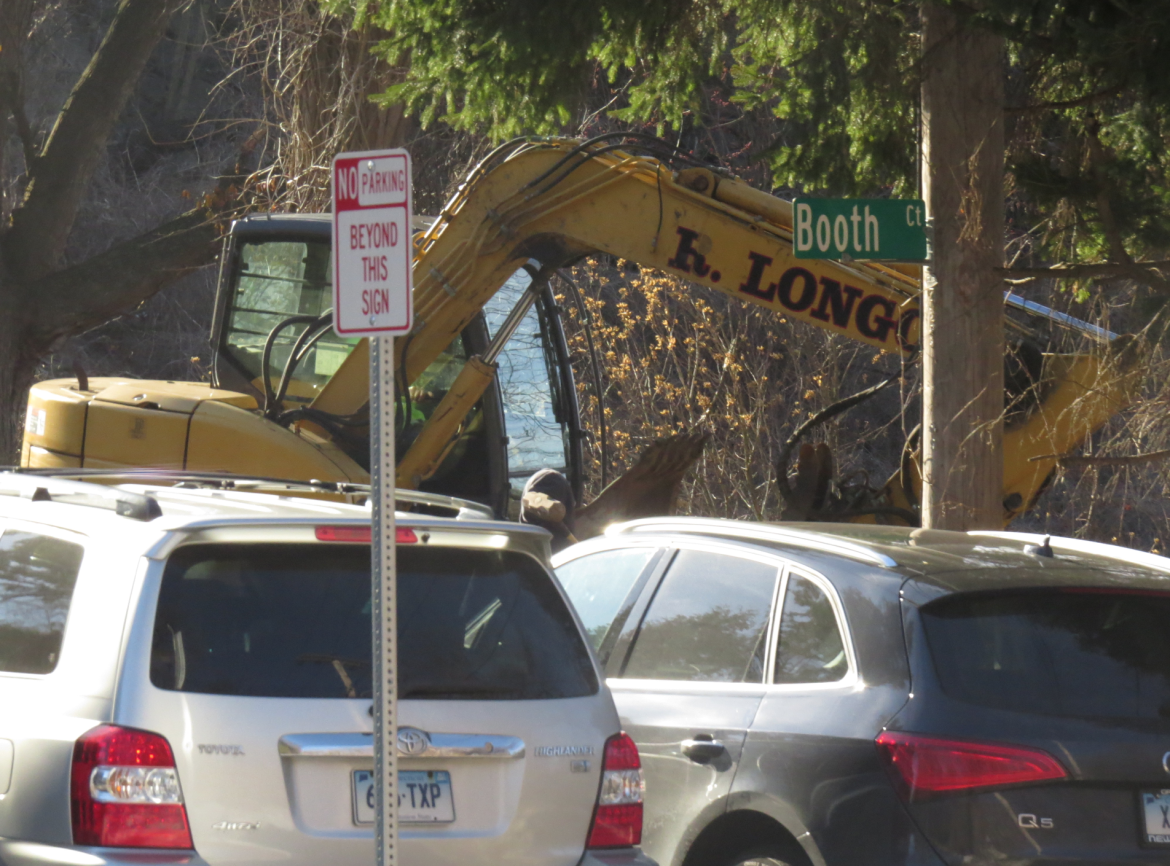 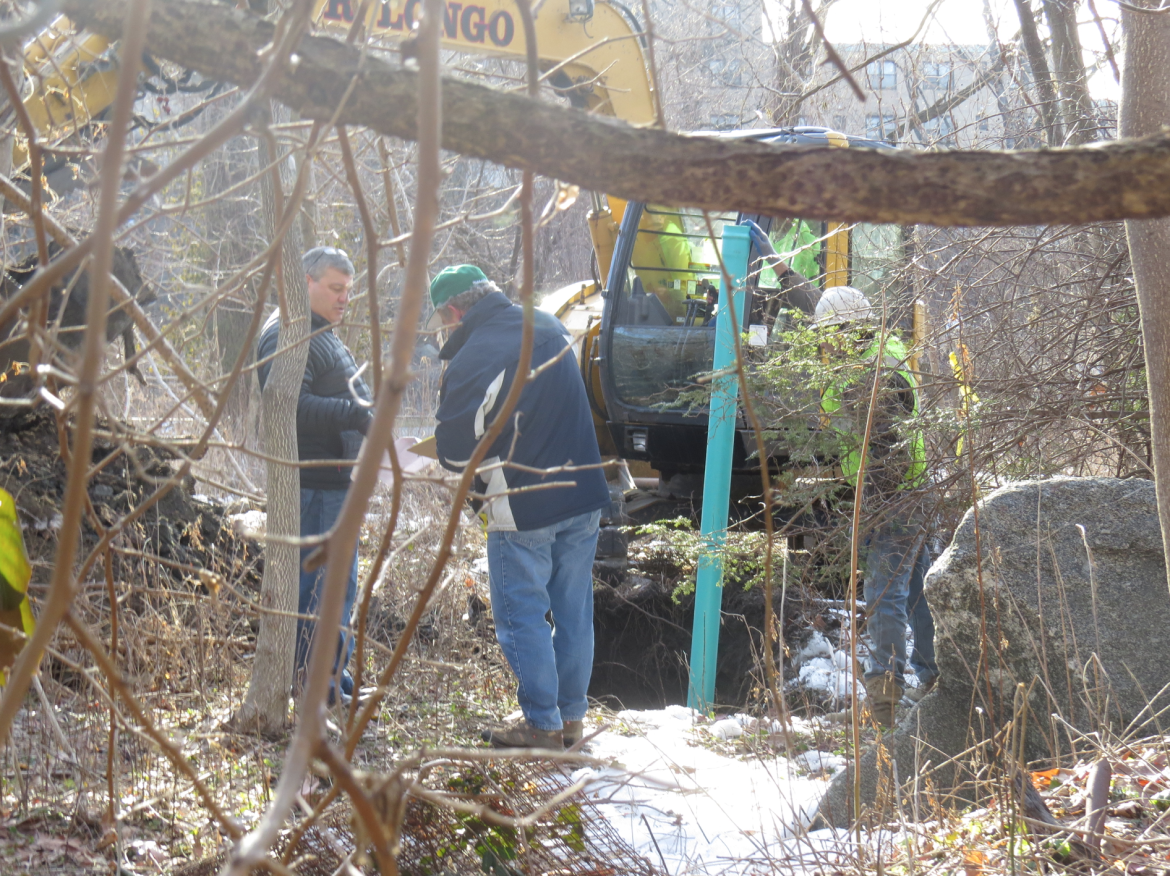 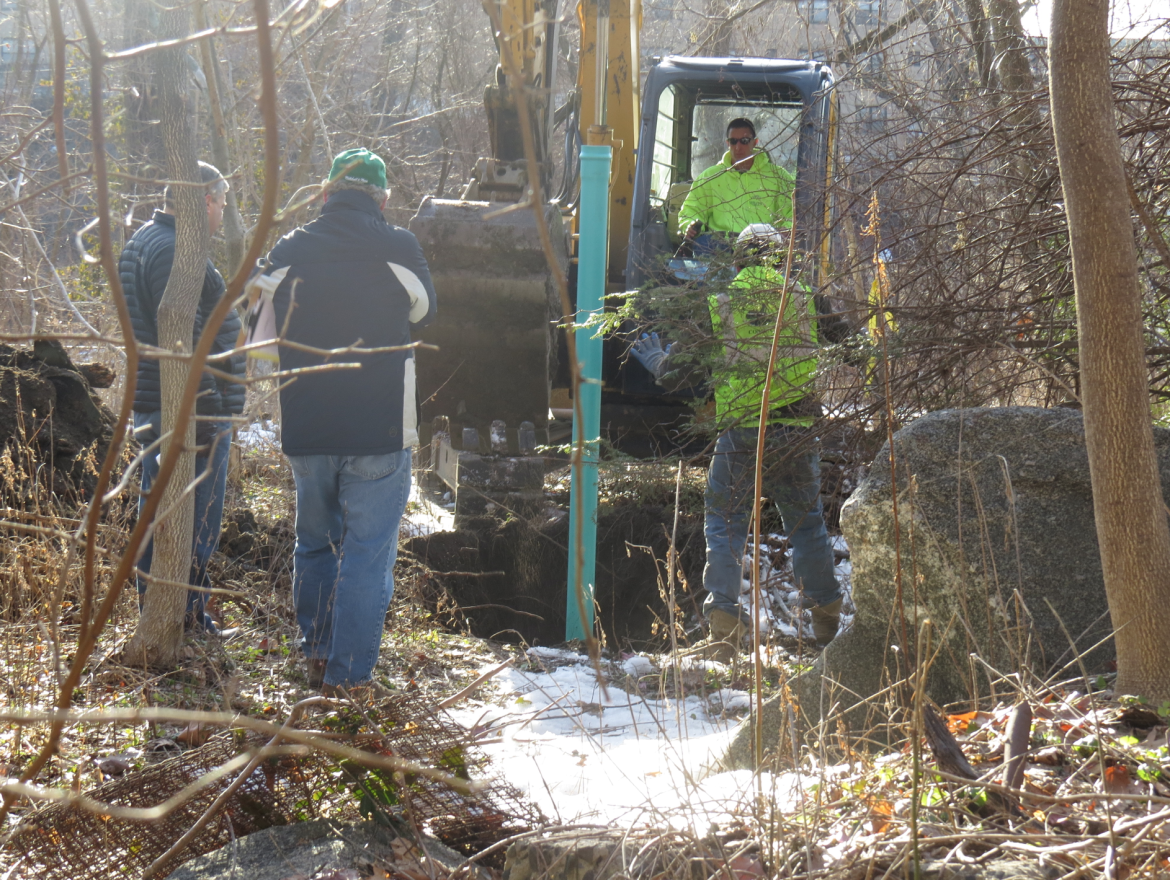