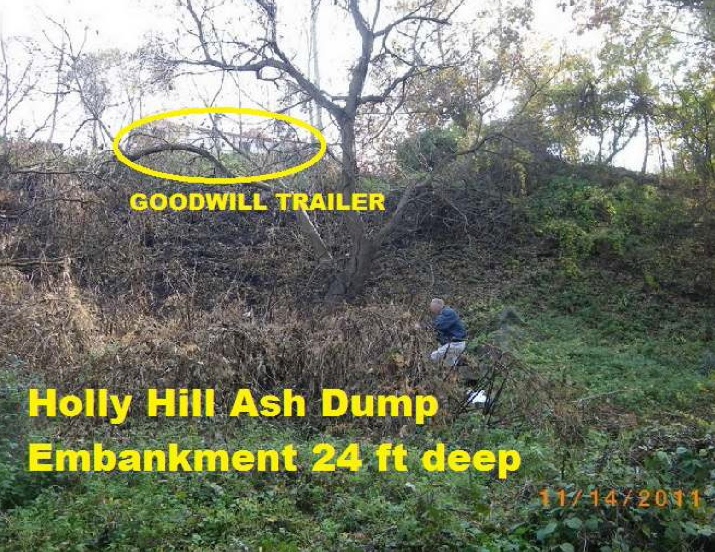 The First Selectman comes to the defense of his DPW Commissioner, stating her “impeccable” credentials should be relied upon, along with the soils report at Armstrong Court provided by the Housing Authority to the Board of Selectmen and P&Z for the Municipal Improvement. He expressed considerable disappointment in P&Z calling for two additional soil tests by a different firm.

Mr. Tesei argues that there were no violations found of the State and Federal standards for toxic exposure of lead or chromium in the soil. He repeats widely announced results by the Housing Authority that the project is “clean and green.”

His conclusions were flatly mis-lead, because the Housing Authority suppressed its unfavorable findings from its own consultants, Fuss & O’Neill EnviroScience, LLC in April 2014.

It hired a New Jersey firm not licensed as Environmental Professionals in Connecticut, and they mis-represented the CT standards, so the bad test results were not revealed. Mr. Tesei is very correct, however, that there is lots of mis-information.

In my independent investigation of Tom’s Brook in 2011, I reported to the Housing Authority that un-remediated embankments of incinerator ash at the old dump were leaching toxic metals into the brook running through the dump. As Armstrong Court is directly downstream from Holly Hill, its banks and the playground area for 3-to-5 year olds, operated at Armstrong Court by Family Centers, had lead in the top six inches of soil at 420 parts per million. The State limits for human contact for all ages is 400 ppm.

Although DPW claims that Holly Hill is capped with grass and asphalt, that does not constitute an approved closure and capping plan. To the credit of Family Centers, that playground area has been replaced.

If one walks down-slope from the back of the Good Will trailer at Holly Hill, there is a 24 to 30 foot deep pile of loose incinerator ash. See photo – I am over six feet tall. This is the ash that was tested by me, along with sediments in the brook. There are the heavy metal brownfield toxins washing downstream to Byram Beach and Harbor. The E.coli fecal bacterial in the Brook is sufficient to keep the beach closed – as it often does.

In soil testing, it is usually possible to find some clean imported fill, and test that, finding that it is, well, clean. But that flim-flam procedure hides the true findings of toxics in the native soils, where residents live and play. In the end, it comes down to what do you want to know or not-know.

The head of the Chickahominy Neighborhood Association continues to speak with passion to Town Boards and DPW about the need to clean up the contamination leaching out of Holly Hill. It is a statement about our own house-keeping that this problem continues to fester. Money is needed in the Town budget to proceed with cleaning Tom’s Brook outfall from Holly Hill. BET – take note.

The author, Michael Finkbeiner, is a graduate of the Yale School of Forestry and Environmental Studies.