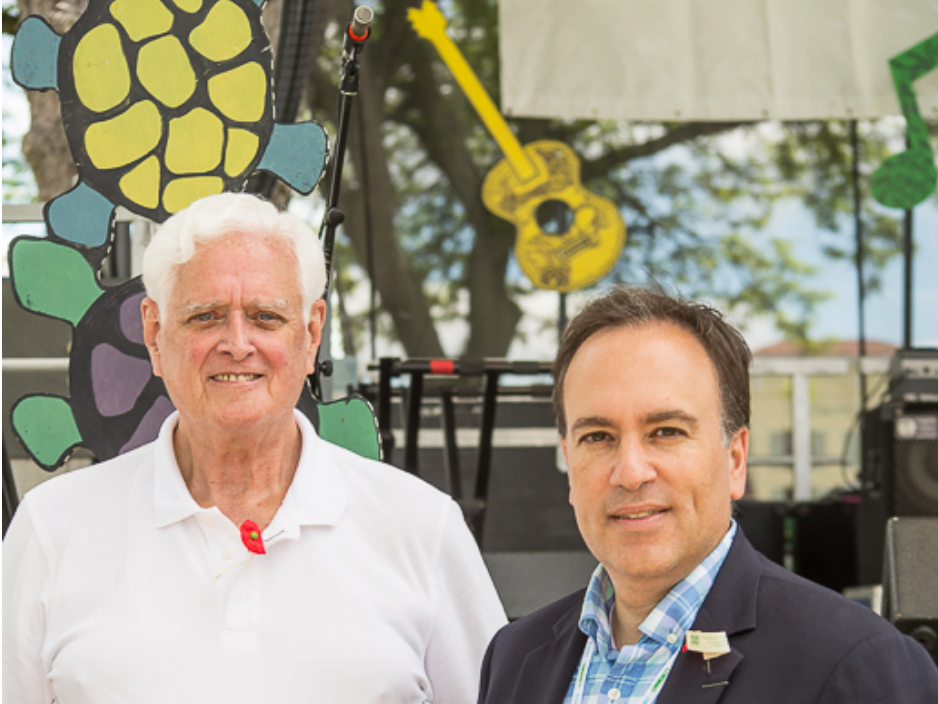 On July 25, Scott Frantz and Livvy Floren nominated First Selectman Peter Tesei for a record sixth term, and John Toner for another term as selectman at the Republican Town Committee (RTC) meeting. Tod Laudonia was nominated for for another term as Tax Collector, and Carmella Budkins was again selected to run for Town Clerk.

There were 10 candidates seeking nomination for Board of Estimate and Taxation (BET).  After the selections were made, current members Leslie Tarkington and Art Norton were not selected. Nor was chair Jim Lash. For Board of Education (BOE) the RTC nominated Jason Auerbach and renominated Peter Sherr, who became chair after a vote of the selectmen back in December.

Left out in the process was BOE incumbent Peter Bernstein, who is taking advantage of the option of petitioning his way onto the ballot.

Leslie Tarkington is doing likewise, and on Sunday at the Sandblast festival at Greenwich Point, Peter Tesei circulated a petition for Ms. Tarkington for BET.

Ms. Tarkington, like Mr. Bernstein, must achieve 637 signatures (5 percent of registered Republicans in Greenwich) by August 9 to earn a spot on the ballot.

All BET and BOE positions are volunteer.

In his remarks to the RTC following his nomination on July 25, Mr. Tesei said, “Two years ago, we predicted that the mismanagement of our State’s finances by the Democratic Governor and the Democratic controlled legislature presented a threat to our Town residents and businesses.”

He lamented consecutive income tax increases on individuals and businesses, as well as unfunded pension liabilities, which, he said, “have Connecticut teetering on the brink of bankruptcy.”

Tesei said there have been measures to control the cost of local government and counteract a loss of State revenue.

“This year my administration presented and the BET/RTM ultimately approved a budget that resulted in the lowest rate of increase in the mill rate in decades,” Tesei said. “… it came from sound planning, balancing competing objectives, and working to maintain the delivery of services to our residents that they have come to expect.”

Other accomplishments Mr. Tesei listed included streamlining operations through technology, including a Human Resource Information System (ADP) and consolidation Town and Board of Education print shops. He noted that Safe Wise Security, in 2017, ranked Greenwich as the Safest Cities to Raise a Child.