Greenwich Democrats gathered in the Cone Room at Greenwich Town Hall on Thursday night for a press conference during which incumbent Tax Collector Howard Richman, a Democrat, announced he will seek another two-year term in the fall.

DTC chair Tony Turner said in the 2017 municipal race, Democrats won several offices including the majority in the Board of Estimate and Taxation, and that Sandy Litvack had come close to winning First Selectman. Also, he said in that election, Howard Richman won the job of Tax Collector against Republican incumbent Tod Laudonia.

“We’ve been able to prove that Democrats can govern,” Turner said. “We know what we’re doing and we’re reflecting the values of the Town going forward.”

In 2015, when Richman ran against Laudonia and lost, the basis of his platform was that if elected he would work to having the elected position eliminated and replaced with a traditional hiring process.  “Elect me, hire my replacement,” was his slogan.

In 2017 Richman ran on a promise to “clean up the mess,” which on Wednesday, he said he had fulfilled.

Asked how he felt now about appointed versus elected, he said he finds himself agreeing with his predecessor that the job should go to a Town resident.

“It should be someone who knows the the people and can deal with the people,” he said. “If you’re appointed, you come in from outside, and you don’t know how the Town works. In a place like Greenwich, with a totally decentralized government, it takes you a year to figure out.”

Richman since winning the office he has streamlined the process so checks are deposited faster.

Previously bills went from the Greenwich post office, to the Town Hall mailroom, to the Tax Collector office before going to a courier to be delivered to the processing center in New Britain.

Now, envelopes are addressed to New Britain to increase efficiency and reduce the number of hand-offs.

“This were four different handoffs and four chances to lose checks,” he said. “The streamlined process helped eliminate lines. There were no lines last July.”

Richman said that by having checks go to straight to New Britain, not only does it eliminate chances for something to get lost. It also means since checks are processed faster, the Town collects more interest. 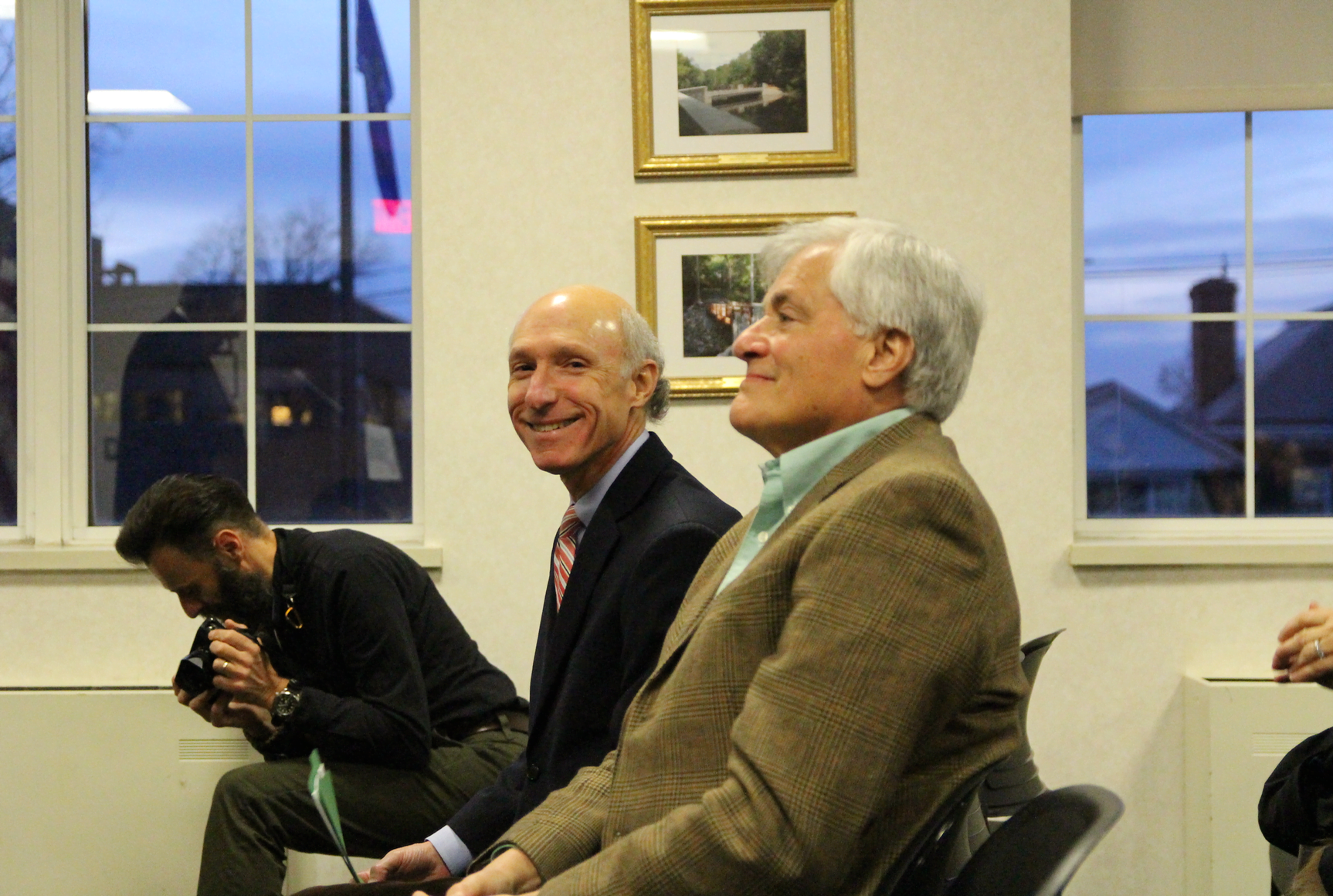 “Previously the bank kicked it back,” Richman said, adding that change had contributed to eliminating lines last July.

“I’m honored being in this job and hopefully the tax payers think I’m doing a good job,” he said. “I want to get re-elected.”

John Blankley added some humor, saying when he’d been asked to speak at the Tax Collector’s press conference, he had looked up the word tax in the dictionary for inspiration, and found it near the words taxidermy and taxi. “With the one, you get stuffed. With the other you get taken for a ride.” 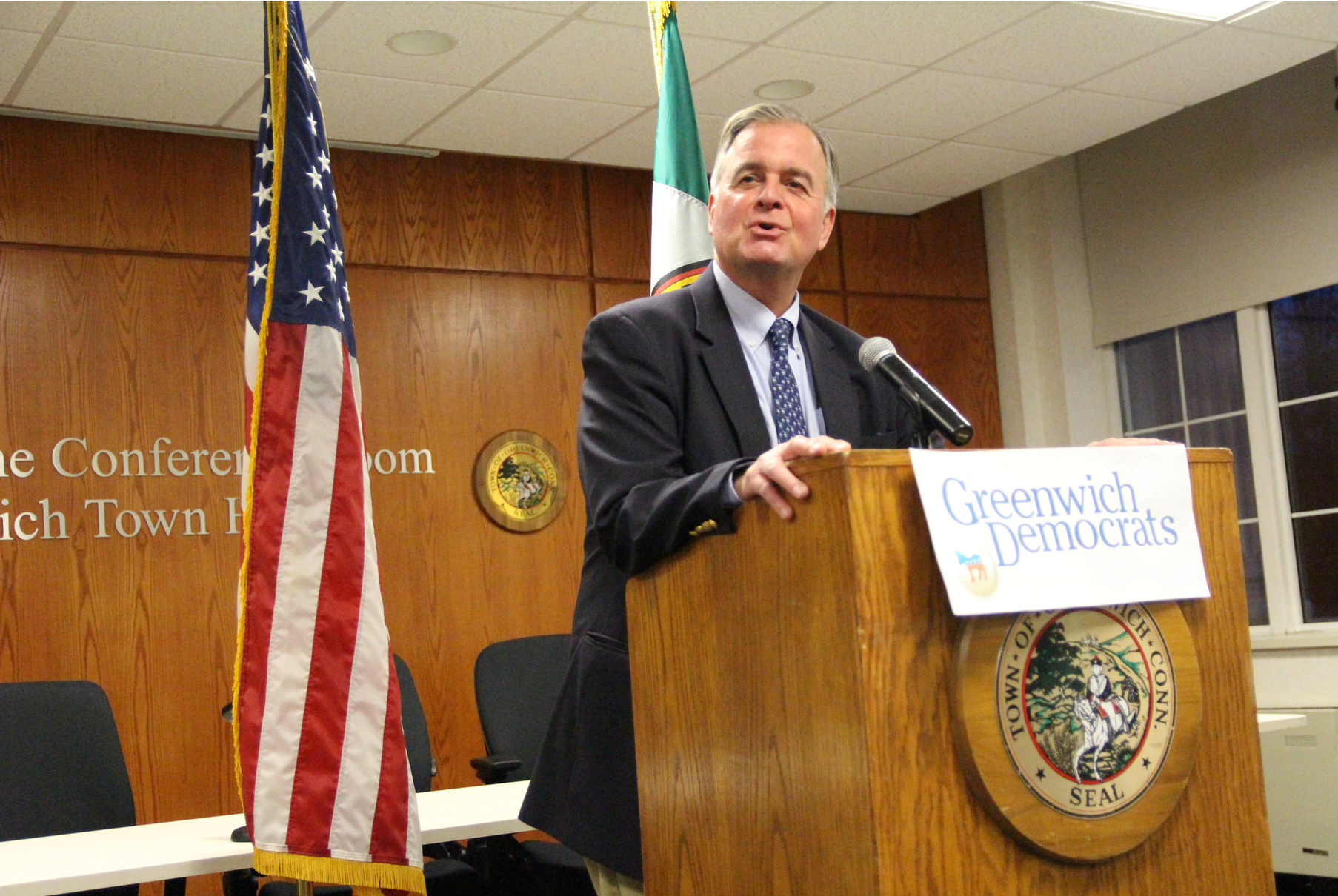 Steve Meskers said he was honored to endorse Howard Richman for another term as tax collector. Jan 17, 2019 Photo: Leslie Yager

Another Democrat, Steve Meskers, who was recently sworn in as State Rep in district 150, said he was honored to endorse Richman’s candidacy.

“Howard assumed a job where there was some criticism of the predecessor. There were observations by many of us that our own checks seemed to take a fair amount of time to get processed. I’m not sure if I should thank the old tax collector or the new collector because the last time I wandered in, within 24 hours the money had been ripped out of my bank account,” he said. “Efficient government is what we all stand for.”

Richman said one of the reason he decided to announce his candidacy so early was to try to keep voter support.

“I want people to know what I’ve accomplished in the office,” he said. “We don’t know what will happen in 2019.”

“We have to continue to demonstrate that we can govern and continue to show that the Democrats have the best voice of the voter right no,” he said. “We have it today and we’re going to have it again in November.”

“When we see the energy and how it’s resonating , and we’re getting very good at campaigning, we’re going to win again in 2019,” he said. 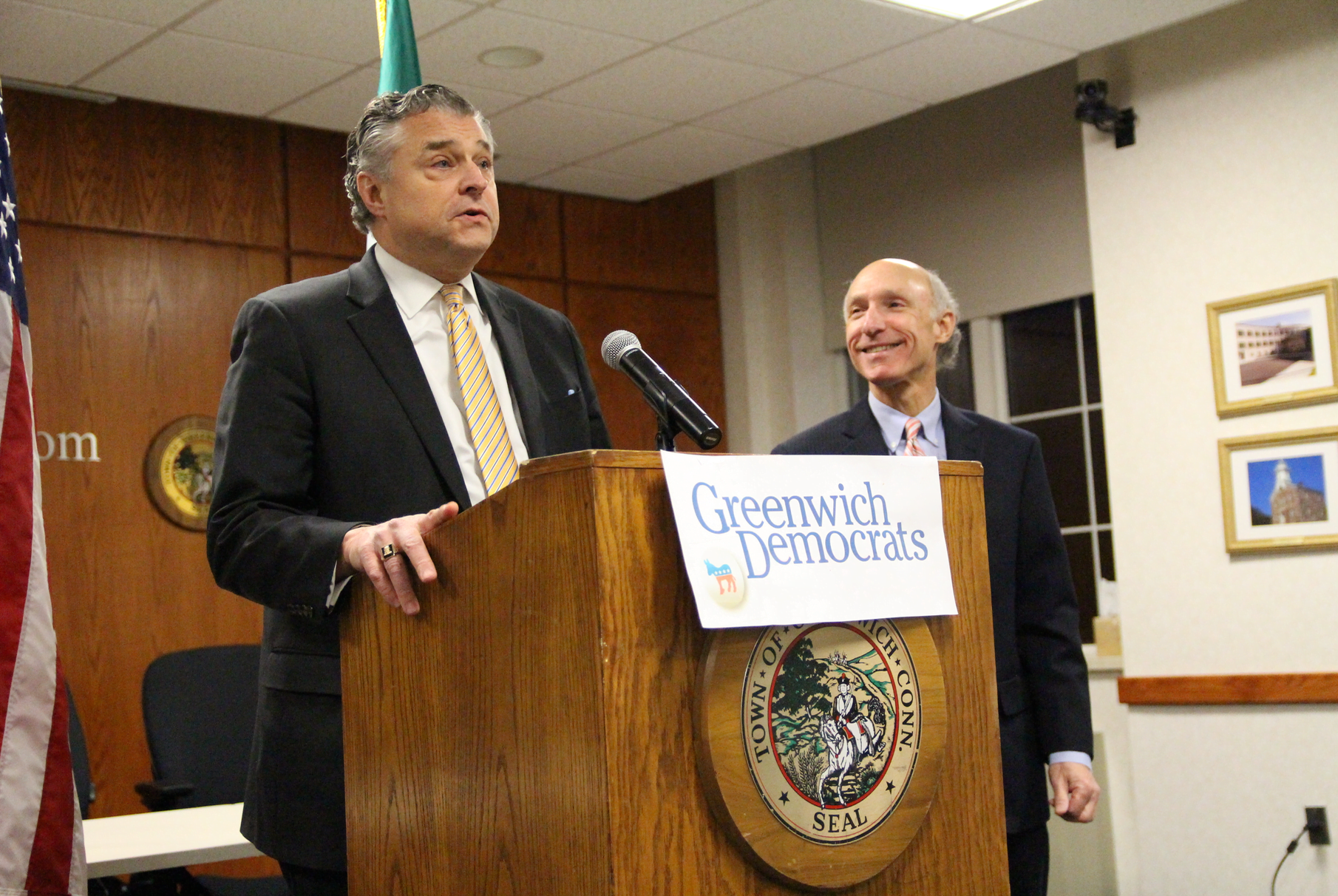 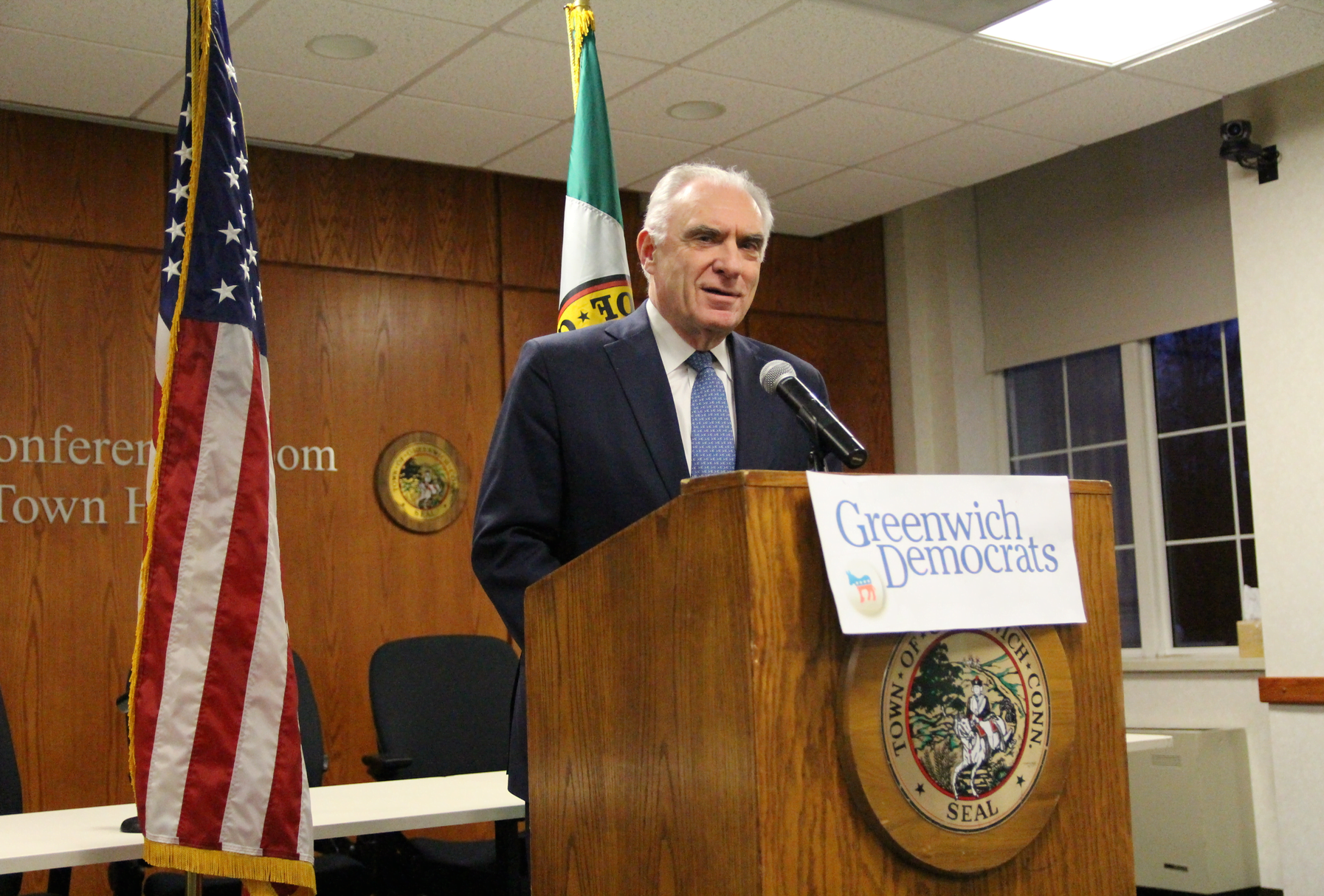 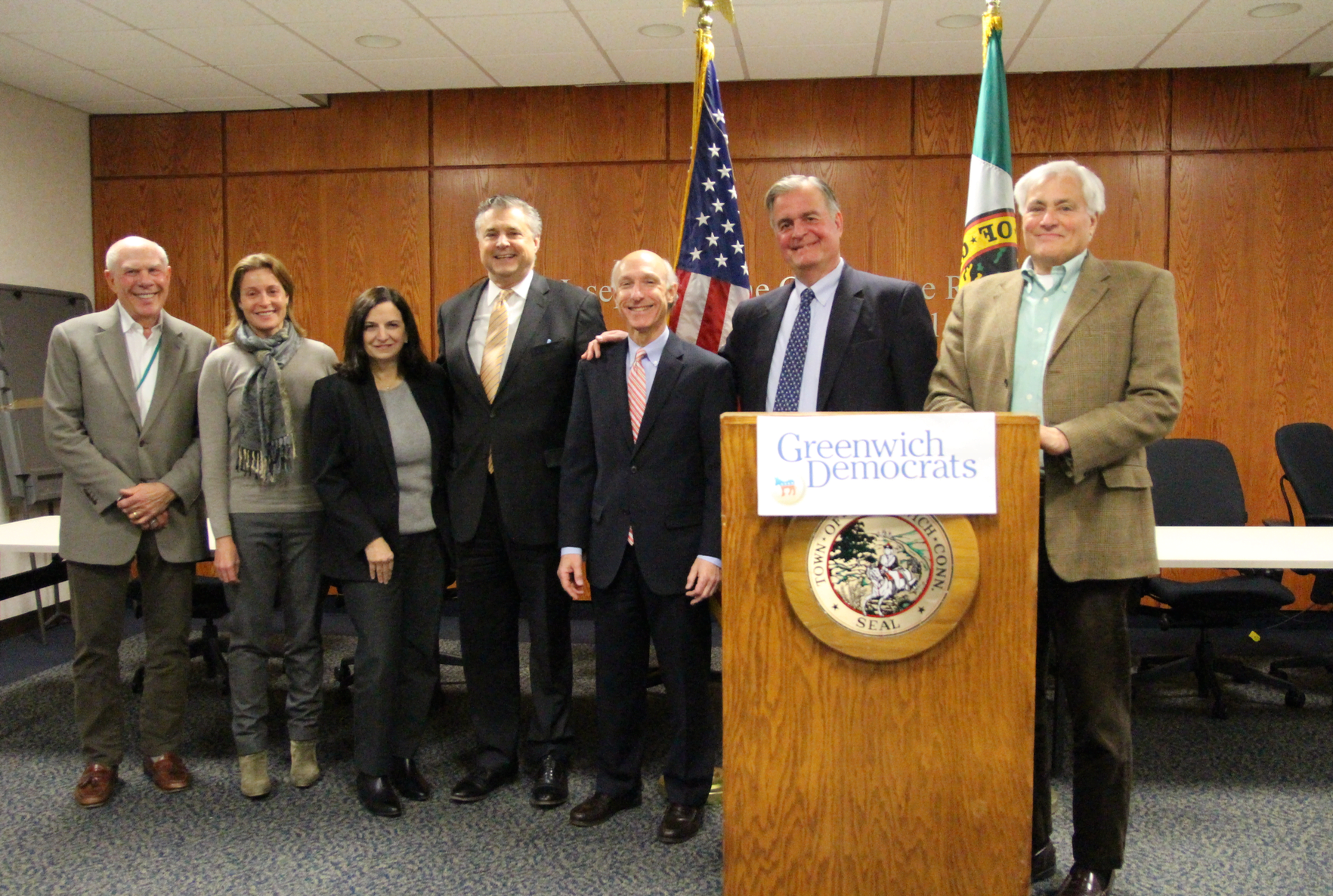