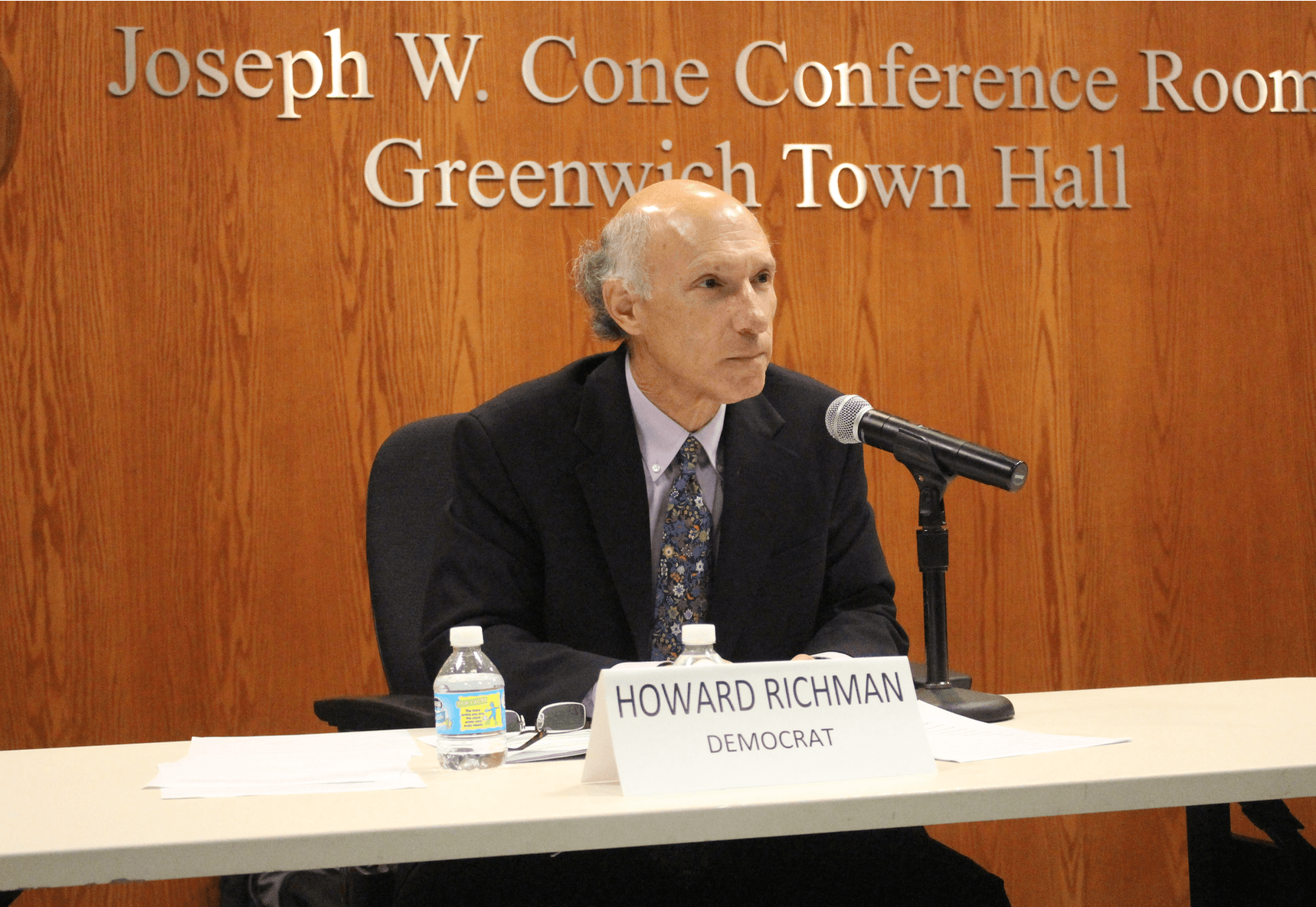 On Monday Howard Richman, the outgoing Democratic Tax Collector, talked about the fate of the tax sale he was planning for properties whose owners are delinquent over $25,000.

A tax sale is a public auction of property conducted by a municipal entity which applies the proceeds against unpaid taxes or similar assessments owed.

Richman is winding down his time in office. He lost his race against Republican challenger Heather Smeriglio in the municipal election on Nov 5. 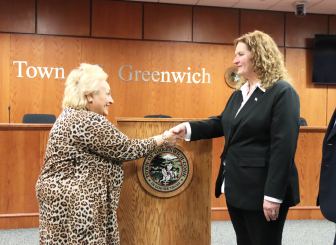 Smeriglio was sworn in during a ceremony at town hall last week but won’t formally start the job until Jan 2, 2020.

In assuming the Tax Collector job, Smeriglio will come full circle, returning to the department where she previously worked for four years under Richman’s predecessor, Republican Tod Laudonia.

When the department’s budget was cut, Smeriglio was moved to the Parking Services Department.

Richman put the procedure for a tax sale into motion last March by sending out delinquent notices to 120 properties. Per State statute, the tax collector can only go after delinquent taxes within the past 15 years.

After that, his office subsequently hired an outside attorney at Pullman & Conley who specializes in tax sales.

Richman said that attorney’s fees for the tax sale would come at no cost to the town as fees would be derived from the delinquent tax payers.

Richman had hoped to set a tax sale date before the end of 2019. But then the election happened.

Since the attorney sent out the delinquent notices, Richman occasionally posted the cumulative total of back taxes collected and  updated the amount on the office door. 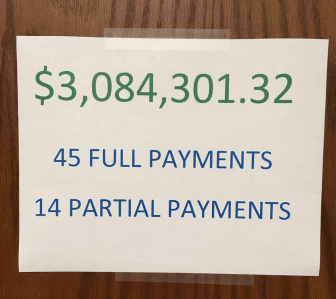 On June 3, 2019 the Tax Collector’s Office surpassed $3 Million in delinquent taxes, the amount is reflected in a print out on the inside of an internal door to the office. Photo copyright: Leslie Yager

“We had been receiving payment continuously to the tune of $5.7 million,” Richman said, adding, “We’ve been paid by 80 properties out of 120.”

The BET noted for the current budget the amount collected by the Tax Collector’s office allowed the mill rate to go up 2.75% instead of the original 2.98%, effectively returning some of the found money to the tax payer.

“The next step would be to do a title search which takes about two months. After that you set a tax sale date 9-12 weeks down the road,” he said.

“Since there is a new Tax Collector coming in, I am not making the decision to go forward with the title search because that should be her decision,” Richman said, referring to Smeriglio. “I would urge the new Tax Collector to go forward with the title search and have the tax sale because there is still between about $3.5 million that would be recovered if the process would continue.”

“I’ve worked with the law committee of the BET trying to work out parameters for individual hardship cases so that nobody will be ‘thrown out of their home,'” Richman added.

“Hopefully she will evaluate all the information and make a decision,” Richman said of Smeriglio.

Reached by email on Monday, Smeriglio said, “I have no comment at this time. I will wait until I am in office and assess the issue then.”

In the meantime, Republican Fred Camillo who was sworn in at Greenwich’s First Selectman on Dec 1, has nominated Richman for a place on the Board of Assessment Appeals.

“Richman has done a lot for this town and I think it will be a good fit for him,” Camillo said on WGCH last Friday. “We’re going to look for people from all different political backgrounds to fill positions if they’re going to contribute in a non-partisan way, and Howard really fits this bill.”