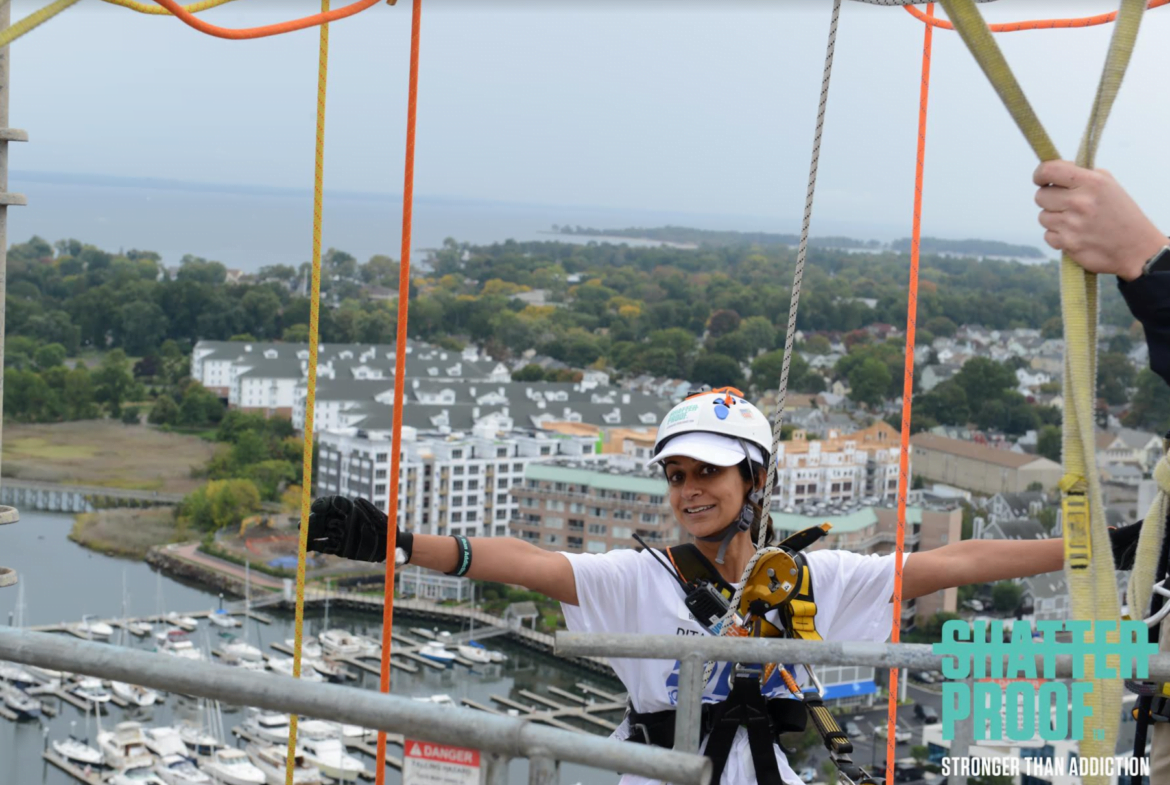 Dita Bhargava, candidate for State Representative for the 151 st district of CT, spent Saturday afternoon rappelling down the side of a 22 story building at Harbor Point in Stamford to show her support for fighting opioid addiction disease.

The event was organized by Shatterproof, a non-profit organization which helps people battle addiction.

“Opioid addiction is literally killing our people. There were over 700 deaths last year in Connecticut alone. Our state is third in the nation in the amount of deaths related to overdoses. More people are dying of opioid addiction than of car accidents or gunshot wounds,” Bhargava said.

“Senator Blumenthal has been a leader in advocating for better legislation across our country to help battle opioid addiction disease,” Bhargava said.

Bhargava said it is unacceptable that privately run addiction treatment centers have to meet minimal standards and are not subject to better regulation or oversight.

“This is not a disease that can we can ignore – it’s destroying our families and it’s a growing epidemic that has to be battled now,” she said.

Over 120 people rappelled on Saturday to raise funds and awareness for Shatterproof. More information about the organization can be found at Shatterproof.org 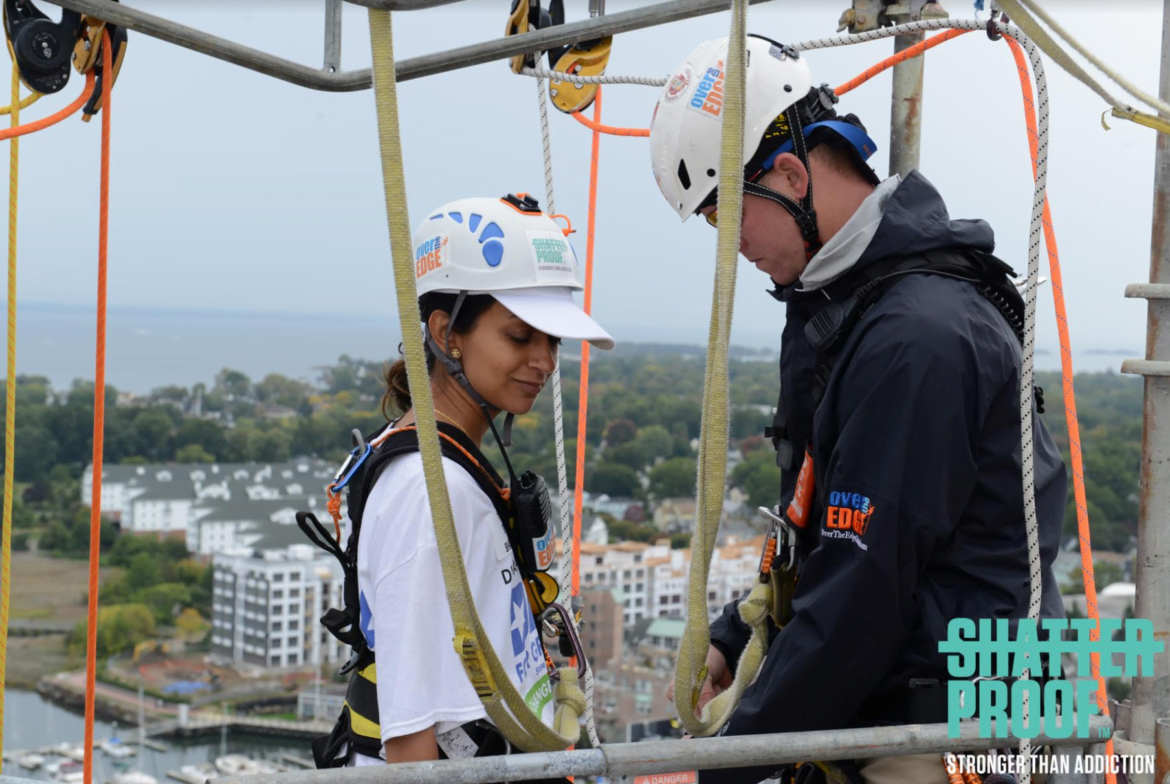 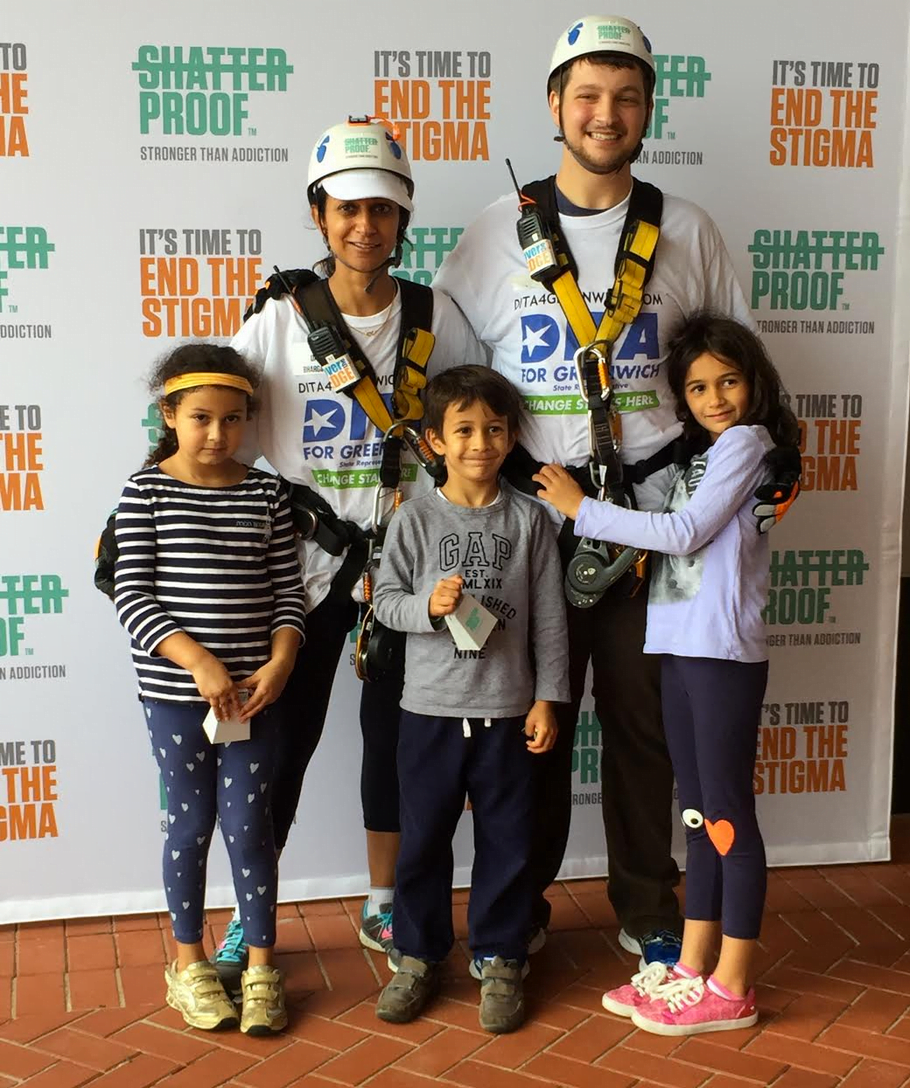 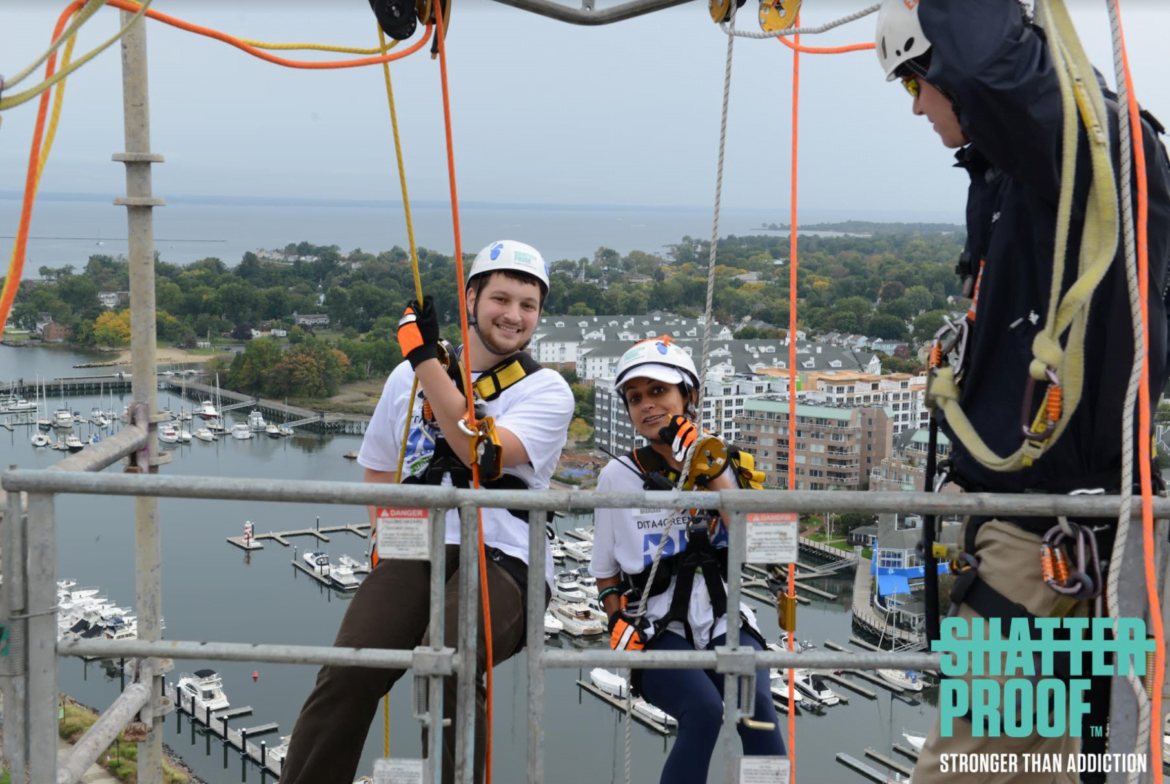