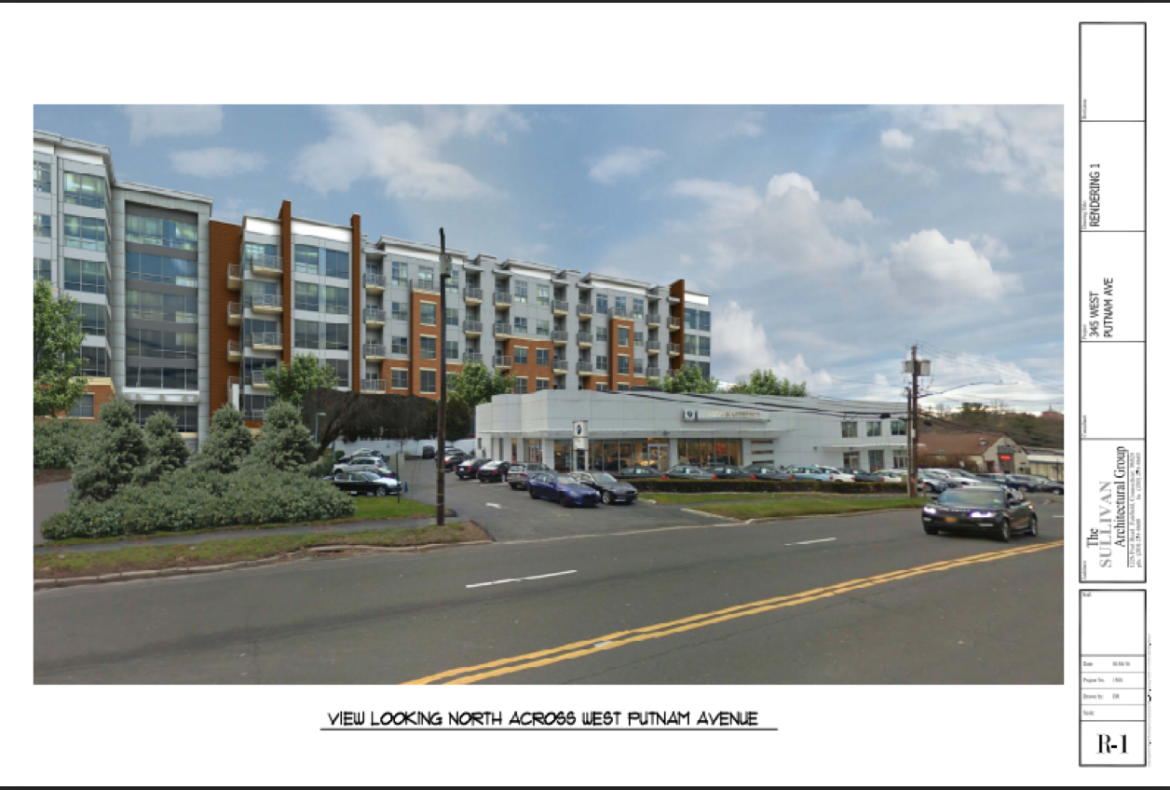 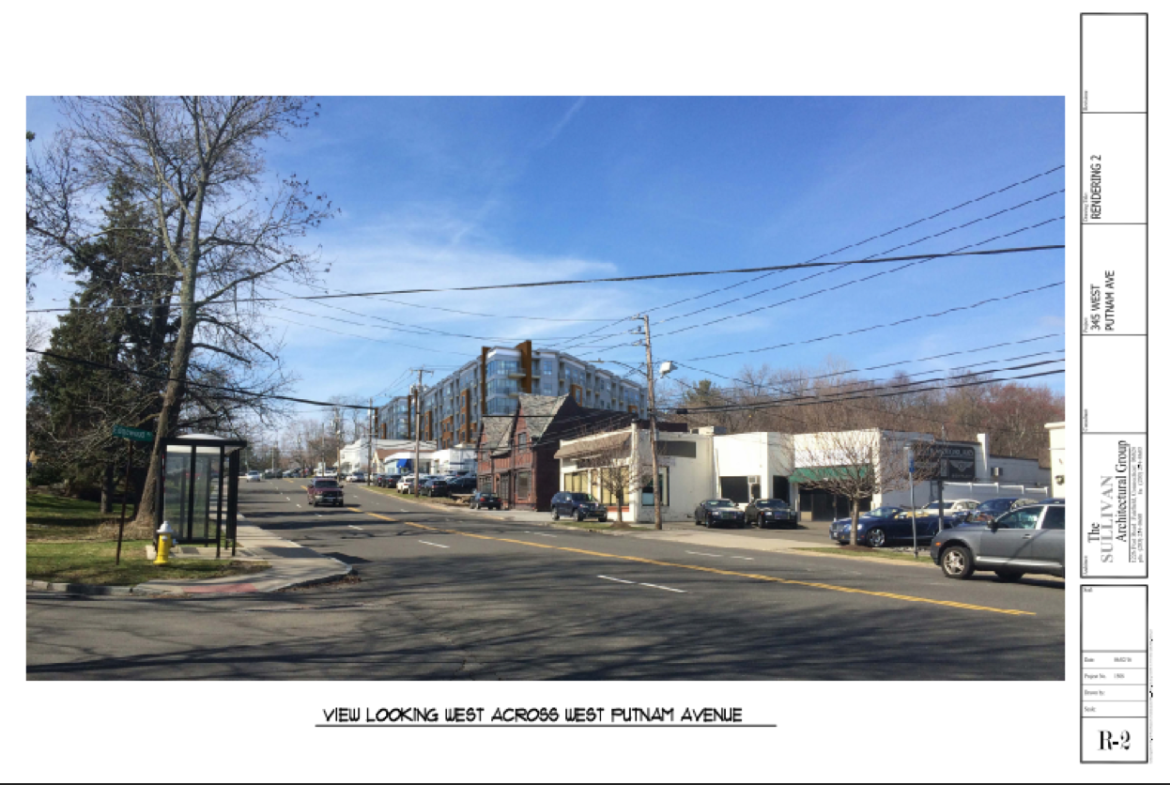 At Tuesday’s Planning and Zoning meeting, which again went well into the morning hours, the commissioners spent nearly seven hours discussing the 355 unit apartment complex proposed for the site of the Post Road Iron Works at 345 West Putnam Ave.

The proposed a 355-unit “pedestal building” would have five stories of apartments over two levels of underground parking. There would be an indoor pool and two small indoor courtyards, but minimal green space. Individual apartments would each have a 5 ft balcony.

The applicant presented renderings that show just how large the proposed structure would be.

Sanitary Sewer Capacity. “The Fix” — a Cured in Place Pipe or CIPP

The main topics of discussion on Tuesday, June 21,  involved  infrastructure and the density of the proposal.

The commission requested additional information to satisfy the Dept of Public Works with respect to traffic and drainage. Also at questions is the ability of the collection system to get the sewage down to the plant.

The applicant has offered a “fix,” which would require a Wetlands permit, and is the subject of much debate. 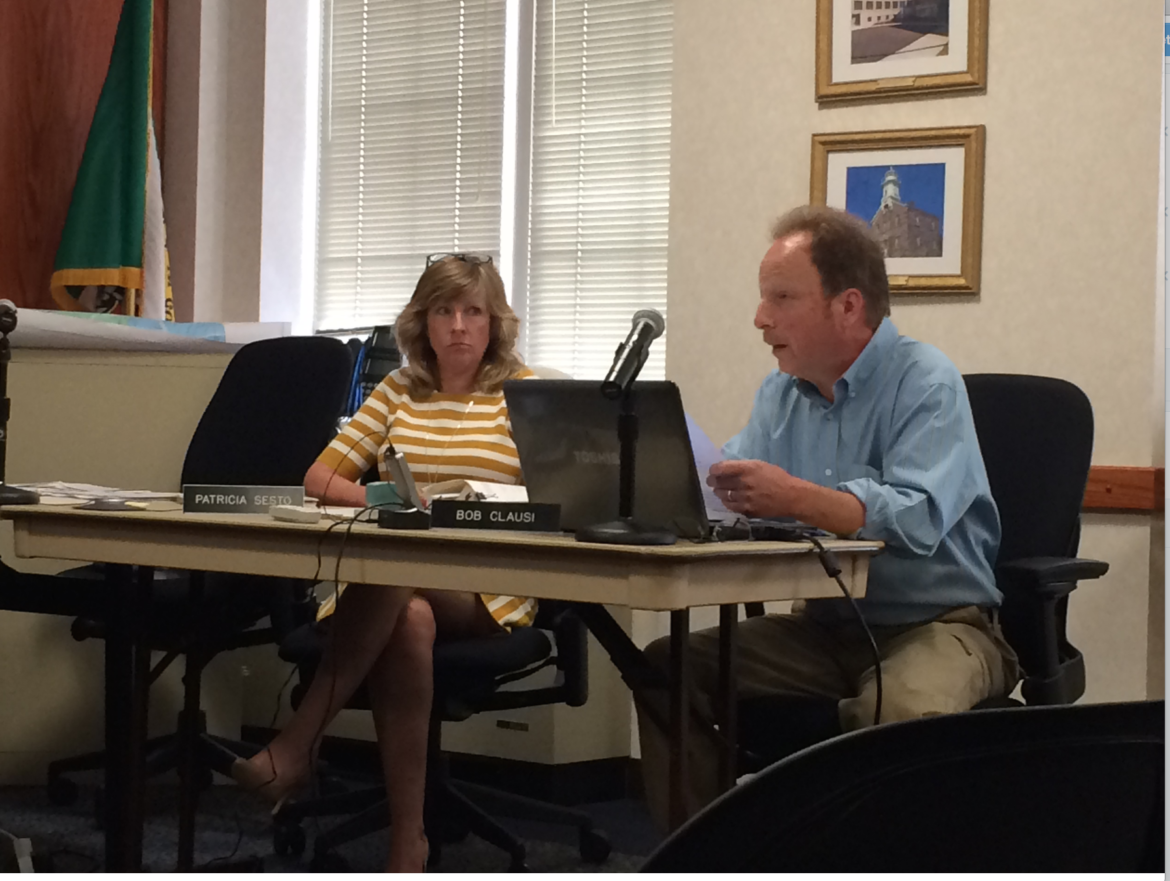 At the Wetlands meeting on June 13 the applicant’s sewer expert Thomas Knowlton described the proposed solution.

“The flows from 345 East Putnam Ave will flow east and discharge into Horseneck Brook sewer, then flow south to the Byram tunnel, and not pass through the entire length of the Horseneck Brook,” Knowlton said. He added that he’d met with town staff about a “Cured in Place Pipe” or CIPP, which is the technical term for the liner “fix.”

Specifically, to do that work would involve digging up a portion of the road in the area of Railroad Ave and Field Point Rd to install a bypass line while the CIPP liner is installed inside the existing pipe. A complication is that there is a culvert in the area of 330 Railroad Ave that meanders and travels under buildings.

“The Horseneck Brook sewer was installed a century ago,” Mr. Knowlton said. “Thankfully it still has capacity to serve the town, but it is reaching the point at which something needs to be done.”

“In order to do a CIPP, the segment you’re lining has to be isolated. So you have to intercept flows at the next manhole upstream and pump around the section you’re lining. When you line that section you can go in through that manhole, and you can insert the liner, cure it in place and use that same type of line in the manholes because they’ve been shown to have some infiltration. When the liner is cured, it becomes its own structural elements, so the host pipe can crack and decay all fall apart all around it, but the CIPP becomes its own structural pipe.” – Thomas Knowlton 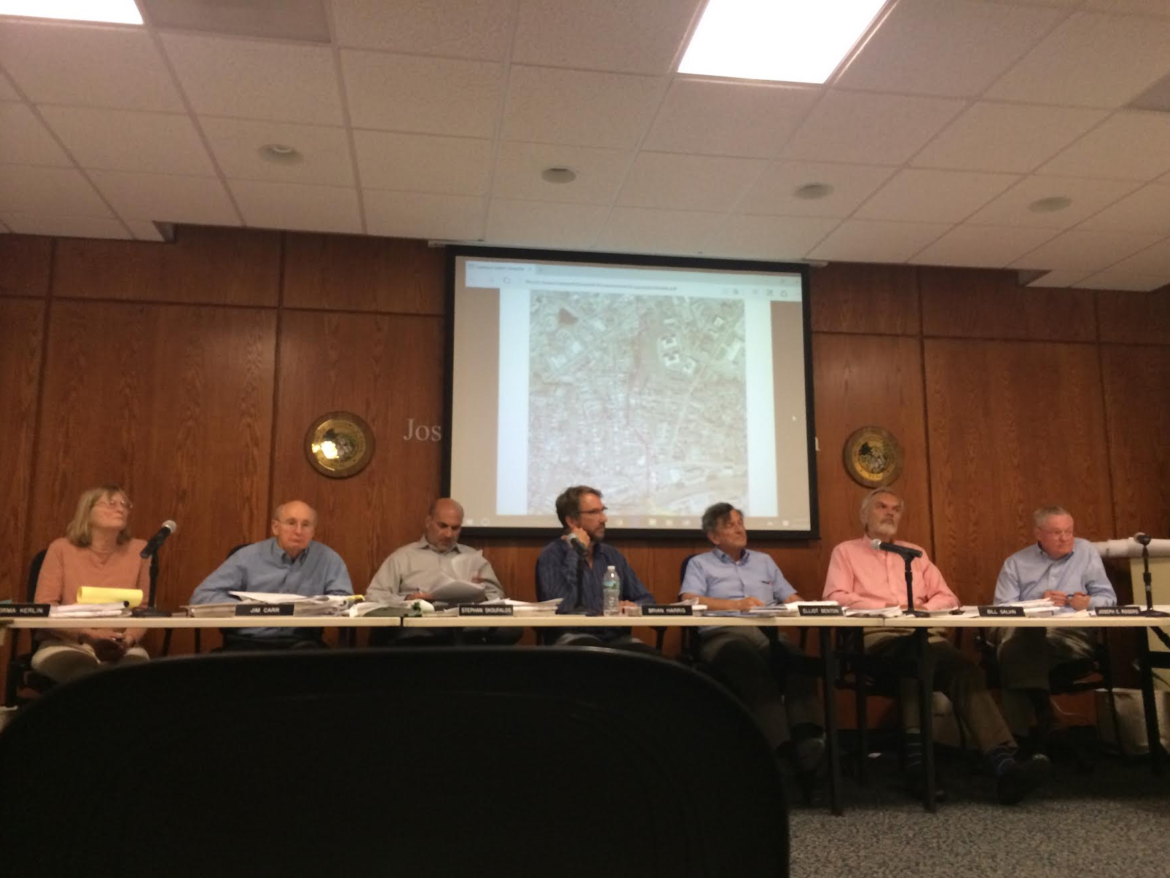 Also, on June 13, the applicant’s engineer, Ted Hart, insisted the sewage overflows north of West Putnam Ave in the Horseneck Brook sewer would not be exacerbated, but Mr. Clausi shared photos of sewer debris pushing up out of the manhole in close proximity to the brook.

There is also a legal question about drainage as the eastern portion of the site currently drains onto adjacent property through a pipe. “The question is whether that is permitted today and whether it is permitted to continue tomorrow,” Katie DeLuca said on WGCH on Wednesday morning.

Mrs. DeLuca said the other open question concerns contamination being discharged into a pond at Edgewood Drive, which has not been tested. “We do not know the extent of contamination in that pond,” she said.

At the June 13 Wetlands meeting, the applicant’s LEP, Carver Glezen from Triton Environmental argued that the pond and culvert could have been contaminated by roadway runoff, and that the pond was off site and not part of the application anyway.

Agency member James Carr reminded him otherwise. “It would be the burden of the applicant to show the contamination came from the roadway,” he said. “I’m looking at ETPH levels, lead, selenium, cadmium, arsenic, zinc – all extremely high in that pond at the edge of the drainage pipe, and seems reasonable it came from the pipe.”

Also, on June 13, the applicant’s attorney Steven Studer said site could be safely remediated and contamination removed. “We are not walking away from our legal responsibilities as a good citizen,” he said. “But this is not something we need to fully characterize now.”

The applicant will return to the Wetlands Agency on Monday, June 27, and a decision is anticipated.

The Planning and Zoning Commission is scheduled to hear from the applicant again on July 6.