Gone are the days when print ruled the news world. Newspapers, including their police blotter, were likely read and tossed aside. Maybe the newsprint was used to wrap fish. Decades of issues of Greenwich Time are archived in the basement of Greenwich Library. Looking up someone’s arrest took time and effort.

The public’s interest in reading the police blotter has not waned as news has increasingly migrated online. Connecticut statutes state specifically that arrests are public information, with exceptions made for those under 18 and when cases are “erased.”

A Google search of a person’s name can bring up an arrest instantaneously.

What happens when charges are dropped or nolle’d, a term short for Nolle proseqi, a Latin term that essentially means ‘do not pursue,’ or there is a not guilty decision?

Ryan O’Neill, an attorney with the Law Offices of Mark Sherman, LLC in Stamford feels strongly that in these cases online arrests should be deleted from the internet.

“Nolle’d, it’s the state saying, ‘We’re not going to prosecute,'” explained O’Neill. “When a case is nolle’d, it converts automatically to a dismissal after 13 months,” he said, adding that in those situations the arrest report should also be deleted from the internet.

And while the bulk of Mark Sherman’s practice is criminal law, O’Neill said clients often return for help when they discover that, despite their charges having been dropped, their arrest is still available online and hurts their job prospects, privacy and reputation. He said that situations of  mistaken identity can have the same impact.

The problem is exacerbated as legacy media outlets in this area dip their toes in online versions of their print products. 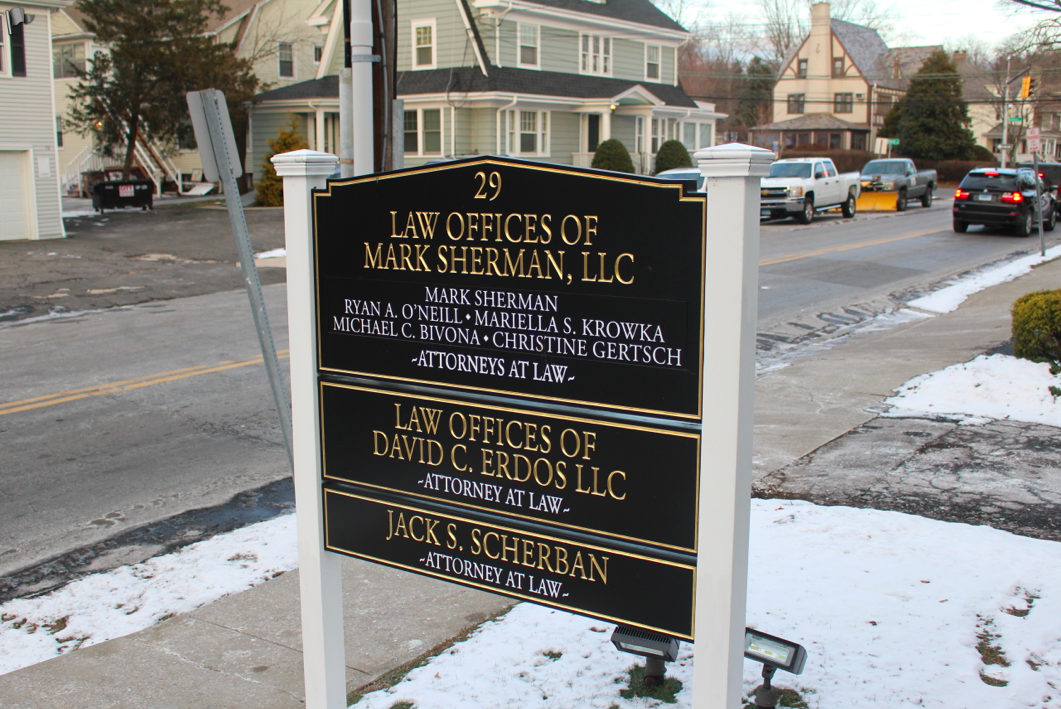 O’Neill referred to a case of one of his clients, Lorraine Martin, a nurse who was arrested in Greenwich in August of 2010 with her two sons. Three news outlets published details of the arrest, which involved drug charges: Hearst, Channel 12 and Main Street Connect (now the Daily Voice).

Connecticut courts dismissed the criminal charges against Martin in January 2011, which O’Neill said was because she was unaware her sons were selling drugs out of the family home. But, judges often dismiss charges after a defendant does everything they are asked to. They may undergo drug classes or an anger management program.

“By Law, you do not have to say you were arrested if your case is dismissed,” O’Neill said. “The Erasure Statute says that once the case has been dismissed, you are allowed to say you have never been arrested and so swear under oath.”  That right is lost, according to O’Neill news sites won’t delete the article or update it to reflect the charges were dropped.

He points out that the real burn is not knowing who has seen that old arrest because  face-to-face conversations with potential employers may simply never take place.

“That dialogue never happens when you apply for a job,” O’Neill said. “A person may likely never get a chance at an interview and not know why. “They may say, ‘Oh, we decided to go in another direction.’ You don’t know if they Googled you and something came up.'” That puts people in the dilemma of whether to tell an employer about an arrest up front. Should they try to explain that the charges were dropped, even though they are allowed to claim under oath they were never arrested?

Furthermore, he points out that that old arrests appear to be “new” on the internet when they are surrounded by fresh content and advertisements.

O’Neill makes the point that online media outlets are motivated not to delete or update arrests because they profit from them. More arrests, more page views. More page views, more ad sales.

“Plus, you have to wonder when you see ads for companies that clear your online reputation positioned right next to an arrest,” he said.

An entire industry has blossomed. There are defamation and libel lawyers for hire who will scrub the internet for a client. There are companies like Reputation.com and UpFrontReputations.com who will create fresh, positive content, for a fee, to “suppress” an arrest, effectively pushing it back to the 5th or 10th page in a Google search.

Metatags
O’Neill pointed out that because of metatags – pieces of special HTML code that provide information about a web page and are linked to search engines – an arrest can be updated but still appear with its titillating headline in perpetuity.  He said because of search engines the old arrest are in essence constantly refreshed or “republished,” making the inaccurate news “perpetually fresh on the news stand.”

Of the metatags attached to arrests, O’Neill said, “The easy solution is to take it down. If you’re not going to delete it, at least update it. And if you’re not willing to do either of those, then, at least move them to an online archive with the understanding that they’re not new.” 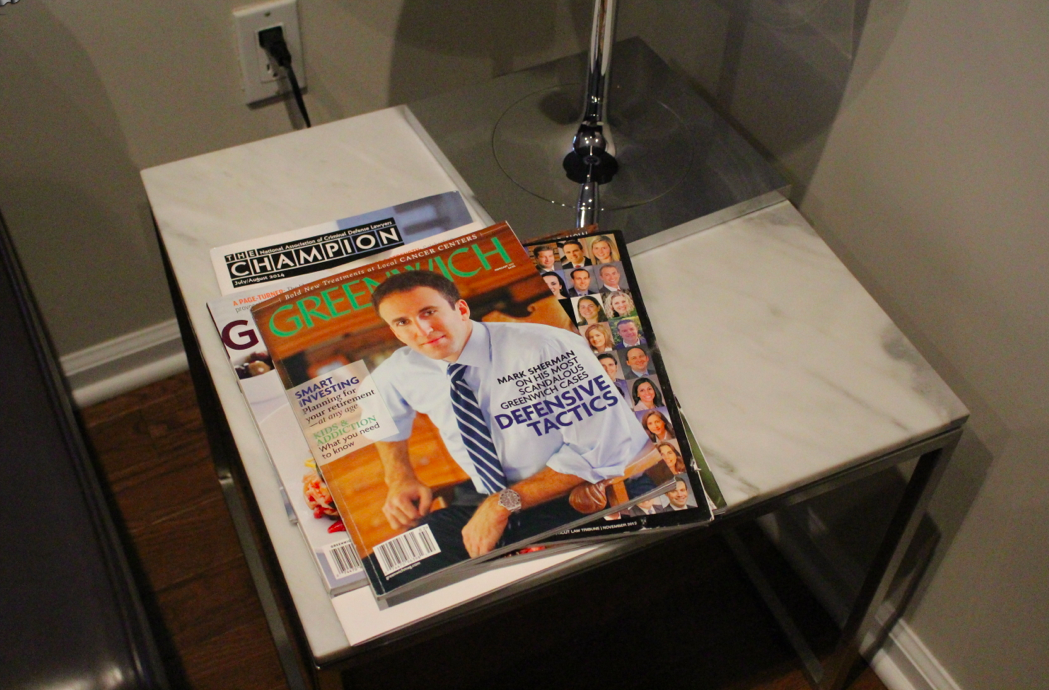 “If you allow those arrests to stay online, you are not displaying the truth,” O’Neill said. “Hearst’s argument is that we want to rewrite history. They even described it as Orwellian. They’re bringing up the First Amendment, saying we’re trying to block free speech. No, we’re not.”

“Accountability is not inconsistent with the First Amendment or Free Speech. You should be accountable for the damage you cause. The incredible power of dissemination is there.” – Ryan O’Neill of The Law Offices of Mark Sherman, LLC

“If someone calls you, (to say their case was dropped), you have a duty to bring a story up-to-date,” O’Neill said. “Defamation is not just at the time the article was published,” he continued, adding that his firm is still hoping this will become a class action suit.

Online News sites: Varied Standards, No Widely-Agreed Best Practice
And while Hearst’s Greenwich Time 2010 story of Lorraine Martin’s arrest is in tact, the Daily Voice (which was Main Street Connect back in 2010) has added a note at the top of the article saying her charges were dropped.

At Greenwich Free Press, if someone can demonstrate that their case was dismissed or nollied, the policy is to delete the entire article.

Nearby in New Canaan, Mike Dinan, founder and editor of NewCanaanite.com, an online news site, goes a step further.

“NewCanaanite.com does not report the names of people arrested by our police department, except in cases where the charges themselves are rare and serious—for example related to a home invasion, or are on a felony level: homicide, say, or first-degree assault,” Dinan said, adding that the policy doesn’t change because someone arrested happens to be famous or prominent in the community.

Dinan said his reasoning is twofold. Not only does a searchable arrest damage a person’s ability to get a job or move forward in their life, even if charges are dropped, but, he said, “We feel that to be truly attuned to the sensibility of this town, there is no reason to embarrass someone who is going through a difficult time. In New Canaan, if a person is having a very hard time—say, a neighbor or someone who lives on your street—then you likely know the situation already. And the best sides of us, as members of the community, would reach out to help someone in trouble, rather than gossip about them.”

Greenwich Free Press will follow the case of Martin vs Hearst. Watch this site for updates.