By James Finn and Leslie Yager

Stephanie Paulmeno got right to the point when asked why she attended the peaceful protest at Belle Haven, timed for 6:00pm, to coincide with NJ Governor Chris Christie’s visit to Greenwich for Tom Foley’s gubernatorial fundraiser. 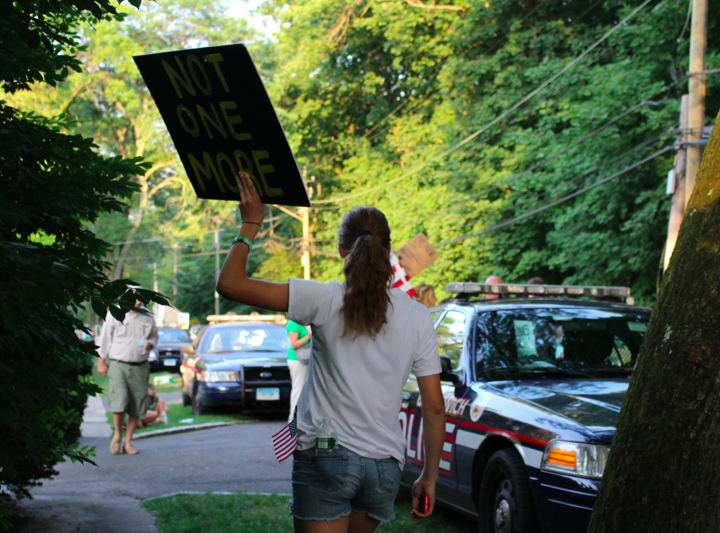 “I’m here because as a child my father was shot in front of me in my home and to this day, it left a lasting impression on me. You just can’t get those images out of you head. I fear for these children,” Paulmeno said. “And what they saw was so much worse than I saw.” 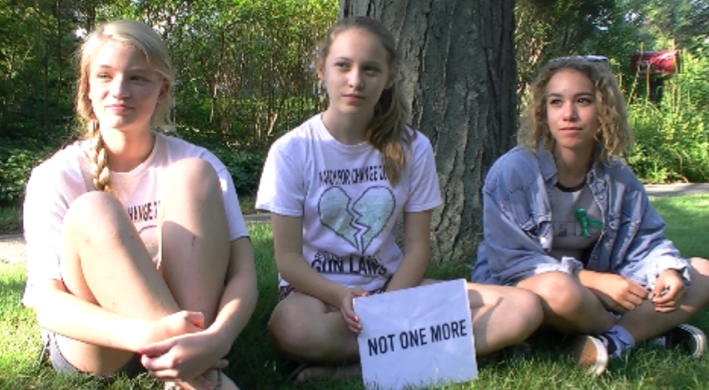 Of Chris Christie, Ron Pinciaro, director of Connecticut Against Gun Violence said,  “We’re here to let him know in Connecticut we have strong gun laws and we want to keep it that way. Our view is that vetoing gun safety legislation isn’t going in the right direction. And we felt he was inhospitable to Sandy Hook families who requested to meet with him.”

“Connecticut has the 2nd strongest gun laws in the nation…and the 6th lowest gun deaths in the nation,” said Ron Pinciaro, Director of CAGV. “And you don’t get there by vetoing strong gun safety legislation.”

“I hope one day, in 50 years we can look back on this time and say to ourselves, ‘How is it possible that we were living in such a crazy era. The same way that now we look back on slavery and say, ‘Oh my God, we imprisoned our fellow man, isn’t that incredible,'” said Dan Edelstein of Old Greenwich. “That’s what I hope.” 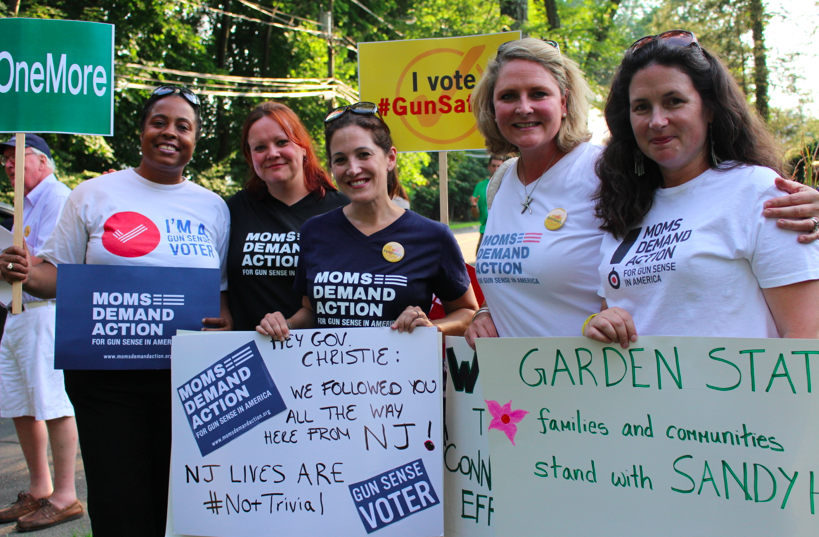 Kara Nelson Baekey, the chapter leader for the Moms Demand Action for Gun Sense, who traveled to Greenwich from Norwalk, said, “When I heard when Chris Christie was traveling to Greenwich for a fundraiser for Tom Foley, he needed to be called out for his recent veto of legislation that hit his desk.” 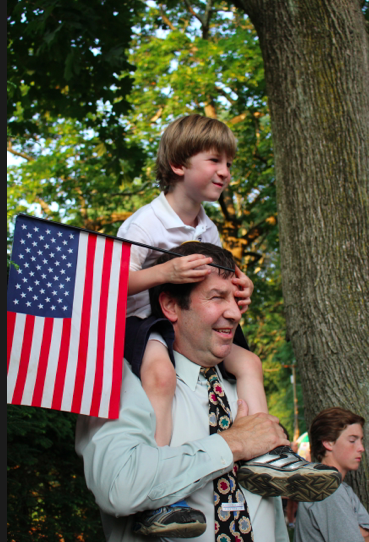 Jennifer Lacovara of Old Greenwich, who has a 2-year-old and 3-moth old said she was there because she is a member of Moms Demand Action, which she joined right after the shooting in Newtown, said, “When I found out about this event I thought I had not excuse not to be here. I’m disappointed. Lives being lost and there’s no reason for it. All we’re asking for is change and gun reform, not to ban all guns, to but make Connecticut a safer place. I read recently that 93%  of Connecticut’s voter support change of gun laws.” 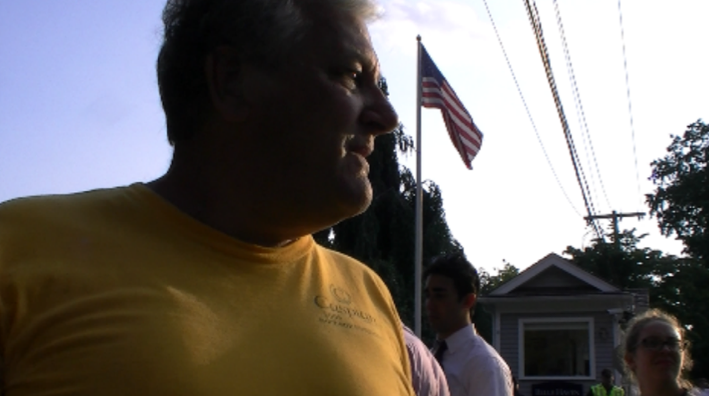 Across the street from approximately 200 gun safety advocates lining Field Point Rd was a group of five men with signs supporting Christie, Foley and gun rights.

Paul Kohloff, a resident of Greenwich since 1965 introduced himself as a certified NRA instructor, and said, “We already already have gun control.” He added that he has a girlfriend  lives in Georgia.

“When I go down there, it’s one of the most gun friendly states… people are so nice. I can feel my blood pressure drop 10 points. And I go in these stores and see people carrying, it makes me feel safer,” he said. “You’re not going to get some guy come in blazing away. With these guys, bomp, you’re safe! It’s over.” 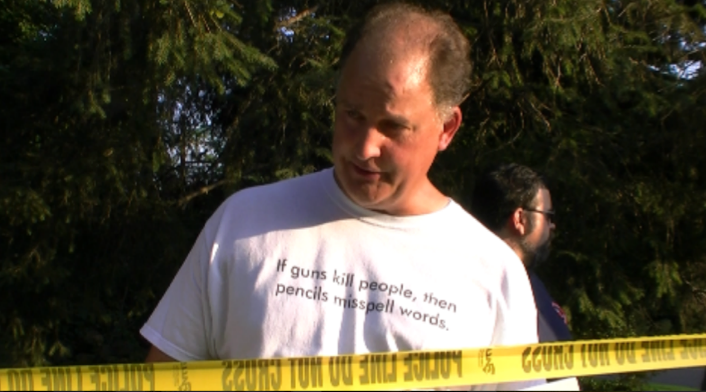 A Greenwich resident who did not to give his name, was among the small group in support of Christie, Foley and gun rights. He said he didn’t think a limit on the number of rounds in a magazine would be followed by anyone but law abiding citizens. “And, law abiding citizens should be entitled to all the protection they can get. The criminals criminals aren’t going to stop at 10 rounds,” he said. 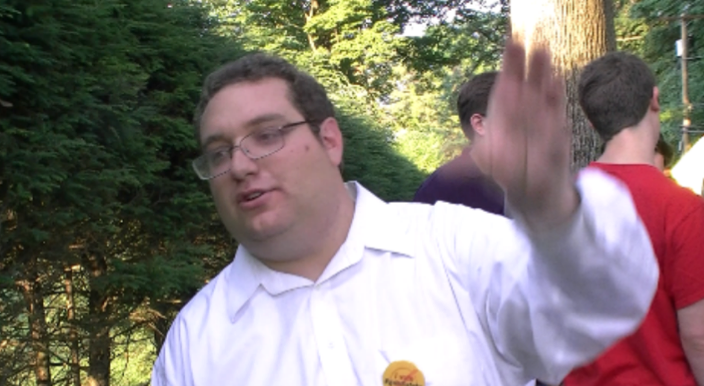 Jason Paul, candidate for State Rep in the Connecticut’s 48th district said, “All guns start out as a legal guns and become illegal guns somewhere down the road. People act like illegal guns came from the sky…they don’t.”

Vicky Camacho, a longtime Greenwich resident, said, “People are dying in the streets. You know, I felt really good when the Newtown people got off the bus. I got a chill. We need gun control. I don’t think you need a semi-automatic gun with pump action.”

Around 7:30pm, the crowd began chanting “Not One More. Not One More,” a slogan that came to life when Richard Martinez, father of one of the six victims of Elliot Rodger in Santa Barbara in May said, “We don’t have to live like this. Too many have died. We should say ‘Not one more’.” 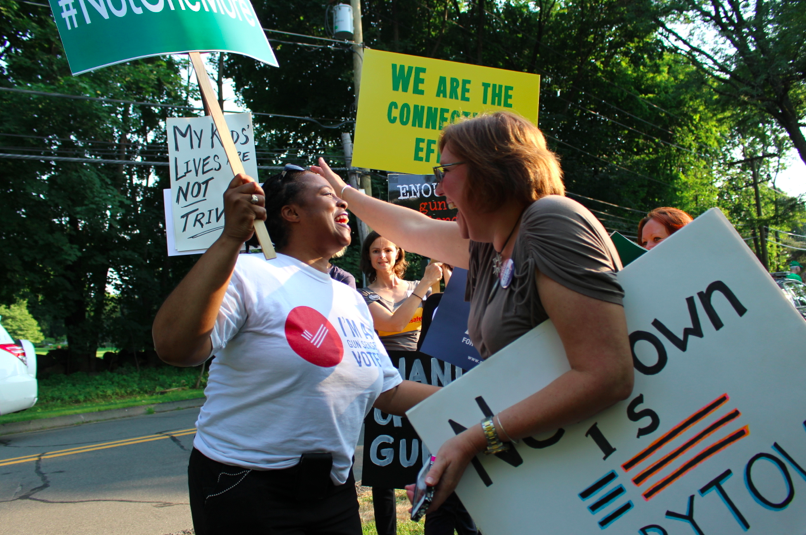 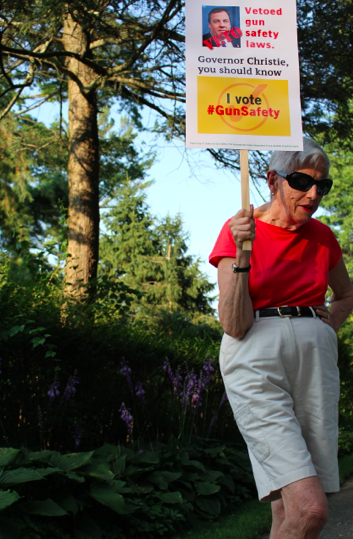