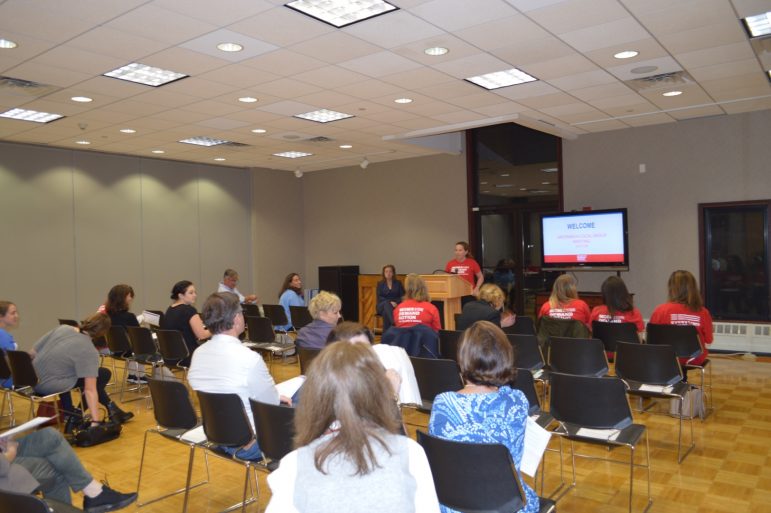 On Thursday night, the Greenwich Moms Demand Action chapter hosted a meeting at the YWCA.

Founded in 2012 by Shannon Watts, Moms Demand Action is an nationwide organization that was founded to garner support for gun control legislation.

Since its establishment, the organization has grown to include more than 5 million members. In Connecticut, the number of Moms Demand Action groups have grown significantly from four local chapters in January to about 14 today. The Greenwich chapter was created in May 2018. 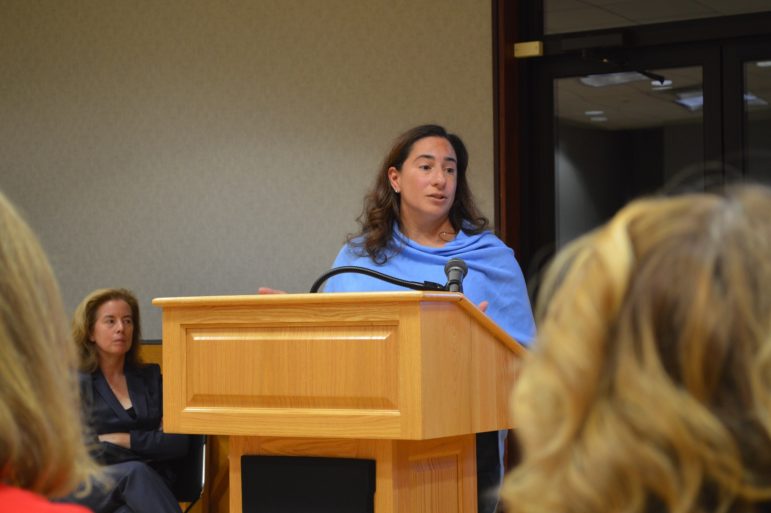 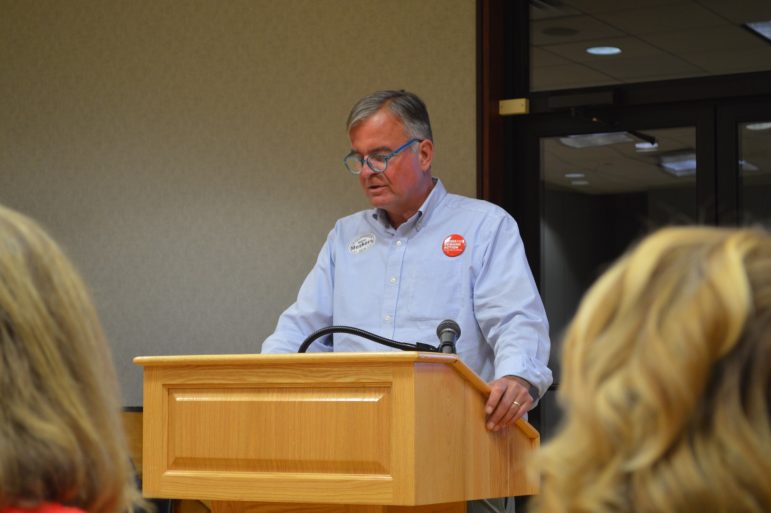 “I got involved in the wake of the Sandy Hook shooting,” said Melissa Devaney, the Membership Lead of the Greenwich Moms Demand Action chapter. “I feel that if you’re not part of the solution, you’re part of the problem. I want to reach out to people to let them know that it’s not an exclusive cause. All citizens should participate, whether it’s for 15 hours or 15 minutes.”

Maura Murphy Osborne, the Assistant Attorney General of CT and a featured speaker for the evening, discussed the current struggles that Connecticut and the US as a whole face in regards to gun violence.

“There’s not a lot of good study on this gun violence epidemic,” said Osborne, referring to the CDC’s lack of funding for nationwide research on the issue. “To some extent we are limited.” 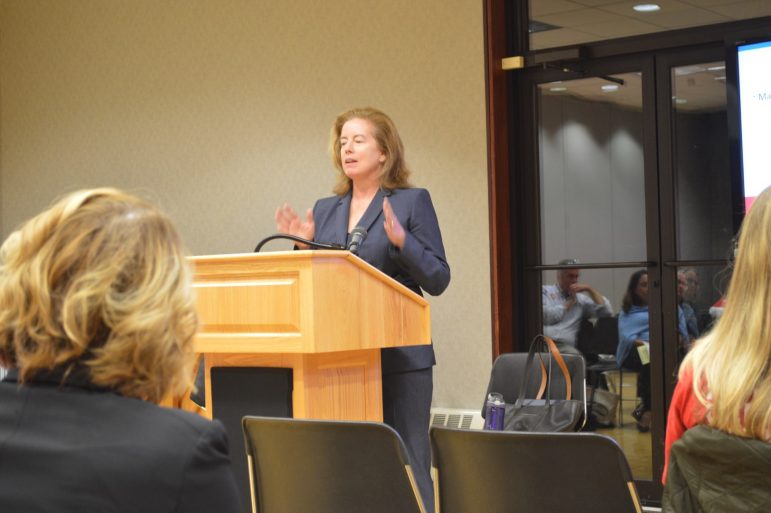 In Connecticut, however, Osborne recounted her involvement in working towards banning assault weapons and magazines.

As a result of state legislation in recent years, Osborne concluded, “Our gun laws are in pretty good shape.” However, Osborne cautioned that, “A major issue that’s developing [as a result of the Heller Supreme Court case] is the question: “Do people have the right to carry a firearm outside the home?”

In an effort to further their goals to protect common sense gun legislation, the Moms Demand Action leaders provided a list of midterm election candidates, who align with their goals, to support.

Kostin, a firm advocate for protecting existing gun control laws, gave a brief speech on her goals for the initiative if elected. “I feel that we need to defend the laws that we have … from an NRA that is pretty activist,” she said.

“We must do more to protect ourselves from these acts of violence,” agreed Stephen Meskers.

The Greenwich Moms Demand Action’s chapter has grown significantly since its founding in May. Many citizens of Greenwich have appreciated the opportunity to get involved with common sense gun legislation.

“Following this issue on a national level, I’m glad they started a Greenwich chapter,” said attendee Amy Gold. “We need to take care of this on the local level.” 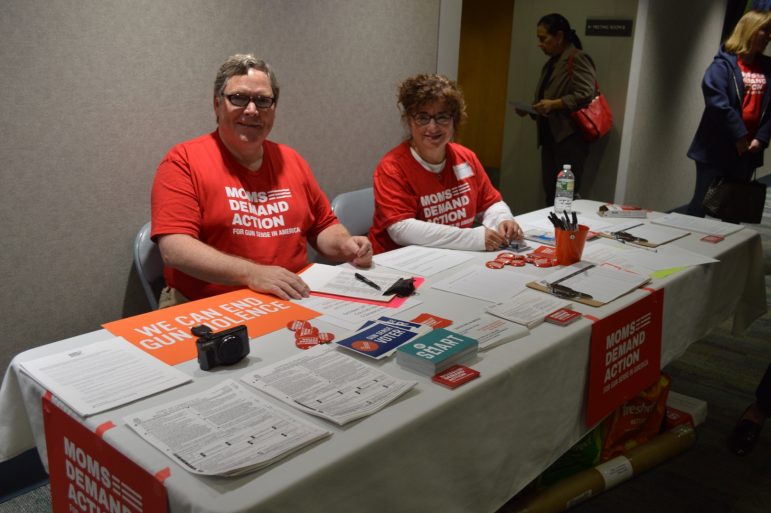 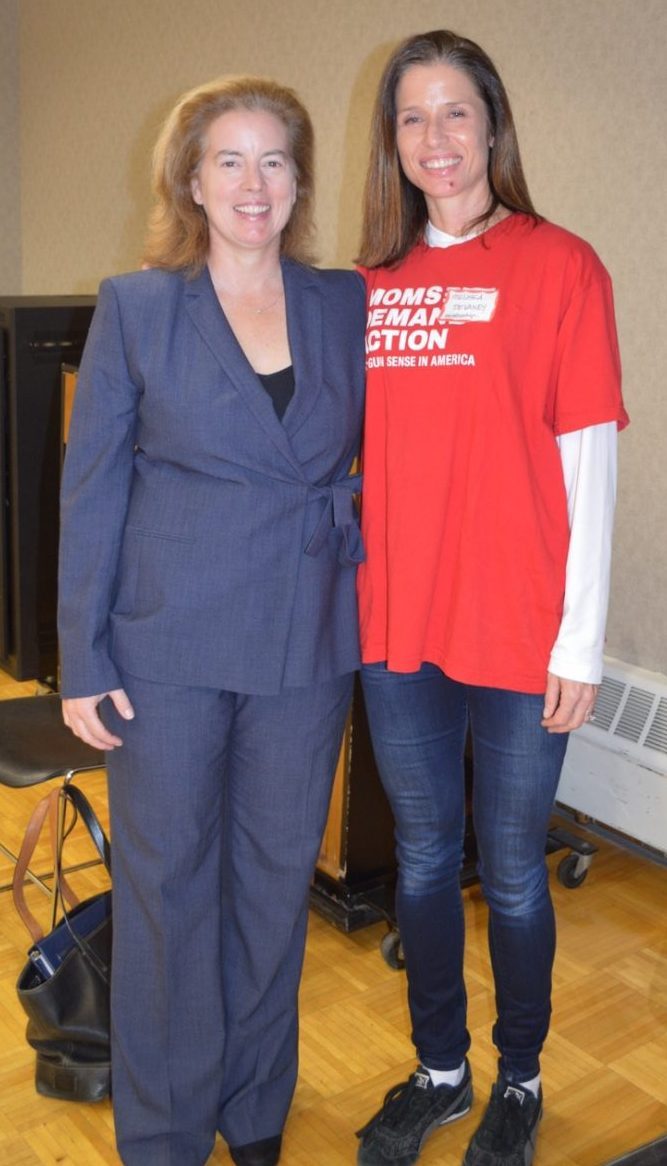 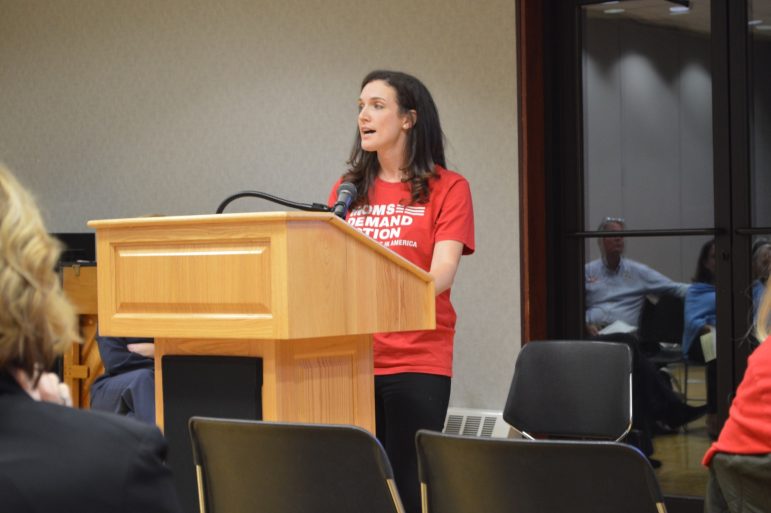