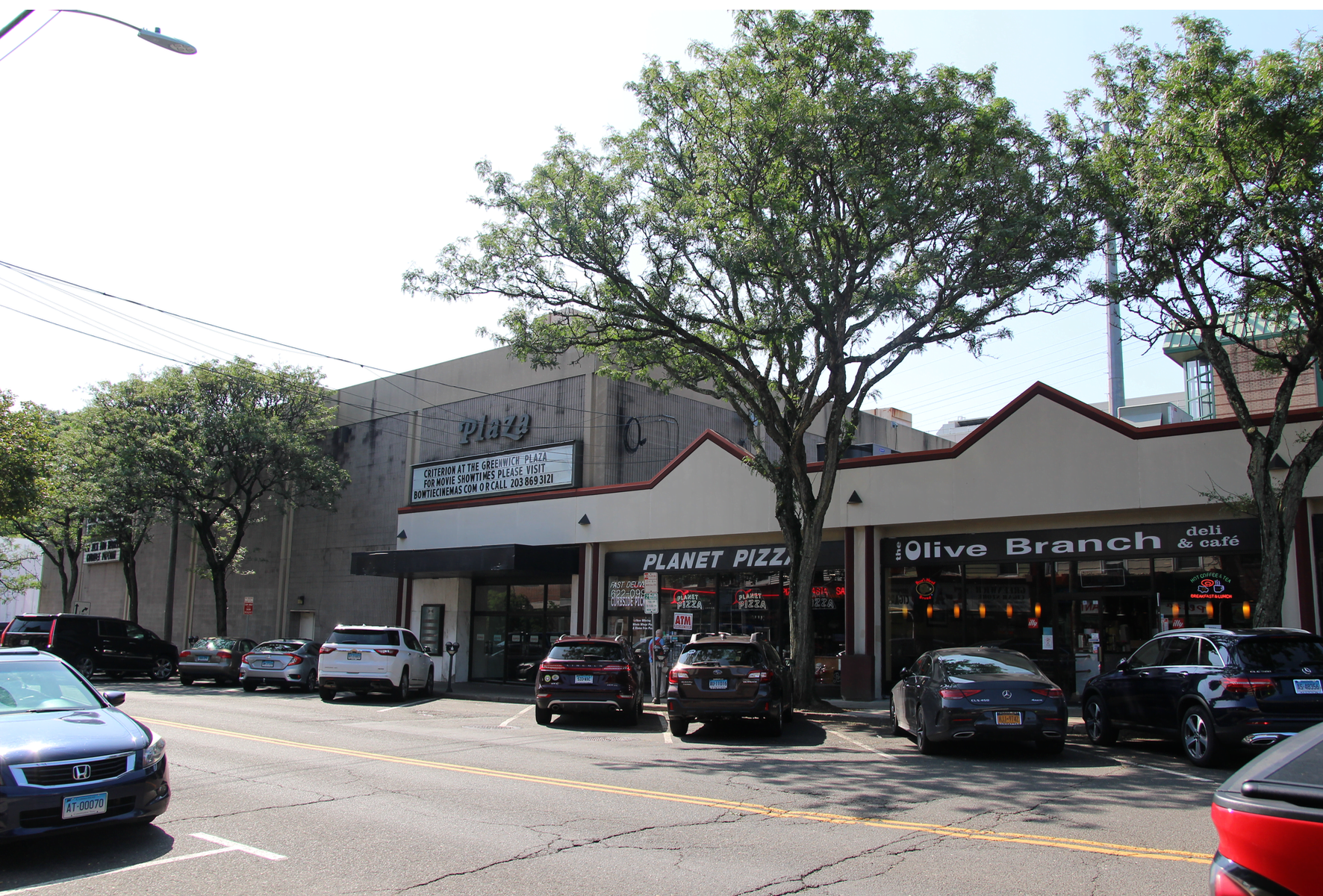 Although the Municipal Improvement (MI) application for the redevelopment of the Greenwich train station was temporarily withdrawn, on Thursday the Planning & Zoning Commission continued its hearings on the site plan.

The Ashforth Company owns both the entire north side as well as south side of the Greenwich railroad station, but the Municipal Improvement only related to the air rights above the south side of the train station. As of right, the applicant can proceed in redeveloping the north side without an MI.

On Thursday night the applicant returned to P&Z. The proposal encompasses rebuilding both the north and south sides of the station, the retail stores on Railroad Avenue, and the Bow Tie Cinema, as well as providing a high end food court and a new public park.

The new cinema will have over 100 fewer seats than at present and will offer 6 small ‘luxury’ theaters. 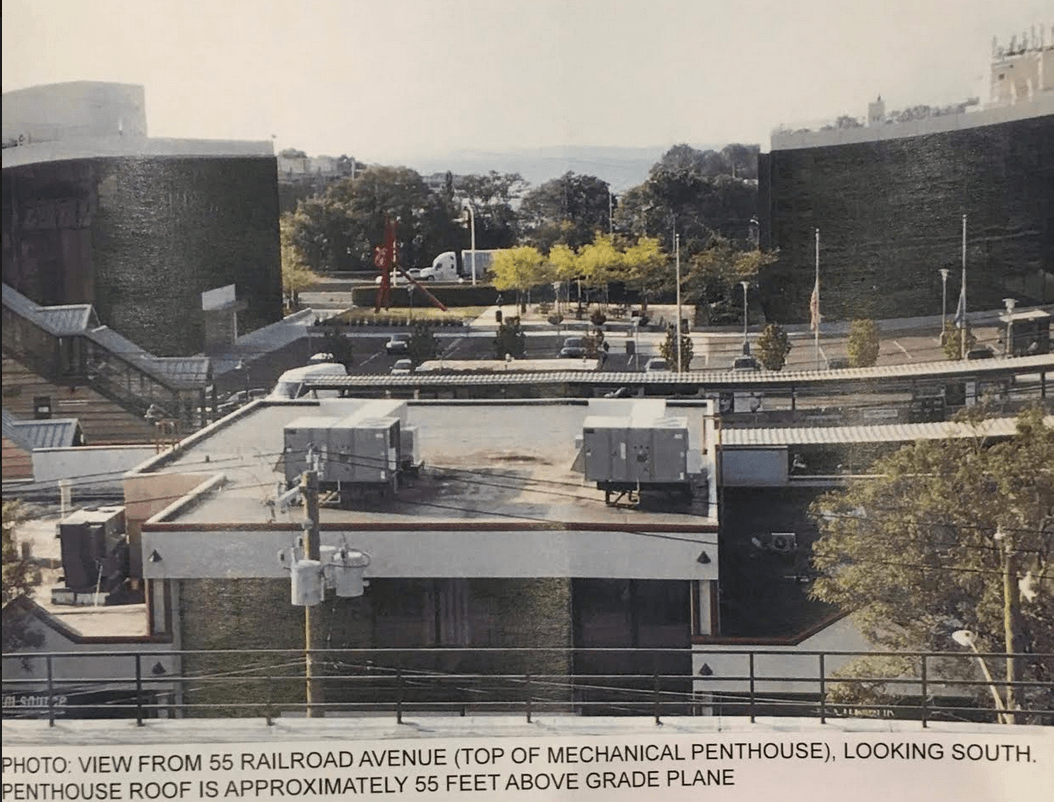 She emphasized the importance of the station becoming more user friendly and welcoming.

At the same time, however, she stressed the Commission’s priority that the architecture be consistent with Greenwich’s character.

She said residents had approached her to say they did not want a facility similar to the ones in White Plains or Stamford, and objected to both the modernity of the proposed glass structure as well as the bulk of the facility overall.

Commissioners Nick Macri and Peter Levy commented at length about the architecture. 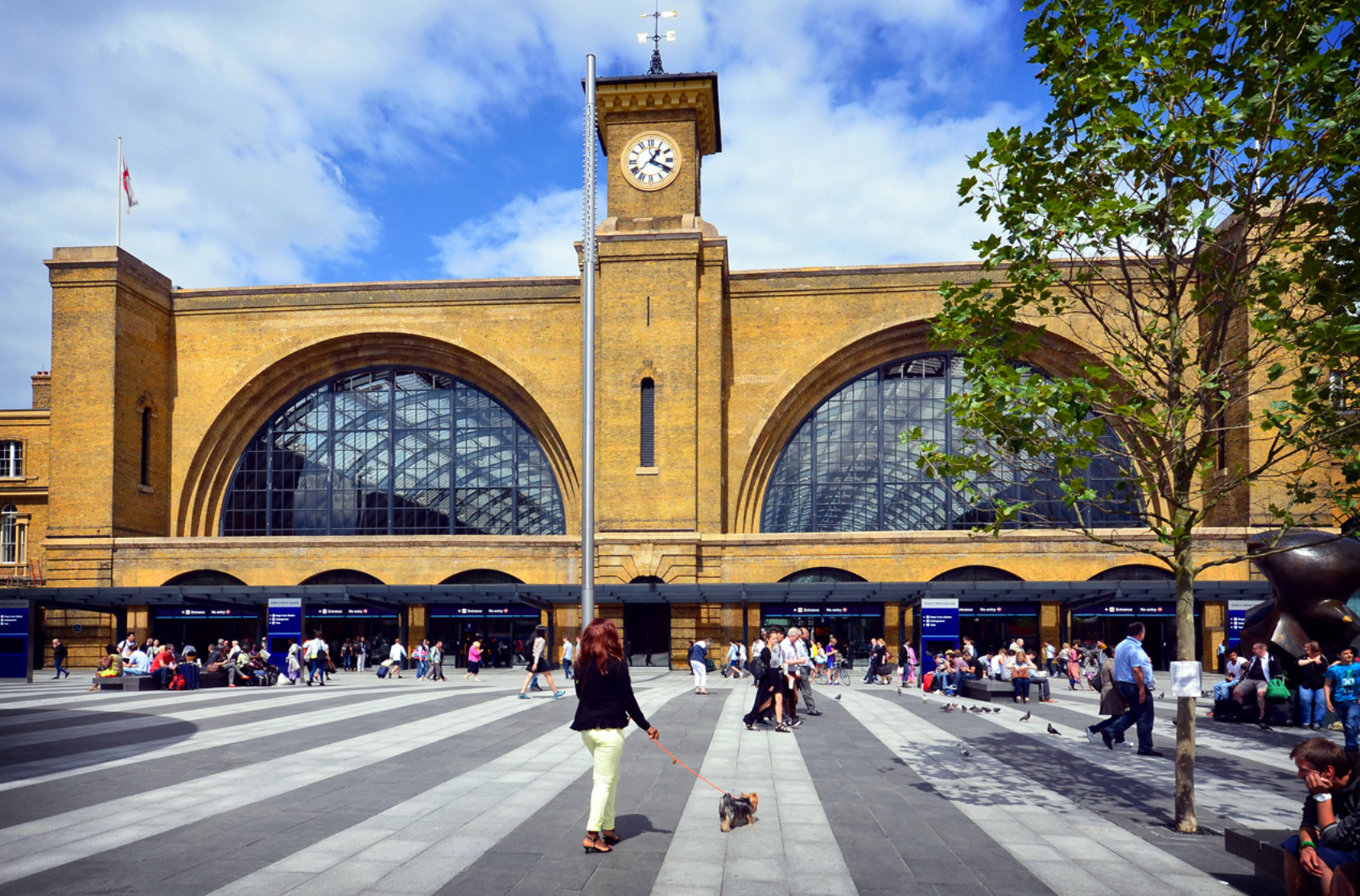 Mr. Levy used for example the Kings Cross station in London which he said had a welcoming and gracious design. He recognized that although its scale was far greater, its concepts could be incorporated into an approach for Greenwich.

Mr. Macri made suggestions for reducing the bulk of the buildings and for adding architectural detail to the design.

Mr. Levy found the waterfall proposed for the pocket park impractical and suggested a center fountain.

Performing Arts Center
Adele Greene, Director of the Greenwich Classic Film Series, argued the existing Bow Tie movie theater has great potential as a performing arts center for the town. She said the space could be used as a movie theater for special film presentations, a theater performance space, a home for orchestra and choral presentations, dance, and as a destination for film festivals and other events.

Currently Greenwich does have a performing arts center at Greenwich High School, but it is restricted to non profits and it is for municipal use.

Opposition from Local Business Owners
The surprise of the evening was opposition to the redevelopment from local business owners.

A letter from the Greenwich Property Owners Association (GPOA) signed by executive board members John Lucarelli, Rick Kral, Alyssa Keleshian Bonomo, Paul Pugliese, Tom Torelli and Joe Pecora expressed “serious concerns…regarding parking and traffic in an already congested area” and stated “this development as proposed will have a very negative effect on businesses and building values on lower Greenwich Ave and Railroad Ave.”

“The traffic caused from the movie theater, if successful, will not only back up traffic in and out of Greenwich from Exit 3, but the overflow parking needs will be forced onto Greenwich Ave,” Reichenbaum wrote, adding, “We are in favor of redeveloping Railroad Ave, but convenient parking must be designed so the public will not only know it exists but will be happy to use it.”

The rebuilt movie theater is proposed to have 554 seats, 104 fewer than at present.

A major issue, according to comments from attorney Eric Grayson of Grayson & Associates, is that Greenwich’s “parking lots are hidden or not readily apparent to outsiders and no one uses the lot under Greenwich Plaza.”

In a letter to P&Z dated Sept 26, Grayson wrote that usage is increasing, but not the number of available parking spots.

“The upgrade of the movie theater, addition of food court and food market will negatively impact parking on lower Greenwich Ave, and add to congestion and traffic pattern flows in the area…”

Mr. Grayson and Ron Brien, another local attorney, were both troubled by the possibility of a highly successful boutique movie theater with several smaller screens and reserved seating – even though the total number of seats is 100 fewer – citing inadequate parking.

A letter from 396 Greenwich LLC (which according to the Secretary of State’s website is registered to Joseph Baratta) expressed concerns about parking and traffic congestion, and asked P&Z to scrutinize traffic and parking study data.

“We have got to find a way to repopulate downtown.” – Peter Berg, RTM Land Use Committee

Peter Berg, chair of the RTM Land Use Committee spoke in support of regulation changes that may accompany the proposed redevelopment. He encouraged future development to increase the number of residents downtown, particularly families.

Mr. Berg has often cited projections of a decline in population in Greenwich’s downtown as worrisome.

Last year when Joe Tranfo proposed a 70-unit residential development spread over three buildings with two levels of underground parking behind St Mary’s Church on Greenwich Ave, Berg spoke in favor of the project as a way to repopulate downtown and enable residents to age in place.

Is There Potential to Feature View of Long Island Sound from Redeveloped Train Station?

The applicant said the view would be “small” if they added a story with a mezzanine or balcony to include a view of Long Island Sound.

Bruce Cohen, attorney for the applicant replied in writing to a question from P&Z about showcasing a publicly accessible view of Long Island Sound from inside the new train station.

Mr. Cohen responded that to do so would require an interior finished floor 55 ft above grade plane, which would result in building height of 70 ft.

With the additional height there could be a small view of the water, but the sight line would require looking over the Town’s commuter parking lots and I95.

“(The view) would not afford a spectacular or highly desirable view that would draw in observers,” he wrote.

Ewing advised that a full restaurant at the top of the proposed station would likely fail because the space is too small and most restaurants prefer to be on the ground floor due to operational issues associated with moving products.

That said, Ewing recommended that if the commission felt very strongly about creating a view, he would recommend a private event space/lounge/bar that would not require a full kitchen.

Architect Frank Prial said if a new story were to be added to capture the view of Long Island Sound, more structure would be needed to support it. That, in turn, would create a more dense and heavy station, and defeat the purpose of “the transparent and light station building currently planned.”

Furthermore, if in the future the applicant were to build an additional office building on the south side, it would obstruct any view from the north.

Lastly, on Thursday, the Commission explored proposed improvements to the station’s pick up and drop off, which they deemed essential to both increased user friendliness and better traffic flow on Railroad Avenue.