The owners of Lenny’s Bagels have signed a lease for the space occupied until recently by Rosie’s frozen yogurt in Cos Cob’s Mill Pond Shopping Center.

His sons Rich and Steve joined their father on Friday to size up the space for their next busy bagel shop and share their story.

Lenny, who has worked in the food business since 1978, branched off into the bagel business and opened his first bagel store in Hastings-On-Hudson. From there he ventured into New York City, running multiple businesses through the 1980s. 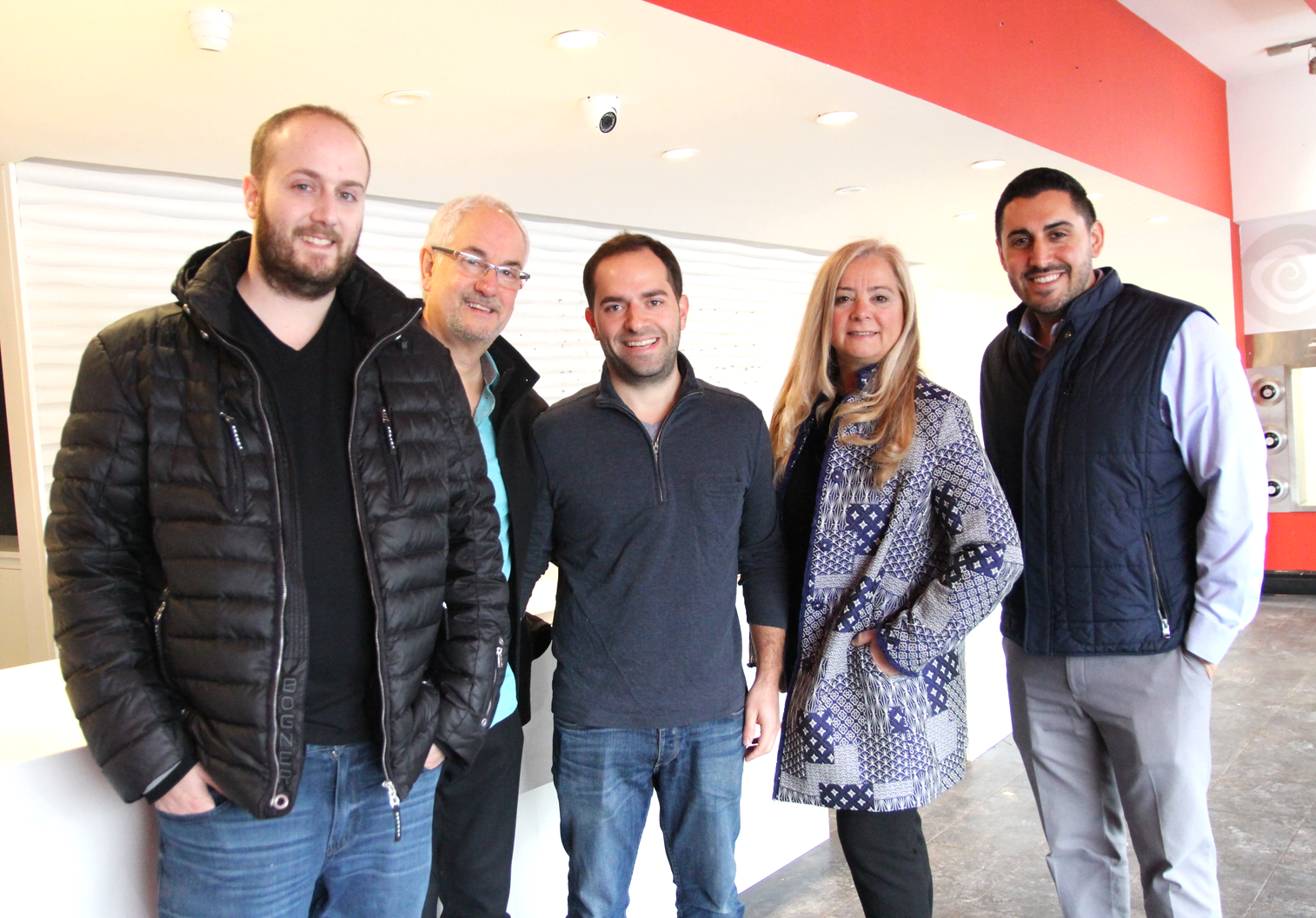 Honing his offerings over the years, Lenny expanded beyond bagels and cream cheese.

“Now we’re more into egg sandwiches and a lot of items off the grill, a lot of coffee, and catering,” he said.

But, oh, the bagels!

“Our bagel recipe is one we’ve been using for over 35 years. It’s one I came up with and tweaked,” Lenny said. “It’s like a traditional Manhattan bagel.”

Lenny said back in the 80s there were very few places that made that New York City type of bagel, a “rack bagel,” which is steamed before baking. “It has an entirely different texture.”

While there are multiple bagel varieties, there are also several variations of cream cheese.

“We were the first to offer tofuti, which is popular with vegans,” Richard said. “It’s a non dairy, and tofu based.”

As for Lenny’s foray over the state line, Richard said, “We thought about Greenwich for a long time. And a lot of our Rye Brook customers are from Greenwich.” 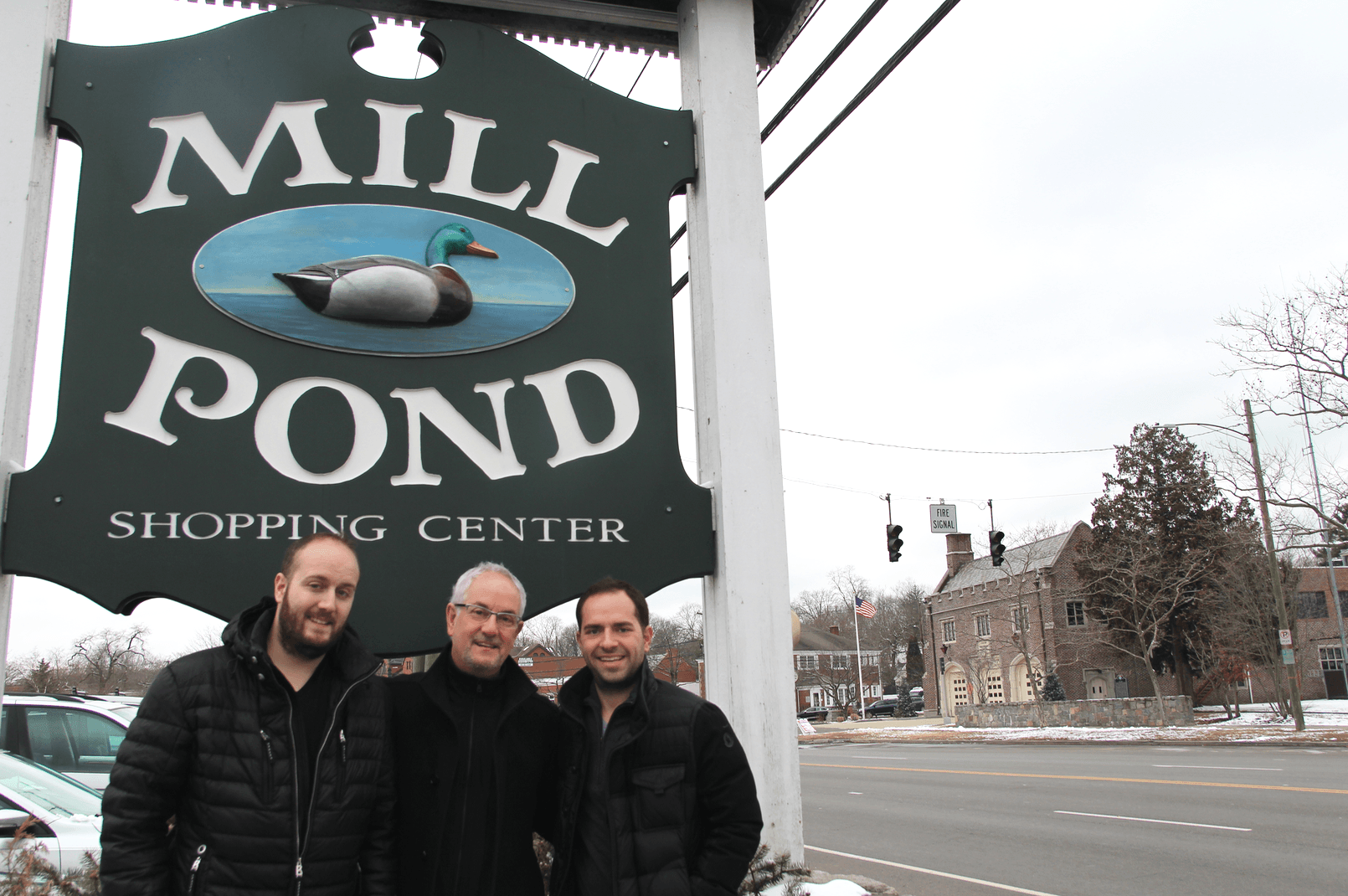 The Damatos, operators of Lenny’s Bagels, have wanted to expand into Greenwich for some time. Photo: Leslie Yager

A trip to Lenny’s location in Rye Brook afforded a glimpse at what is in store for Greenwich.

On Sunday morning, a steady line of customers reached the door. As Steve was busy slicing fresh smoked salmon, about a dozen workers were in constant motion. Some customers took their food with them. Others found seats at the tables at the front of the shop where they enjoyed hot egg sandwiches, grilled cheese, breakfast burritos and omelettes.

Additional varieties included a gluten free bagel. Others were named intriguingly, including “The Bad Boy,” an egg bagel with onion and poppy seeds. A variety called “My 2 Sons” featured sunflower, sesame and poppy seeds, and “My Ex,” with jalapeño and cheddar cheese.

There was a host of muffins in creative varieties including cappuccino and berry blast. There were croissants, chocolate croissants, mini muffins, cinnamon buns and rainbow cookies.

At the peak of the breakfast rush, egg sandwiches, available on any of the bagel varieties – or a croissant or a roll – were abundant.  They were offered with choices of meats, cheeses and toppings including hash browns, avocado, spinach or peppers & onions.

Lenny’s in Cos Cob is due to open in late spring or early summer, expanding the food offerings at Mill Pond, which is anchored by Coast Seafood & Bar.

Two doors down is Federico Perandin and Anissa Nouhi’s popular Pastaficio, which opened last September. Also set to open this spring in former frame shop is Greek Tale, a souvlaki based restaurant.

Listing agent Diane Roth said she was excited that Cos Cob is becoming known as Greenwich’s specialty food district. She was also the listing agent for Pastaficio and Greek Tale.

“I like that Lenny’s is another local family running another business,” she said, adding that the free and abundant parking is another draw to Mill Pond.

Anthony Longo, with William Raveis, was the showing agent.

The Damatos anticipate their hours will be 6:00am until 4:00pm.

What’s In, What’s Out in Greenwich: New Greek Restaurant Coming to Mill Pond