The Boys and Girls Club of Greenwich has put a plan into action to decrease waste from the building and help the children learn to recycle, with help from GRAB (Greenwich Recycling Advisory Board). 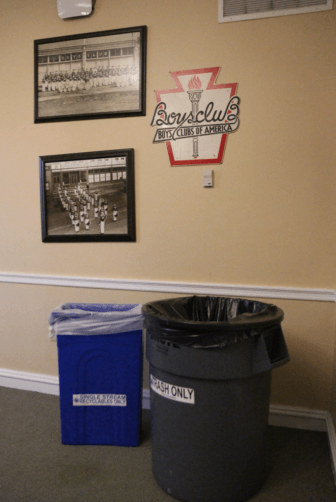 The process began when Megan Sweeney, the Vice President of Administration at the Greenwich Boys and Girls Club, approached GRAB to formulate a plan to increase recycling at the club.

With 340 kids inside a 53,000 square foot building, it was certainly an ambitious plan. However, by planning out the initiative and educating the children, it has been successful so far.

There were several steps to the plan: naturally, recycling bins needed to be placed around the facility, but the maintenance and janitorial staff also had to be prepared for the implementation.

In addition, new dumpsters were needed to collect the waste and the hauling crews had to be informed of the change. A Q+A session was held for staff and children were trained after school in order to ensure success.

Most of the starting work has been done, but it is an ongoing process. With the success that has been achieved, changes are being made to the system. For example, some children volunteer to put on rubber gloves and pick up litter and items that can be recycled around the building in exchange for “Boys and Girls Bucks,” a currency that they can use at the Club.

With GRAB’s $500 donation towards the $1,300 total cost of the 40 recycling bins, the Boys and Girls Club of Greenwich has achieved a lot.

According to Boys & Girls Club’s Megan Sweeney, “Recycling is part of character development. It’s just part of being a good citizen.”