Letter to the Editor submitted by Sarah E. Darer responding to Berrin Snyder’s letter to the editor of published March 25, 2018

Denial is the biggest enemy when it comes to fighting so many problems in our society, and Berrin Snyder’s letter to the editor was a prime example. Not only does Snyder contradict her own “logic” within the letter, she makes a mistake that infuriates me as someone who works with and writes for teenagers – she underestimates them.

Ms. Snyder claims: “High School is NO place for politics. Students need a neutral environment to explore, research all angles of a subject, let their imaginations travel far, be creative. I deplore politicizing tragic events, using our high school as the venue, and I wonder what the benefit is and to whom? In my day, we focused on studying politics, history, current events, and the issues; not demonstrating.”

Right from the get go, Snyder not only contradicts herself by claiming that high school is no place for politics, but then goes on to say that in her day, “we focused on studying politics, history, current events, and the issues.” How more current of an event, or more important of an issue could these teens possibly have than joining fellow high school students across the country to protest the inaction of our political leaders on even the most common sense reforms. Does Ms. Snyder realize that clear majorities even in a Fox News poll now support these reforms? 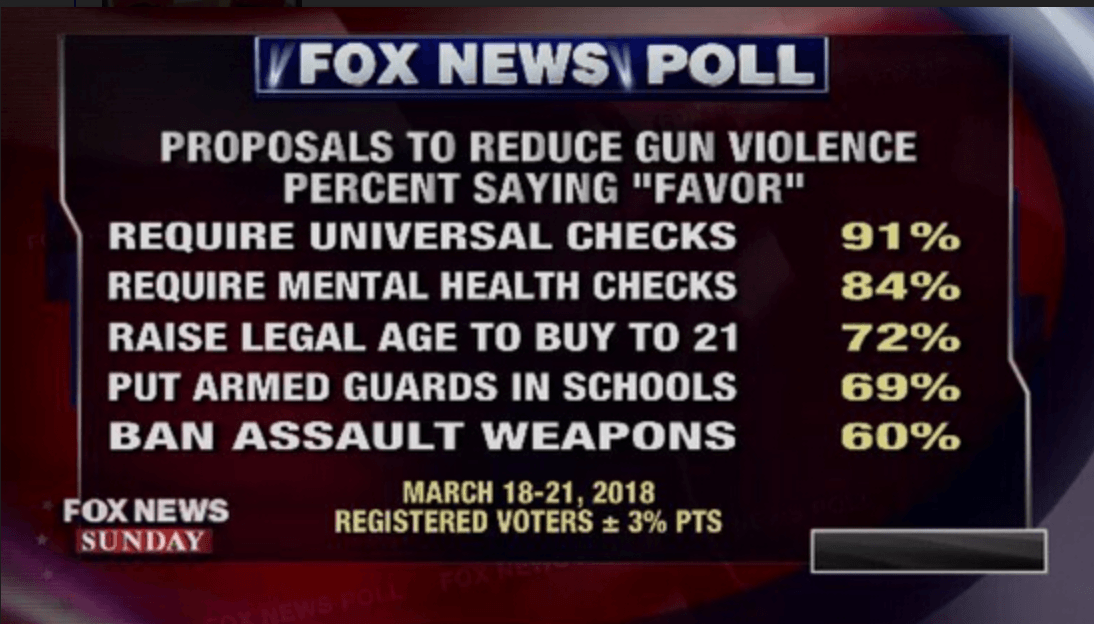 She continues: “Their mandate is to learn and grow, not agitate! How long have these kids even lived on this planet? Have they researched the issues, or are they busy doing assigned homework and sports, as they should be? Do they pay taxes? I am not diminishing kids’ ability to teach adults a thing or two, but let us leave them alone to enjoy their fleeting childhood and teen years. We, the adults, need to solve these problems and the Greenwich schools were quite right to control the situation.”

So much to unpack in just one paragraph… Here, Snyder makes the grossly inaccurate assumption that by making a decision to protest students aren’t “learning and growing.” What’s more, she patronizes our teens by assuming that they haven’t researched the issues, because they “are too busy doing assigned homework and sports, as they should be.” There are few things that make me angrier than adults who underestimate teenagers.  I wonder if Snyder could do half the things that we now expect of our young people. She then goes on to ask: “Do they pay taxes?” as if being a taxpayer is a prerequisite to exercising one’s right to free expression under the First Amendment.

Does Ms. Snyder realize that kindergartners are being put through active shooter drills? How does she reconcile that with being left alone “to enjoy their fleeting childhood and teen years”? As for “we, the adults, need to solve these problems” – at that point, as one of my teen protagonists might say, “I rolled my eyes so hard they nearly fell out of my head.” The reason these students are compelled to march for their lives is because they are tired of adults taking decades to NOT solve the problem. They are sick of wondering if their school, their friends, and their teachers will be next to die at the hands of an AR-15 while the so called adults do nothing.

But wait, there’s more! “The Indivisible article is more concerned with students’ “rights” and banning the press than they are with the 17 deaths in Parkland.” Ms. Snyder says: “Such inflammatory comments are irresponsible and puzzling” and “I deplore politicizing tragic events,” and yet that is exactly what she is doing, by making the reprehensible claim that anyone who disagrees with her isn’t properly concerned with the deaths of Parkland students.

Ms. Snyder wants to know what “other parents think about it.” Well this parent, whose daughter is student teaching at a high school in Maryland and had heart palpitations when she got a news alert that there was ANOTHER school shooting at a high school in that state, is unutterably proud of young people across the nation for using their voices in such a power way; for encouraging their friends to get informed, and most importantly, to vote. My daughter is training to teach because she wants to educate, not to be a human shield for her students because Congress refuses to act.

Ms. Snyder seems to have forgotten that the purpose of our public school system isn’t just to make our kids “college and career ready,” it’s to make them citizenship ready.

Litvack March 15: Litvack: Restraining media’s ability to report is a step in quicksand

Media Banned from “Unity Rally” at GHS. No “Walk Out” Allowed