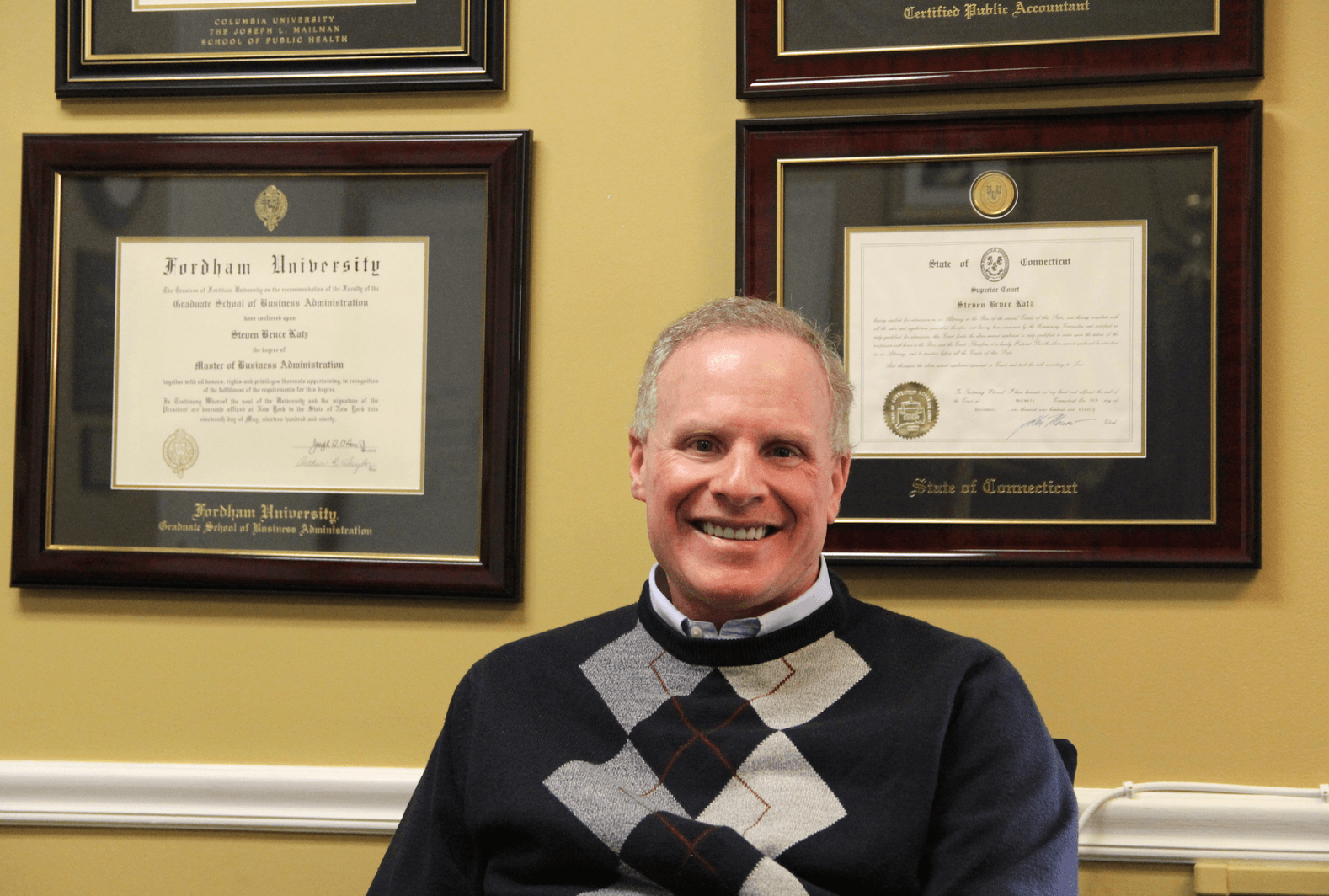 Much has been said lately about aging in place in Greenwich.

In land use meetings and input sessions for the new Plan of Conservation and Development, talk has focused on the Town’s changing demographics, and folks are scratching their heads and wondering why millennials are not moving to Town.

Meanwhile in Greenwich, Steven Katz, with over 100 employees at Sterling Care, which he founded in 2009, is catering to people who want to age in place in Greenwich.

Katz, who jokes that the acronyms after his name take up an entire line on his business card – JD, MBA, LLM, MPH, CPA, CMC, CDP, FACHE, and Certified Geriatric Care Manager – said Sterling Care is thriving and has grown to over 100 employees in Connecticut and he just opened an office in White Plains.

“We fan out to through Fairfield County – from Norwalk through Greenwich – and in Westchester down to Bronxville,” he said, adding that, unfortunately, due to the zoning regulations in Greenwich there is a missed opportunity for assisted living developments.

In fact there are no assisted living facilities in Greenwich.

“Moving to Stamford is not aging in place,” said Katz.“But it’s hard to age in place in Greenwich. You have to go to Stamford, Purchase or Armonk.”

Nevertheless, changing demographics of Greenwich have been a boon for Sterling Care.

“People are living longer, and into their 80s with chronic conditions for several years,” he said, adding that beyond taking physical care of seniors, Sterling Care’s services improve their health, independence and happiness.

“I can put anyone in front of a TV set and cook them a meal,” he said. “I effectively am warehousing them.”

Katz said Sterling Care offers a team approach. “You need a support structure to keep someone in their home and engaged. Not an individual, but a group of people with different approaches and lenses to support the person with a high quality of life within their home. That’s our biggest satisfaction.”

“We have a who’s-who of geriatric nurses and therapists who are local,” he said, adding, “We’re the only home care agency that has a director of memory care.”

Katz said caregivers can burn out, get distracted and feel they have to be part of the care team, but with a team approach, it’s possible to prevent the aging family member from being rehospitalized.

Sadly, he said too often the need for assisted living is triggered by a catastrophic event.

“The joke in the industry is people plan well for when they die and for funerals. And when think about retiring they do their estate planning and envision playing golf. But no one wants to plan for the time that someone takes care of them,” Katz said. “It doesn’t’ matter how smart or successful you are. Your life can be cut short if you don’t get a caregiver earlier enough.”

Often he said the triggering event involves a fall. “You see people furniture walking,” he said, referring to a person holding onto the counter, table or back of a sofa to navigate their way across the room. “It’s a fall waiting to happen.”

Katz described a scenario that plays out in his office repeatedly where families come to him for advice after “the event,” which is often a fall. He said there is usually about two weeks before the hospital discharges the family member and then it’s often an adult daughter who has to make a six figure decision in that amount of time.

“Most daughters come in they will talk for  30 to 40 minutes and I just listen. Then I tell them how we can help them,” he said. “They’re usually between 35 and 60 – bright  and articulate. This is the first generation of daughters who really have to take care of their parents for a long time.”

Katz said often in these situations, long term care has been elephant in the room for quite some time. Then comes the catastrophic event.

“If this was your child, you wouldn’t wait until the ambulance came. If you deal with it earlier you could avoid the catastrophic event,” he said.

Katz advocates people taking out long term care insurance starting in their 40s or 50s.  “It should be part of a bigger financial plan. Otherwise, if you wait, you see it as an expense, and keep saying I don’t need it yet.”

Katz, who also serves at the vice chair for the Greenwich Commission on Aging, said not only do families need to plan ahead, but municipalities need to be proactive too.

In a recent survey of Greenwich residents age 45+ had 1,800 responses, Katz said one statistic popped out.

People were asked how important is it to them to remain in the Town of Greenwich as they age.

A follow up question asking the likelihood they would move outside of Greenwich upon retirement resulted in 47% of respondents saying very or somewhat likely.

“It’s a big gap,” Katz said. “A lot of people would like to stay in Town but can’t. If you need assisted living, you can’t stay. We just don’t have those facilities.”

Meanwhile developers are targeting spaces along the Rt 1 corridor and using state incentives to build affordable housing and a town regulation for moderate housing, referred to as “workforce housing.”

But they are not building assisted living or nursing homes.

At the March 5 P&Z where proposals to develop of 500/600 and 581/585 West Putnam Avenue using incentives for moderate income housing would create 67 residential units on one side of the road and 35 on the other, among the outpouring of negative feedback from Greenwich residents was a comment from Vin DeMarco from the Pemberwick-Glenville Association who hit the nail on the head when he said, “I’d like to see my mom in a place like that where she could walk or take a bus.”

The moment was instructive. “I don’t think the Town is being pro active enough,” DeMarco said. “Affordable is important but senior housing is even more important.”

Peter Berg, chair of the RTM Land Use committee has repeatedly mentioned state projections that Greenwich’s population will drop by 20% by 2040. “It’s the house across the street that used to have two grown ups and two kids – now it has one widow,” he said recently. “What you’ve got is an aging population.”

Katz said Greenwich needs to be proactive to keep the aging population in Town.  “It has to be a mindset,” he said. “The Town’s biggest challenge is how to get people to age here. Do we have facilities? Do we have the infrastructure?”

Katz said in the recent survey the issue of housing arose. “People were concerned about buildings and facilities. It’s hard to say I want to go to a public space if you can’t have an age friendly bathroom or buildings accessible, and benches on the sidewalk.”

“And by the way, older adults are good people to have in Town. They pay taxes, go to restaurants, and have disposable income – but don’t have kids in public school,” Katz continued. “Property values are based on attracting families, but there’s a lot of expense with attracting families. But if you can make it attractive for older folks to stay, they pay taxes and use much less services than families do.”

Toward that end, Greenwich is seeking to be designated an “Age Friendly Community.” There is also possibility of a dementia-friendly designation.

For those interested in this topic, the Greenwich Commission on Aging will host a panel discussion on the Town-wide survey results for Greenwich residents 45+ on Wednesday, March 13, in the Bruce Museum Lecture Gallery beginning at 6:30pm. Mr. Katz of Sterling Care is one of the panelists.

Community Conversation: Making Greenwich A Community for All Ages