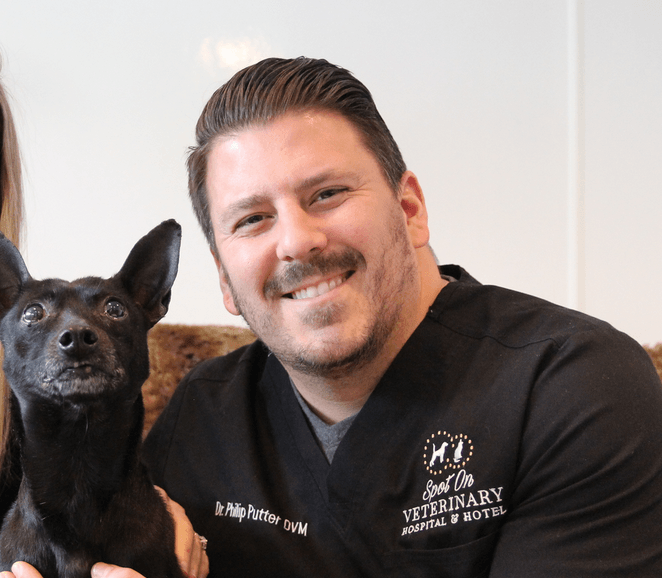 Edible marijuana, popular across the country, albeit not legal in every state, looks and smells tasty.

In addition to its use as a recreational drug, devotees tout its benefits including better sleep, increased appetite, and pain reduction.

That said, when a person ingests marijuana, it’s a choice. That’s not the case with dogs, and they can end up becoming very sick.

Over the past 6 years, the Pet Poison Helpline has experienced a 448% increase in marijuana cases. Locally, dogs from Greenwich and Stamford have had some dangerous, bad trips.

Dr. Philip Putter of Spot on Veterinary Hospital and Hotel in Stamford reports he’s had clients bring in dogs who have eaten their owners’ edible marijuana and gotten sick.

“Honestly, the primary issue starts with honesty from our clients,” Putter said, adding that if an owner brings in their sick dog and doesn’t admit there was marijuana involved, it’s a challenge to treat the pet.

Dr. Putter emphasized that he does not pass judgement on an owner whose dog ingests marijuana, and he is not looking to get anyone into trouble.

“It’s like like when your lawyer or reporter says ‘off the record,’ we need honesty from our clients,” he said. “Some clients see a stigma with marijuana and don’t tell us the truth.”

Putter said owners should take measures to avoid their dog getting their paws on their edible marijuana in the first place. But if the worst happens, get to the veterinarian quickly and be honest.

Veterinarians need to know if a dog has ingested THC in order to help them. “If there’s THC, our not knowing is the most detrimental,” Putter said, going on to describe the clinical effects of intoxication from THC.

“It causes a laundry list of clinical signs, and usually early on you see the dog is lethargic and uncoordinated and there is vomiting, and eventually diarrhea,” he said. “They’ll have glassed over dyes, dilated pupils, and possibly alternate between being dazed and quiet, and then over reacting.”

“The animal doesn’t know why they’re feeling the way they do. They’re falling over. They’re awake and then asleep – it’s stressful for them,” he said.

Often a result is the dog who has ingested marijuana will have Ataxia, which is a loss of coordination or difficulty walking.

Another symptom is either a very high or very low or high heart rate. Or they may whine or cry. Their body temperature can fluctuate up or down.

The worst clinical signs are seizure or coma, both of which are rare and result from a very high dose.

There’s about 100 different varieties of Cannabinoids in these plants, some are beneficial and some are harmful.

What makes the edible marijuana harmful to the dog is the THC.

“Not every dog responds the same way. Some respond to a small amount, a gram or two. Sometimes a big dog can windup flat on the floor and have all these neurological signs.”

“Now that marijuana is legalized in certain circumstances, the horticulturalist spend time concentrating high amounts of THC,” Putter said. “If a dog was exposed to a small amount of concentrated oils they can get a very big dose.”

Putter said there have been incidents of dogs chewing on vape pens and ingesting the liquid THC.

He said there have been incidents where the dog also is burned by the vape’s battery. One dog he treated ingested liquid THC from the vape, got burned by the battery, and, even ate the capsule with the glass, the oil and metal. “He was down for the count for two and a half days,” he said.

If someone thinks their dog has ingested marijuana or liquid THC, the faster they act the more the veterinarian can do. If the regular veterinarian is closed, Putter advises they bring the dog to Cornell University Veterinary Specialists in Stamford.

“If it’s been less than 2 hours, we can have the animal throw up while there is less absorption,” he said.

Not only can dogs be effected through ingestion, they can also get sick from inhalation. “Second hand smoke is a problem too,” Putter said. “It’s not your grandmothers’ pot. It’s medical grade.”

Magic Brownies
Putter said when a dog ingests a brownie or other item containing both chocolate and marijuana, the problems compound.

Putter said he recently treated a dog that ate a half tray of “magic brownies.”

“There is no antidote. There is just treatment of clinical signs,” he said. “Because they are nauseated, they won’t eat or drink. They become dehydrated, so we use IV fluids therapy.”

CBD
Putter said CBD oil, which is derived from the hemp plant, does not contain THC.

“Many veterinarians prescribe use of CBD oil. “We’ve been using it in dogs for about 12 years. We’re big proponents of it,” Putter said, adding that its two primary benefits are decreased inflammation – for arthritis and pain – and as an anti-seizure medication.

CBD is short for Cannibidiol. CBD oil can be given orally and can be mixed with broth for a chicken flavoring.

“Before CBD we didn’t have any reliable or good anti-seizure medication without side effects,” he said adding that Phenobarbital is widely used to treat seizures in dogs, but has side effects. “It is metabolized by the liver and long term use can cause liver disease.”

Putter says when a dog ingests marijuana, the clinical signs can show up between 5 minutes to 12 hours later.

“Time is of the essence. As long as they show up, it’s fine.” – Dr. Philip Putter

“It’s mostly about getting to it quickly. You can eliminate some of the bad stuff, and the fear and anxiety! Don’t sit on it.”