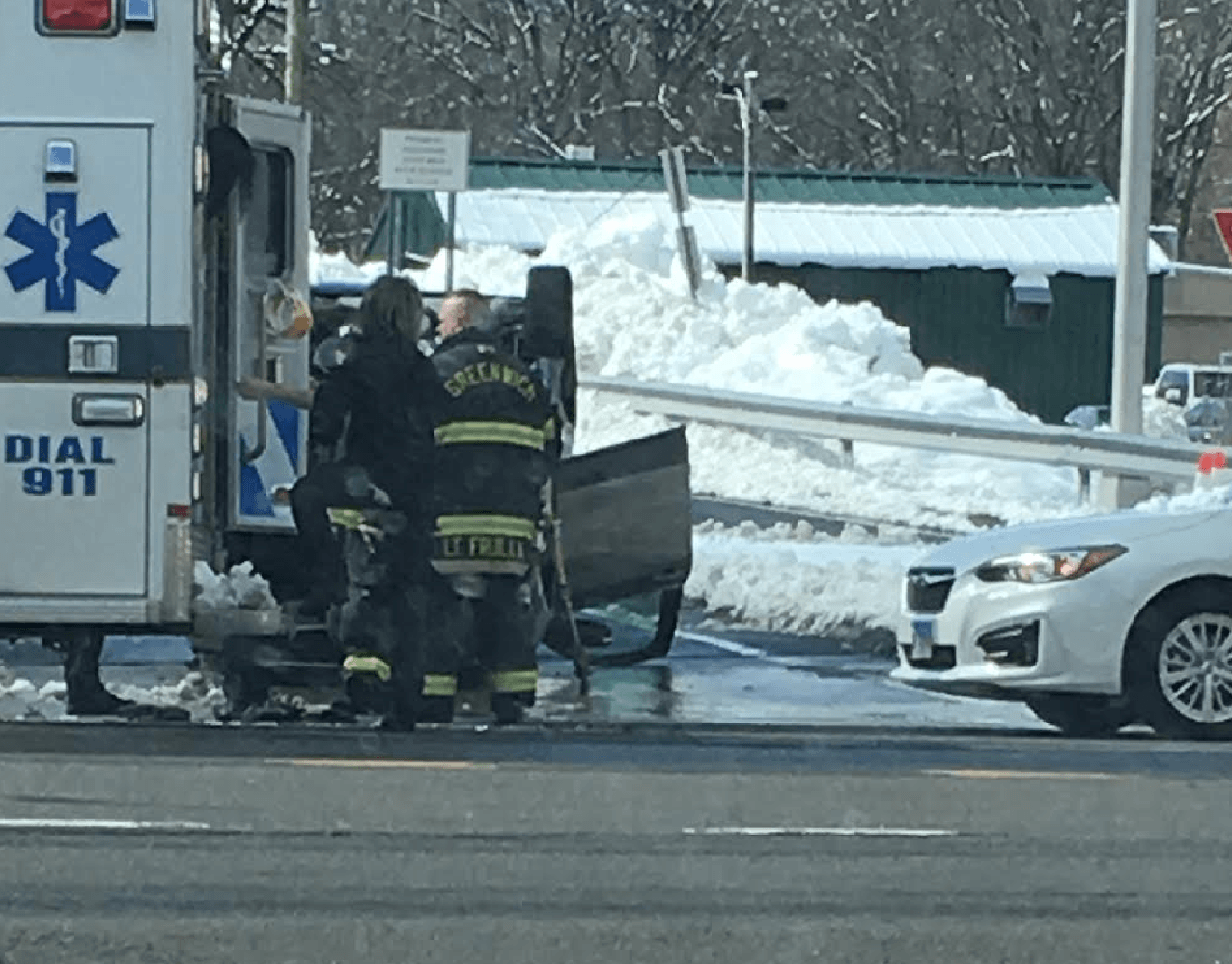 A crash resulted in a Chevy rolling over near the exit 3 ramps on March 4. Contributed photo

Greenwich Police report that a motor vehicle crash on March 4 resulted in a Chevy Equinox rolling over.

The incident took place around noon after a car traveling from Horseneck Lane south toward the Arch Street parking lot was hit by a Volvo XC70 that ran the stop light at the foot of the Exit 3 exit ramp from I95.

Lt Slusarz said, when the Volvo hit the Chevy, “It got the car to spin a little. Then the car hit the curb and rolled over.”

Slusarz said the driver of the Volvo who ran the red light and t-boned the Chevy was issued a citation for Failure to Obey the Traffic Control signal.

He added that there were no reported injuries. Everyone was wearing seatbelts, and airbags deployed.