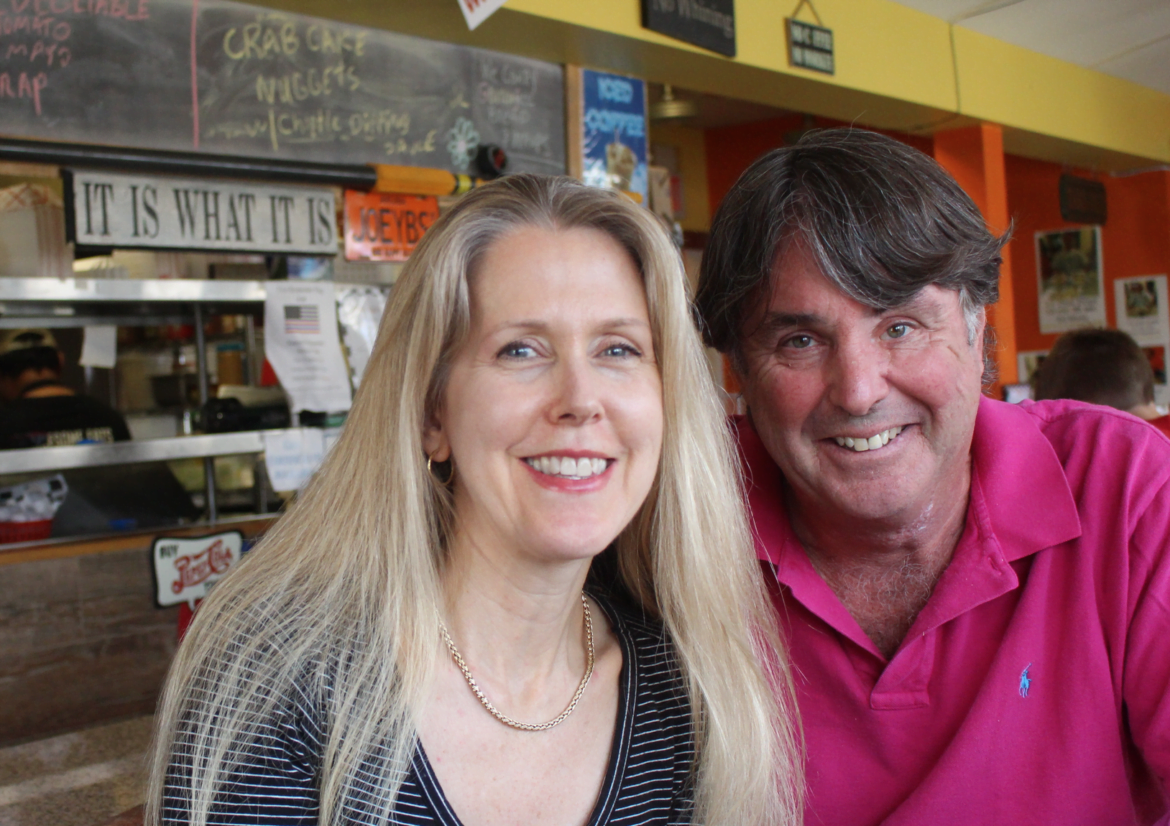 Scot Weicker and Daphne Dixon, the founders of Live Green Connecticut!, are counting down the days to the first-ever craft beer festival in Roger Sherman Baldwin Park, set for Sept 30.

At “The Last Taste of Summer,” guests will each receive a 4 oz souvenir tasting cup that they can rinse at rinsing stations in the park and re-use throughout the festival, which is a “zero waste” event.

“Craft beer is so popular today, and this is a way to draw attention to sustainability while bringing people together,” Weicker said, adding, “The Last Taste of summer is where green meets mainstream.”

Local bands who will perform at the festival include The Clams, a classic rock band. Some members of The Clams have been playing together since their days at Greenwich High School in the late 1970s/early 1980’s as the band Revelation.

Ken Coulson, a multi–instrument musician, who founded Future Bright, an advisory and think tank in Sustainability, will perform in the VIP tasting tent.

The Last Taste of Summer, with its emphasis on craft beer sampling, is more oriented to adults – those age 21+ will get one color bracelet and those 20 and under will receive a different one – but the theme of environmental education and sustainability will persist.

“Everything is recyclable, so nothing will go into landfill,” Weicker said of the zero-waste event, adding that City Carting is an event partner.

Dixon, a master gardener who is a passionate advocate for sustainability, said she is working with non profit Food Rescue US  (formerly Community Plates) to arrange a food run with leftovers from the food trucks at the close of the event.

The mission of Food Rescue US is to end American food insecurity by directly transferring fresh, usable food that otherwise is thrown away at restaurants and grocery stores to food insecure families.

Dixon, who only generates a single bag of trash every six months, is an enthusiastic advocate of the goal of zero-waste. “In Connecticut, we’ve run out of landfills,” she pointed out.

“But there’s a market for everything. Think in terms of materials management,” she said, citing the company Junk Luggers, who hope by the year 2020 to be able to find a home for everything they pick up, with nothing going into landfill.

“They’re taking everything and trying to find a market for it, whether it be to paint and repair or take something apart and sell the pieces,” Dixon said. “Think of everything as a commodity. Some things are recyclable and some are compostable.”

Relating the environmental theme back to the craft beer sampling, Dixon said, “One of the things I learned about craft beer and its distinct flavors, is that it relates to the soil that the hops are grown in. Plus, our water in Connecticut is amazing. A lot of the ingredients for the local brews are kept secret.”

Another community partner of the Last Taste of Summer is “Curbside Compost,” a recycling program that picks up food scraps and composts them. In turn, they deliver compost to Fairfield and Westchester County communities.

On Sept 30 the general admission for The Last Taste of Summer is from 1:00pm until 4:30pm.

Tickets are also available at Val’s Liquors and Horseneck Liquors.