Marina Rosin Levine’s busy life is like that of many Greenwich moms. On any given day she balances a full time job with volunteering and raising a son, 11, who is a student at CMS, and a daughter, 6, who attends North Street School.

Levine, who has worked in the shoe industry for most of her career, recently started her own shoe company specializing in designing and manufacturing private label products.

“We’re the ghost designer behind brands including big companies and my own,” she explained, adding that she started her own shoe company right around the time she was launching Indivisible Greenwich with Joanna Swomley and Nerlyn Pierson. 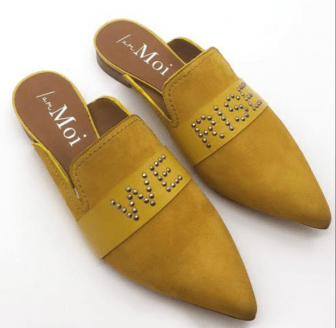 That was back in December 2016, she said, adding that as her business began to take off, she need to take a step back a bit from Indivisible where she had been a leader on the environmental committee.

“But my values never wavered,” she said.

Levine said she and her husband, who were both born in the Soviet Union and came to the US as children, have never taken democracy for granted.

“We recognize, based on our families’ experiences, that democracy can slip away, because we lived it,” she said. “The only reason I’m here is because my immediate family’s purpose was to escape the hatred and lack of freedom that we’re currently experiencing an uptick of here.” 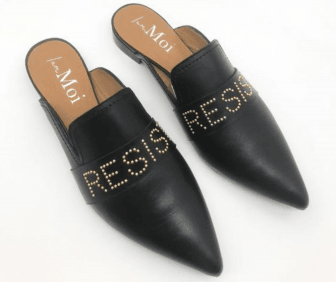 After participating in the January 2017 Women’s March in DC, where speakers motivated large crowds and thousands of women carried motivational signs, Levine felt strongly that democracy would be strengthened if more women held public office.

In Greenwich’s November 2017 municipal election, women ran for RTM in unprecedented numbers and won many seats, moving women’s representation from one third of the 230-member body to half.

Levine began to realize her vocation and values might somehow dovetail.

“I was busy and couldn’t volunteer as much. I got frustrated and upset,” she recalled. “Then it crystallized as the conversation about mid terms started.”

The designer founded IamMoi Shoes to help women running for office. Through her footwear e-commerce platform, Levine donates a percentage of profits to the group She Should Run, a non-partisan group that was created in 2012. 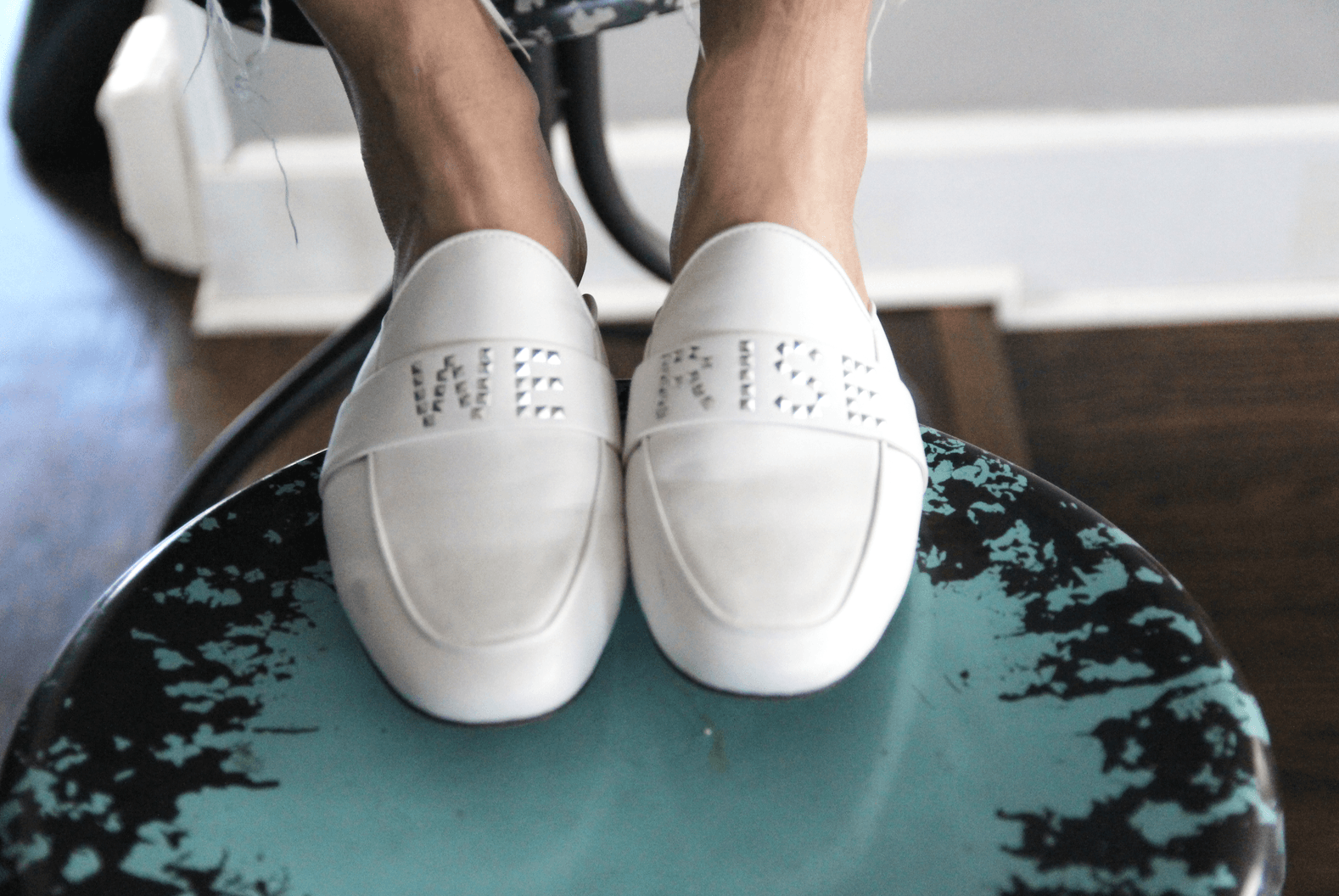 Asked whether she had any reservations about being identified with a brand of politics, Levine said, “What’s going on today is dangerous enough that I don’t mind attaching political views to my brand. Progressive values are important to women, and we stand behind that as a company.”

Levine said one of the things she is trying to do is encourage conversations. She said there is an organization called  Conversations for Change that literally trains people to have conversations.

“They learn to listen to what people are afraid of,” she said. “I have no qualms about creating these types of conversations and using my company’s platform as a place to do that.”

So what exactly are these messages on shoes? One popular message is “Resist,” which Levine noted was a theme in the women’s march.

“A lot of people are saying resist is a big liberal word,” she said, adding, “But based on my experience with Indivisible Greenwich and the shape of politics, resist has become a word used by anyone against the lack of values coming out of the current administration.”

Another word on shoes is Vote, which Levine said is a pretty obvious suggestion. “We would like to encourage people to do the one job they have as citizens in the US, which is to vote.”

And she said “We Rise” is an important message borrowed from women running for office.

Because of her private label business, Levine said she initially designed the message shoes for a different label. “But they sold so well,” she said.

“The sandal style sold out,” she said. “I can’t say the name of the brand. But that was one of the first moments I decided to proceed with the idea on my own.”

Levine built a website herself and collaborates with a factory in Spain to make the shoes.

“It took a few weeks to get the first samples out, and a few hours to set up the website,” she recalled. “Now the shoes are selling off the website.”

Levine said she’d have liked to sell the shoes with messages during the midterms but the shoes weren’t ready. People can order them and they’ll be ready in February.

“That’s not strange in the fashion business,” Levine explained. “Factory straight to customer – by having pre-orders we know how many to order and inventory. That’s a huge trend.”

The idea of branding has also changed. Levine said that for many years,  brands were based on one famous person who would serve as the muse or design influence over various product categories.

“In the last few years, millennials especially, want to have deeper knowledge about the products they consume,” Levine said.  “That’s why it’s not just about smacking Calvin Klein on a t-shirt. It’s more about what we stand for and whether our customers buy the values that we stand for.”

“It’s been proven that customers pay more for products that represent something they strongly believe in. I do,” she said adding that she buys organic and natural products and no longer strives to keep up with the most current fashions.

“There was a time a few years ago I looked at fast-fashion and the need to stay on the cusp of every little trend because I worked in fashion,” she said. “I have to represent the industry I’m in, but now it’s more important to wear things that are made better, with materials that are sustainable.”

As for her manufacturing in Spain, Levine said she checks for compliance on labor laws, factory conditions, dormitory living conditions, child labor laws and overtime.

“That’s all just as policed as it is here,” she said. “I believe in sustainable globalization. We have left the curve of industrialization, and segued into a service-based economy. Any rhetoric that tries to prove otherwise is b.s.”

Levine said she does wear her message shoes around town.

“I’ve had people stop me and ask me where to get them,” she said, adding that the best moment she had while wearing her shoes when she was in midtown Manhattan, near to Grand Central, crossing the street.

“A giant New York City bus pulled over and the bus driver opened the door and yelled where’d you get those shoes?” she said.

So far, Levine said, just one person has reacted negatively.

“Someone  approached me and asked how I feel that this product is divisive in today’s climate,” she said. “I told him I appreciated his opinion and that and I was glad I used this product as an opportunity to get in a conversation with him. I told him it’s important to have women run for office.”

Check out the message shoes at the iammoi website.