Most of the faces were familiar and included members of the RTM, BOE, ZBA, ARC, P&Z, and leaders of neighborhood groups, a fact which was noted by one attendee who lamented that there were no young residents.

Consultants from Houseal Lavigne, Devin Lavigne and Todd Meyer, hired by the Town, shared illustrations of what Greenwich Avenue and Putnam Avenue could look like if they were developed under existing regulations. 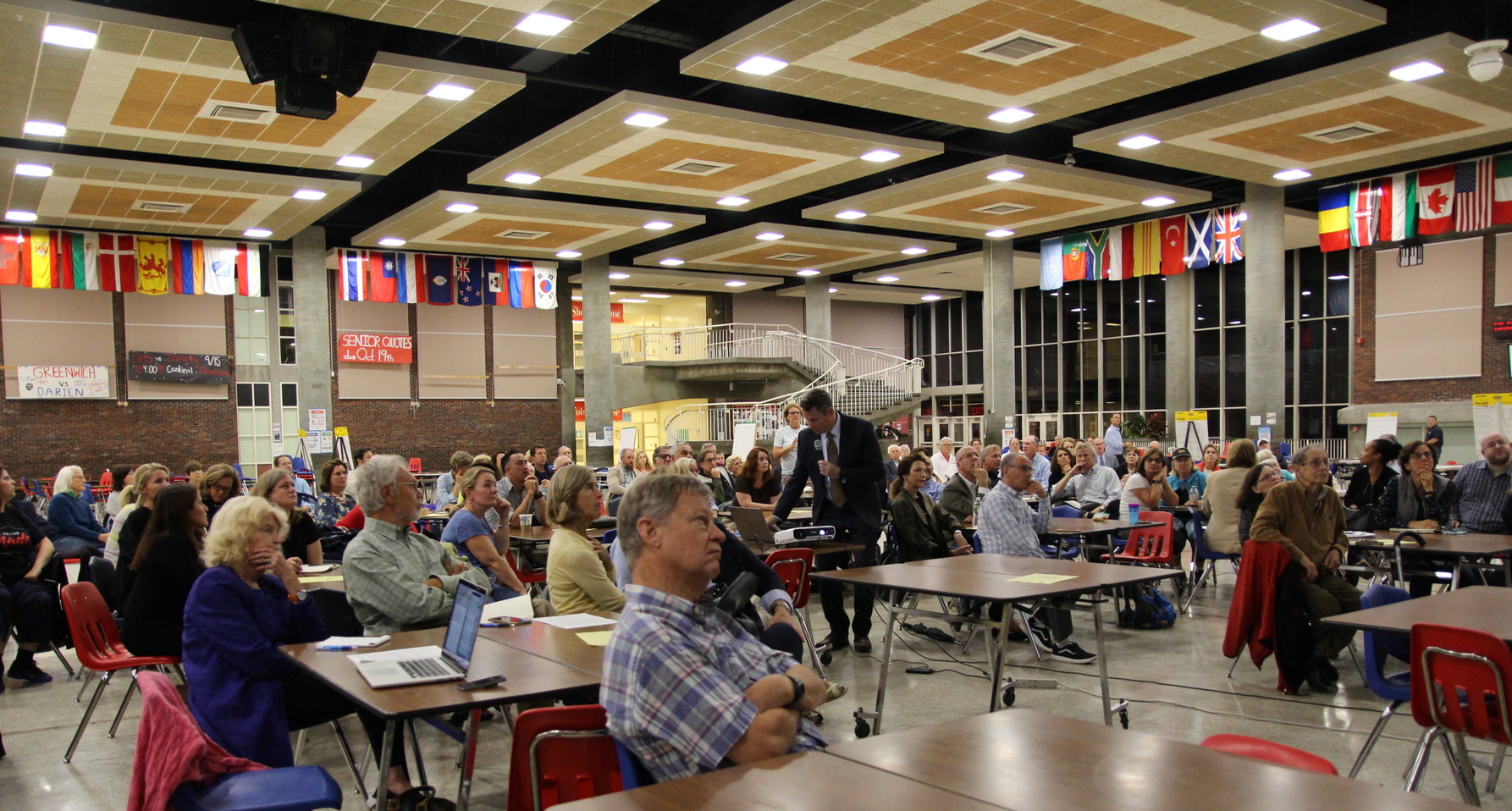 Using a computer model, the consultants took existing zoning ordinances and showed what could be built (red), imposed over existing buildings (yellow).

“If there is a disconnect between what you want and what gets built, we want to know that,” said Mr. Meyer, adding that the transformation could result in a consistent street wall.

“Developers have the tendency to max out every single space,” he said. “We’re finding disconnect between what you want and what’s going to be.”

Meyer said that with input from the community, his organization “will allow your future visions to become a reality.” 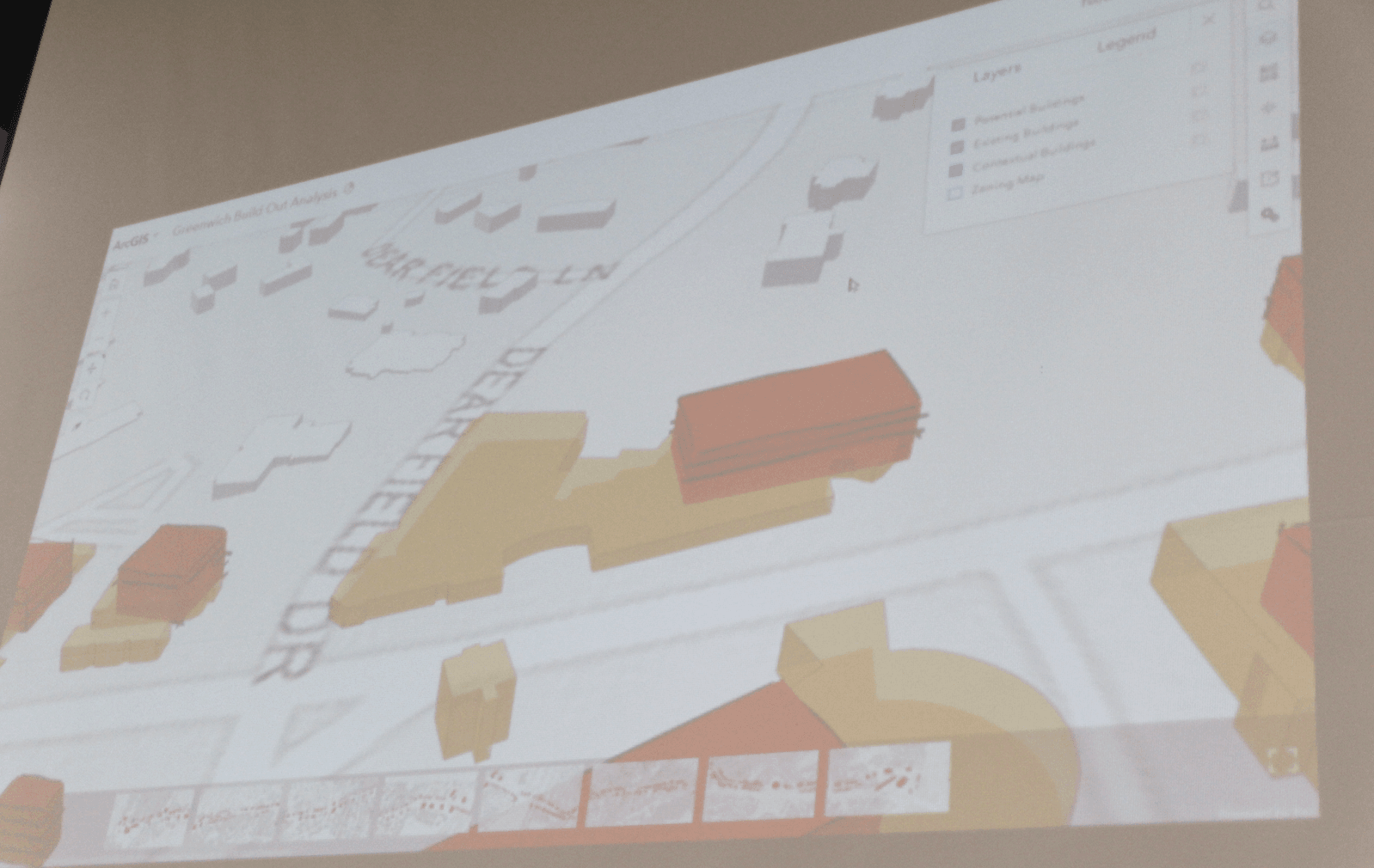 If Greenwich Library were to be rebuilt, the image (in red) is the multi story building that could under existing zoning regulations take its place.

Using the example of Greenwich Library, Meyer said the image of a multi story building (red) is what could be built.

“So the more you go up, the more setback you need,” he said. “That creates empty space between the buildings. That shows a shortcoming of the code.”

Meyer noted that along Putnam Avenue there are many grandfathered in non-conforming buildings, and if they were redeveloped, they could be much higher. “The existing code doesn’t reflect what’s there now,” he said. “An architect’s first brush stroke would be what they could develop and that would be the red boxes.” 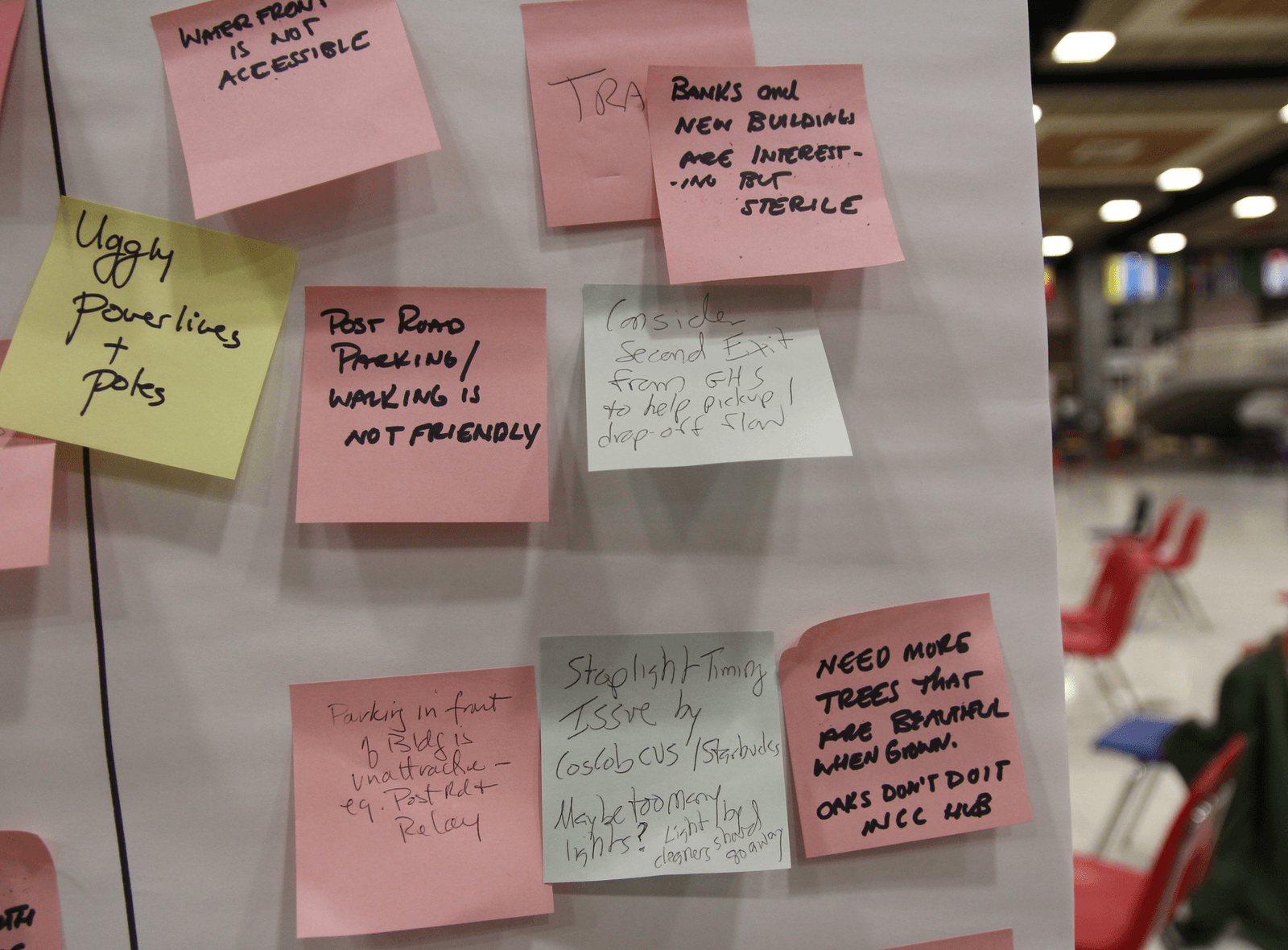 In response to a resident’s complaint about the mish-mash of signage along Putnam Ave that even includes some billboards, P&Z director Katie DeLuca said signage and lighting regulations are in the process of being updated.

Andrea Blume, chair of the Pemberwick-Glenville Association, asked the consultants if they were looking at Army Corps of Engineers flood mitigation studies. She said flooding is an issue on the west side of town.

“Recently on Tuesday there was a flood, and sewage came up,” she said, referring to the Byram River, which runs through Glenville, Pemberwick and Byram.

“We’re not engineers, but other people are at the state, federal and local level. We’ll incorporate those recommendations into the plan,” Meyer said.

Mike Kischowski, another member of the Pemberwick-Glenville Association, said he hoped input of neighbors closest to the commercial zone would receive priority.

“Are you taking steps to make sure proposed changes align with the desires of the people in those neighborhoods?” he asked. “Because someone might ask for coffee shops 20 minutes away.”

“We’re going to see if some comments repeat themselves,” Meyer replied, adding that residents would see the plan before it is finalized. “This plan will have plenty of opportunity for input and review.”

“The codes were designed for example for ample parking the day after Thanksgiving in some of these zones,” he said. “We want to start with the vision and character of some of these areas in town, and then find the appropriate, best practices, themes and trends in other communities.”

That said, Meyer would avoid the “High Line effect” referring to mile and a half long linear park, greenway and rail trail created on a former New York Central Railroad spur on the west side of Manhattan.

“Many other communities said, ‘We want a High Line too,'” he said. “Greenwich has its own special character. And the Post Road has its own character.”

The consultants divided the attendees into five groups and dispersed them to stations, each focusing on a different section of Putnam Ave or Greenwich Avenue. There was a map and easel set up at each station, and residents could fill out a post-it note with their “likes” or “dislikes.”

Many of the comments formed themes, as they have at past POCD input sessions: too much traffic, not enough parking, not enough green space, tree canopy endangered, overtaxed sewer system, not enough dog parks, over development along Milbank Ave, subpar GHS athletic facilities.

At one station there were several comments suggesting Havemeyer Building be better utilized and that Havemeyer field (the football field and track for the original Greenwich High School – now Town Hall) be transformed into a state-of-the-art stadium to address the lack of playing fields in Greenwich. 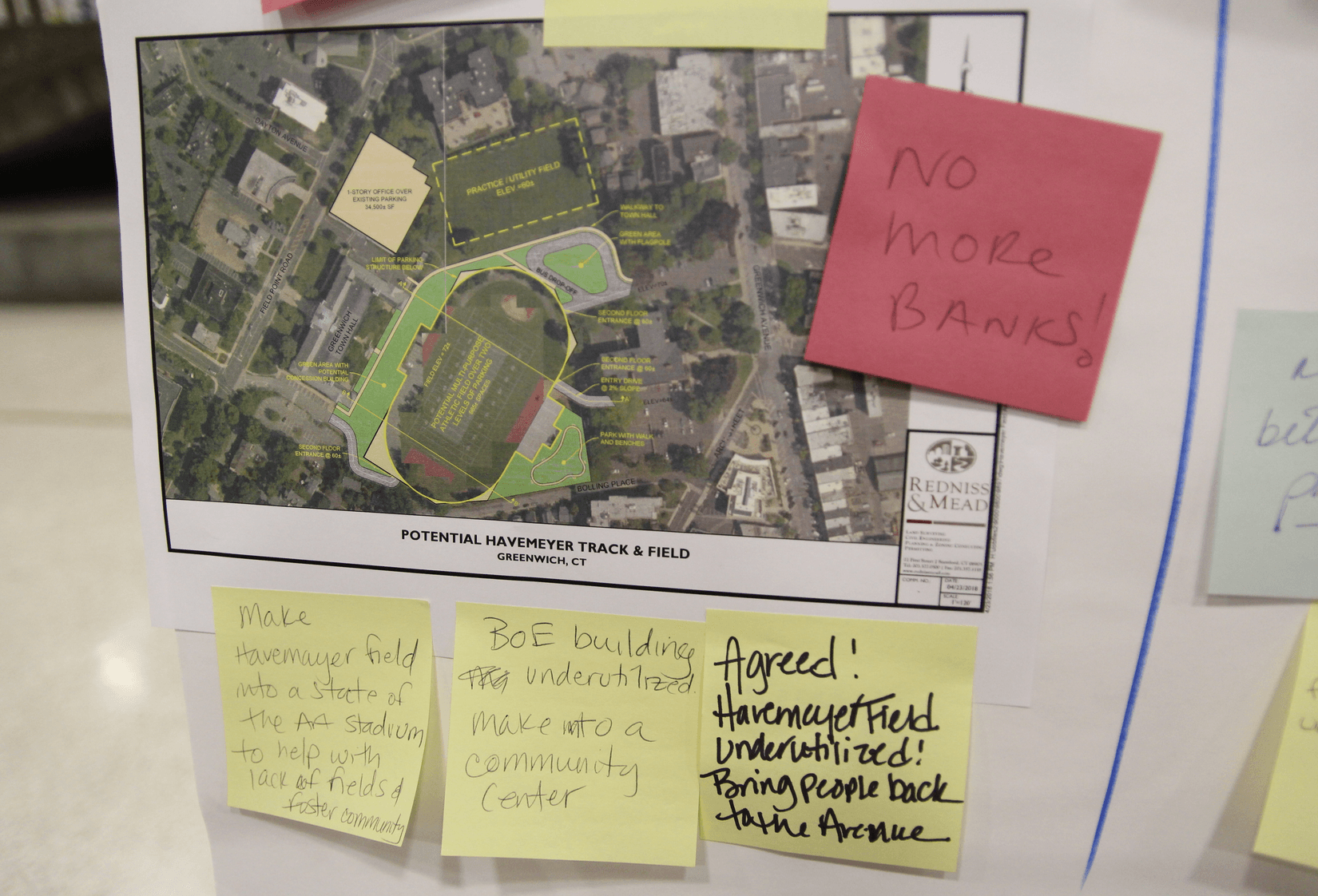 First Selectman Peter Tesei attended Thursday’s POCD workshop, and on Friday morning he talked about creating a stadium at Havemeyer field during his Ask the Selectman radio show.

“One of the things that I am working on with three other people is the fulfillment of the revitalization of Havemeyer field,” he said. The high school (current Town Hall, across from Havemeyer field) was built in 1925 and there is a beautiful field and track behind there.”

Tesei said he is working with Kathleen Stowe, Abbe Large and Rick Kral on the Havemeyer field vision.

“We can bring people downtown to a central place that can accommodate the people who want to watch sporting events, and then support the overall downtown,” he said. “We were hoping to talk about that last evening, but it wasn’t the format for it.”

Tesei said in addition to upgrading Havemeyer field, he would like to remove the DPW shed adjacent to Roger Sherman Baldwin Park and create a plaza along Greenwich Harbor.

“This ties to another area, which is Roger Sherman Baldwin Park, and making that more citizen-friendly by removing some of the Town industrial use there, with Parks and Trees, and making more of a plaza,” he said.

Last April, Tesei broached these topics at the Retired Men’s Association, saying, “The 1930s Parks Dept utility building that houses trucks, lawn mowers and weed whackers is not compatible to the waterfront.”

He said the vision for Havemeyer and the plaza on Greenwich Harbor would compliment each other. 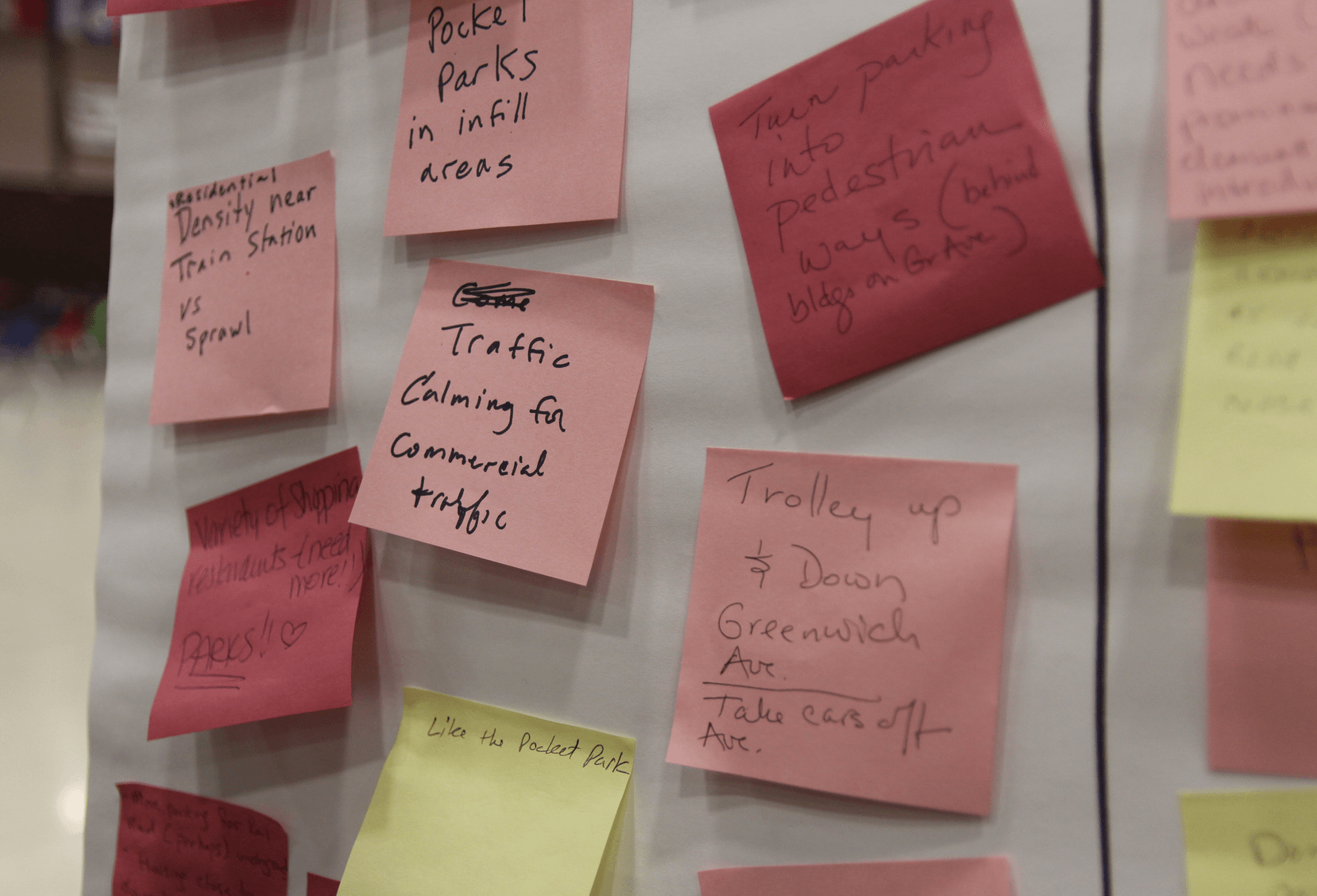 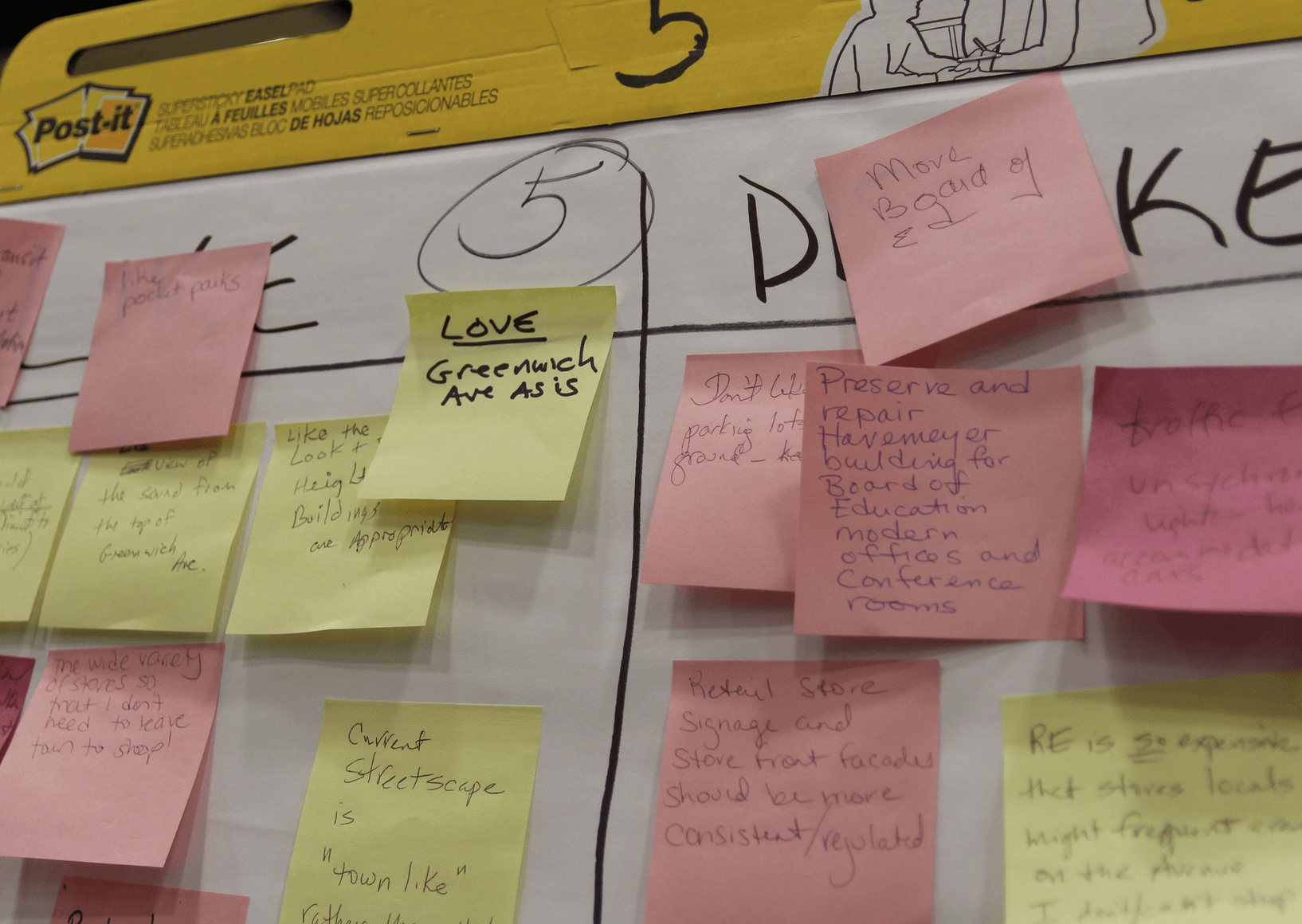 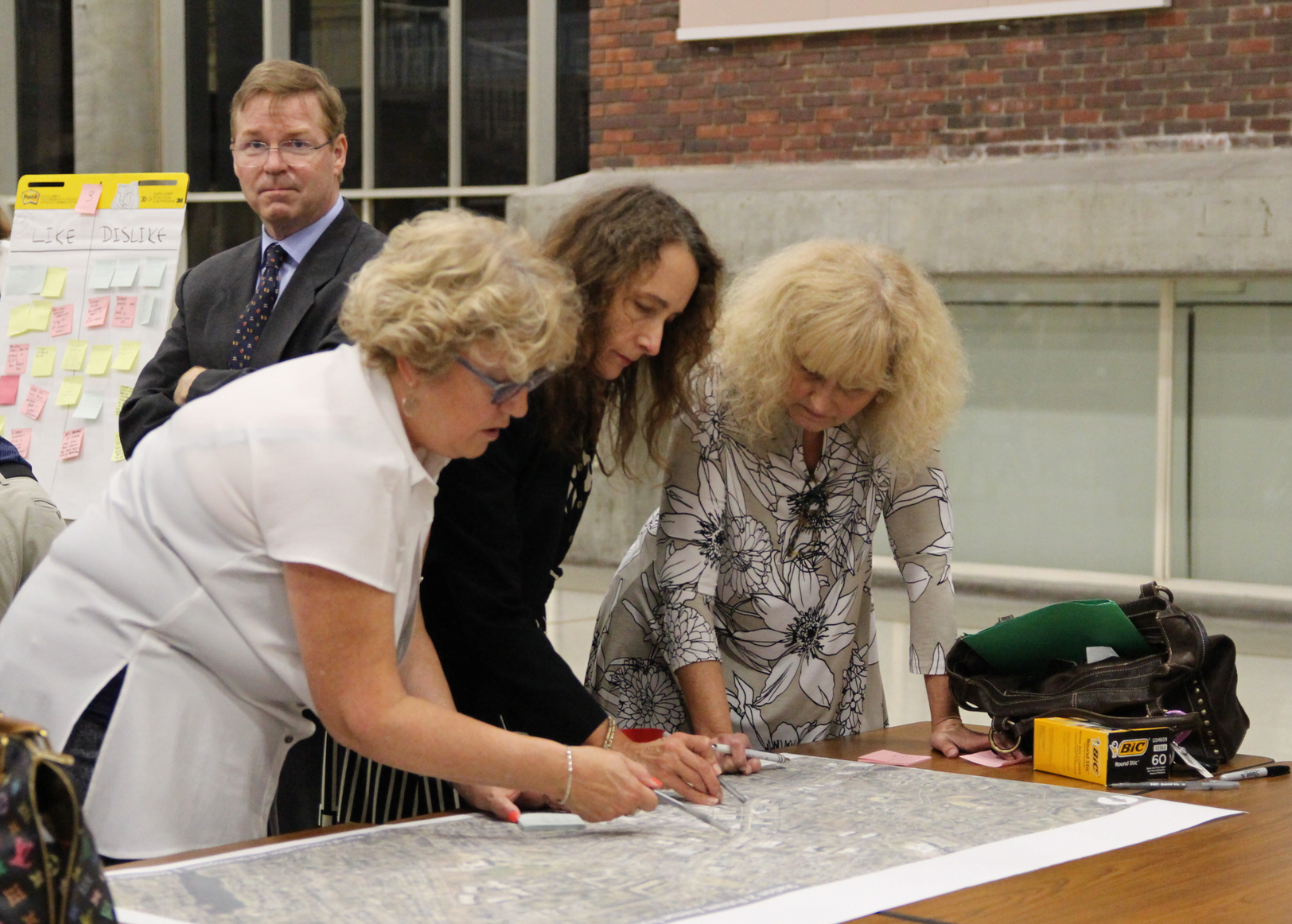 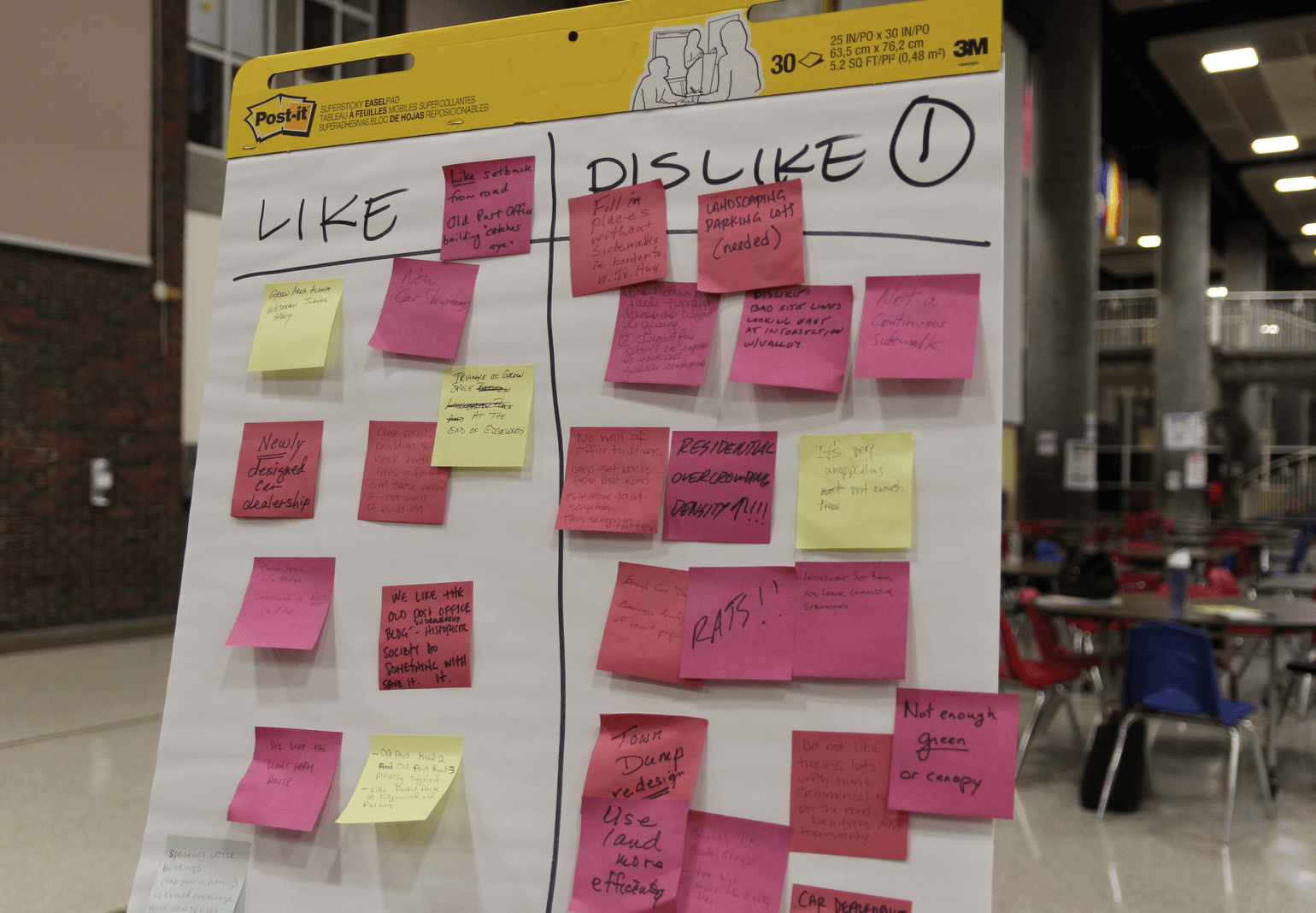 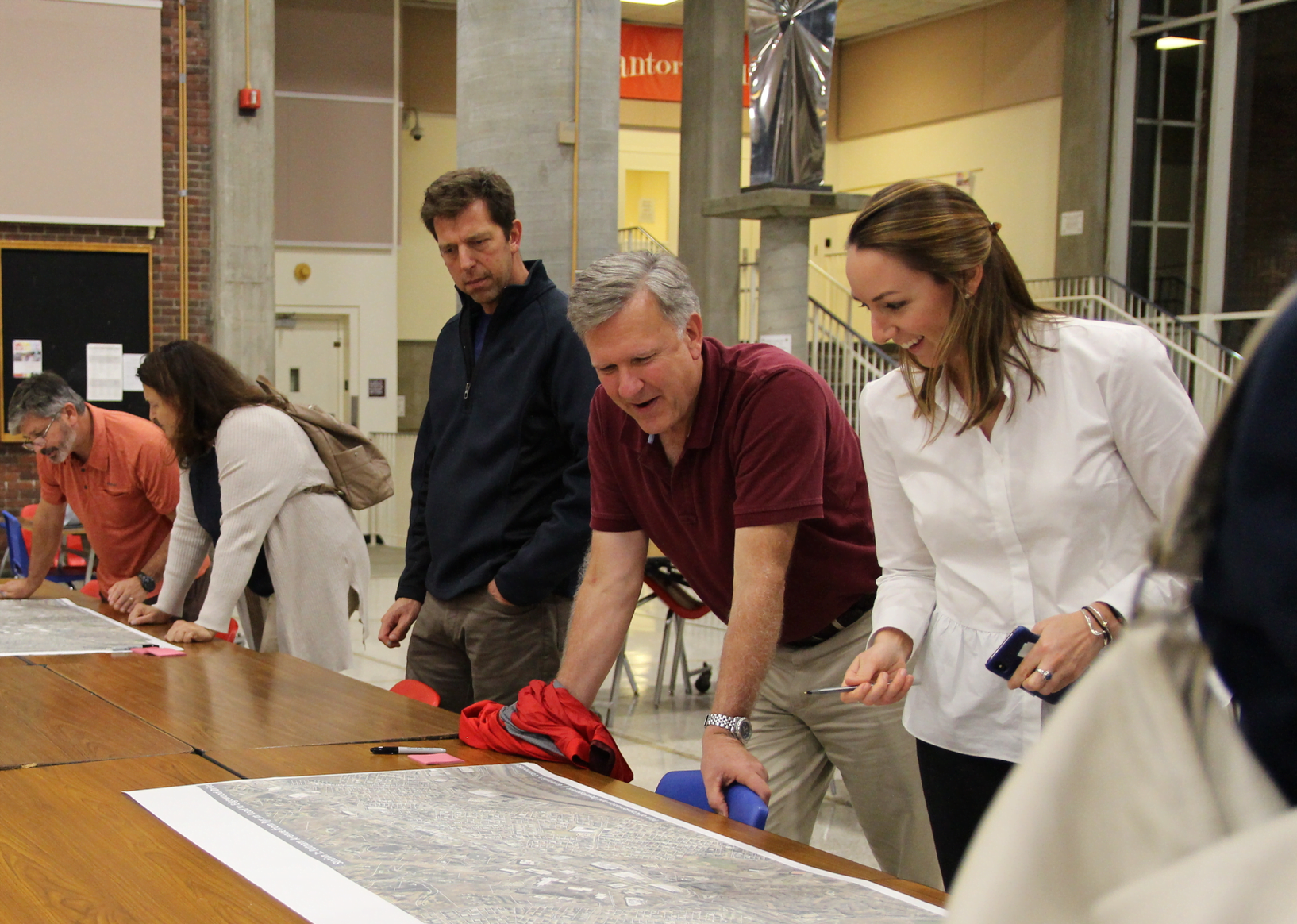 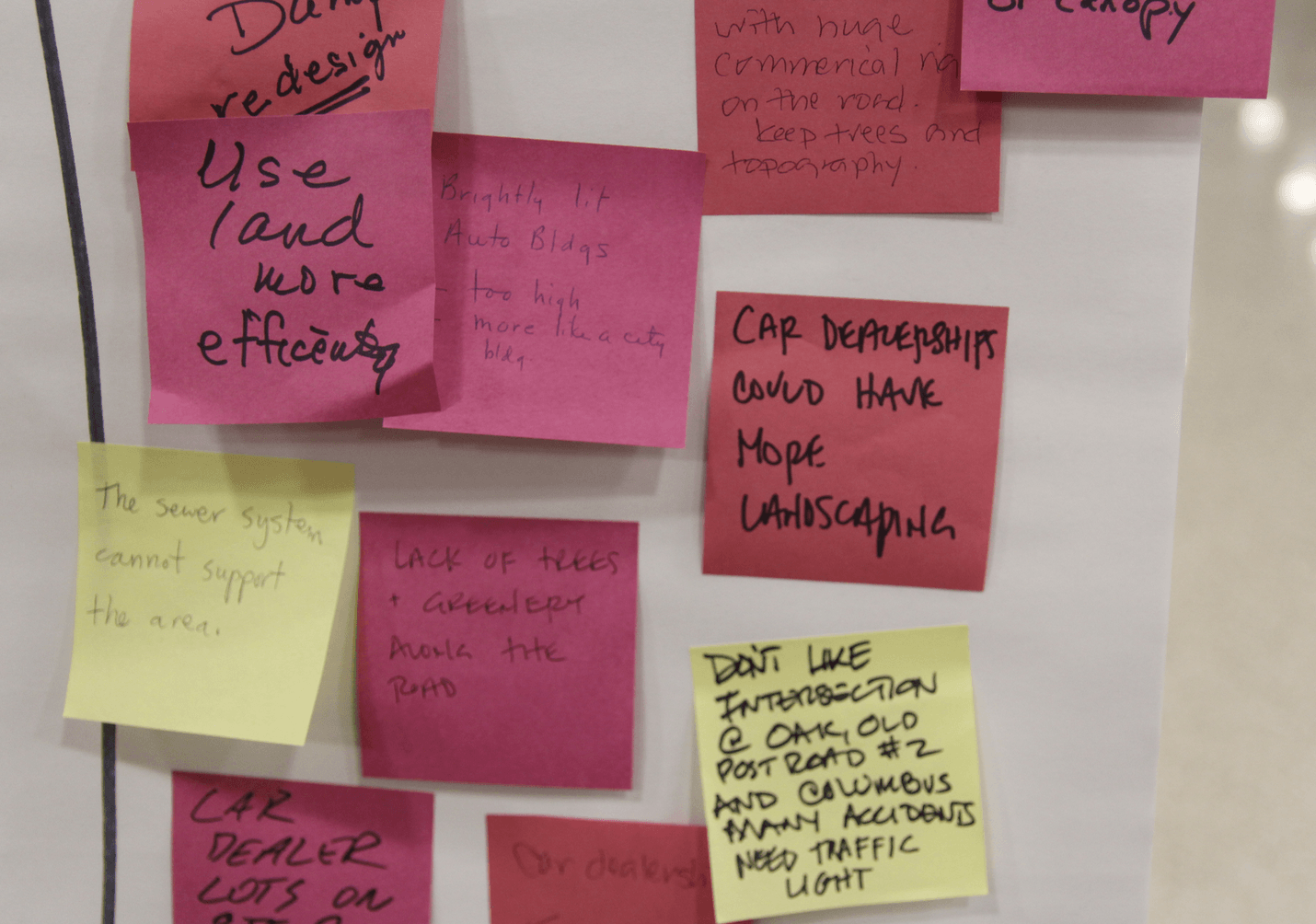 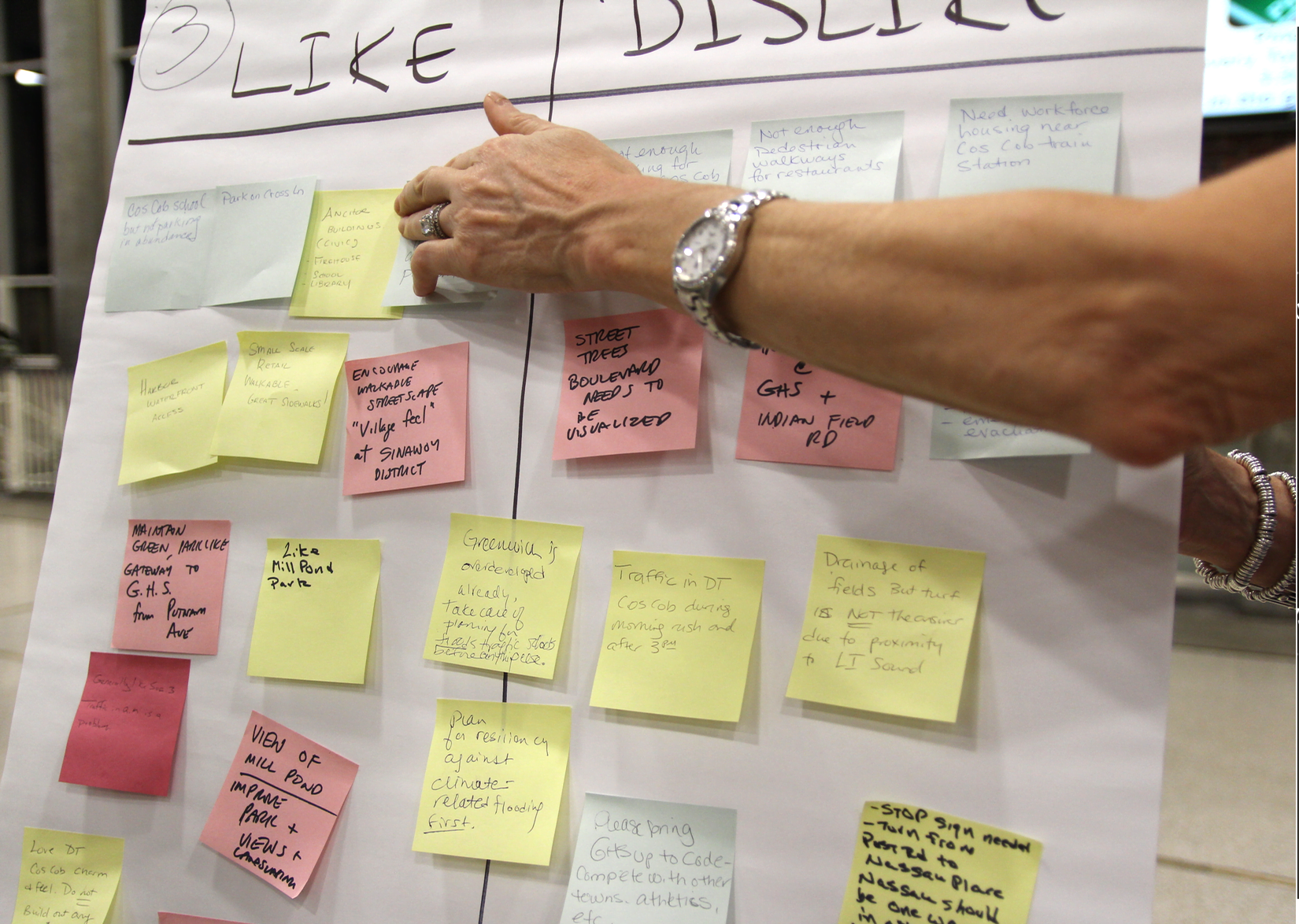 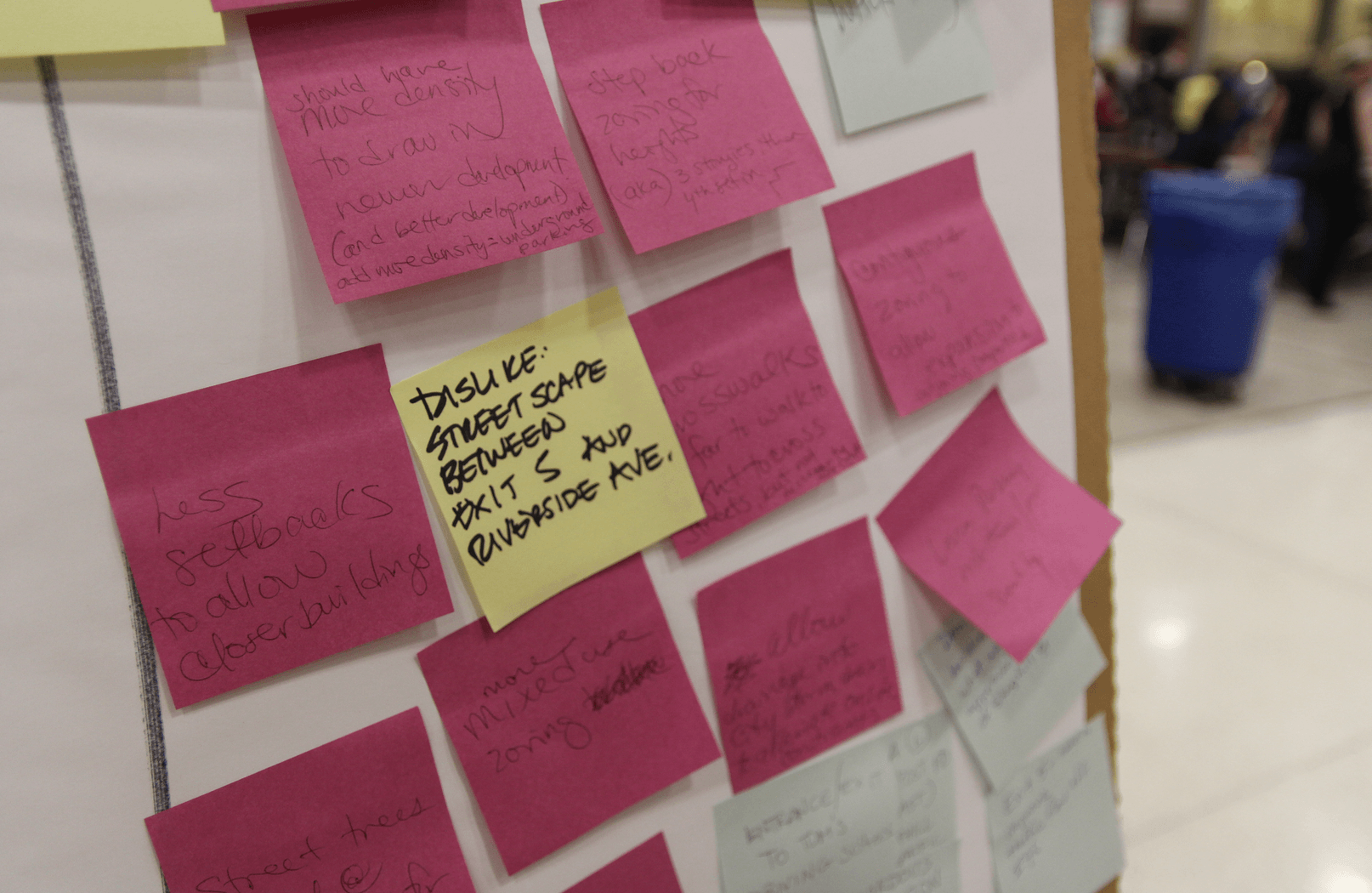 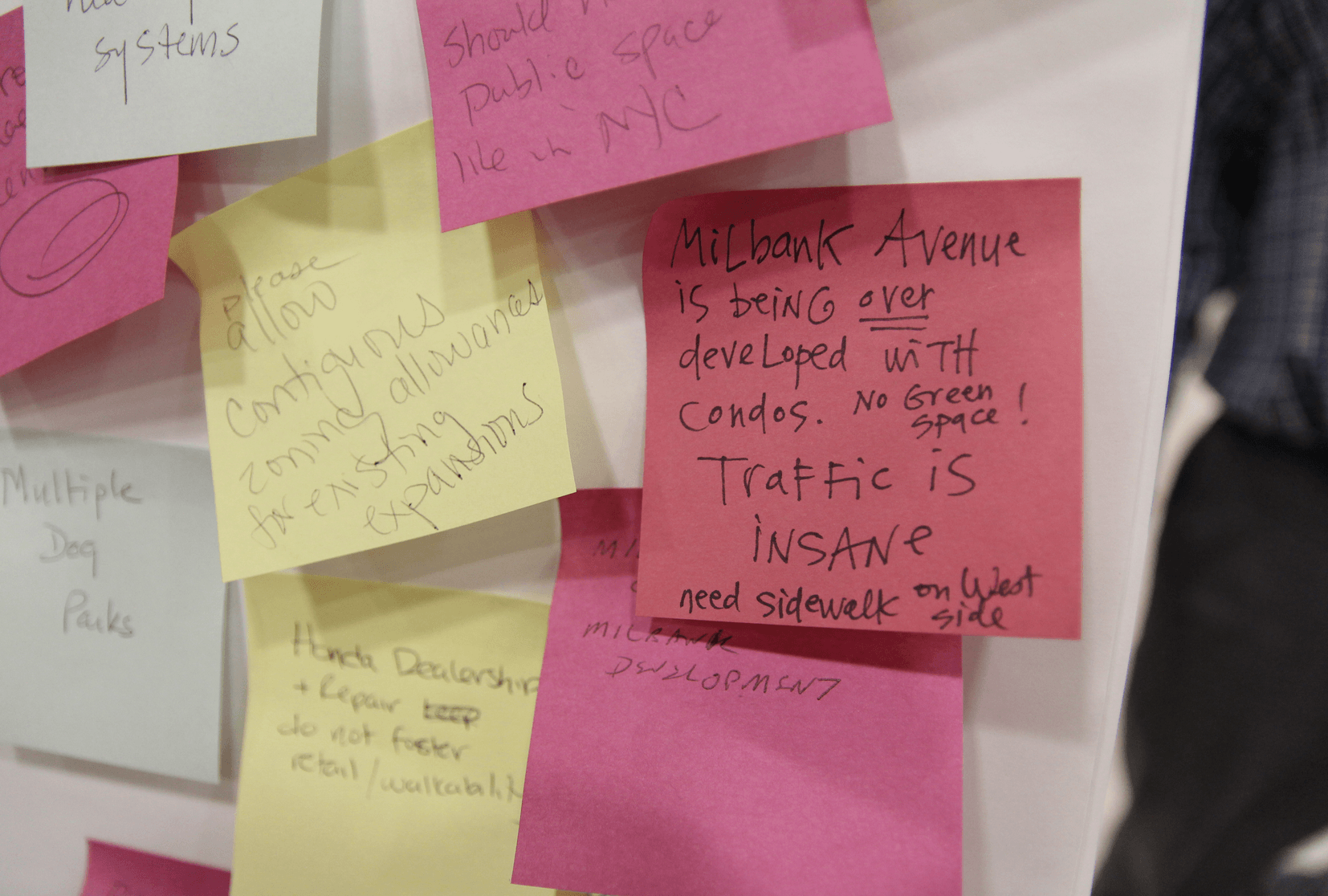