What a difference a few months make.

“The footings are in and they’re starting to put in the side walls,” said Joe Siciliano, director of Parks & Rec for Greenwich at the January Parks & Rec board meeting.

The official groundbreaking ceremony for the Greenwich Pool in Byram Park was held last August.

The pool complex is scheduled to open in the summer of 2018.

“It is an active construction site and the weather this winter so far has not kept workmen away,” Siciliano said. “As long as we don’t have prolonged cold and snow they can keep working.”

Budgetwise, Siciliano said that the first month and a half of operations of the pool in 2018 – the last week of may and four or five weeks of June – are incorporated into the Parks & Rec proposed 2018 budget.

“We want to look at it as an opportunity for the department,” Siciliano said. “We’ll work collaboratively with the Recreation Division and the Marine Division – picking both of their brains and skills and hopefully have a group of people who will do programming and also the maintenance and the operations side.”

In terms of programming, he said Parks & Rec is looking to provide diverse programs that will interest the public. “We’ll hopefully come up with programming interesting to the public that will include swim lessons and aerobics,” he said.

The Junior League, which has been committed to the pool project for many years, has been working closely with the town’s Dept of Public Works and Parks & Rec Dept for what First Selectman Peter Tesei calls a flagship public-private partnership.

The pool will be ADA compliant, which contributes to its vast size. As a “zero entry” pool, it will be possible to walk from the pool deck to the pool’s full depth of 5.5 ft without steps or a ladder. The bigger the pool, the more the lifeguards. Al Monelli, the head of Building Construction & Maintenance for Greenwich, estimated that the new pool would require five lifeguards on the deck instead of the two required by the former pool.

The pool complex will include a kiddie pool, splash pad and pool pavilion that will house restrooms, changing rooms, lifeguard station and a concession stand. The existing concession stand, bathrooms and showers will be demolished, which will afford some additional parking.

The former Byram pool dated back to 1925. It was part of the Rosenwald property the Town purchased. Summer 2011. Credit: Leslie Yager

History of Byram Park
Ten of the 30 acres of Byram Park are comprised of land owned by the Rosenwald family and once held a large, private seaside residence, known as “The Anchorage.” When the town purchased the Rosenwald estate, it included a concrete salt-water swimming pool that dated back to 1925. The town operated that small pool until a couple years ago.

The site is also the location of the former Ritch family quarry. During the 1840s the quarry yielded a type of granite referred to as Byram Blue Point. Legend holds that the stone was used in the construction of the Brooklyn Bridge, the Statue of Liberty, as well as many other buildings and structures in New York. The quarry attracted stone workers from Italy, many of whom settled in Chickahominy.

The Town’s media library contains a history of Byram Park, including its gradual transformation from a private seaside estate into a public park.

Take a Stroll Through Byram Park 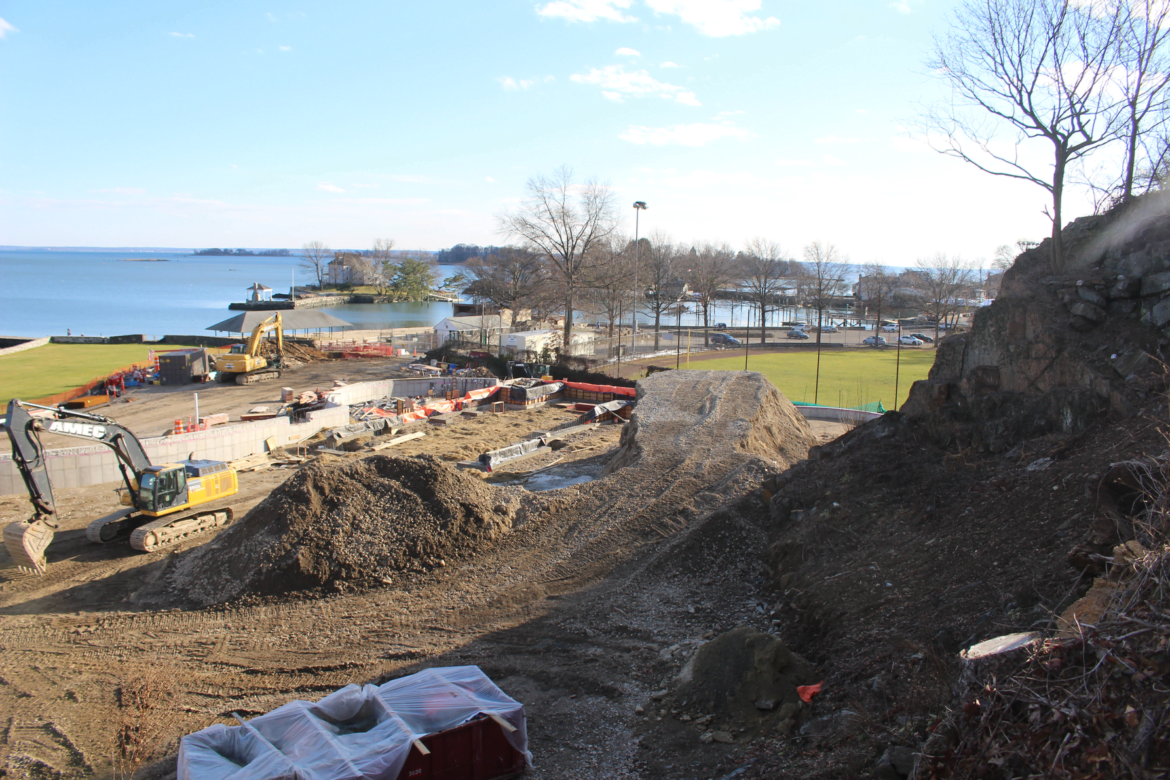 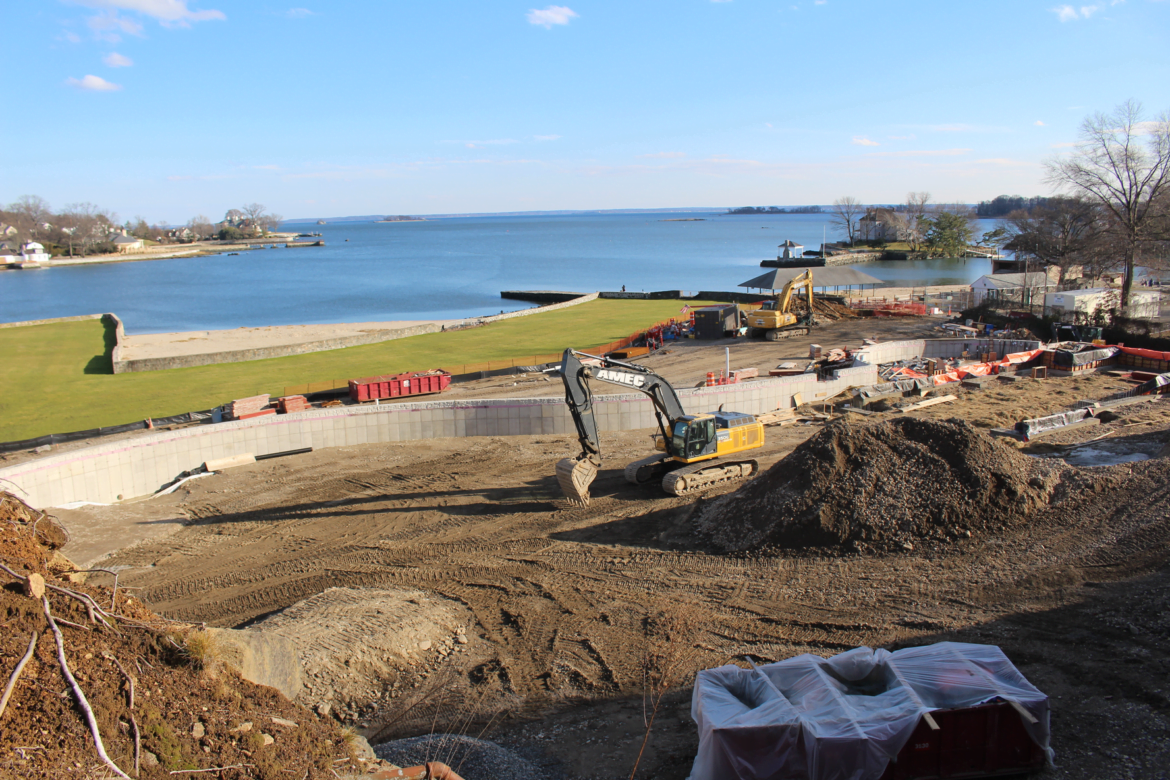 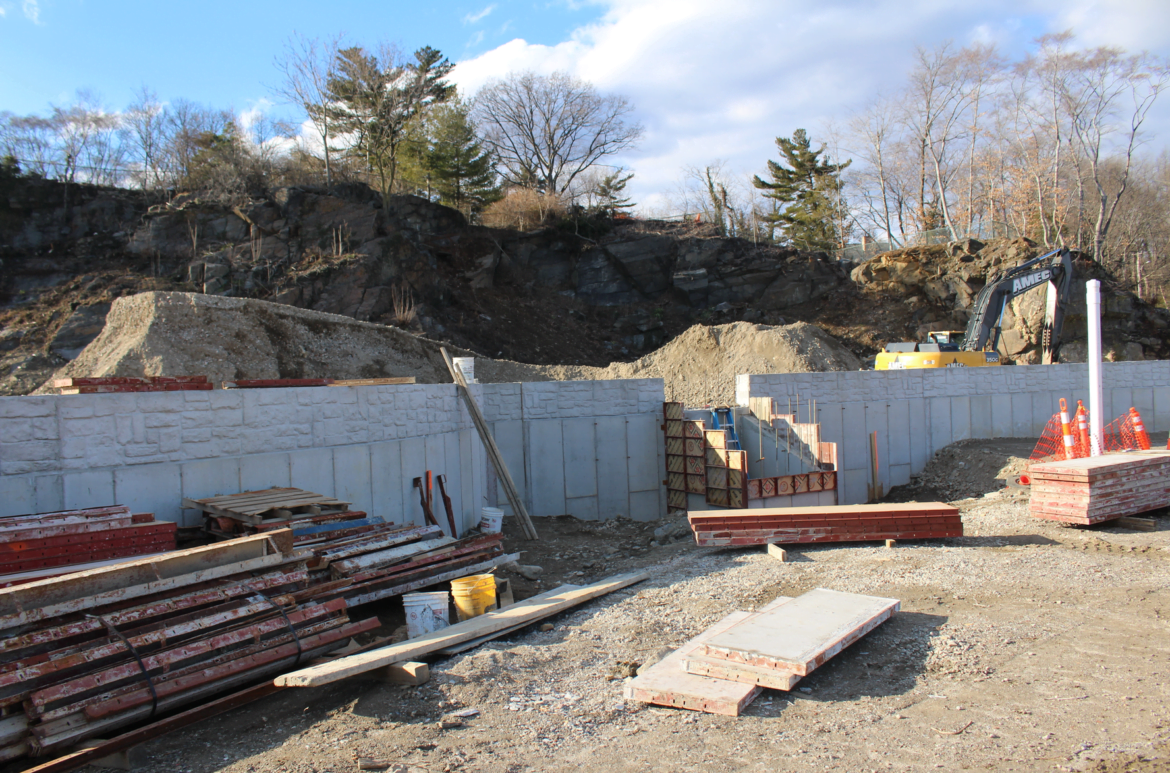 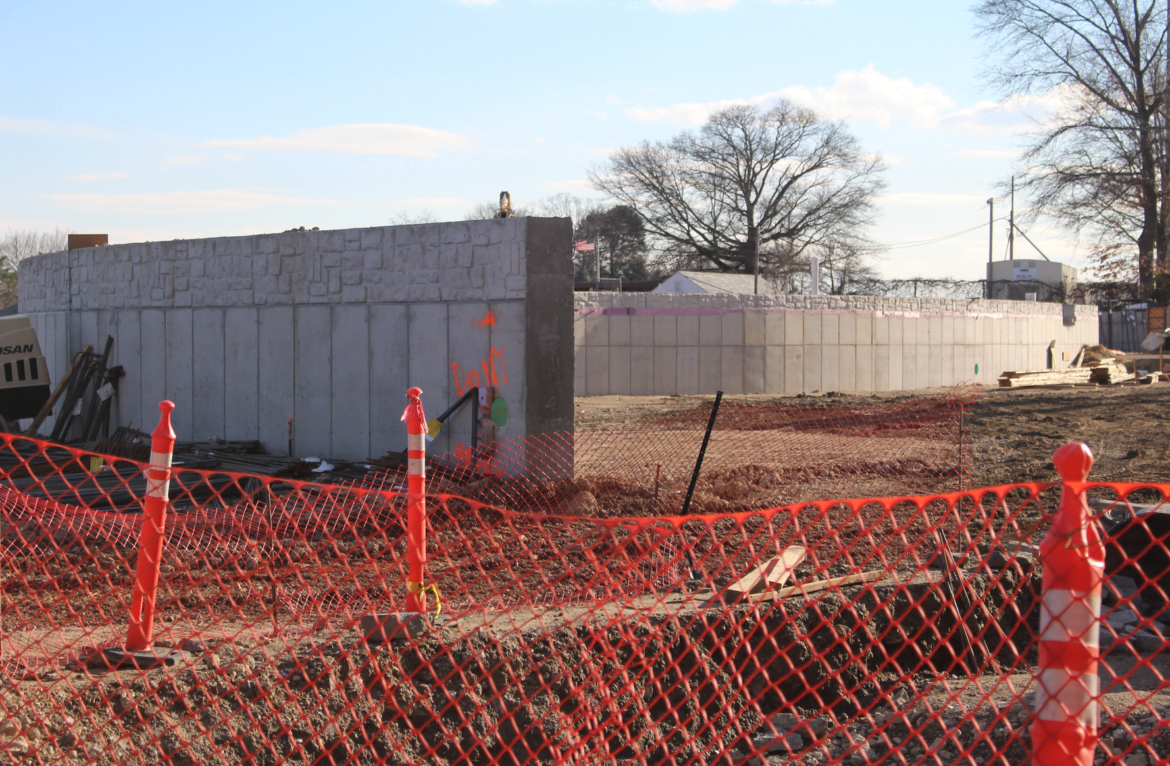 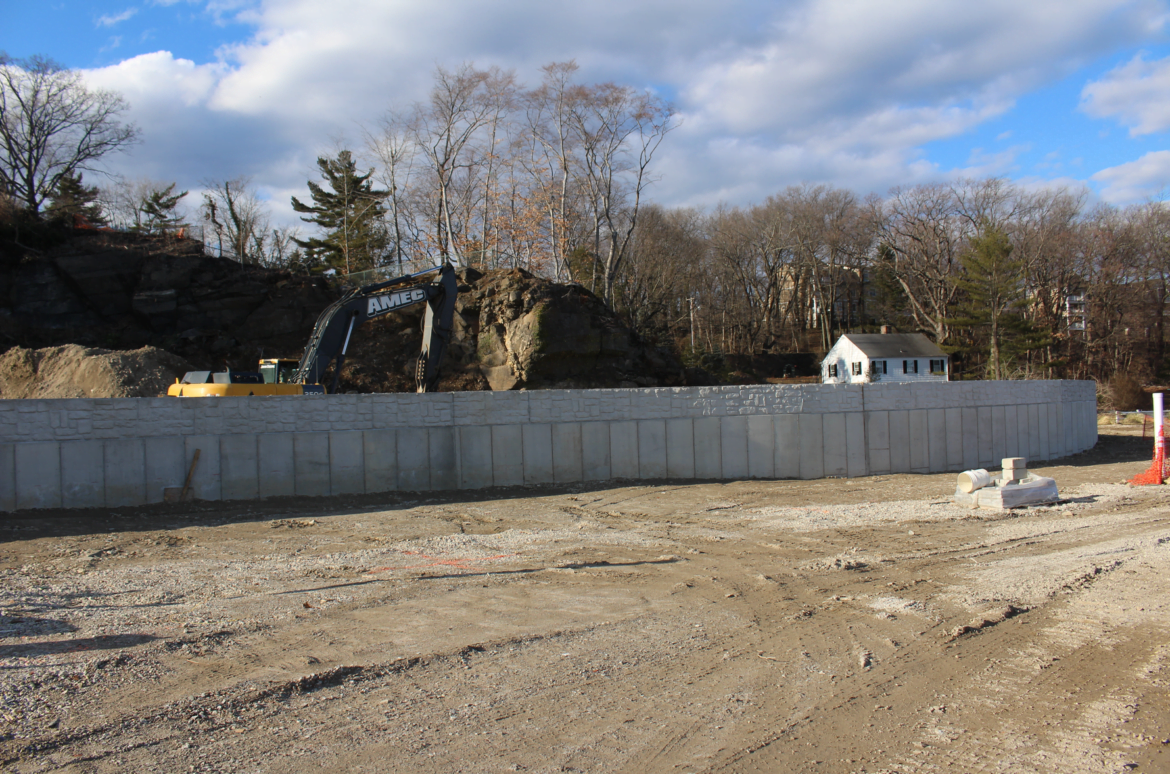 View of the walls of the the Greenwich Pool in Byram Park from the beach. Jan 29, 2017