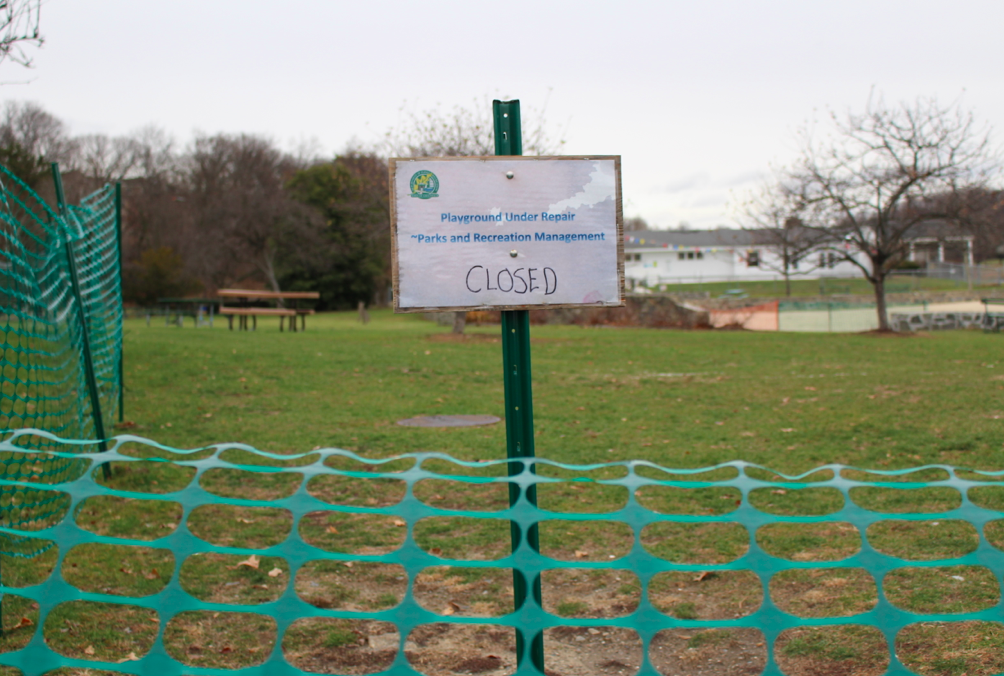 The commission ultimately voted unanimously in favor, but not without conditions.

Specifically the conditions related first to remediation of soil found to be contaminated by arsenic and, second, revisiting the maximum capacity of the park.

The capacity of the beach is tied not only to available parking spots, but to toilet facilities.

At one point in the discussion, Commissioner Margarita Alban asked whether the four-to-one ratio ratio of people to cars is valid for parking. “Are our standards good?” she asked.

“That’s a bad location to carve out your standards,” Mr. Monelli replied.

By way of explanation, Mr. Siciliano said that parking at Byram Park is carefully guarded by his department, and that activities are scheduled with an emphasis on “juggling.” He said, for example, that no ballgames are scheduled at Teufel Field during summer daytime so as not to compete for parking with beach and pool goers.

Siciliano also explained that he anticipates the new pool will initially be a popular novelty, but he expects residents on the east side of town to eventually stick to Greenwich Point, which is closer to home. That said, he anticipates that on “high use days” on perfect, warm sunny summer Saturdays or Sundays, capacity for the combined beach and pool areas might be increased by adding “checkers” at the pool.

Commissioner Nancy Ramer asked  for clarification about “gatehouses” and capacity, and it was pointed out that there is both a main gatehouse at Byram Park, through which beach and pool guests, along with picnickers, tennis players and boaters pass through, and a secondary gate guests of pool and beach must pass through.

“If it’s a bright sunny day and we’re working on a hot weekend, we’ll staff up to accommodate 500,” Siciliano said.

There was question about how staff would handle a scenario in which part of a family arrived before the pool met capacity, and the remaining family members arrived after capacity was met. Mr. Siciliano said in that event an exception would be made, and that there would be adequate wiggle room.

After the discussion of parking and capacity the talk returned to remediation. “I’m sure you’ve all seen on channel 79 the presentation from last Thursday,” Monelli said referring to his presentation on the history of Byram Park and the soil tests that detected high levels of arsenic near the surface of the playground and adjacent grassy area. 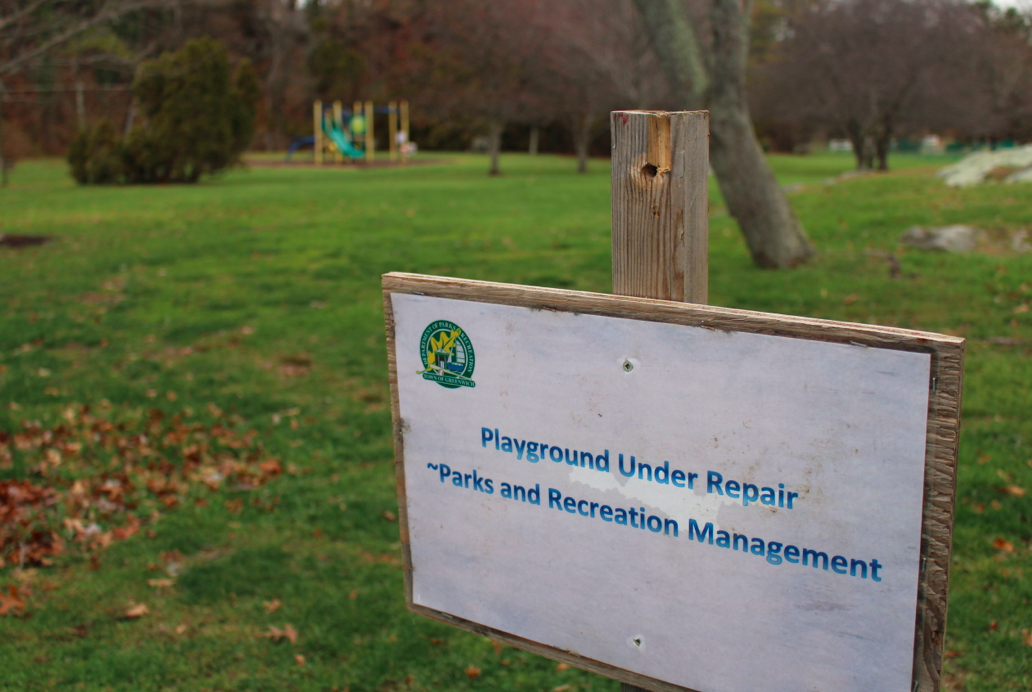 “Either way, we can’t reopen the park until the soil is removed. It’s going to be a job finding clean topsoil now,” he added, estimating a three month job if the funding comes through.” – Al Monelli

During the public comment period, Peter Quigley voiced concerns. “You’ve heard me for three years on soil and drainage issues and I’m tired of this…but you’re giving me a pulpit. The question is not on the merit of the pool. It’s the location of where this pool is being placed,” he said.

“This site down by Byram Beach…people challenge me of the pollution at that beach. And it’s in the history books. They may have cleaned it up, but it’s below Holly Hill,” Quigley said, referring to the resource recovery facility that was formerly the town dump.

Quigley: Inadequate Storm Drains
“And the storm drain systems in the area, coming out of Tom’s Brook are poor. I have experts that are telling me this.”

As for testing, Quigley said, “They should go deeper because it’s for the public’s health, but just as much for the tax payer. When these projects are approved — MISA project — and suddenly after the fact…now suddenly the tax payer is going to be paying $20 million there and who knows what’s here,” he said bringing up the sore subject of the MISA project at Greenwich High School, which hit snags when soil was found to contain PCBs.

“I would strongly suggest Phase I II and III testing, so there’s not a $20 million remediation.” Quigley suggested the town create a Municipal Improvement project for improvements to storm drains.

Mr. Monelli explained that Phase I testing is required by law, but the Town goes further.

“We do a Phase I… We don’t stop there. We start testing the soil and if we find something we go to phase II,” he added. “Phase III is the actual recreation.” – Al Monelli

Mr. Heller made a motion to approve the final coastal site plan for the Byram Beach Pool project, with the understanding that the limitation of the capacity of the beach pool would be 500, rather than 310, and on the condition the soil be cleaned up.

“One hell of a job. Congratulations,” Mr. Heller said to Mr. Monelli and Mr. Siciliano after the vote resulted in unanimous approval of the final coastal site plan.