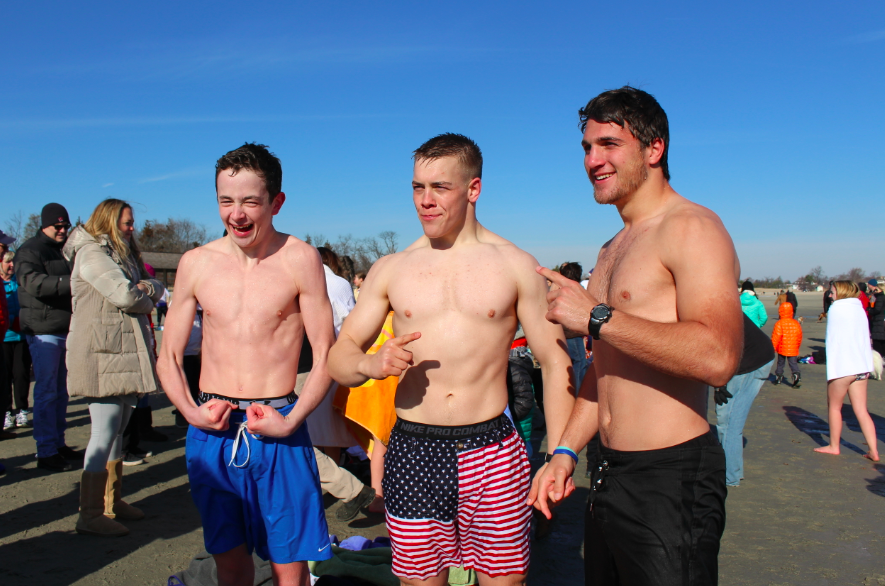 Noon on New Year’s Day marked the moment, as hundreds turned out for an icy dip in Long Island Sound. Though this year’s Plunge for Kids was unofficial, news of the event spread successfully through word of mouth.

Cars streamed into the parking lot at Greenwich Point around 11:30am, and the “plungers” and spectators, including dozens of dogs, drew into a tighter crowd at the water’s edge. Under clear blue sky, with the air hovering around 30°F, the final minutes were spent on some brisk jumping jacks. 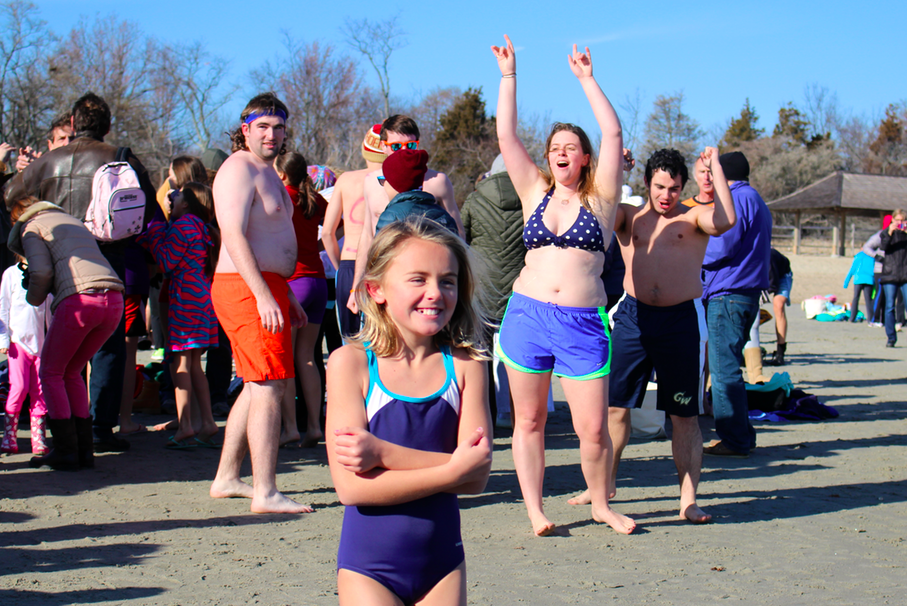 The countdown was led by a hardy bunch of Greenwich Academy and Brunswick alumni, and, precisely at noon, the fearless crowd, some wearing hats and sunglasses with their bathing suits, dashed over the sand and charged into the icy waters. 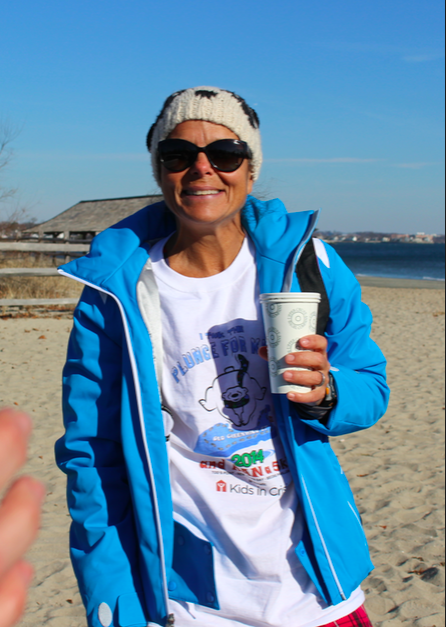 As volunteers met the demand for 2015 Plunge for Kids long-sleeve t-shirts, groups of friends from various schools encouraged each other to make their way to the water.

As Renie Blair prepared to take the plunge for her 6th year, marking the occasion with her own special sweatshirt, a group of Eastern Middle School 7th graders huddled under the flagpole.

After the plunge, swimmers described a range of sensations, from “numb” to “agony,” but there were mostly smiles.

“This is why I love Greenwich,” Swift said after the plunge. “It’s community. It’s family. It’s awesome!”

Swift said she hopes that next year the event will be officially sanctioned by the Town, and there will be a collaboration with Greenwich Town Party. Certainly the crowd will swell even larger in 2016. See you next year!

Kids in Crisis is located at 1 Salem St in Cos Cob. 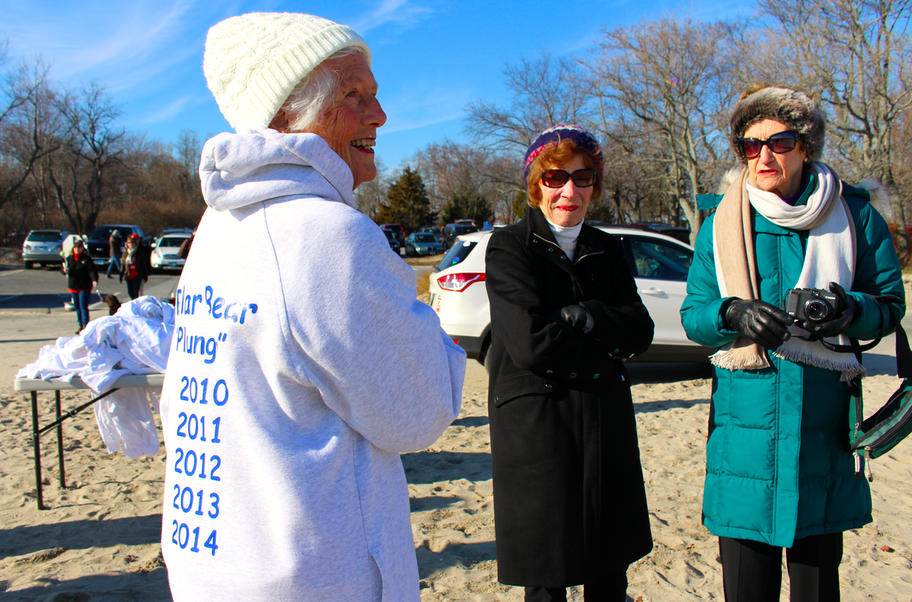 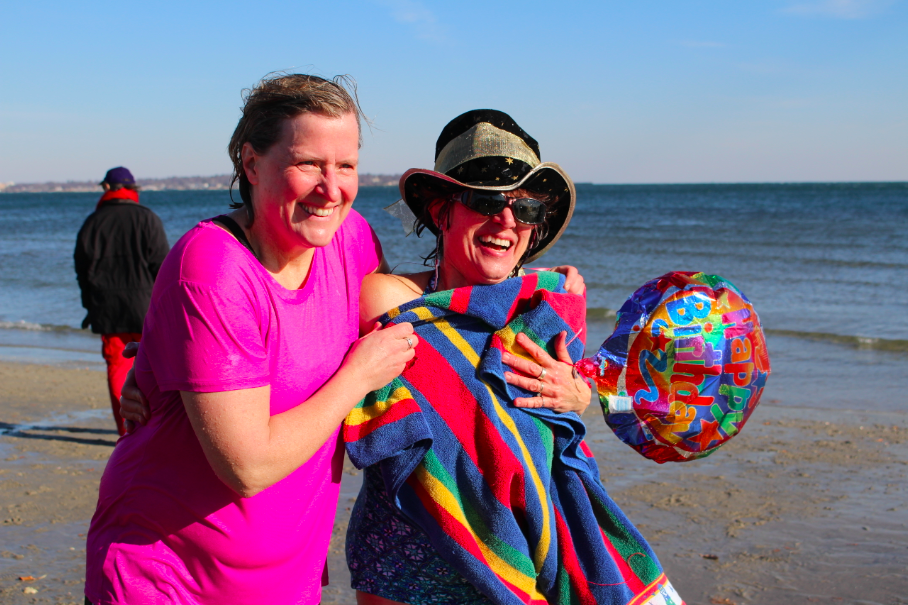 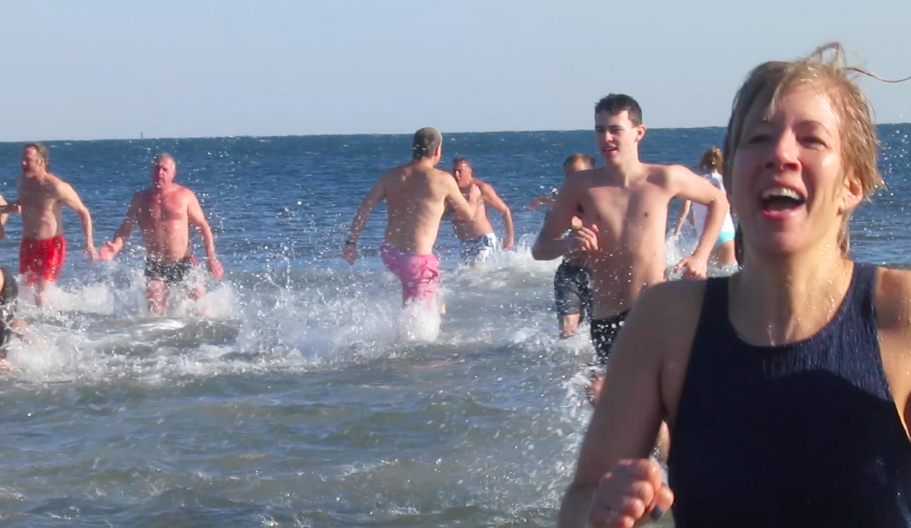 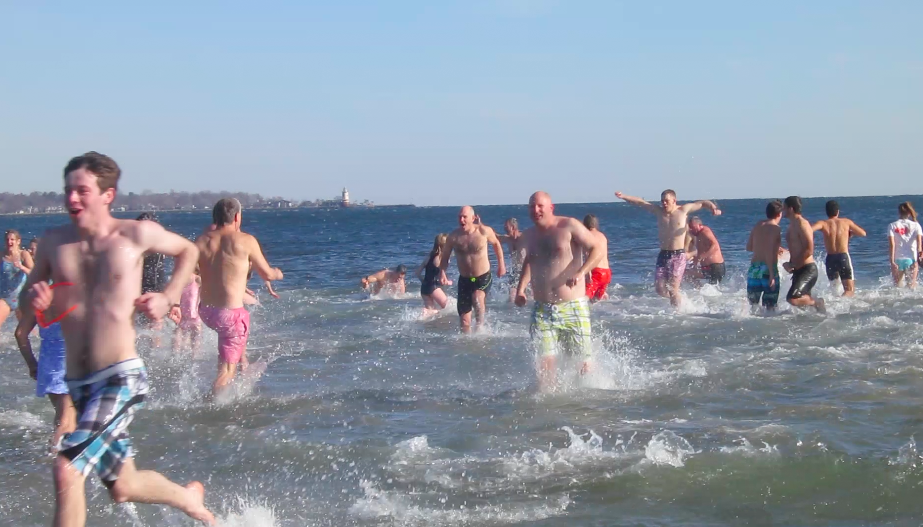 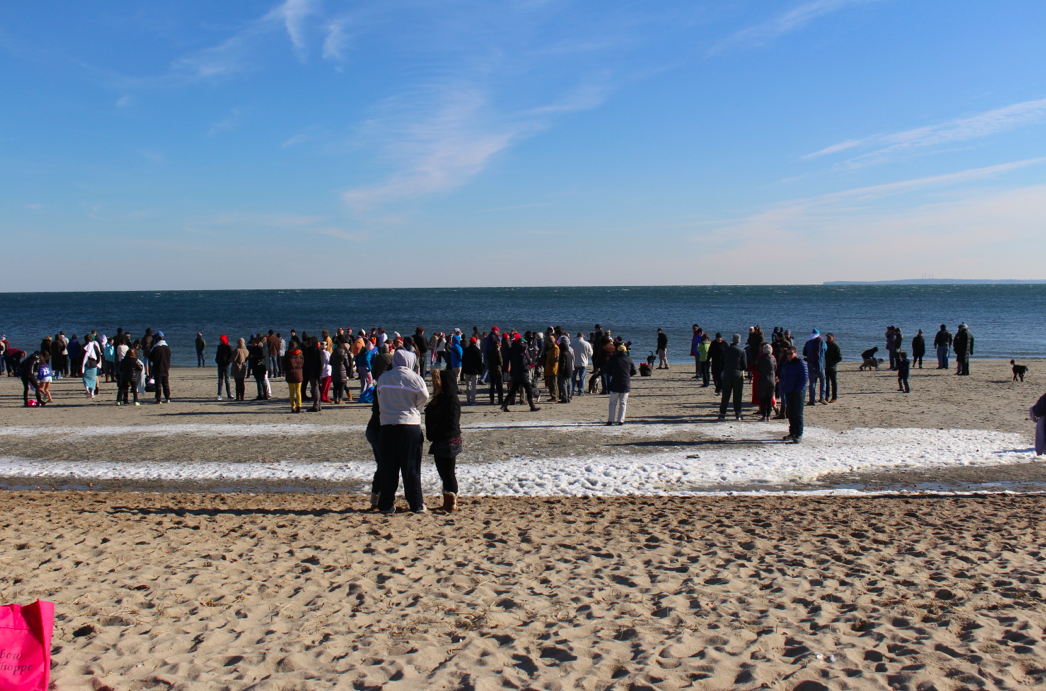 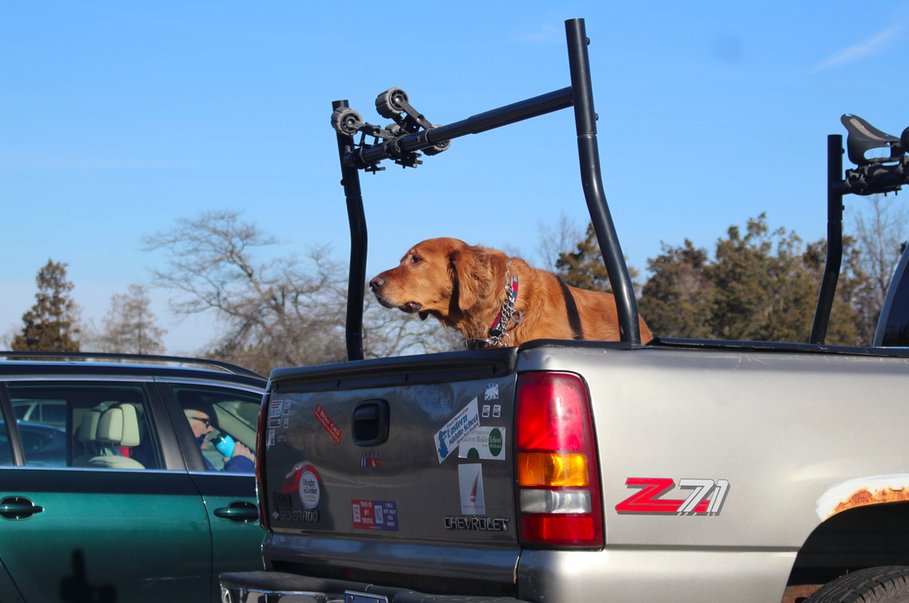 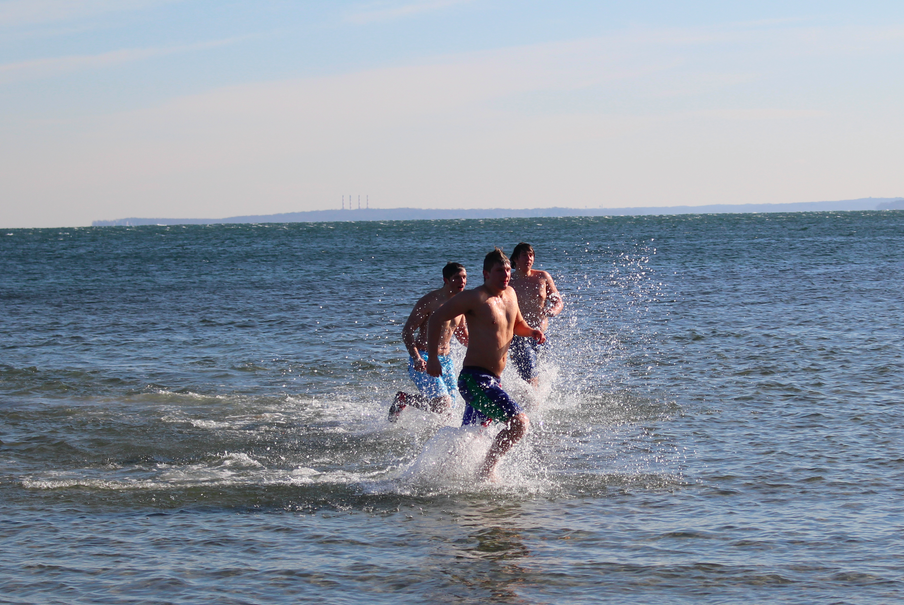 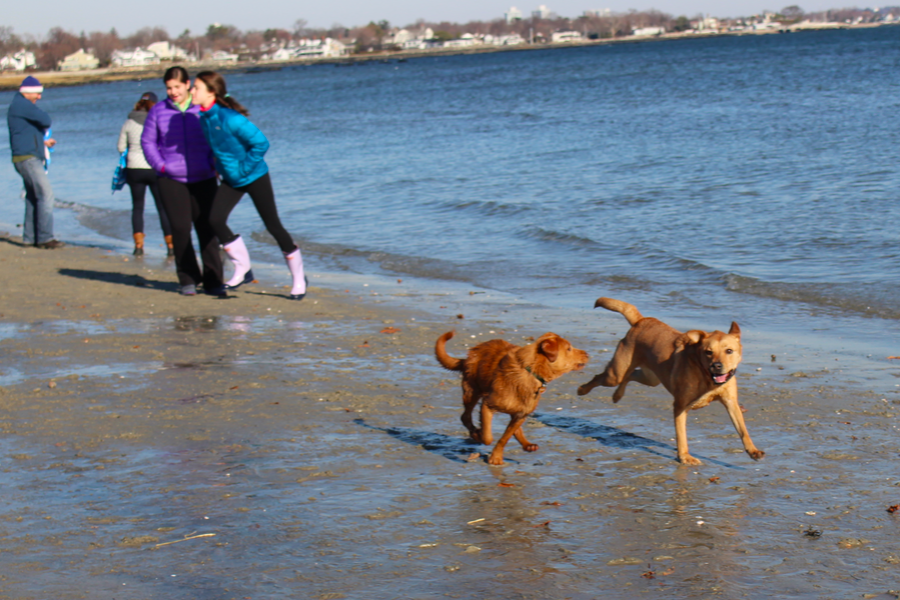 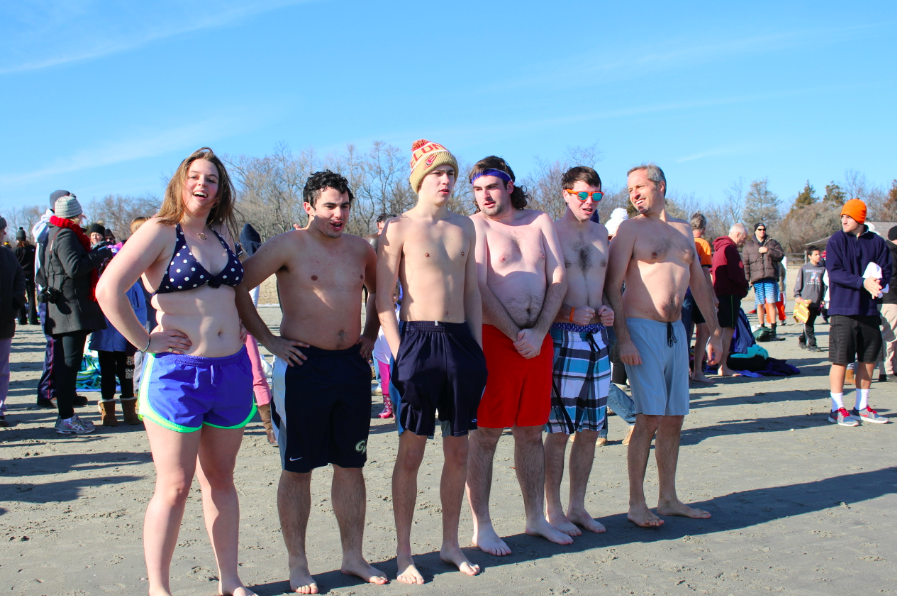 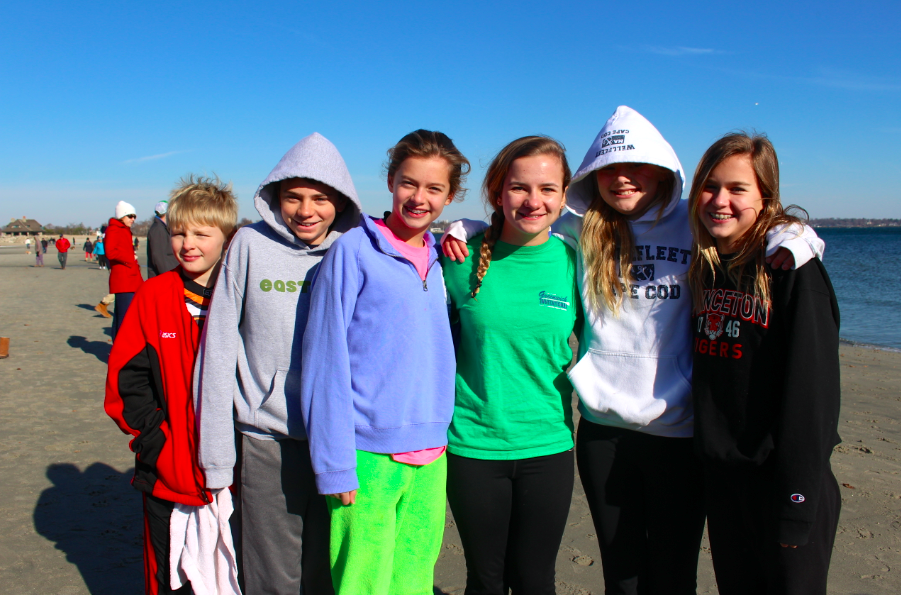 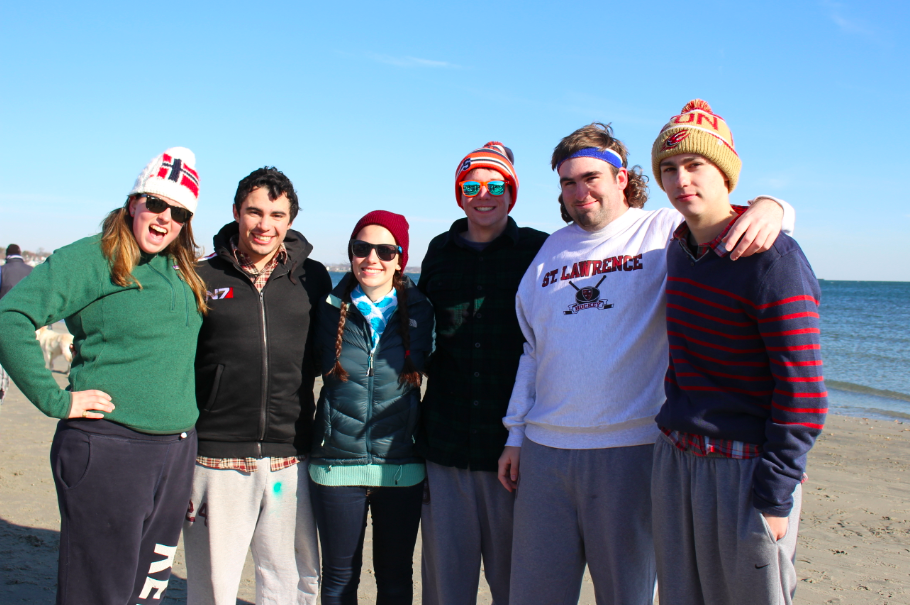 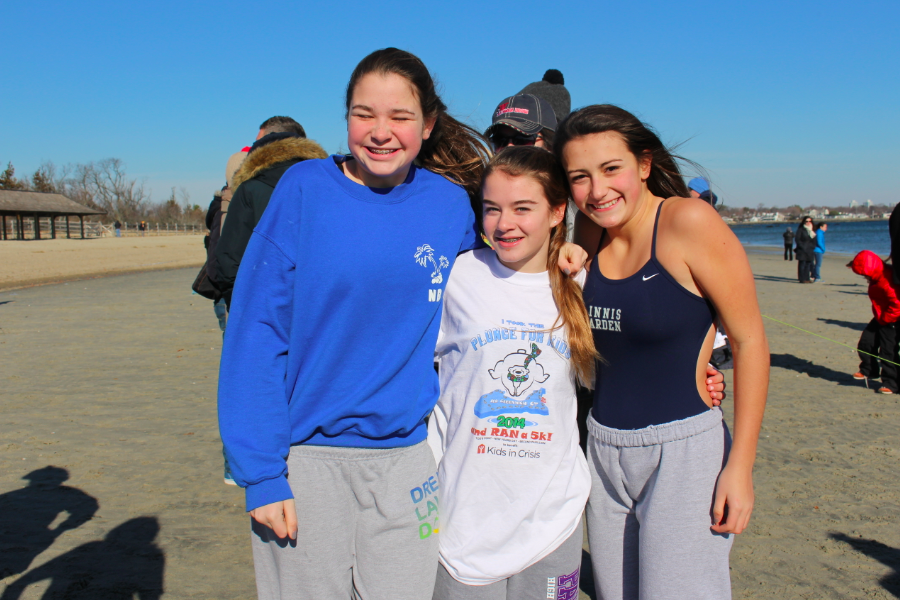 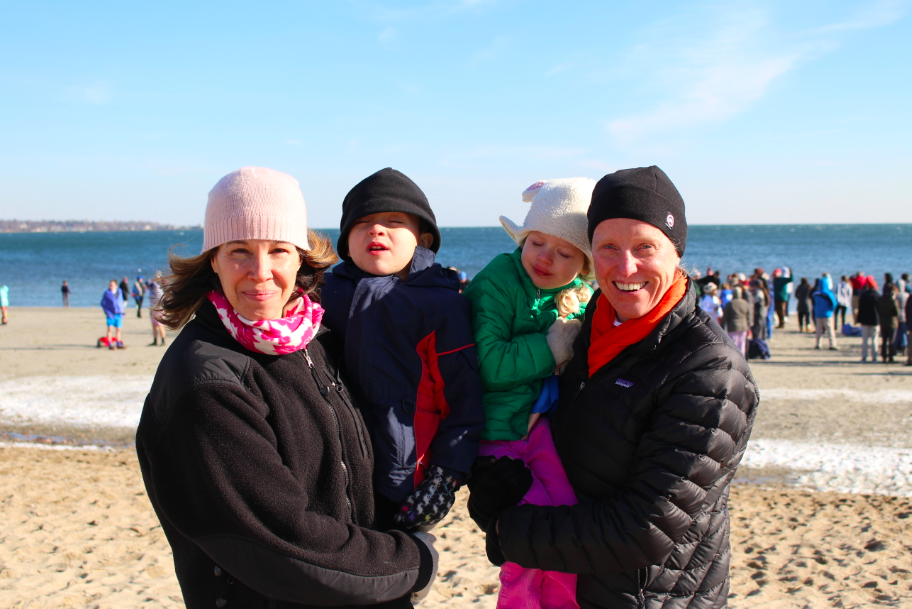 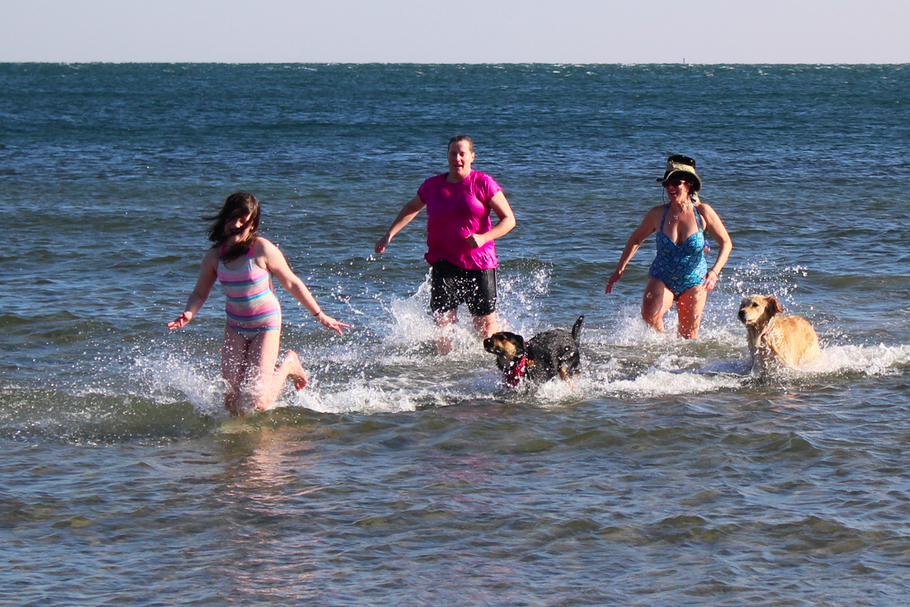 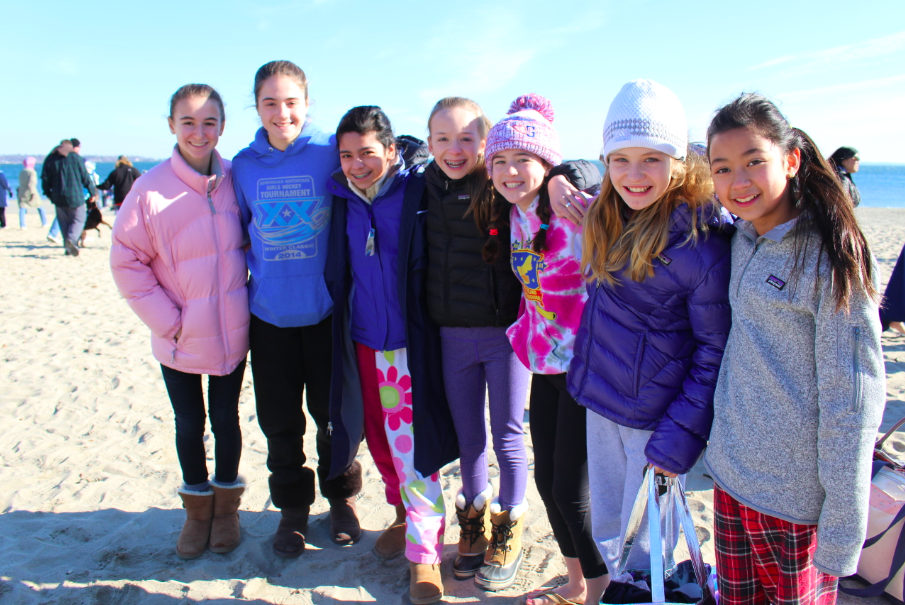 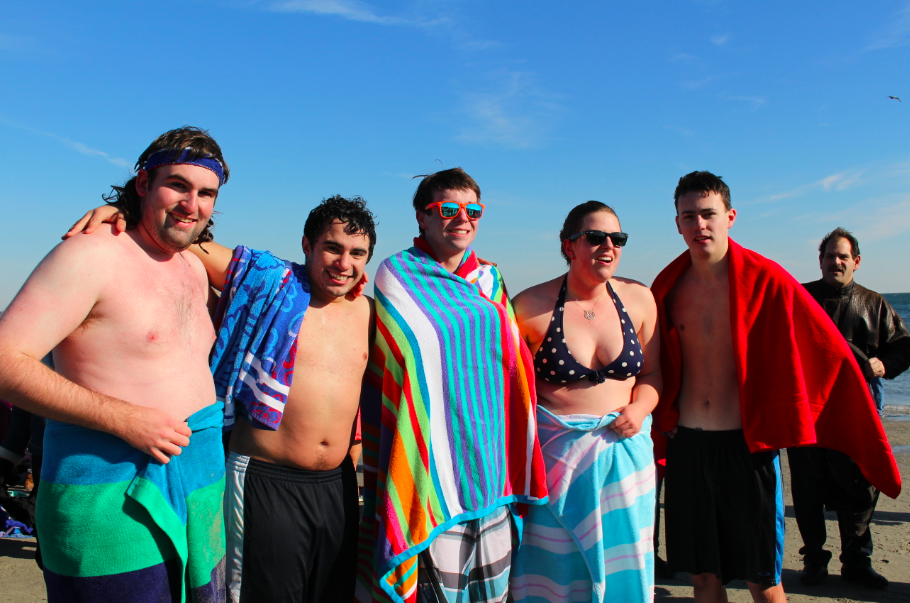 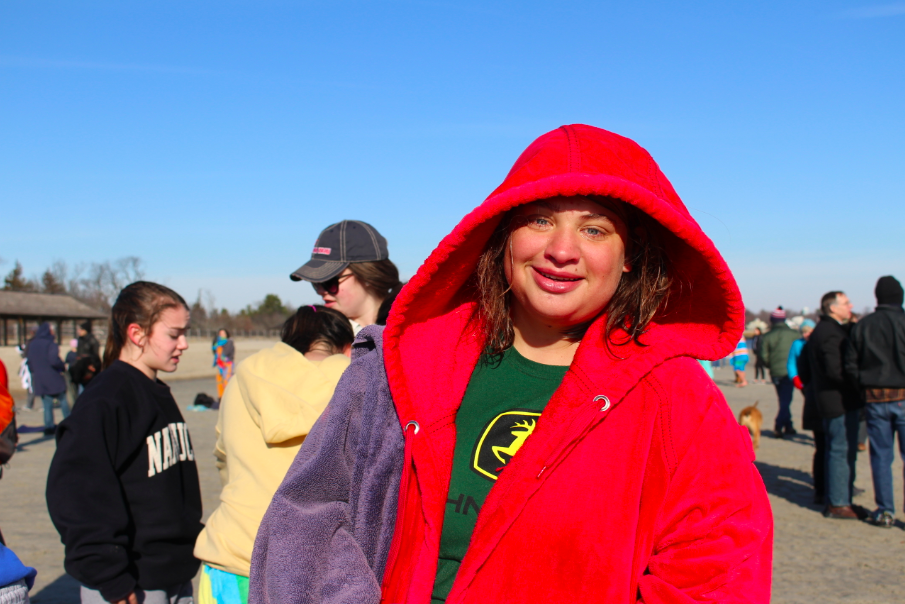 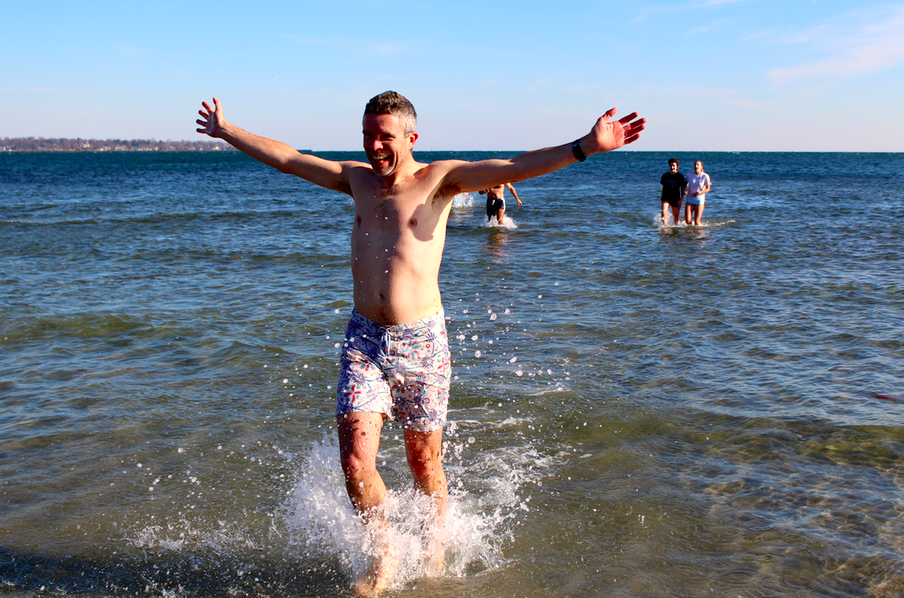 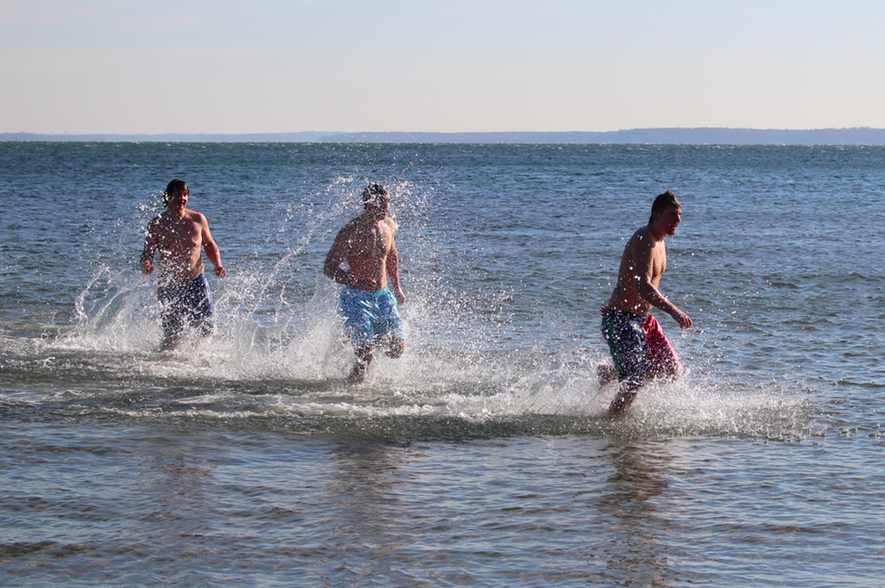 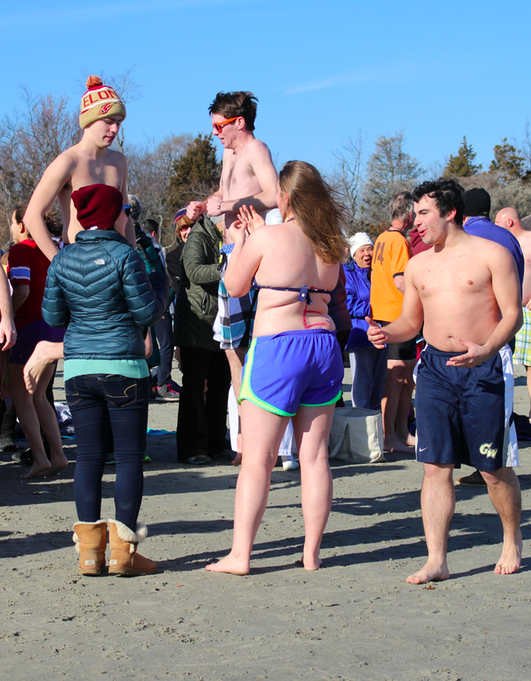