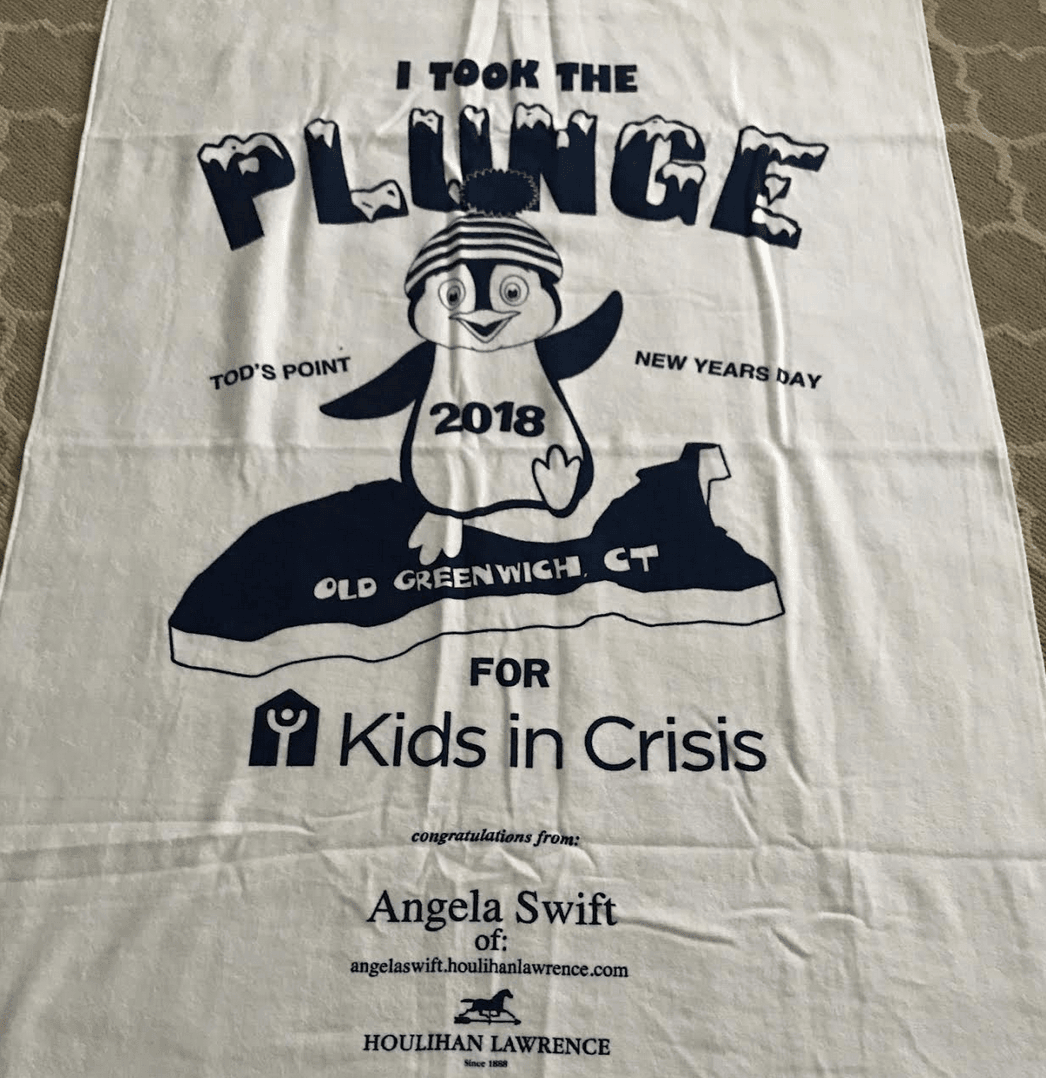 For several years in a row Angela Swift, a local mom, volunteer and triathlete has organized a New Year’s day plunge into Long Island Sound.

However, given the deep chill that has descended upon the area, Ms. Swift has decided not to host the event.

“Due to the extremely frigid temps forecasted for Monday, January 1, this year’s New Year’s Day Dip to benefit Kids in Crisis is cancelled,” Swift said in an email on Saturday. 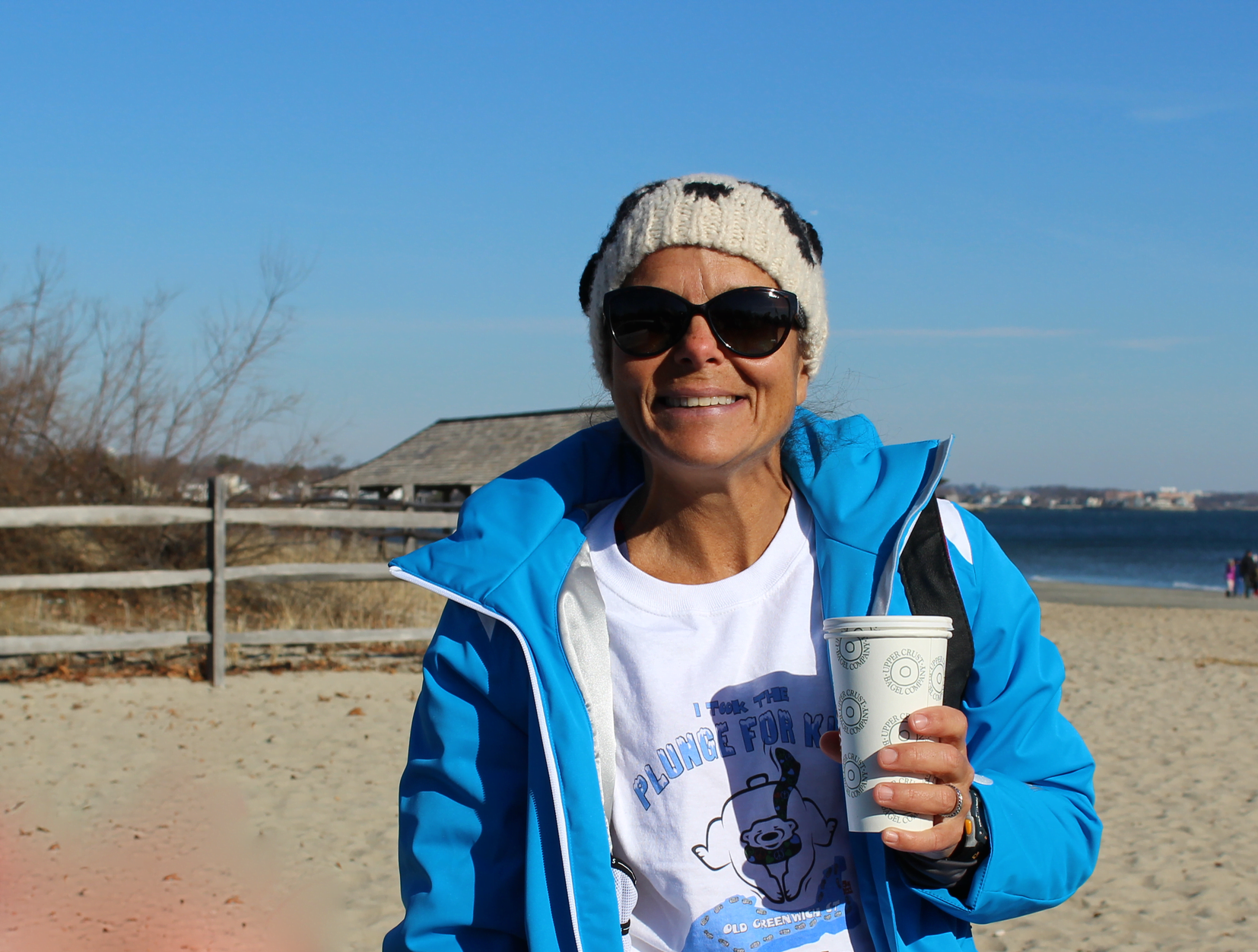 Anyone wishing to support Kids in Crisis can help by stopping at
Upper Crust Bagel shop in Old Greenwich, which is open from 8:00am – 2:00pm, for one of the souvenir towels in exchange for a donation.

In addition to their delicious warm food and coffee,  there will be volunteers there with beach towels for all those making a donation to Kids in Crisis.