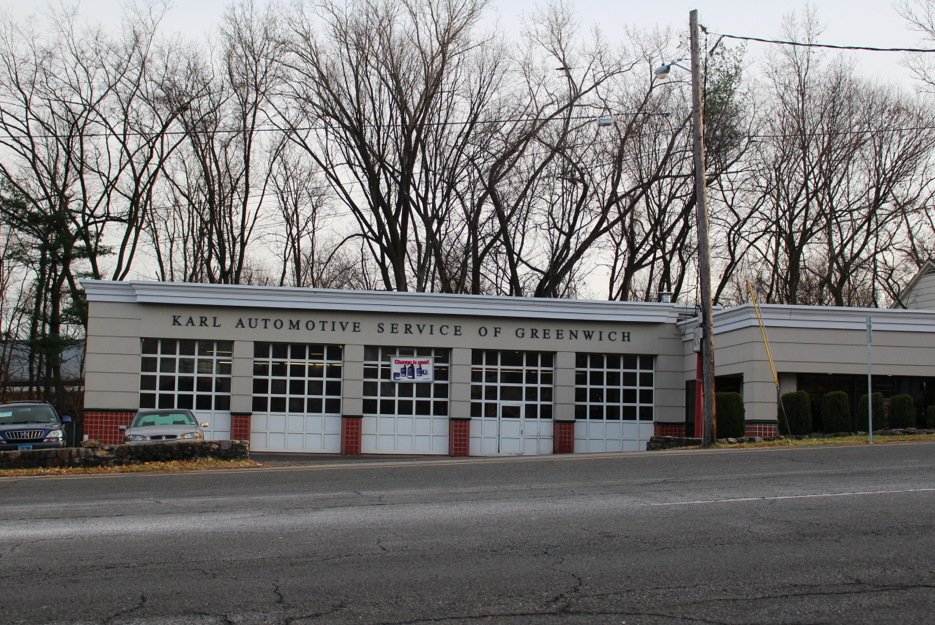 Bobby Inzitari confirmed Friday morning that Karl Automotive Service of Greenwich at 1330 East Putnam Ave in Old Greenwich has been sold by its owners, Karl’s Auto Dealership based in New Canaan.

Inzitari confirmed that the week of Jan. 5th will the the final one before Town Fair Tires will take over the space.

Karl’s auto dealership based in New Canaan has decided to sell the business to a tire shop, Town Fair Tire.

“I’ve been in this repair business for 16 years and worked for the Karl family for 14 years,” Inzitari said on the phone Friday morning. Inzitari, who is from Stamford originally, moved to Milford 40 years ago and has commuted to the Stamford/Greenwich area ever since. “I’m loved down here,” he said.

Indeed he is. “I have dealt and referred business to Bobby who has run the business for many years and have always trusted and valued his advice,” said longtime customer Kevin Oarr of Inzitari.

“He is one of the good guys that would tell you if something wasn’t worth fixing and if he did the repair you could rest assured it was done correctly and at a fair price,” Oarr said.

Oarr described Inzitari as ‘a true professional’ and said he hoped Inzitari would set up his own business in Greenwich.

Asked about his plans, Inzitari said, “I don’t know exactly yet, I’m trying to sort it out.”

“I am sure will prosper given his reputation and loyal following,” Oarr said.

Greenwich Free Press will report more on Inzitari’s plans when there is an update.