A crowd gathered outside the Junior League house at 231 East Putnam Ave to celebrate the generous gift that will revive the Safe Rides program. Alessandra Messineo Long, the Junior League’s president elect and Jennifer Stranzl, the Junior League’s community director were on hand to present a giant check which was met with delight from several members of the First Selectmen’s Youth Commission.

The high schoolers, who attend both public and private schools in Greenwich gathered with Chief Heavey, Youth Services Coordinator Jenny Byxbee and James Boutelle, the exec director of Transportation Association of Greenwich (TAG) to acknowledge the Community Grant which will bring back a program the teens advocated passionately for. 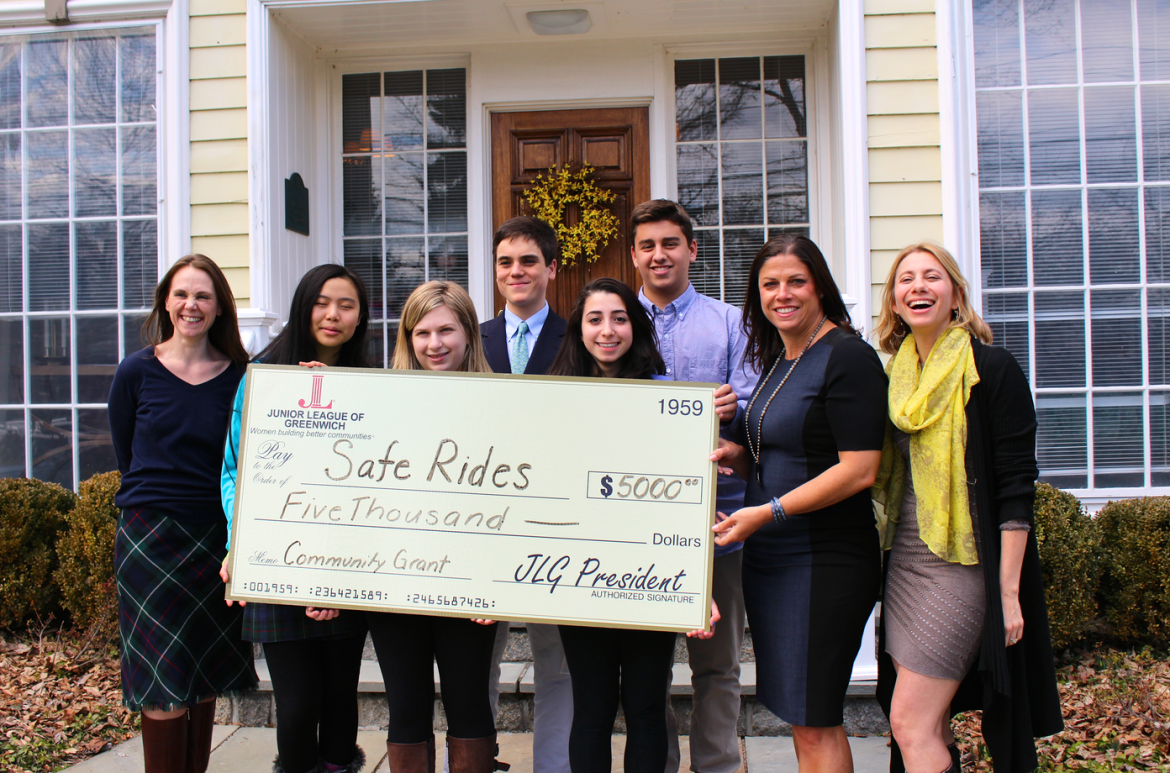 “These kids have given up their Friday nights,” Jenny Byxbee said, giving credit for the advocacy to the teens, who can now bank on having rides if needed on the nights of Junior prom on April 25 and Senior Prom on June 6. Byxbee said the $5,000 grant means Safe Rides can establish a regular schedule into September, though a full year of funding for the program is roughly $20,000.

The teens were ecstatic. “There was a survey of about 800 students at GHS and 70% of the kids said they’d known someone who drove drunk,” said Alex Buffone, an 11th grader at GHS. 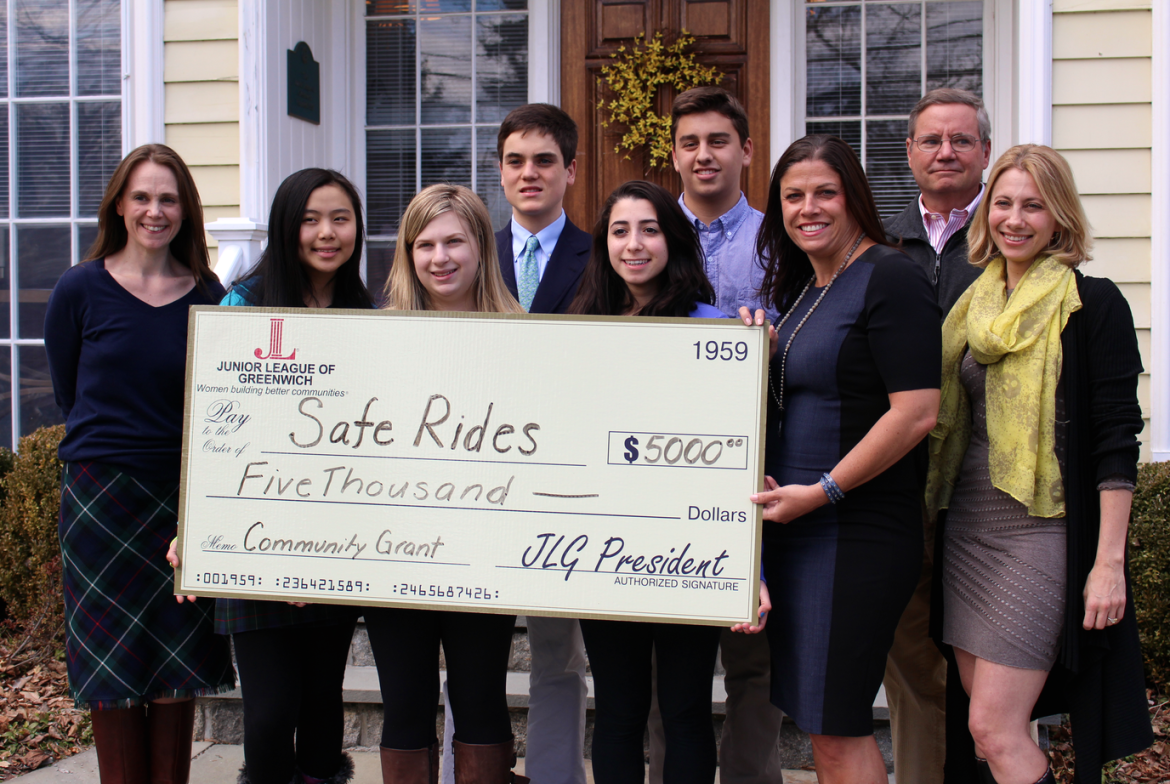 The Junior League’s Messineo Long gave credit to the teens. “Without you stepping up, we would not have known about the need for the funding,” she said, adding that there were several other worthy applications for funding in the running. “There are so many unmet needs in Town, but this group had a really great grant application. These kids gave up their time and energy and demonstrated significant passion.”

“On a night like prom, we put out four vehicles,” said Mr. Boutelle. “We gave rides to 30 people on one night in October.”