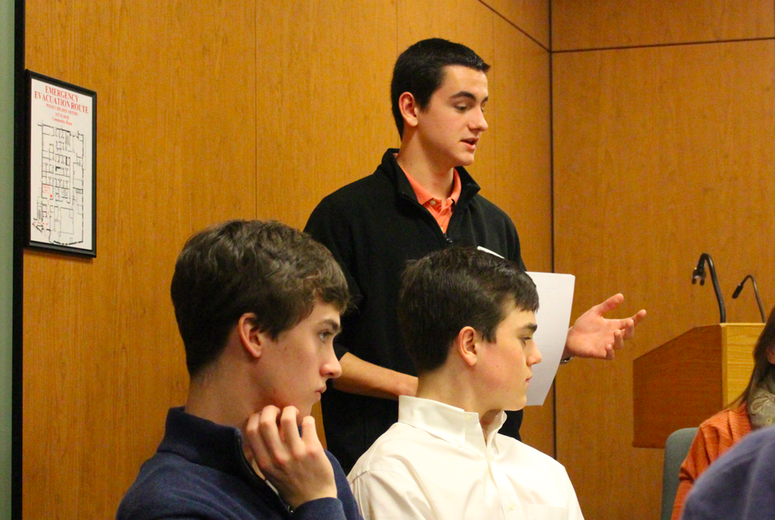 On Sunday the First Selectman’s Youth Commission gathered in the conference room at Greenwich Police headquarters. Mr. Tesei was unable to attend, but Jenny Byxbee facilitated the meeting. For the most part, the students generate the ideas, and brainstorm goals and next steps.

The agenda included guest speaker Caroll O’Connell from Fairfield County Community Foundation who put the work of her foundation in context of teenagers’ lives. When she asked the 15 teens at the commission meeting for suggestions for projects needing funding that would benefit teens, the brainstorming began.

The teens, who go to GHS and several private schools in Town, said the project that they want to see funded is Safe Rides. Alex Buffone explained to the guest speaker that the Red Cross had dropped the program, and that it was far more than a ride for teens who were not sober to drive.

“It not only provides a ride home for someone under the influence. We gave a ride to a group of kids who were going from the High School to five or six miles away, to Armstrong Court. If we weren’t taking them they would have had to walk. That’s unbelievable. It would take me a really long time to walk. It’s not only giving a ride to someone intoxicated. midnight and they had no alternative from not walking,” Buffone said. 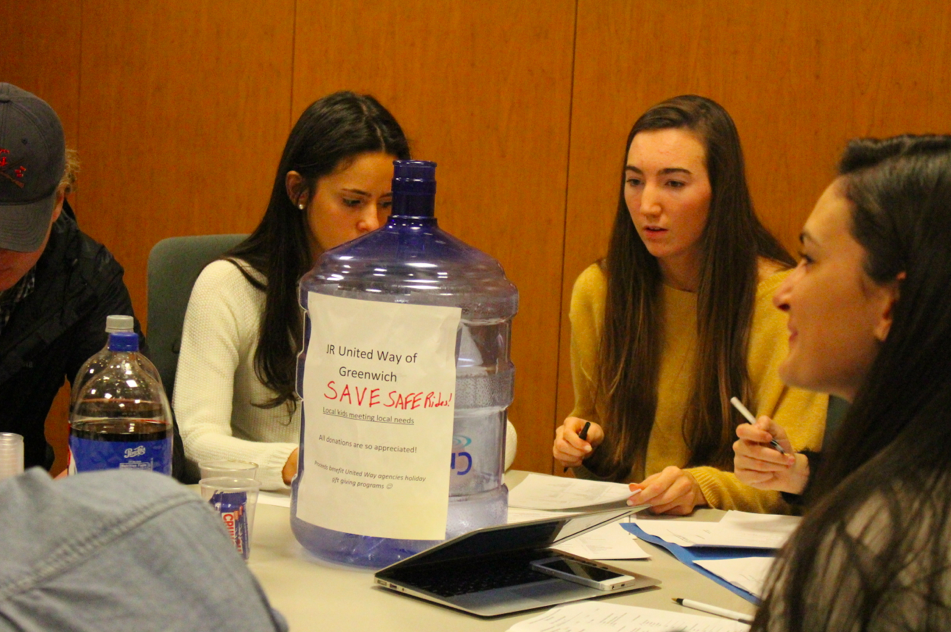 “Or not going,” O’Connell, said. “It sounds like there was a vibrant life going on because of Safe rides, so it’s a quality of life issue,” she added as she wrote Buffone’s suggestion on a yellow Post-It note and put it on the conference wall.

And while the teens listed some highly-prized programs and services in town that they benefit from — the Jr. League’s Positively More program, GHS’s AVID program, and the services of the Career Counselor at GHS — the conversation kept circling back to saving Safe Rides.

“Drugs and alcohol is less than just an issue, and more like a widespread epidemic,” Peter Negrea said. “You know it’s the majority of students. Whether or not it’s good or bad, Safe Rides is a program that combats the symptoms of that, which is drunk driving or driving under the influence. I don’t think we’re ever going to stop Greenwich teens from drinking and doing drugs.” 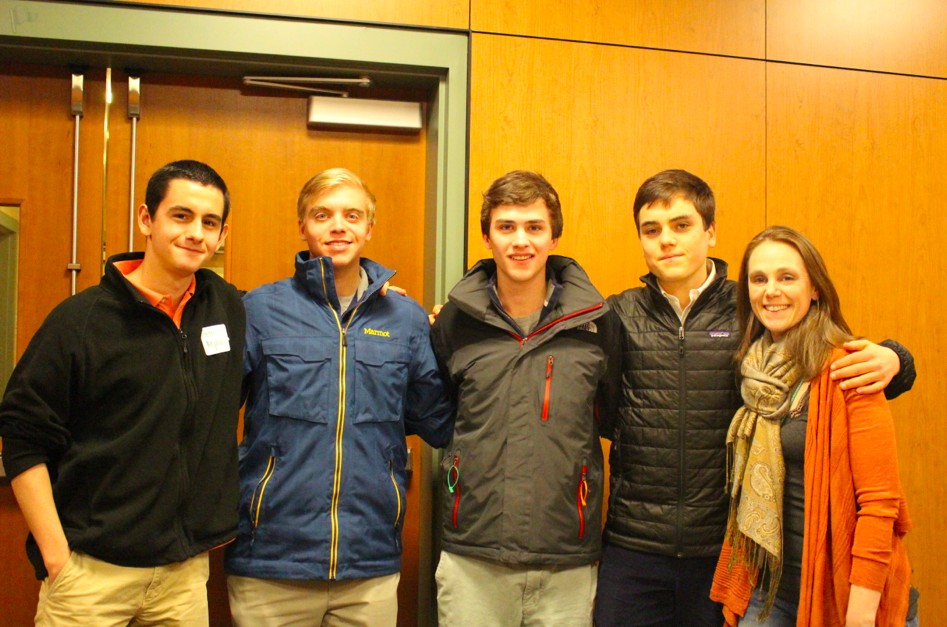 Alex Buffone said he used to think Greenwich was a quiet place where nothing bad happens. “High driving – kids are doing that much more than they used to. With Safe Rides, people aren’t giving it enough credit. It’s going to take something really bad to happen. That’s what we’re trying to prevent. That’s why I think we need to get Safe Rides running  every weekend. It can really change an outcome.

About 800 students responded to Buffone’s survey at GHS asking whether students had taken a ride from someone or seen someone drinking and driving. He said 70% the students he surveyed said yes. “That’s a really scary statistic,” he said.

“Educating kids more, and really showing what can happen is important,” Buffone said. Two Brunswick students agreed, adding that at their school they had seen a graphic presentation of the aftermath of crashes resulting from drunk driving they felt was very effective.

As the group of 15 teens acknowledged their unanimous agreement to make saving Safe Rides a priority, attention turned to details like whether to extend the collaboration with TAG, the non-profit organization whose mission is to provide transportation services for elderly disabled individuals and transportation for the disadvantaged of all ages.

On February 6, Safe Rides piloted a collaboration with TAG. Byxbee said a boy and a girl from Safe Rides accompanied each of the 2 TAG driver in a TAG vehicle — Jim Boutelle and a board member each served as drivers — while the remaining teen volunteers stay behind to field phone calls. 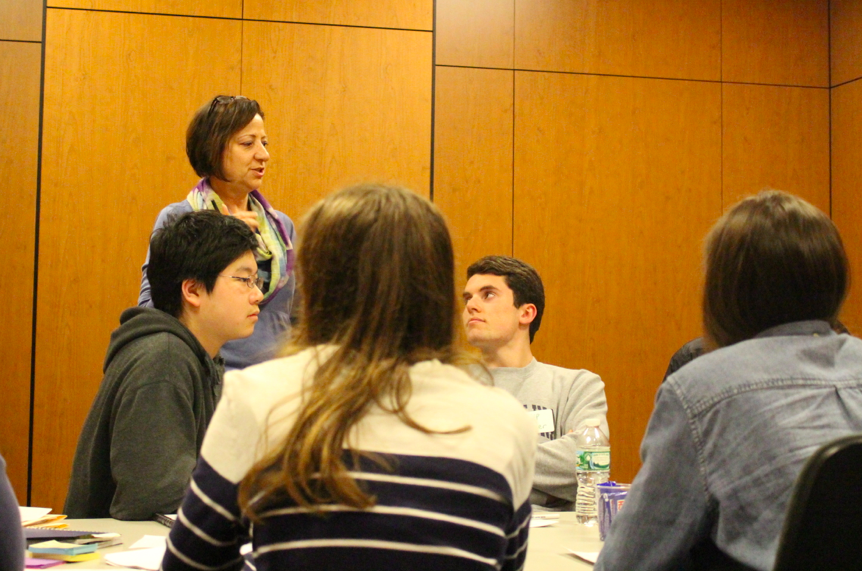 On the topic of funding, Safe Rides expenses include gasoline, cost of TAG drivers, and insurance. A challenge for the project will be fundraising, and the teens agreed the will need to reach out to the community to that end. The group brainstormed fundraisers ranging from emails to friends and family, to a FundRazr page. When the students learned that a wiffleball wall paid for with funds raised from the annual Wiffleball Tournament at the polo grounds had been approved by the RTM for installation at Byram Park, the group had an idea. There was enthusiastic discussion of organizing teams for next year’s wiffleball tournament and having that fundraiser benefit Safe Rides.

In the meantime, the First Selectman’s Youth Commission teens would greatly appreciate donations of any size.