By Courtney Oarr and Matt Pignataro

Picture this. You’re heavily intoxicated at a party with no way home. Or, your promised ride home is not in a position to give you a lift. Who do you call? Not Safe Rides. 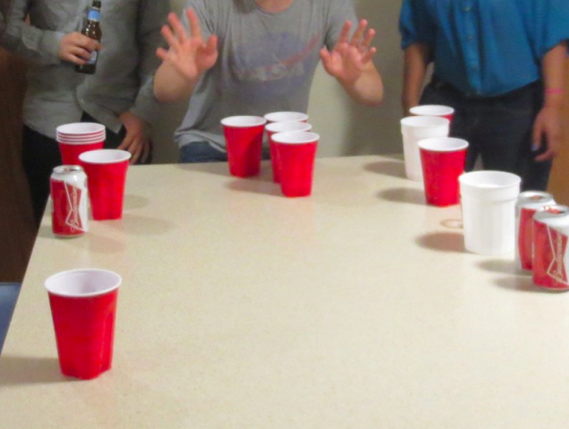 Safe Rides, once a popular program in the Town of Greenwich, is officially off the road.

This program was affiliated with the American Red Cross, and was geared towards giving teens a safe way to get home after a night of drinking, or a way to decline a ride home from someone who had been drinking, no questions asked.

The way the program worked was other teens would volunteer to drive their peers home, and were exempt from driving restrictions such as curfew, and number of people in the car.

Upon hearing of this we decided to get the opinions of those who use the program the most: High school students.

We ventured to Greenwich High School and interviewed senior, Anna Black, about the closing of Safe Rides. Anna stated that she was unaware Safe Rides was closing, though she was unaffected by this as she did not use the program.

However, Anna also stated that she thought the program was useful for people who did use it, and should not close its doors.

Sophomores, Ryan King and Joey Lanni also stated that they were not aware Safer Rides was closing and that it was, “a shame that it is closing as it is such a useful program for kids in the town.”

Diane Chiappetta Fox, director of Student Activities at Greenwich High School, said she hadn’t been aware that Safe Rides was officially closing. She informed us that Safe Rides opened its doors for Junior Prom this year and was run successfully that evening.

Mrs. Fox said,  “It should have been better promoted throughout the school since not many students knew about it.”

Safe Rides has great potential and could be a very successful program in the Town of Greenwich if it was properly promoted and run. The necessity for a program such as Safe Rides is high since many kids don’t have the means to get home after a party or possess the money to call for a taxi.