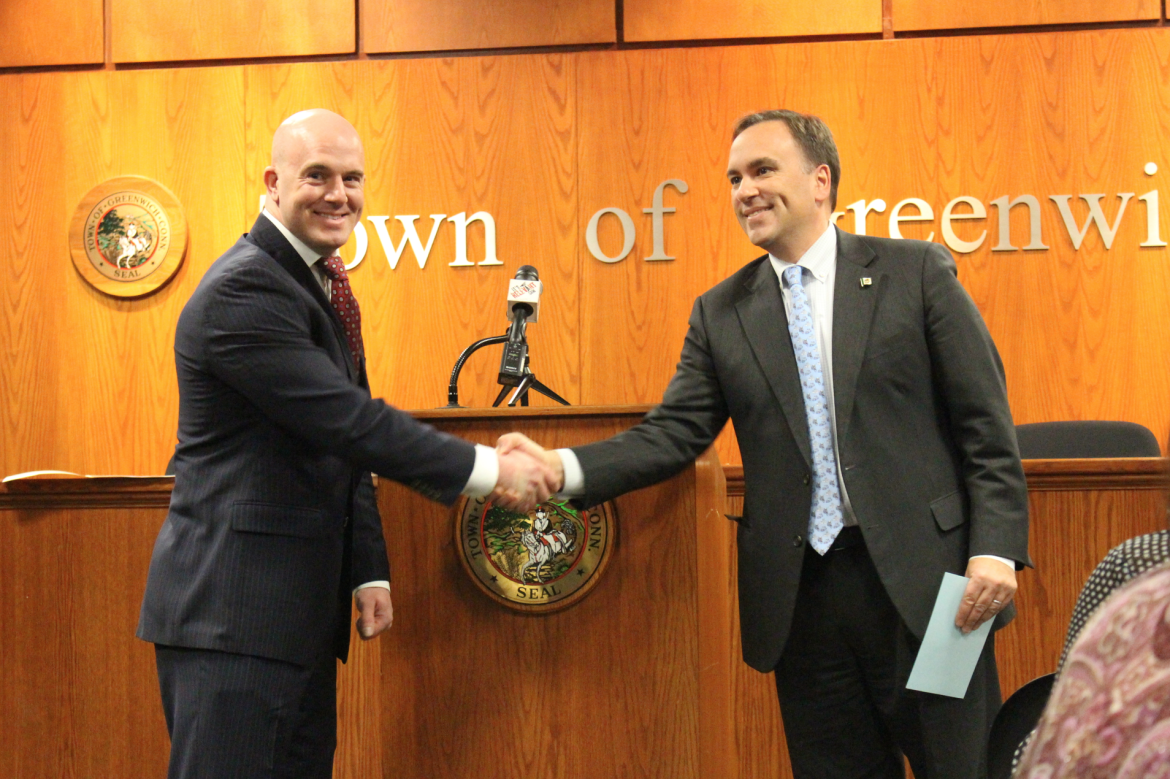 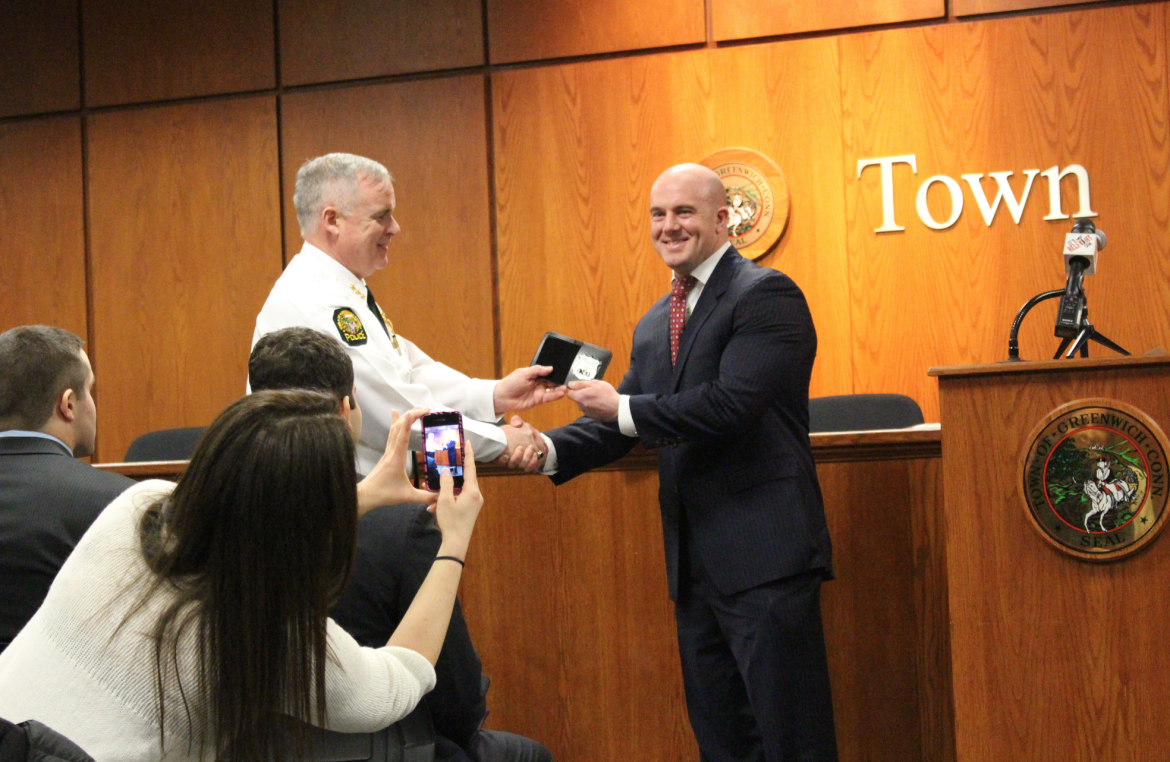 Justin R. Quagliani graduated from Stamford High School and, in 2011 from Univ of Phoenix, with a BS in Business Finance. Prior to becoming a Greenwich police officer, Mr. Quagliani attained the rank of Sergeant in the Army Reserve, where he received numerous awards and certifications.

Chief Heavey said Mr. Quagliani was honored for his bravery by the Stamford Police Department in the apprehension of a bank robbery suspect in March 2007, and received the Police Commissioners  Association of Connecticut Meritory Service Award. 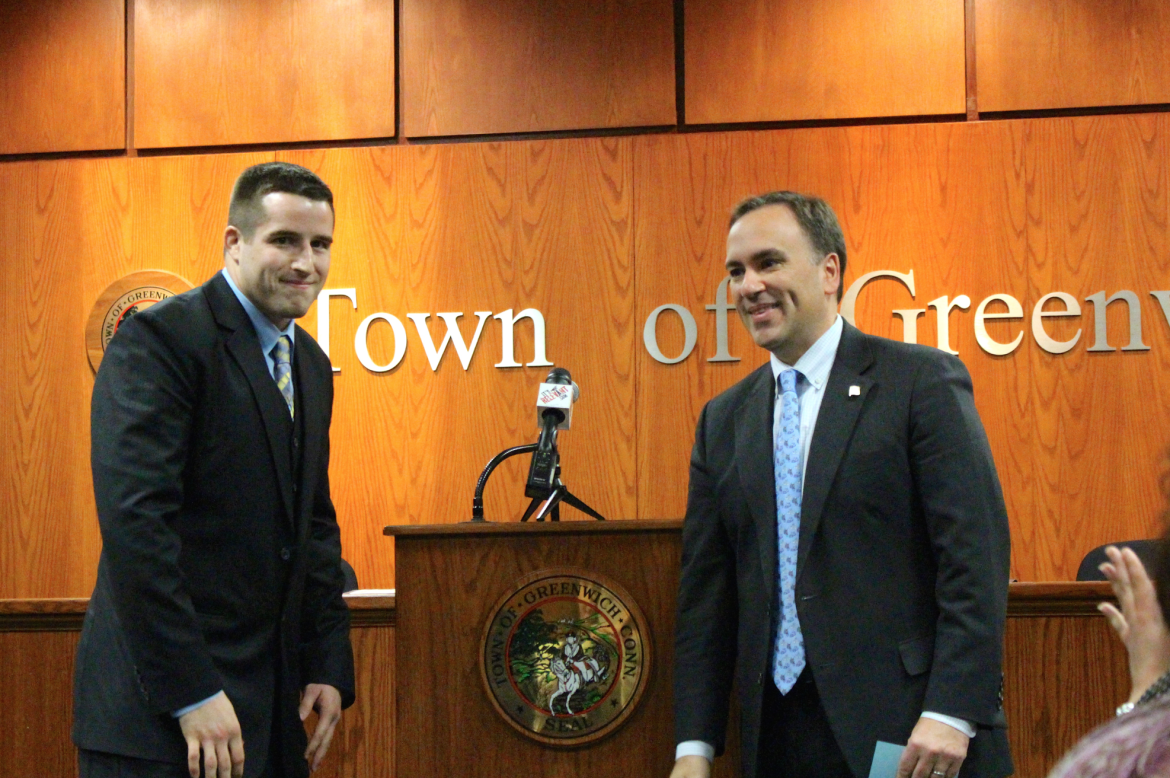 Max T. Rinaldi grew up in Cornwall New York and graduated from Carmel High School. He graduated in 2014 from Empire College with an associates degree in exercise science before serving in the US Coast Guard for 5-1/2 years as a marine science technician, achieving the rank of petty officer 3rd class.

Rinaldi served aboard Cutter Confidence performing anti-migration and narcotics controls in the Caribbean.

On another ship, Rinaldi he performed security patrols for Iraqui oil platforms, as well as training and good will visits along the coast.

On Long Island Sound he inspected waterfront facilities for oil and hazardous materials and responded to incidents of pollution along the waterways. Officer Rinaldi, who also received numerous awards and certifications from the US Coast Guard and  currently serves as a member of the Coast Guard Reserve. 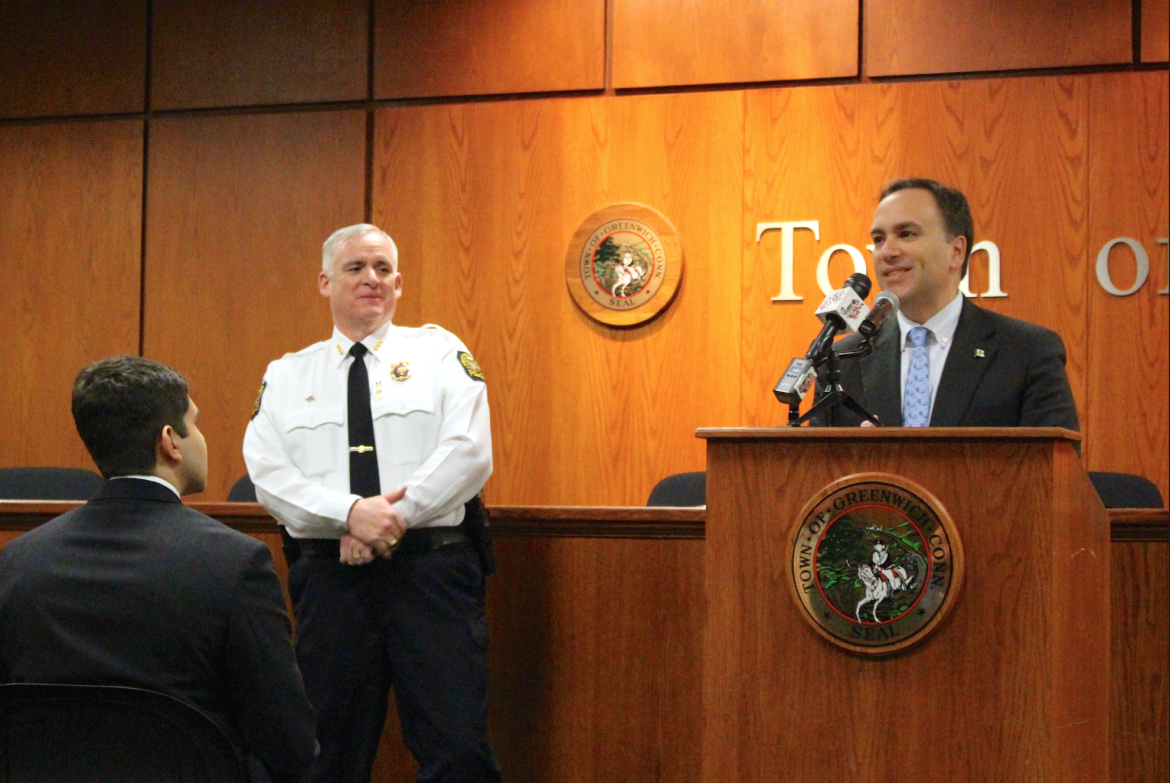 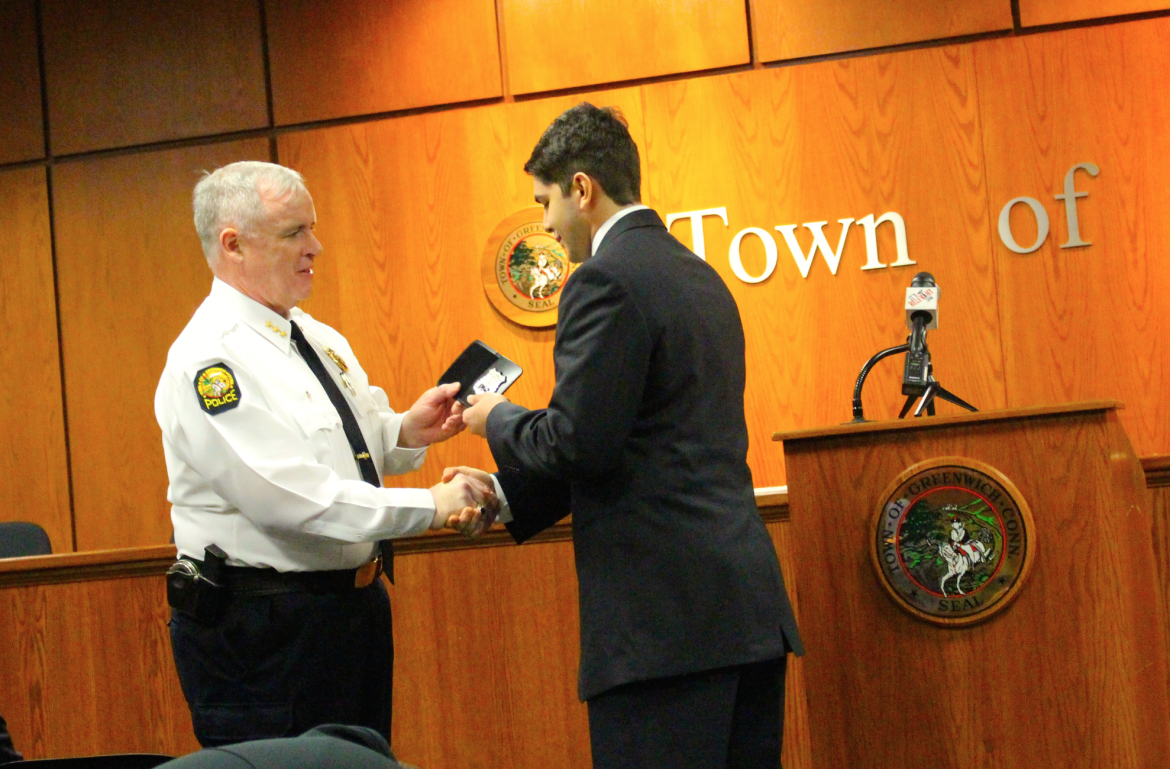 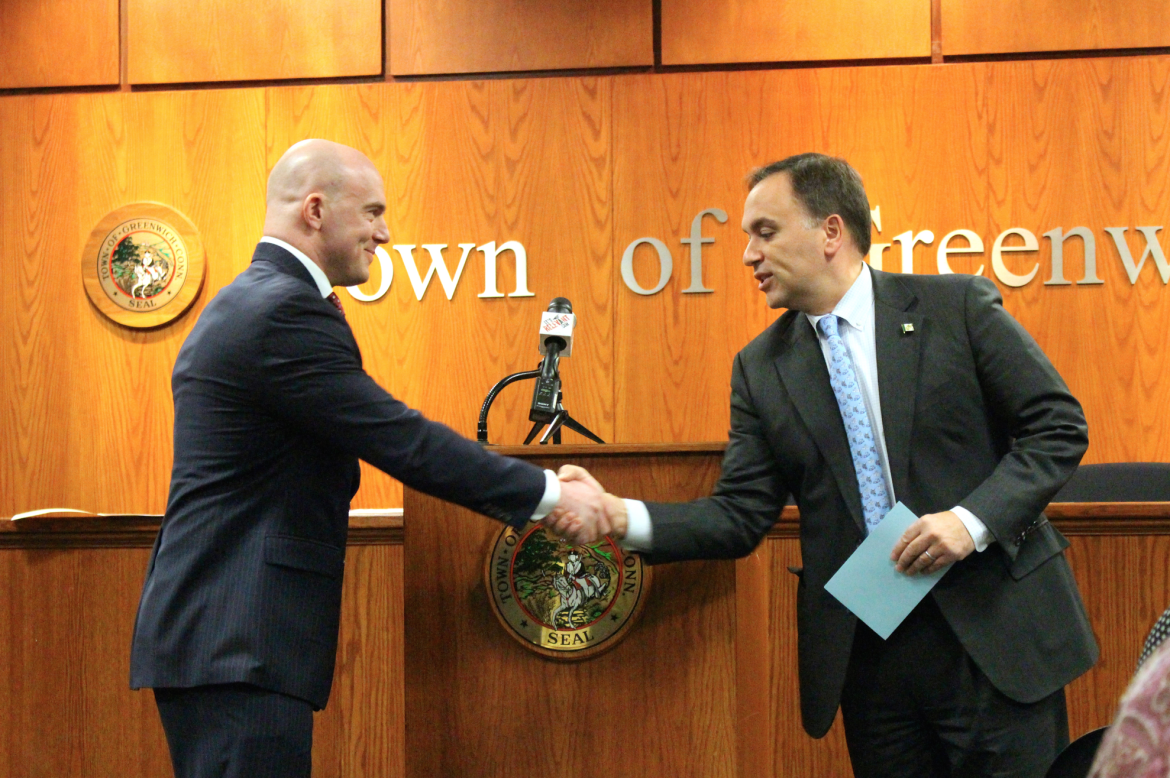 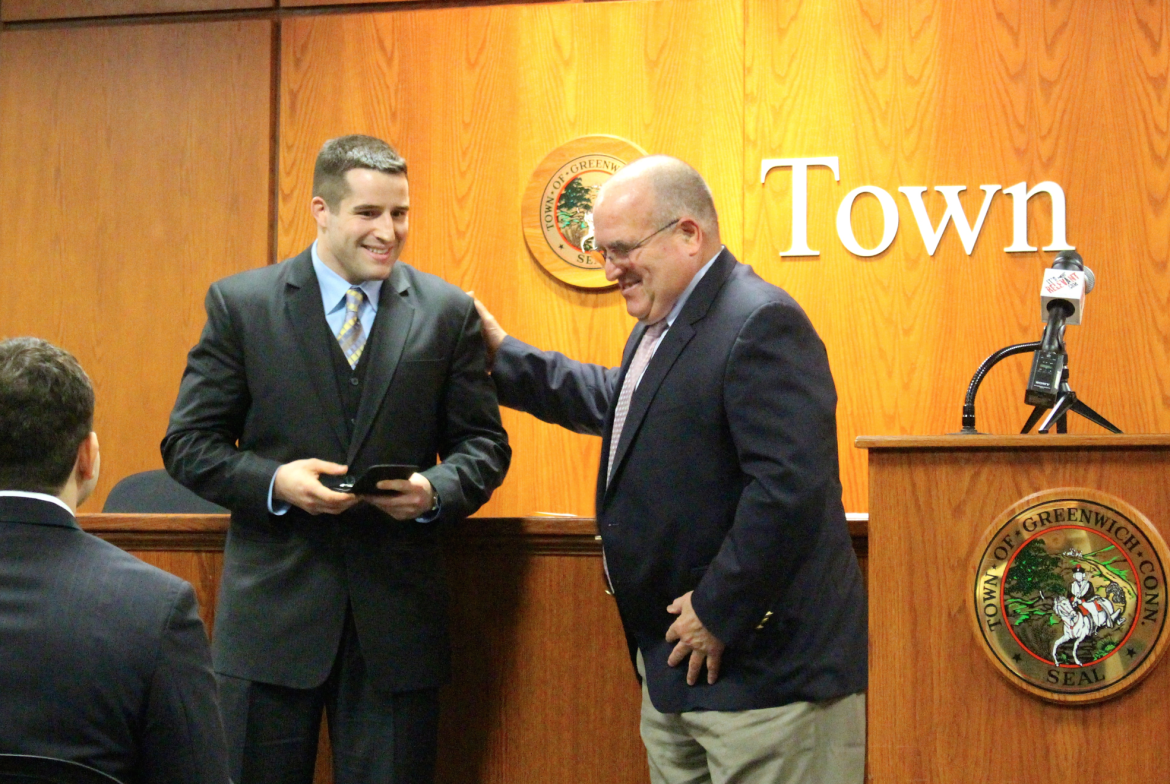 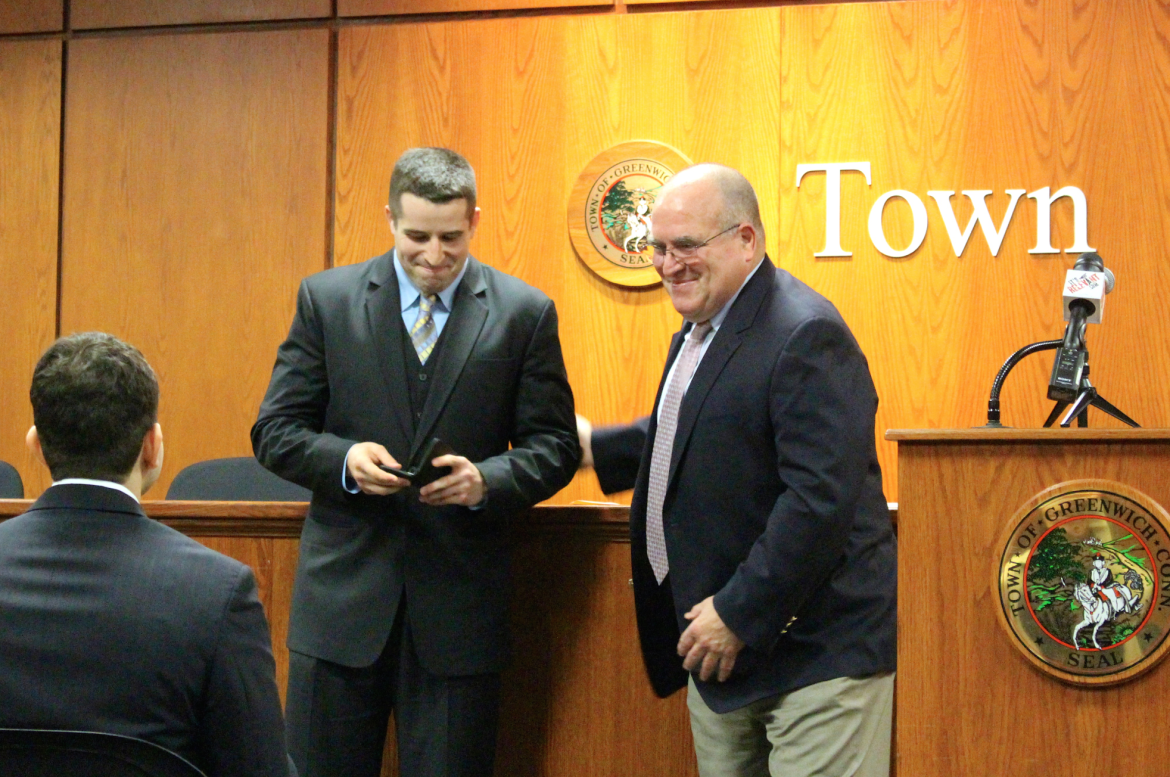