On Thursday morning, Peter Tesei explained the bizarre situation that resulted in $18,000 being omitted from the Town budget for Safe Rides next year.

Mr. Tesei referred to the situation as a “funding mix-up.” He said that insurance was the key expense for Safe Rides, and that for 72 nights of service, the cost was $12,524, and that was before an 18% insurance increase for next year.

For a time, Greenwich Police continued the service using town vehicles, which Mr. Tesei said was not ideal, and meant created a  liability for the town.

Subsequently, TAG jumped in to help. TAG, which is short for Transportation Association of Greenwich, underwrote many of the costs associated with the service, including insurance and paid adult supervisors. 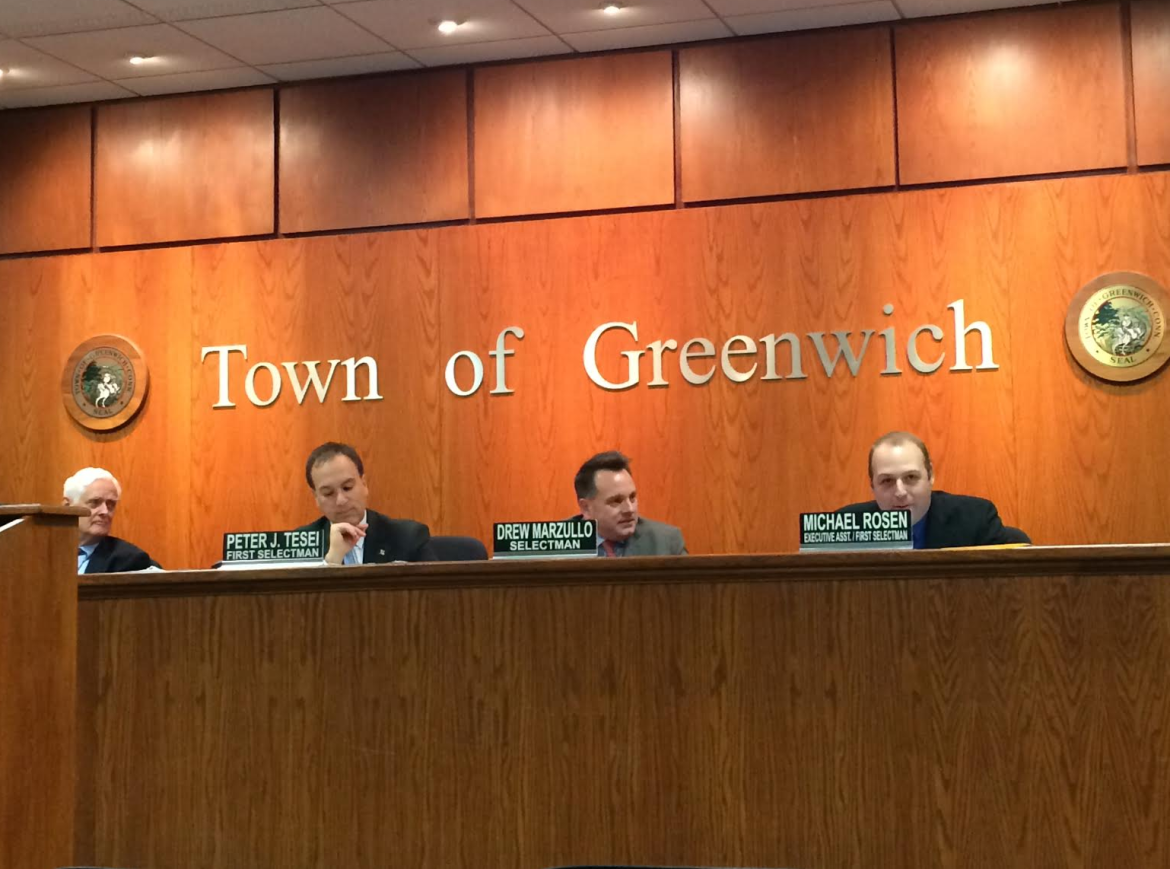 Michael Rosen, who worked at town hall for 3-1/2 years, heads to Bedford, MA to be the assistant town manager. Credit: Leslie Yager

“They had asked for funds in the budget, , but unfortunately due to communication issues that did not get transmitted. It was initially something that Michael (Rosen) was working on,” Mr. Tesei said, referring to his outgoing executive assistant who gave his notice last November, to take a job in Bedford, MA.

Mr. Tesei said he would commit $2,000 from surplus campaign funds, and that RTM member Ed Dadakis has offered $8,000 from his family’s foundation.

“If this program is going to sustain itself, it will require broad citizen sustained support, and support from the young people who use it,” he said.

“That’s not to say there won’t be further discussions about the town contributing to it as part of our external entities budget,” he said. “At least we’ll be able to sustain the program going forward. In many respects, it’s a lesson learned for everybody.”

Anyone who wants to help provide the service to Greenwich youth can earmark a donation to TAG for Safe Rides.

Junior League of Greenwich Comes Through for Safe Rides to the Tune of $5,000