On Friday afternoon Greenwich Academy dismissed early, but the club members who create the school’s art and literary magazine, Daedalus, gathered to talk about their passion for creative writing and art.

In Greek mythology, Daedalus was a craftsman and artist who created bird like wings for himself and son Icarus by tying feathers together with string and fastening them with wax.

Recently Daedalus received the highest award from the National Council of Teachers of English (NCTE) for excellence in student literary magazines. Daedalus was one of 26 out of 371 literary magazines submitted to earn the highest honor. The listing of all ranked magazines is available on the NCTE website. Also, in 2017, the magazine received a gold medalist certificate from the Columbia Scholastic Press Association during its annual critique.

With news of the 2017 honors, the girls are not resting on their laurels.

In fact, on Friday the topic of discussion was summer opportunities to hone their craft. From the Iowa Young Writers Studio to the Summer Young Writers Institute at Skidmore and Great Books Summer writers workshops, the girls shared their experiences and recommendations. At other meetings, the girls share their work and offer feedback. Frequently the club has visits from guest authors, graphic designers and book illustrators.

Daedalus advisors Sherry Tamalonis and Jeff Schwartz, who have been working together for 30 years, said the 2017 issue was the 34th to be published.

“We have wonderful students,” said Tamalonis who teaches art at the school, adding that the girls spend a lot of time in the spring planning the magazine layout and making sure it holds together.

Throughout the school year, all students are invited to submit their work. About 50-60 girls participate. In addition to writing, artwork for the four covers is selected from student submissions, as well as several section divider pages.

The magazine even includes QR codes that link to video and film programs. 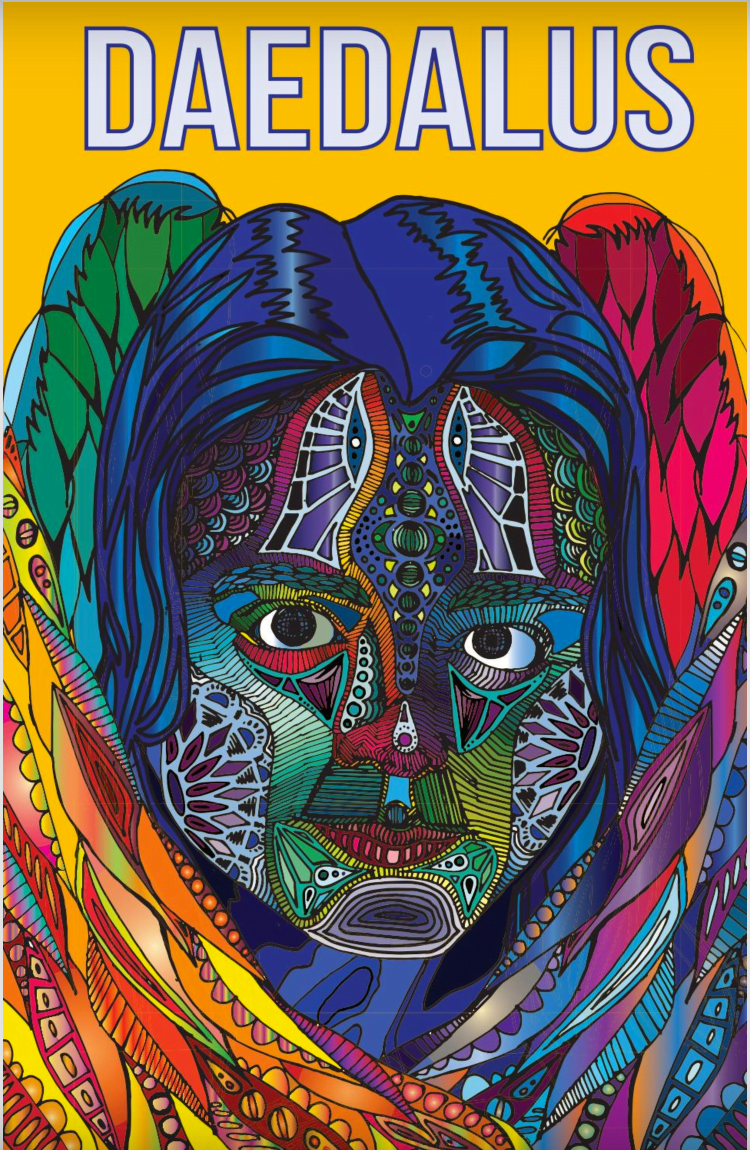 “The students pick the art. The students do everything,” Tamalonis said. “We never have a problem getting writing and art. There is a culture that supports it here.”

Sara Ganshaw, class of 2018, created the covers for the 2017 issue and Renée Ong’s art was selected for the section divider pages.

While the accolades are appreciated, the celebration of the magazine publication continues with a culminating event in May. Everyone in the school receives a copy of the magazine, and during a big assembly the girls read their stories and poems. There is also a slide show of all the art appearing in the magazine.

Even better, for the 30th anniversary of the magazine’s publication, everyone who worked on the magazine over the years is invited to return to Greenwich Academy for the celebration. Ms. Tamalonis said many alumnae name Daedalus as the most important activity they did during high school. 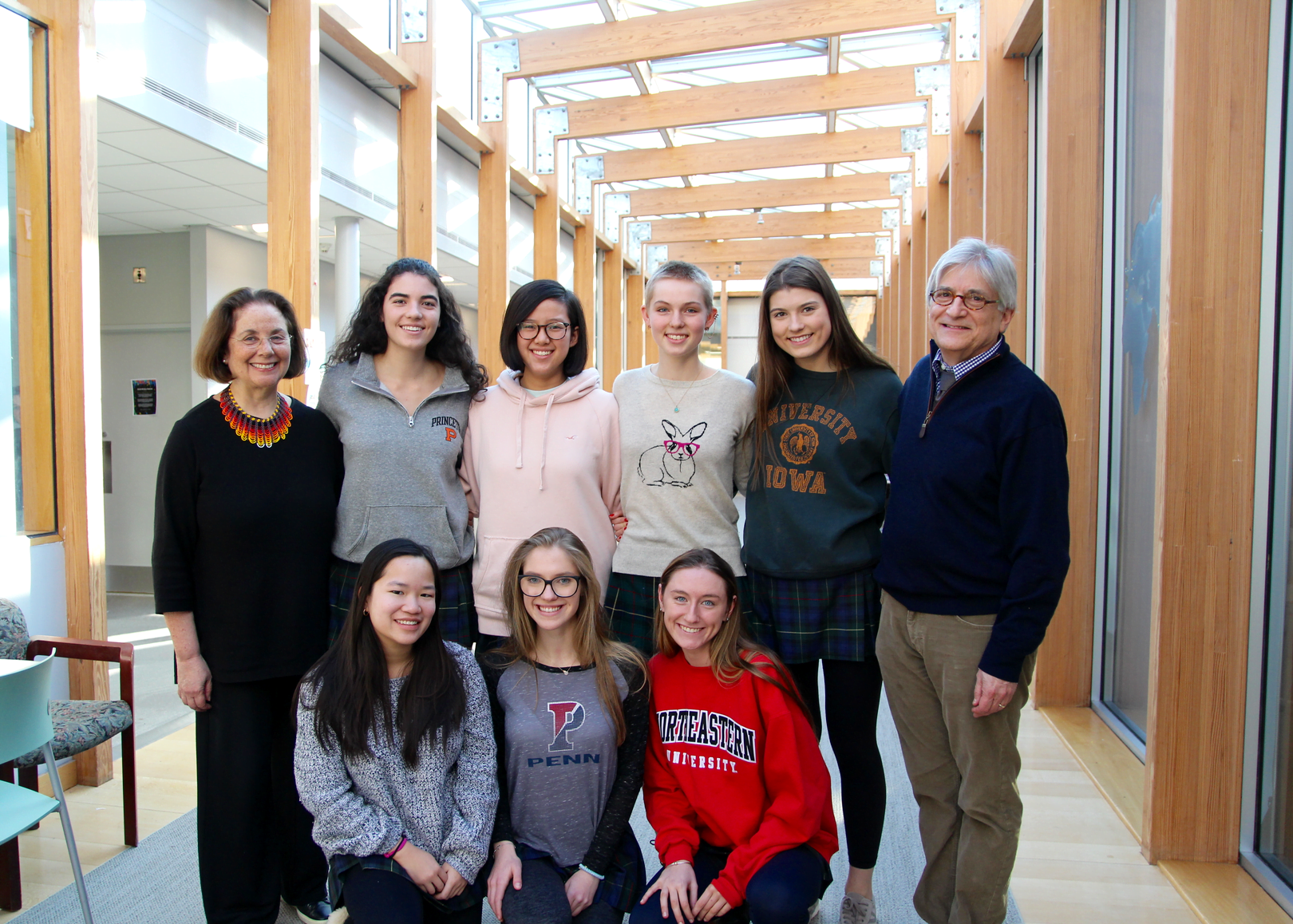 While these days, the drafts are arranged and edited digitally, that wasn’t the case when Mr. Schwartz and Ms. Tamalonis first supervised the club. “I remember the days of light tables and X-Acto knives. The girls measured everything out that way until about 1989,” Tamalonis said.

“What’s great about Daedalus is the collaborative discussions on a high level and balance between critique and finding the beauty in everyone’s writing,” said Mr. Schwartz, an English teacher at the school.

Schwartz, who has been working on magazines since college, said Daedalus has won numerous awards. “This magazine has a national reputation and expectations are high. The awards add to the prestige and set the standard. We don’t ever want to take anything for granted. We want to make the best magazine possible.”

“People come to one meeting for Daedalus and they always want to come back,” said Sadie Smith, class of 2018, who is part of Daedalus, in addition to serving as Editor in Chief of Greenwich Academy Press, and writing for Greenwich Free Press since her sophomore year. “The group is full of really cool people and there is a collaborative nature I enjoy.” 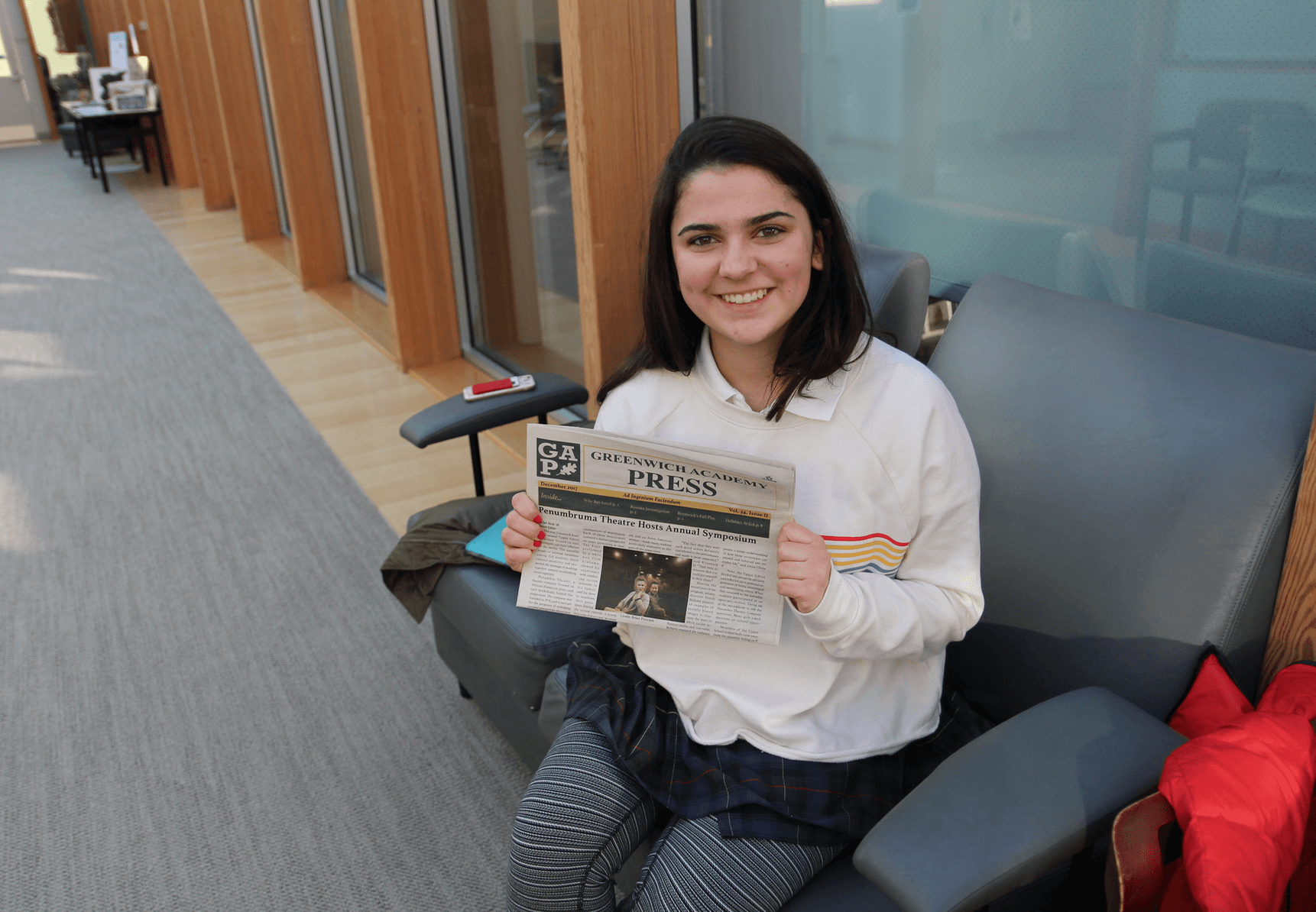 Sadie Smith, class of 2018, who is part of Daedalus, in addition to serving as Editor in Chief of Greenwich Academy Press.