Hockey and figure skaters alike filled the outdoor rink to celebrate opening night and participate in the events.

The outdoor rink, recently renovated, was open to skaters beginning at 4:00pm. Skaters of all ages and experience-levels glided around the rink while listening to music over the speakers. On the far side of the club, pizza, hotdogs, and hamburgers were being served. Attendees came dressed in their Greenwich Skating Club gear to show their pride, wearing everything from hockey jerseys to Wings hats. 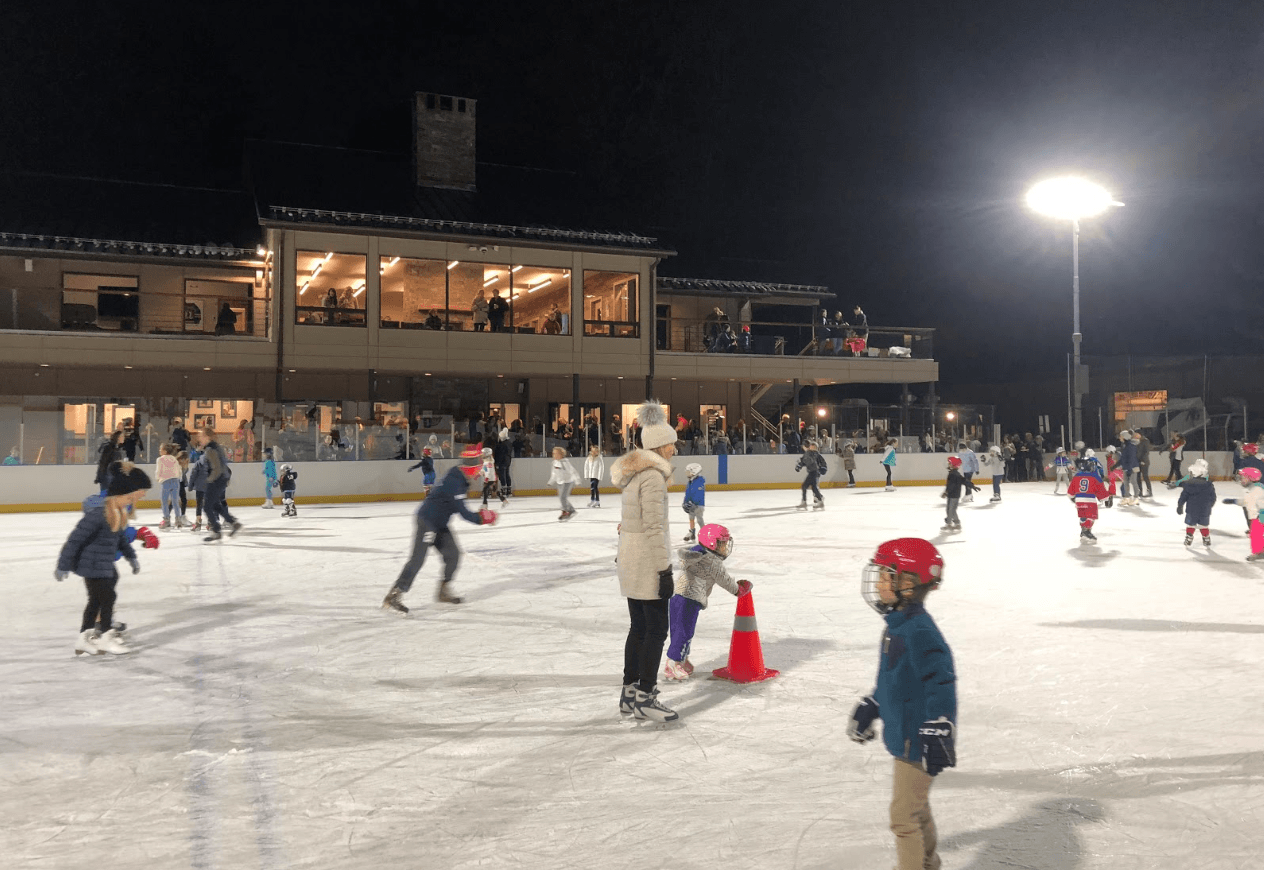 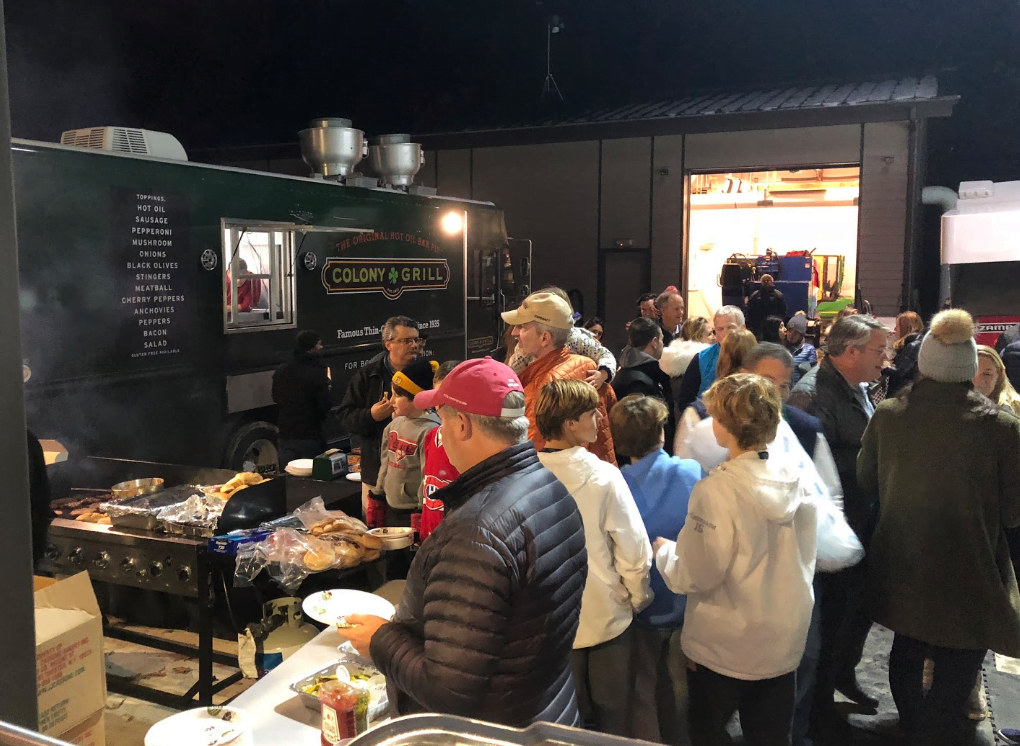 The first event, Chuck-A-Puck, is a club favorite in which competitors throw or slide a puck towards center ice. The puck that comes the closest to the faceoff dot wins a GSC bag and other goodies. 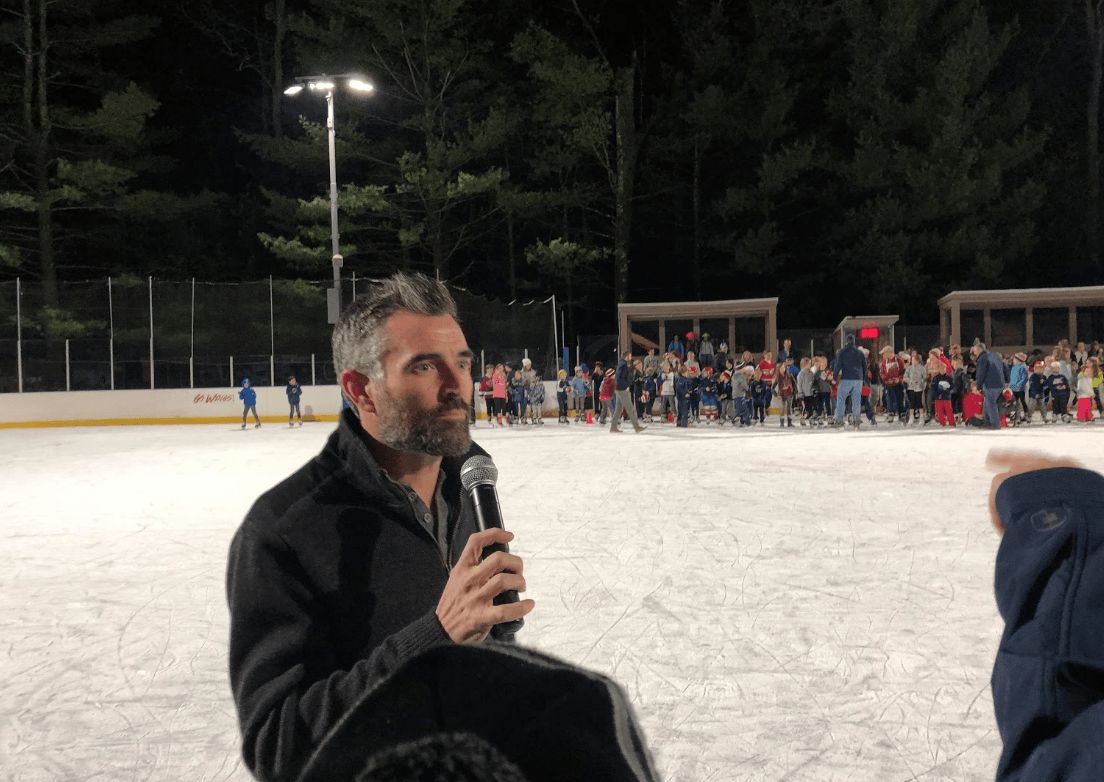 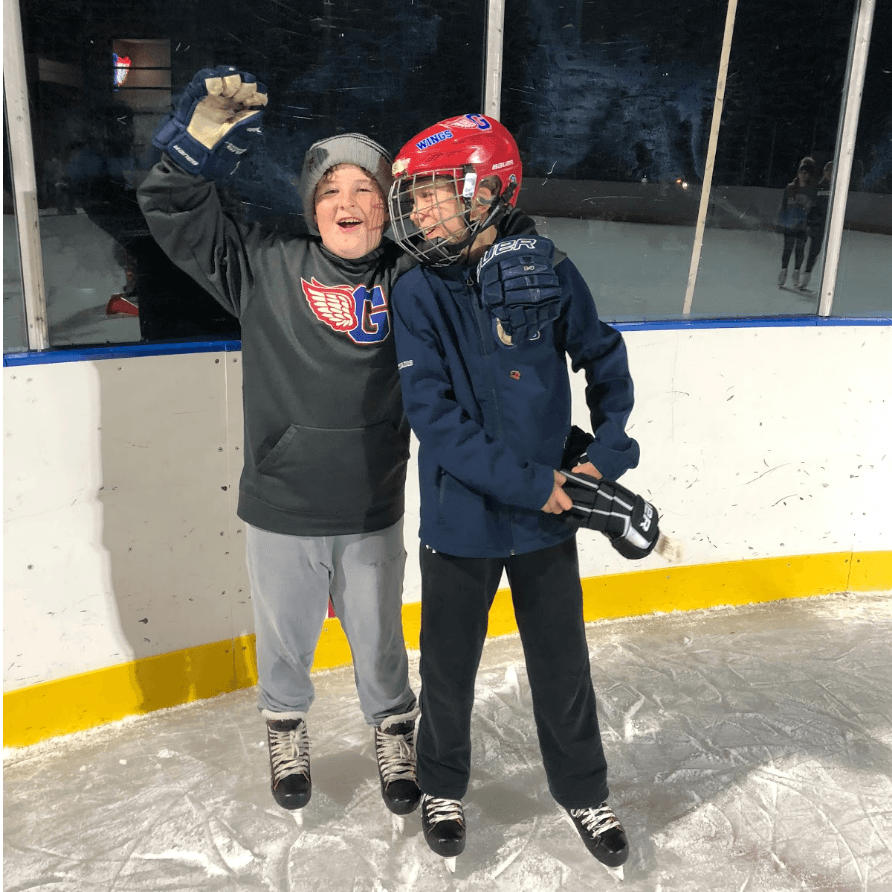 When all the pucks were thrown, Richard Fulton, one of the club’s board leaders, found that two pucks were touching the center dot!

Lee Milazzo, another board leader, declared a tie between pucks #35 and #67.

To settle the tie, the first ever in club history, Mr. Fulton announced that there would be a zamboni race. 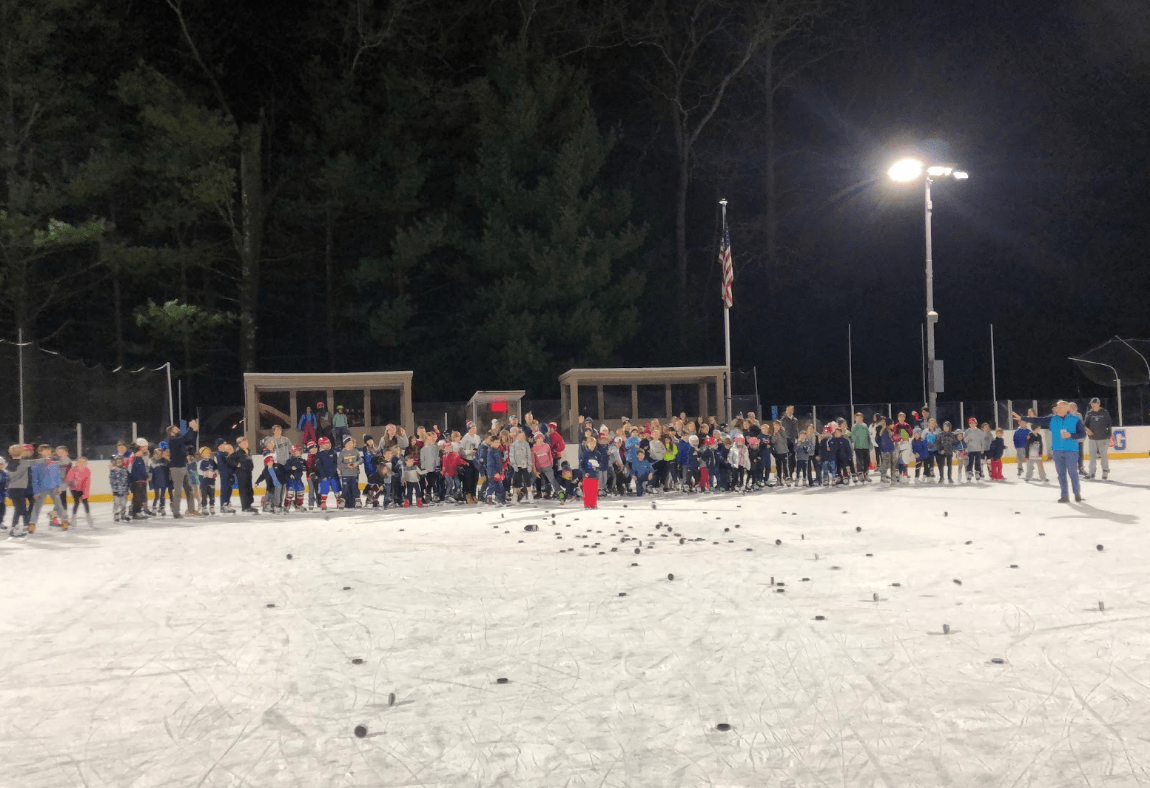 Beginning at one end of the ice, Richard Fulton announced that the first person to complete a full lap of the rink would be the overall winner of the Chuck-A-Puck competition. 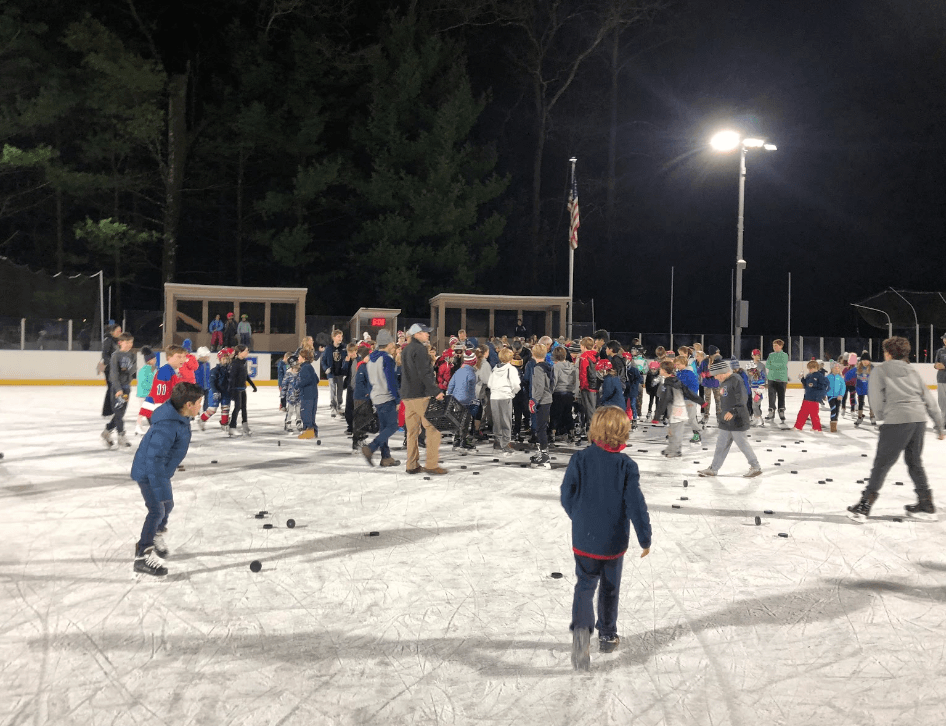 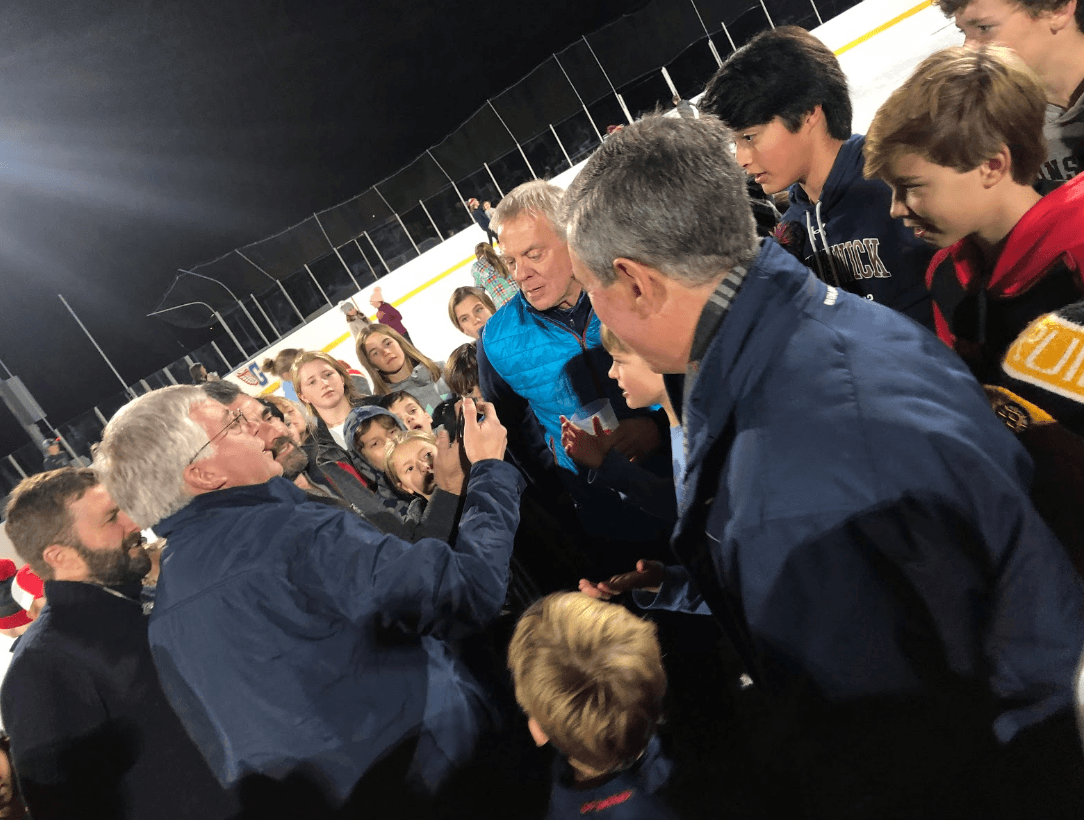 Competitors gathering around Richard Fulton as he reads the numbers of the two winning pucks. Photo: Avery Barakett 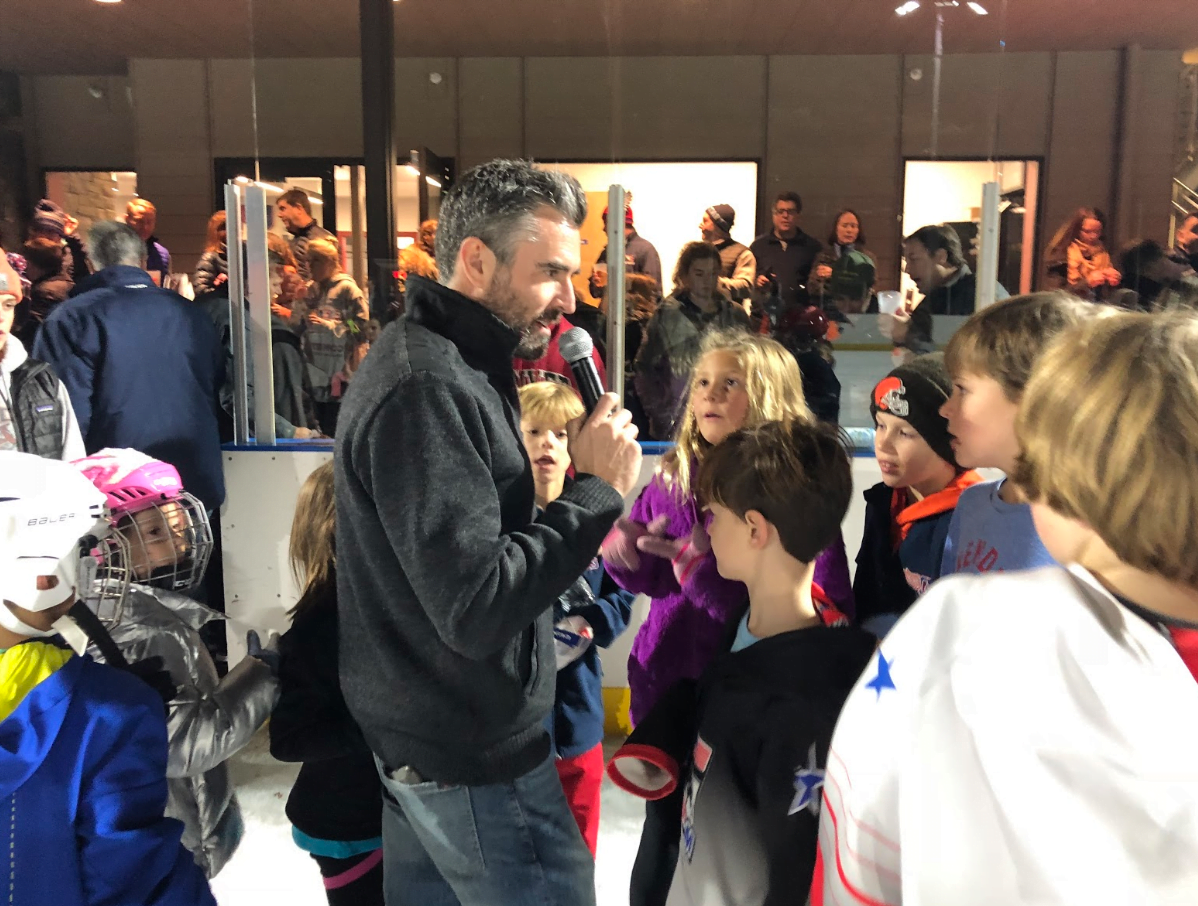 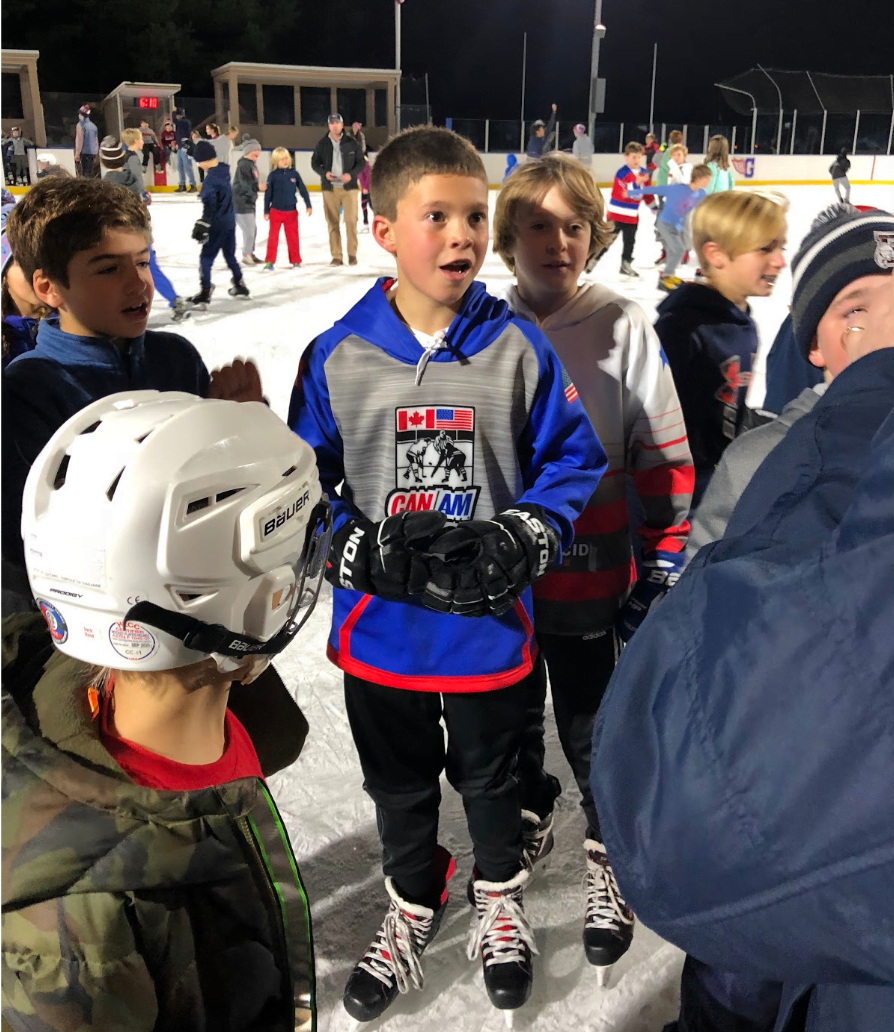 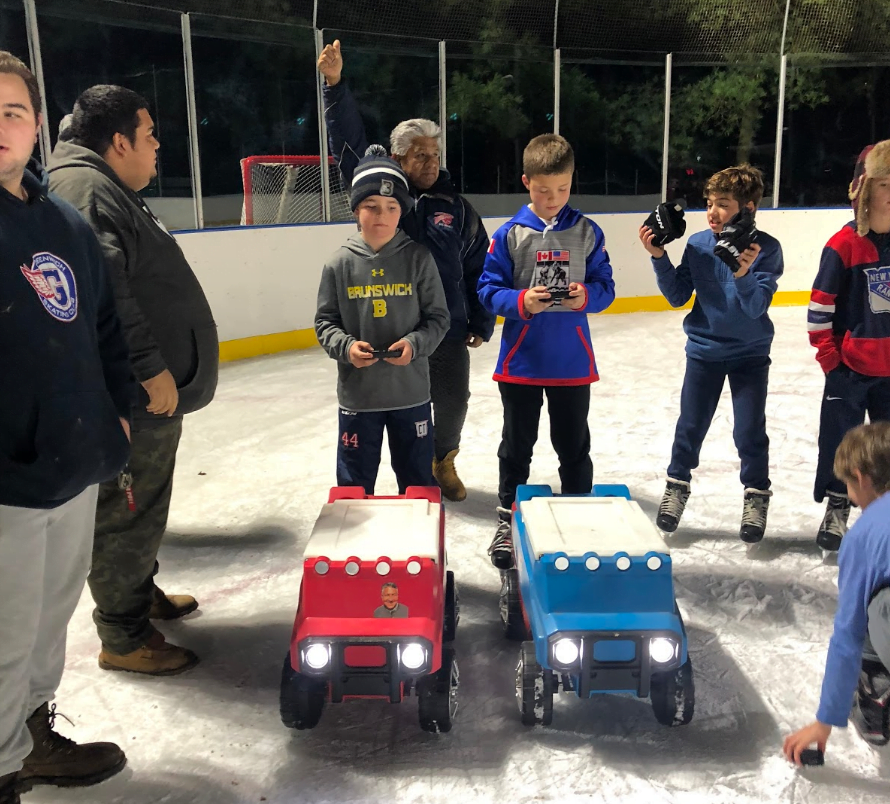 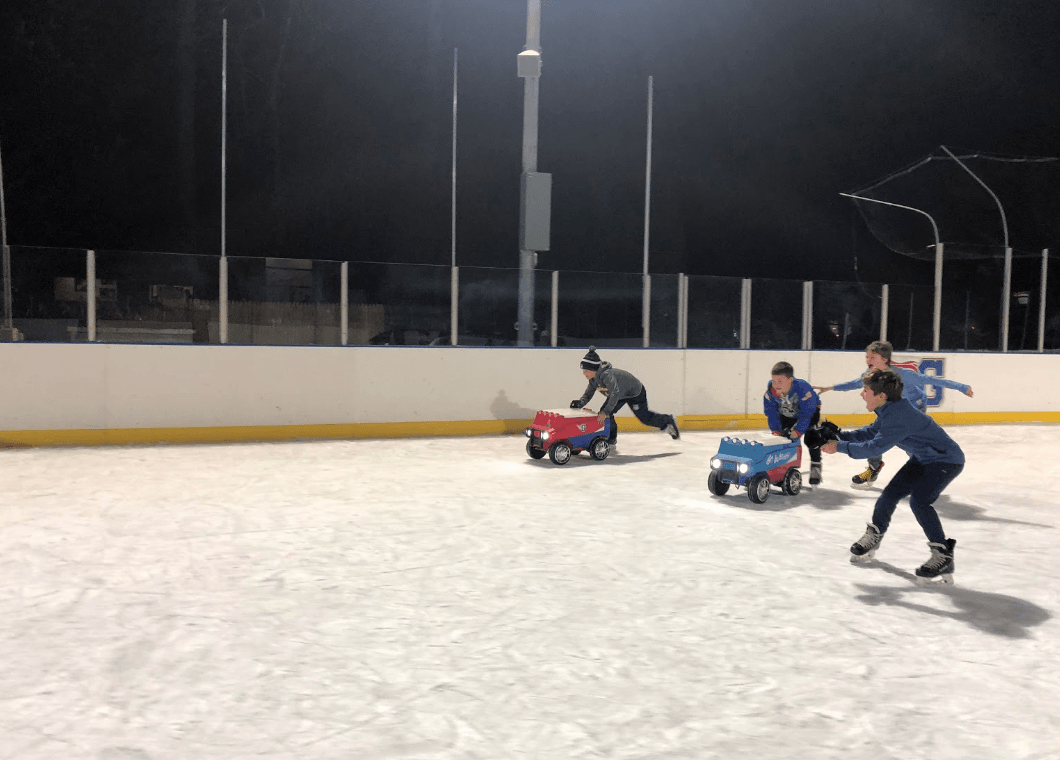 Nick and James push their zambonis around the rink while friends cheer them on. Photo: Avery Barakett 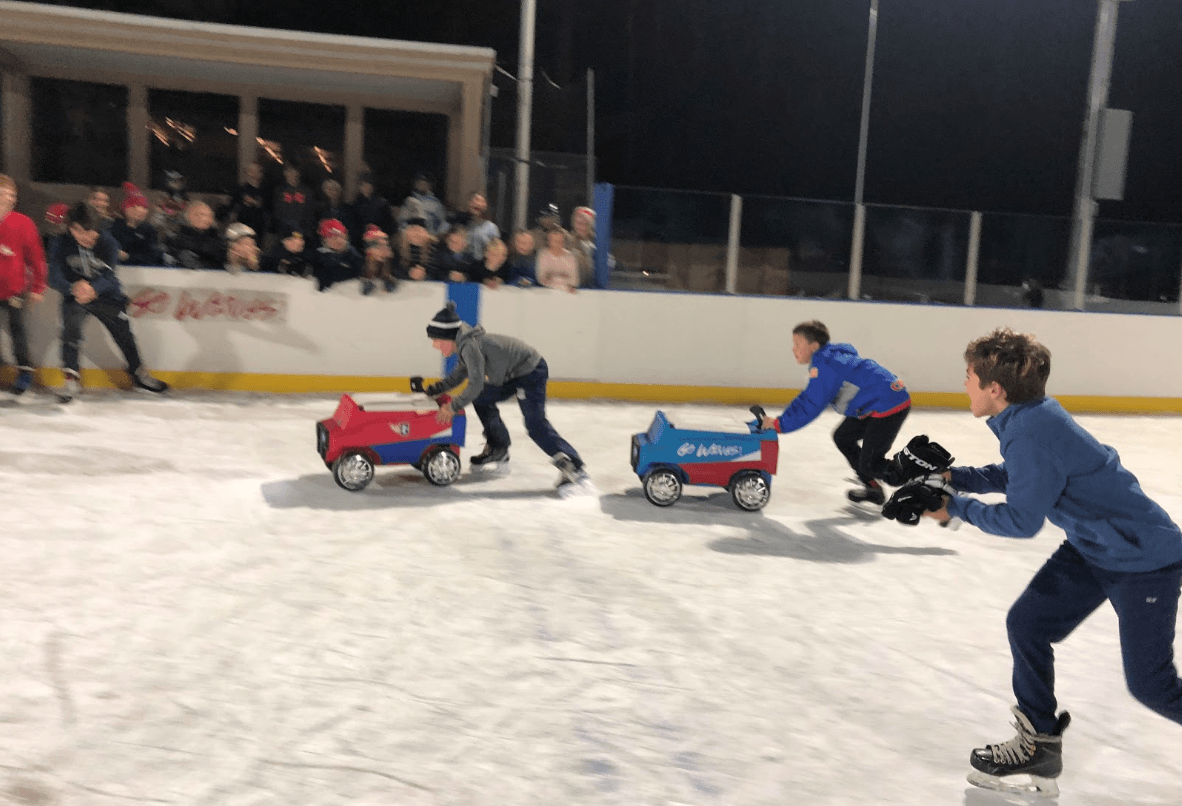 Nick and James nearing the finish line while other competitors watch from the benches. Photo: Avery Barakett

The race began with both participants using their controllers, but when one of the controllers stopped working, both competitors were told to push the mini zambonis around the rink. The crowd erupted with cheers as the two boys began to skate towards the finish line. It was a close race, but Nick Warden crossed the line a second before James Higgins. 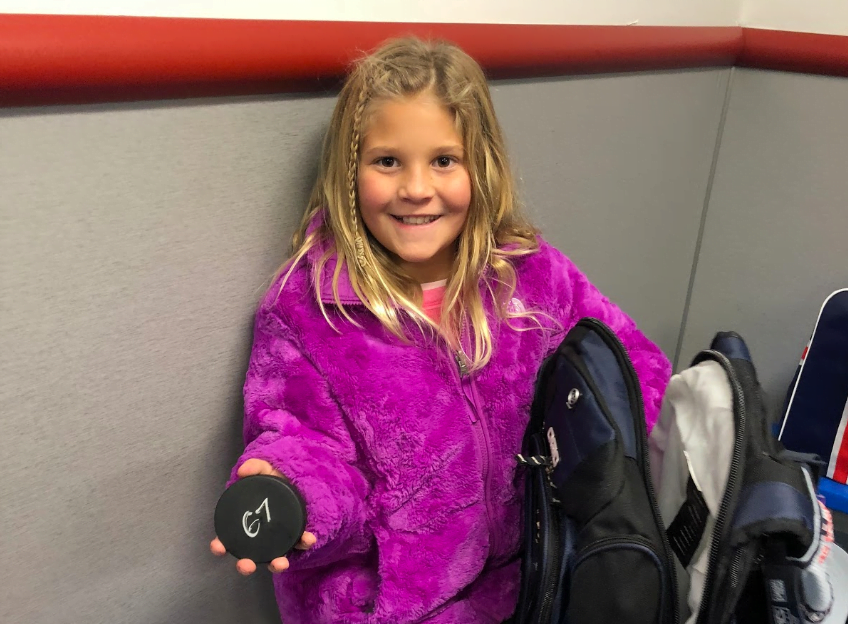