The event, which was organized by John Unger, Richard Fulton, and Brent Brower, included a “meet and skate” with NWHL player and club coach Hanna Beattie. Players from current girls teams at the skating club were also on the ice to help demonstrate drills for the newer skaters.

“The whole idea behind the open house was just to get girls started in hockey,” Unger said.

He explained that “the biggest barrier for girls hockey is just getting the players started and figuring out all the equipment.” Mr. Unger went on to say that both of his daughters play hockey and that playing has been “one of the most fun experiences for them,” adding that there is “so much camaraderie in girls hockey.”

Parents and players who were new to hockey were instructed on how to pick out and put on equipment while coaches waited by the locker rooms to help lace skates. As the girls took to the ice, parents – and even pets – looked on from outside the rink while enjoying coffee and snacks.

Skaters at the event came from a variety of experience levels, but all of them were able to partake in the drills with the help of the coaches and players.

The event was free to attend, and the hour and fifteen minutes of skating was followed by snacks. While the girls skated, parents talked to coaches about how to get involved in the girls hockey program at the Greenwich Skating Club. 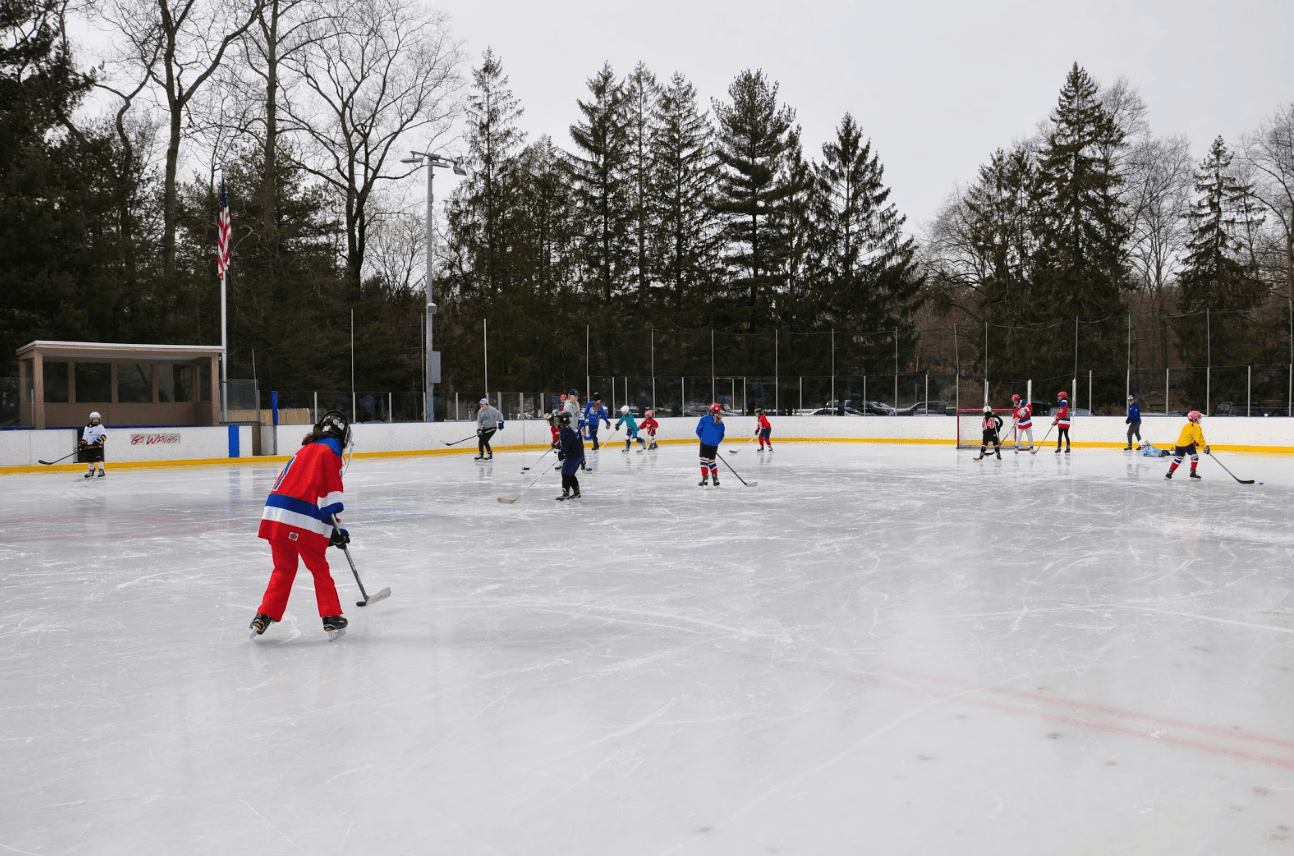 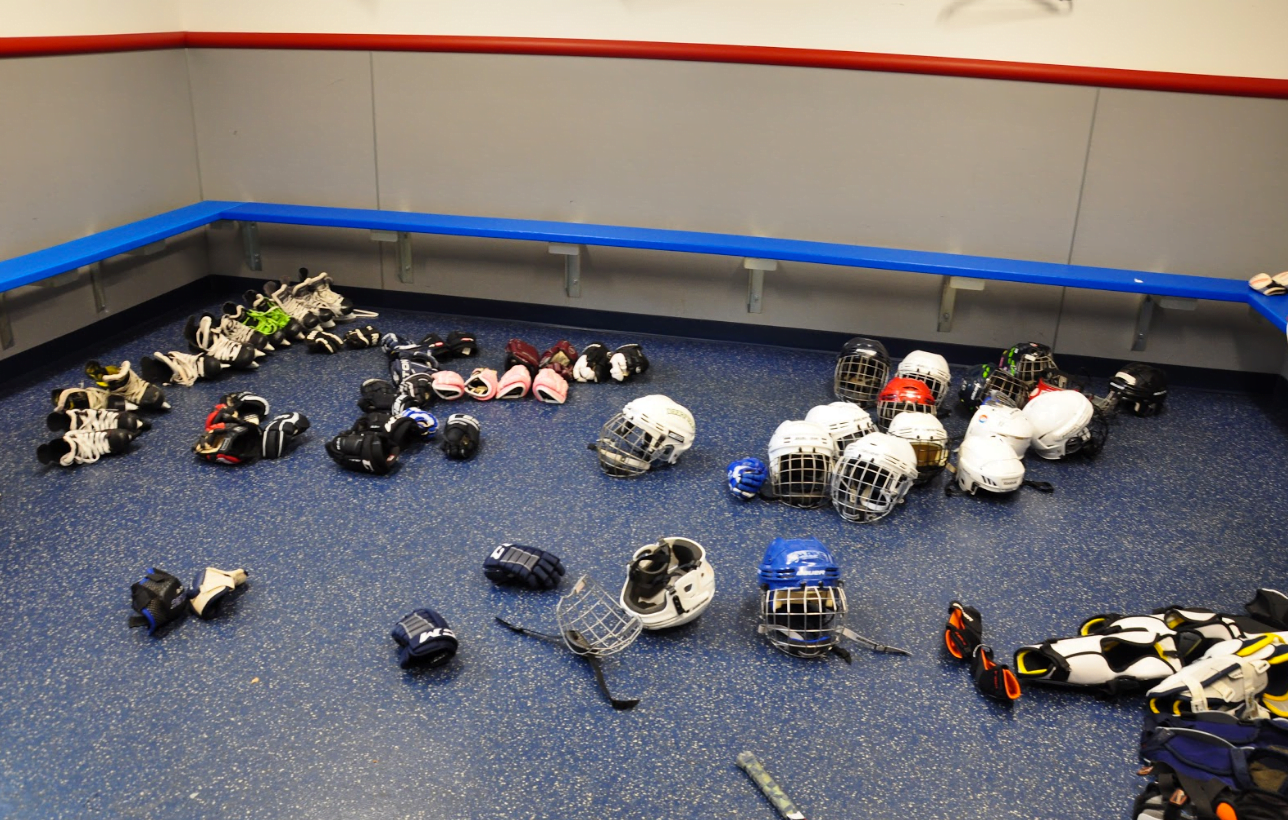 Donated equipment was provided so that players would not have to invest in a full set of equipment without being sure that they wanted to play. Photo: Avery Barakett 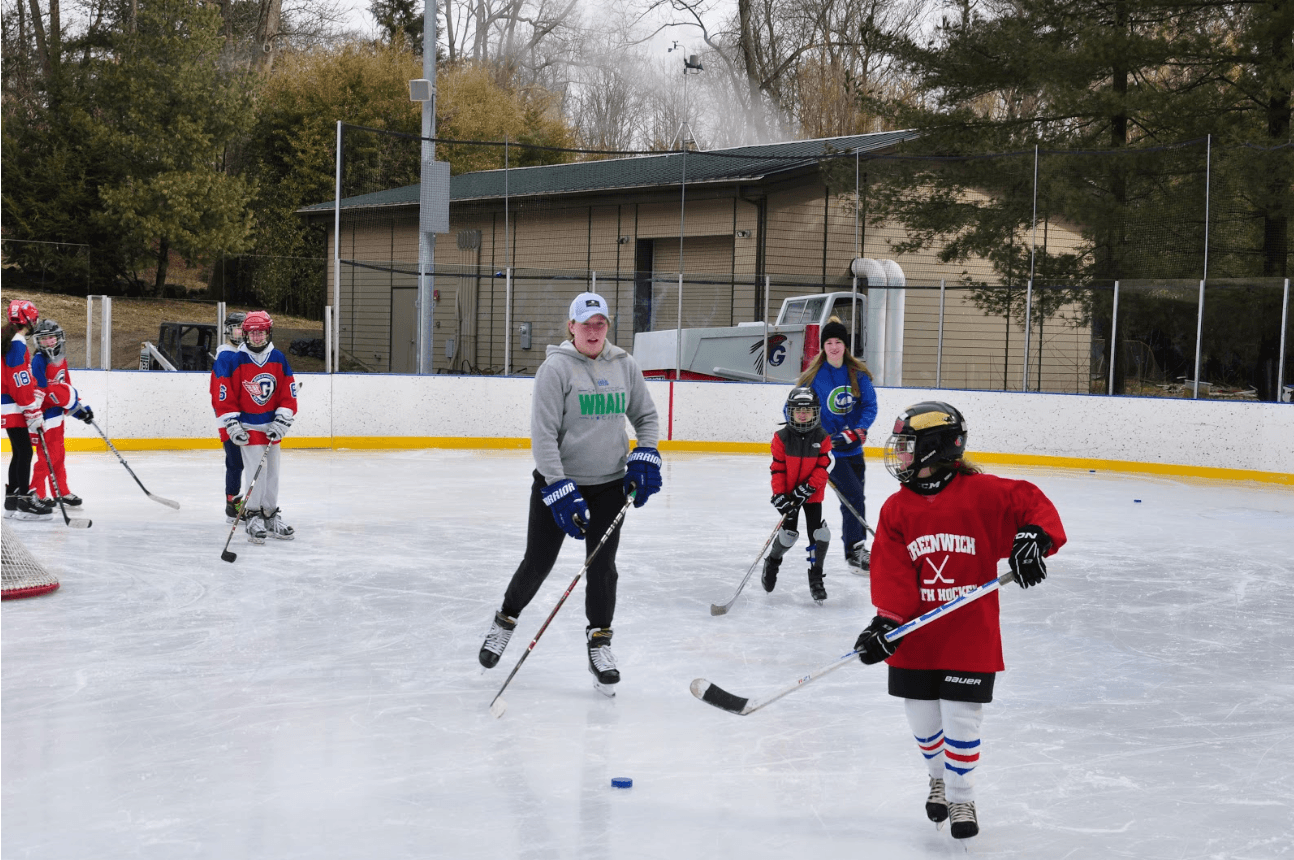 NWHL Players from the Connecticut Whale explained the drills to the skaters. Photo: Avery Barakett 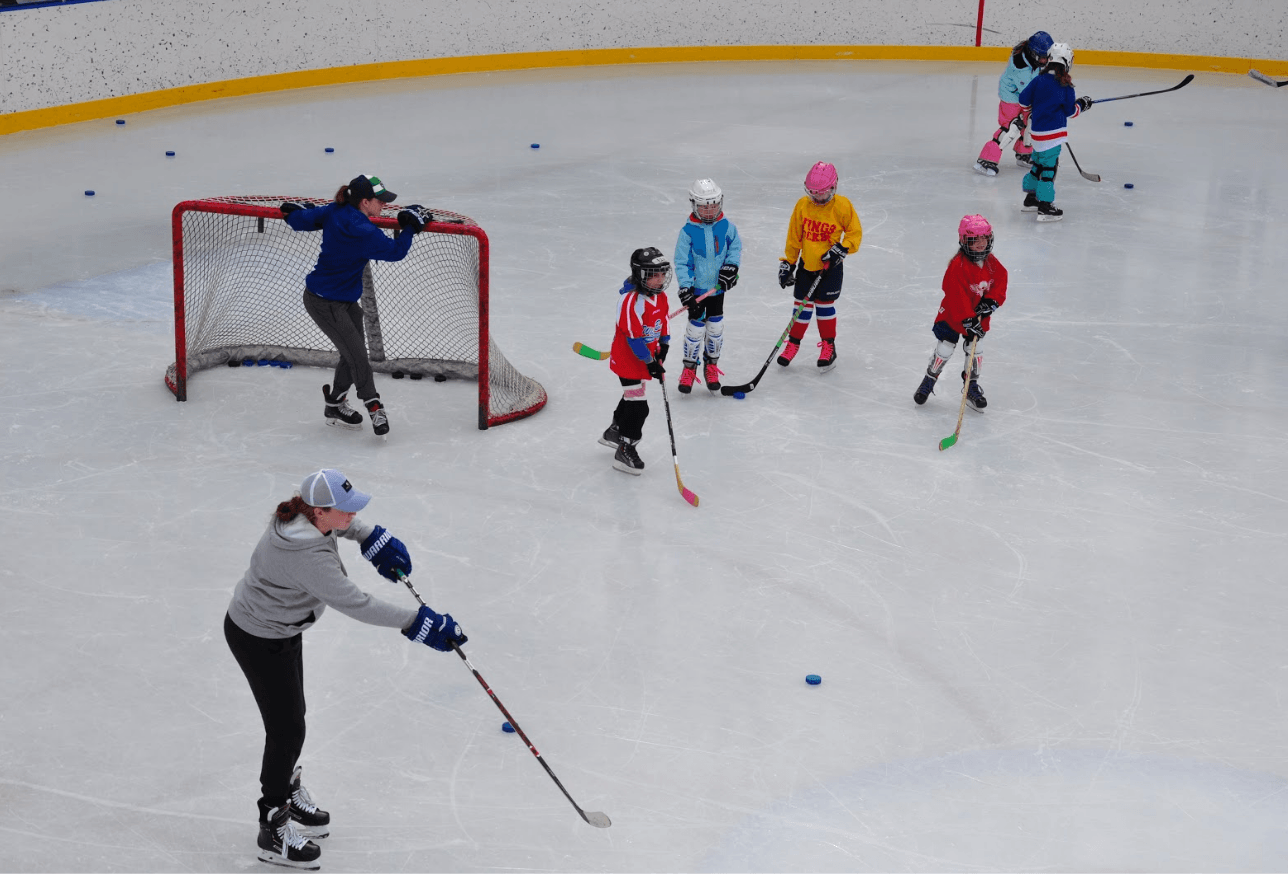 One coach moves the net in preparation for a drill while another passes with a skater at the Greenwich Skating Club. Feb 23, 2019 Photo: Avery Barakett 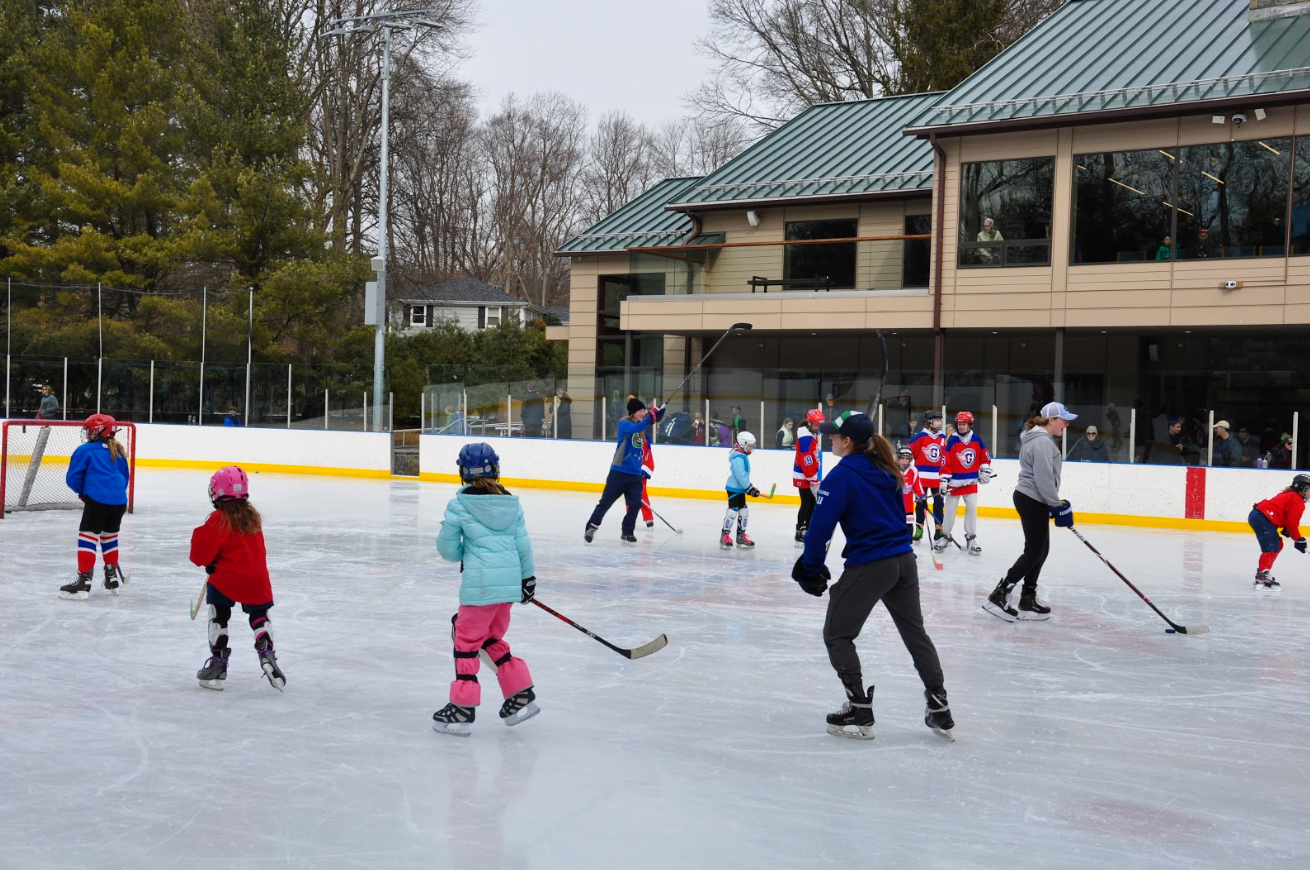 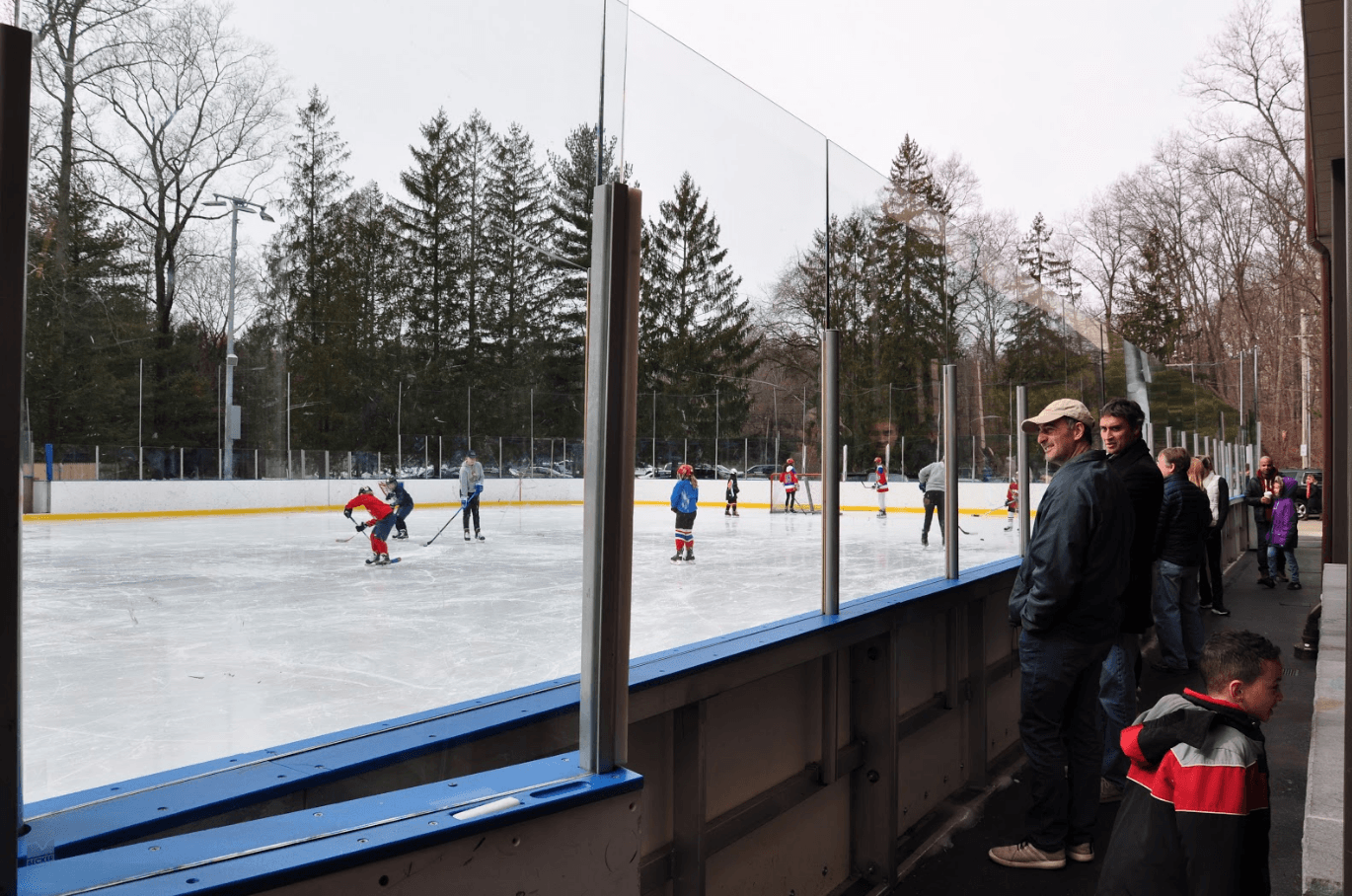