I was eight years old and scared out of my mind when I picked up my first chess piece while attending primary school in England. At the school chess club, our coach, an intimidating Russian with a long name I could hardly pronounce, would tower over me and snap whenever I forgot how a piece was supposed to move. “Bishop—diagonal!” he puffed, his face etched with a scowl: “Right! Now!”

As the pieces clicked between my fingers, I asked myself what I was doing in the club at all. I could never have imagined at the time of my first encounter with chess that it would later have as big of an impact as it did on my life. On the contrary, I was absolutely convinced that the world itself was some kind of psychopath toying with me and seeing what would happen if it sat me down at a 64-square checkered board against an intensely passionate chess enthusiast. 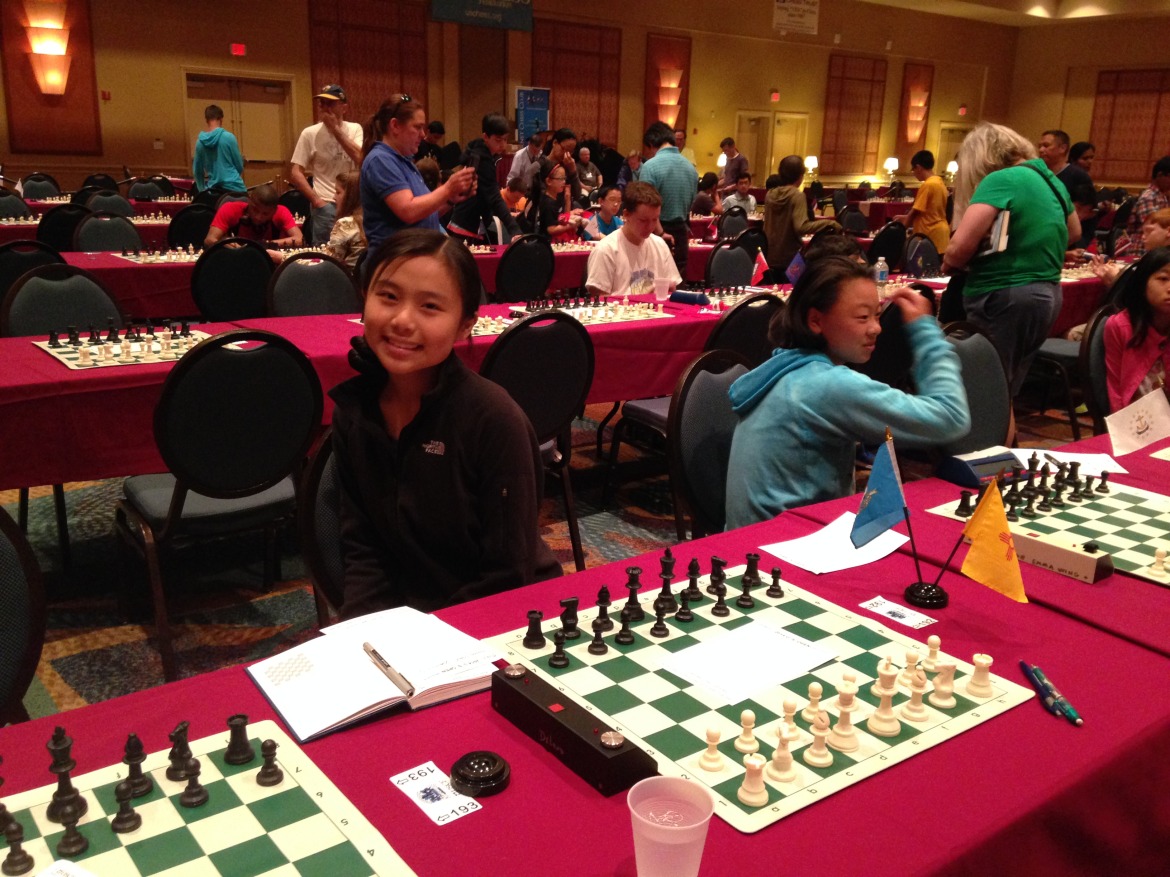 In July 2014, I got the opportunity to represent CT in the National Girls Invitational Tournament for chess. This photo was taken before Round 3 in the NGIT venue in Orlando, Florida. Credit: Katherine Du.

I could easily make the boastful claim that it was my childhood tenacity that motivated me to persevere with the game, but in reality the reason was my unashamed determination to prove someone wrong. A couple of weeks after joining the chess club, I noticed a boy in my form had started paying me special attention. At first I thought he had just taken a naïve interest in me, but I realized just how wrong I was when one day I heard him joking to his friends about the girl who was stupid enough to come to the chess club, thinking she might actually stand a chance against the boys.

After hearing his words, I felt a profound sense of division from members of the opposite sex for the first time in my life. The moment I heard that boy express his complete disregard of my abilities because I was a girl, a part of me broke inside. Little did I know that this division would become a recurring theme in various other activities in which I took part, with fencing, debating and running for mock elections where there were all-male line-ups being just a few clear instances.

It was then that chess became my way of mentally toughening up. The game’s imaginative hotpot of tactics, logically thought-out strategy, risky opening gambits, finely constructed pawn formations and tricky-to-solve puzzles were as endless as they were increasingly challenging. Though I started out playing the game as little more than a semi-coerced novice, after a few months of dedicated practice at the school chess club, I gradually became someone stronger in the shattered places. 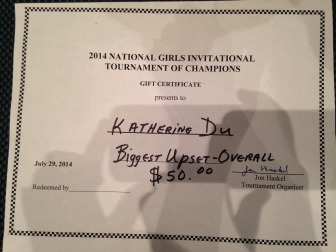 I defeated Claudia Munoz, the current US Girls Chess Champion, in what turned out to be the biggest upset of the entire 2014 NGIT. I won a total of $100 for it. Credit: Katherine Du.

Even after defeating the boy who had unknowingly kickstarted my chess career, I was still not satisfied with where chess had taken me. I wanted something more from the game, something that a school club was simply not equipped to give me. As a result, I sought private training sessions with a chess coach. Right from the start, I found my coach’s transparent love for the game contagious. He inspired me to not only convert chess from a casual pastime into a lifelong interest, but also think of chess as a subtle force that could help me better myself in all kinds of ways in my everyday life. 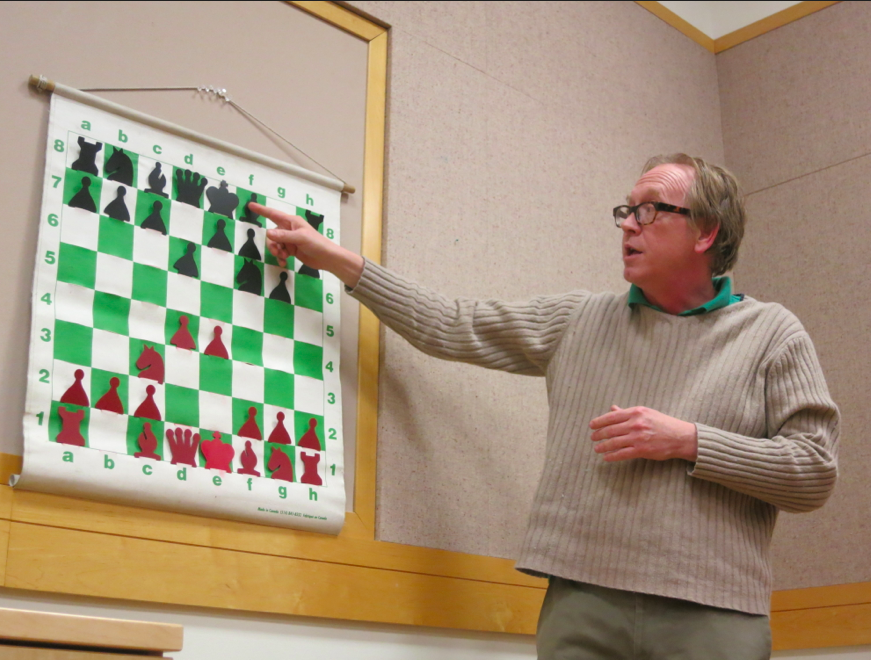 It would, however, be over-simplistic to say that chess is in any way perfect. The fact that tournaments are still frequently separated by sex reveals something ugly about the current culture of the game, as is the fact that Judit Polgár, the strongest female player in history, is commonly (and mistakenly) thought to have only reached the chess heights she did because of the extraordinary educational experiment under which she and her two sisters were raised.

Yet even with the existence of so much pent-up sexism in the chess world, I remain confident that chess itself can be an influence for the promotion of honesty and integrity, bold decision-making, positive planning for the future, and social responsibility. As high-flung as all this may sound, chess is a unique way of quantifying unbridled thought. The 288 billion possible positions after the first four moves of a game go a long way in showing how incredibly intricate and boundless chess is. 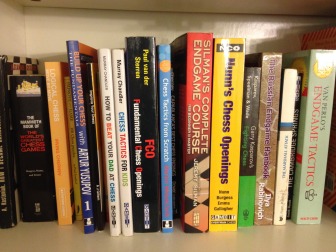 A few of the countless chess books I’ve collected over the years. Credit: Katherine Du.

In a world where information is only a fingertip’s touch away, human-to-human chess contests are a rare but desperately needed source of intellectual freedom. In competitive play, no beeps or flashy ringtones are permitted to disturb a game. Instead, in silence, players are left wielding only their thoughts as weapons against one another. In the midst of a chess match, status and gender simply melt away. The chessboard is a level playing field depending purely on the ideas of the two opponents, who totally absorb themselves in a make-believe world that in principle mirrors real life and is neck-high in analysis, risk, and calculation.

It suffices to say that this wonderful and enigmatic game has transformed me. It has given me psychological strength. It has made me proud to be the only girl in the room. It has taught me that there is usually more than one solution to a problem. It has made me into a player who views defeat as a greater gain than most wins, as learning from your mistakes is a sure path to self-improvement. For all these reasons and so much more, I thank you, chess.