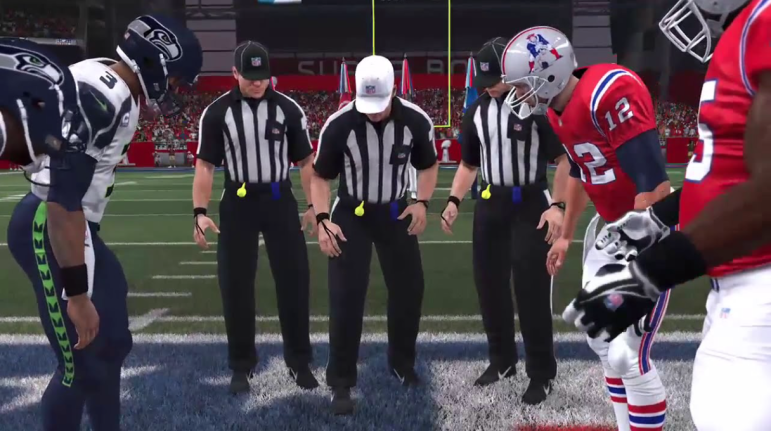 (And no, “wardrobe malfunction” or “power outage” are not acceptable answers; although they are two of the more interesting prop bets available).

The Super Bowl isn’t just the biggest football game of the year, it’s the most-watched TV event of the year, so chances are, you’re probably watching the Big Game on Sunday. The commercials are entertaining, and parties are always fun, but what do you do when it actually comes to picking a team and rooting? Being from Greenwich means if you’re not a Patriots fan, you might like the Jets, the Giants, or for some incomprehensible reason, the Cowboys, but none of those guys are in it. If you haven’t followed the Seahawks or Patriots all year, and want some help picking a team, let this be your guide.

It might seem like a no-brainer at first: just go geographically. “The Patriots are from New England, the Seahawks from Seattle, so it’s settled. Let’s go Pats!” But depending on who you ask, Greenwich may or may not actually count as part of New England. It’s closer to New York, really, which would make it part of the tri-state area. So that’s out.

Next up, head coaches. Would you prefer to root for a team led by a man more aligned with The Art of Zen and Buddha, or one that quotes from The Art of War and leads like Machiavelli? The first choice is Pete Carroll, the gregarious coach of the Seahawks, the second, Bill Belichick, cunning Patriots General.

Maybe you don’t want to play “follow the leader” and pick based on the coaches. So we’ll move on to the quarterback conversation. The game features golden-boy Tom Brady throwing for the Patriots, and the understated Russell Wilson juking and jiving for the Seahawks. If you’d like to live vicariously, go with the fame, fortune, and ridiculously gorgeous wife of Tom Brady. But if your eyes are green with envy, it’s understandable to cheer Russell Wilson on.

Sticking to the actual rosters, both teams have guys with extraordinary nicknames. Which sounds better to you? “The Gronk” or “Beast Mode?” (neither of which is being used pejoratively). Going with “The Gronk” means you’re pulling for Patriots tight-end Rob “The Gronk” Gronkowski. Siding with “Beast Mode” has you going with the Seahawks reticent running-back Marshawn Lynch, aka “Beast Mode.”

We could also ask what the number “12” means to you. If it leaves you hoping the refs don’t weigh the balls carefully, you want the Patriots. It could also remind you of the power of having a fanbase so devout, they act as a “12th man” on the field, in which case, you want the Seahawks.

Stepping away from the field, we could narrow it down with pop culture. Do you like Tom Hanks in Sleepless in Seattle, or Mel Gibson as The Patriot? Ok, maybe that one was too basic. Let’s go with music. Are you more comfortable rocking out to Nirvana and Pearl Jam, or jamming along with O.A.R. and Dispatch? Nirvana, Pearl Jam, and “grunge” were born in Seattle, O.A.R. and Dispatch provided the soundtrack for teens living in late ’90s New England.

So there you have it, your list of irrational reasons to justify which team you decide to root for. Just make sure it has nothing to do with Roger Goodell.