CODA, which is short for Co-Occurring Disorders Awareness, springs from the correlation between mental health and substance abuse. She decided to start the club, which had 14 members at its first meeting, after connecting with Stephanie Marquesano.

Marquesano’s son, Harris, suffered from anxiety and ADHD. In fact he was diagnosed at just 3. Essentially self-medicating, Harris started smoking pot in middle school, according to his mother.

“He started having psychotic breaks at the end of 8th grade,” she said. Down the road he was in several rehabs, and sadly, at 19, at a high school party he took pills, accidentally overdosed and died.

Marquesano started The Harris Project to bring co-occurring disorders into the light and start a conversation. “It’s important to know how to recognize the onset,” she explained. “What you see on the outside doesn’t always match what’s on the inside. Educating people will be the game-changer.”

“In the US 9.2 million people meet  the diagnosis for Co-Occurring Disorders,” Marquesano said. “Saying no is not enough. You have to say why.”

On her part, Braverman said, “I see it here at GHS. This is something my school needed. At our first meeting last week, people shared stories. We talked about the correlation of addiction and depression – It really resonated with people.”

Braverman said the club’s mission is to de-stigmatize youth mental health and substance abuse, which are often linked, and raise awareness for co-occurring disorders. The club  advisor is Dr. Jeffrey DeTeso, a psychologist at Greenwich High who also maintains a private practice.

Braverman said she is excited that CODA is bringing a Youth Mental Health First Aid Certification to Greenwich High School this spring. She said the GHS administration has been very supportive. 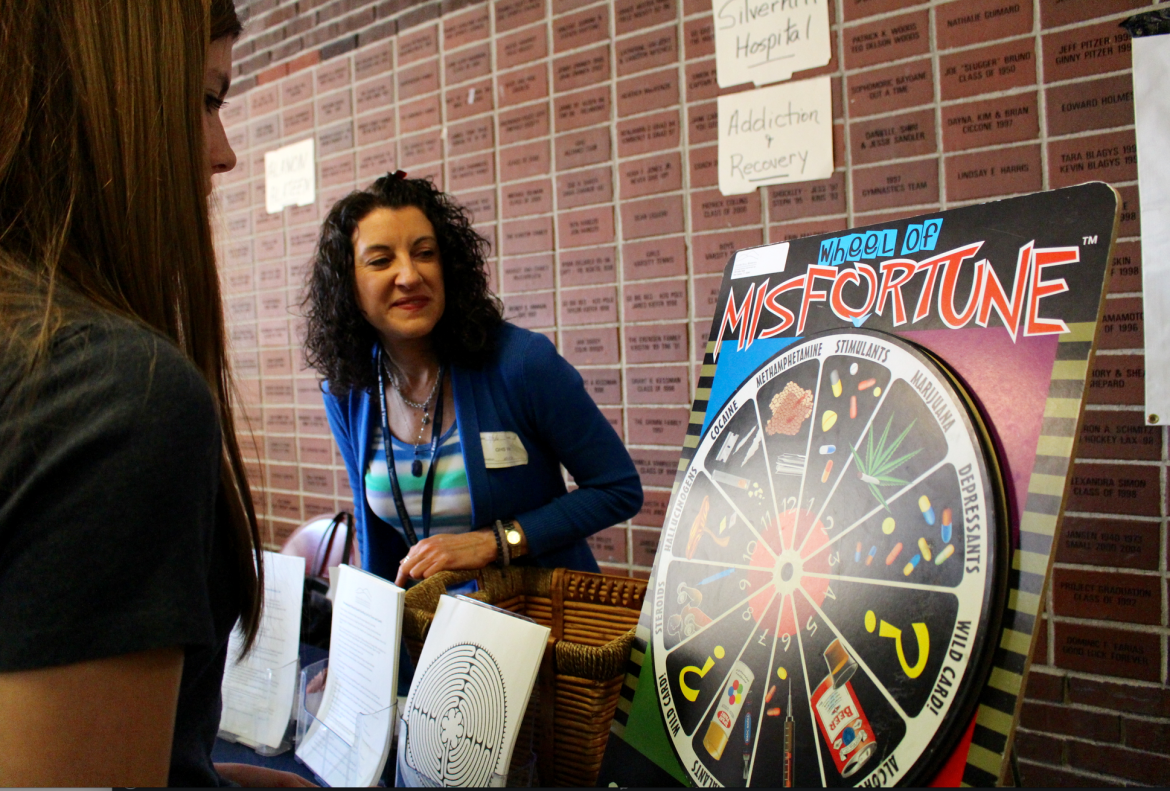 At the Silver Hill Hospital table at the health fair, students took turns spinning the wheel of misfortune. Some of the substances featured on the wheel included marijuana, stimulants, methamphetamine, cocaine, hallucinogens, steroids and inhalants. Students spun the wheel and when it stopped, they received some fun facts about the substance.

At their Liberation Programs table, Maggie Young and Dennis Bludnicki said they ewre excited about the research project they’re doing with the town of Greenwich.

“In partnership with Social Services and director  Dr. Allan Barry, Liberation is working on the project to determine the extent of substance abuse and how it is effecting residents in Greenwich,” Young said. “This is a pretty aggressive six-week study to see what’s happening and be of help. With the scale of the Heroin epidemic, if we can save just one life we’re on the right path” 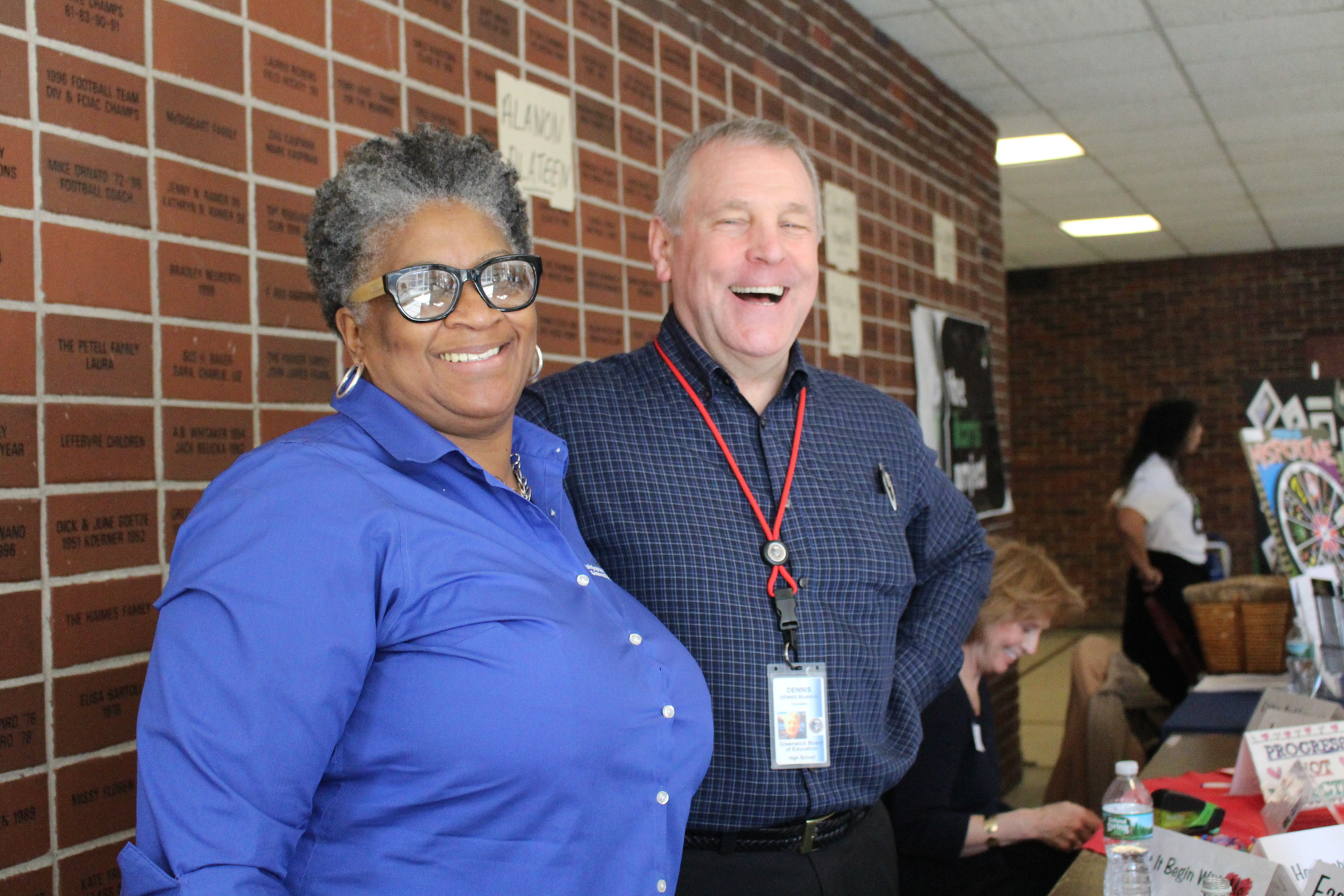