The first Father’s Forum of the year featured speaker John Hamilton, a licensed family therapist and CEO of the Resource Recovery Network.

While the talk was directed to Greenwich fathers, he said parents, police and schools all must work in concert, and that parents unwittingly contribute to their children’s stress which can range from bad to toxic. In fact, the timing of the talk was notable given that the Stress Committee at Greenwich High School is creating a survey to pinpoint the sources of student stress. 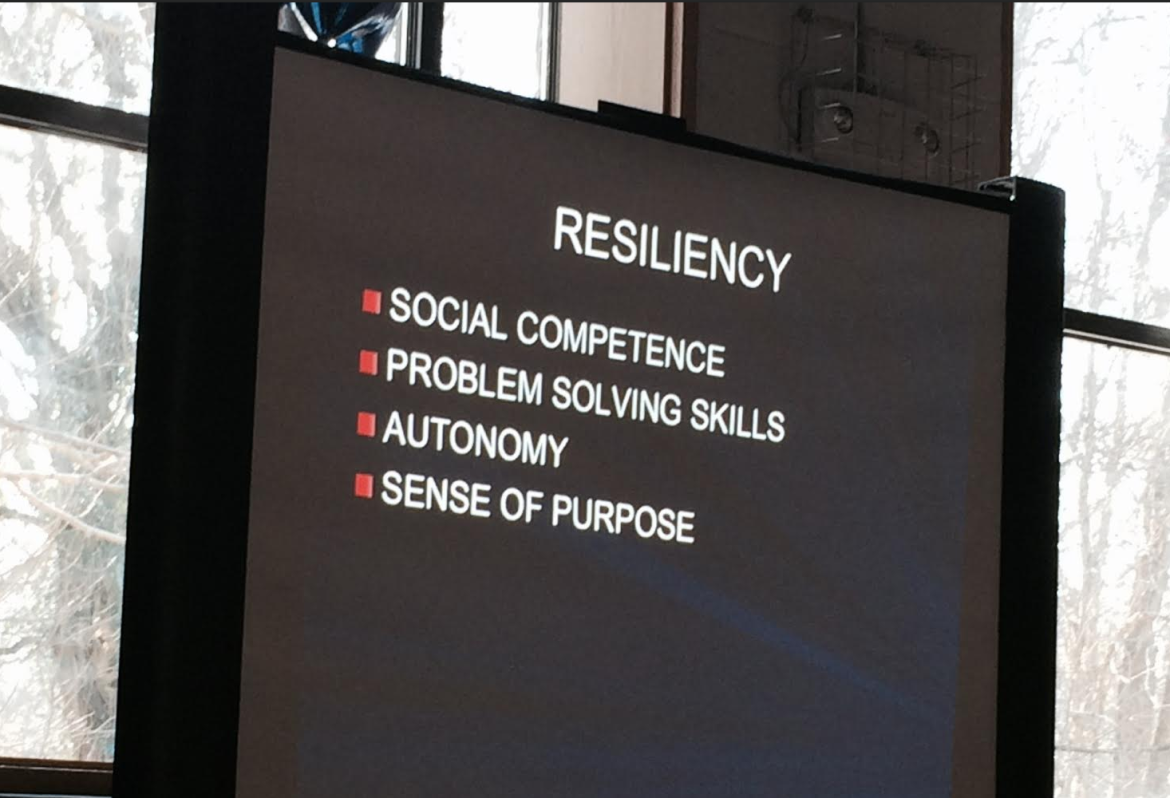 Lead by Example
Mr. Hamilton said that parents can help their children build resilience, which reduces their risk for a drug addiction.

“If you can keep your house safe, your kid will grow,” Hamilton said. That’s emotionally safe, physically safe, sexually safe.”

“If you’re in conflict and you’re miserable and stressed out, that will directly impact how their children view the world….Lead by example. That’s your greatest strength. How parents relax, resolve conflict, deal with anger are all important messages for children.”

Connecticut is one of 16 states where opiate overdoses surpass car accidents as the number one cause of accidental deaths. Heroin in Connecticut can be up to 91% pure. Opioids can be cheaper than a pack of cigarettes.

Hamilton said only 50% of drug addiction is attributed to genetic factors.  “If you have a protective, supportive family environment, and a mom and dad who believe in you and support you, you can build the resilient capacity in your brain,” he said.

In Connecticut, last year there were 485 opioid overdoses. Every town in the state was impacted. No town is immune. Ridgefield alone had 13 overdoses last year.

Heroin addiction is on the rise because it is both cheap and pure, and, according to Mr. Hamilton, because of the persistent stigma and shame of a young person dying of drug oversdose – especially or heroin overdose – often the cause of death is kept out of the press. He said that some overdoses result from the combination of opiates with Valium, Xanax or Klonopin.

Also, according to Hamilton, young people consider snorting heroin as benign compared to shooting up. The opposite is true. “It moves them to the major leagues of addiction,” he said. “If you see a person die at a young age, there is a good chance that it was an opioid overdose.”

Hamilton said that last year in the US, there were 207 million prescriptions issued for opiates. That is equivalent to a prescription for Oxycodone, Vicodin or Percoset for two out of every three people. 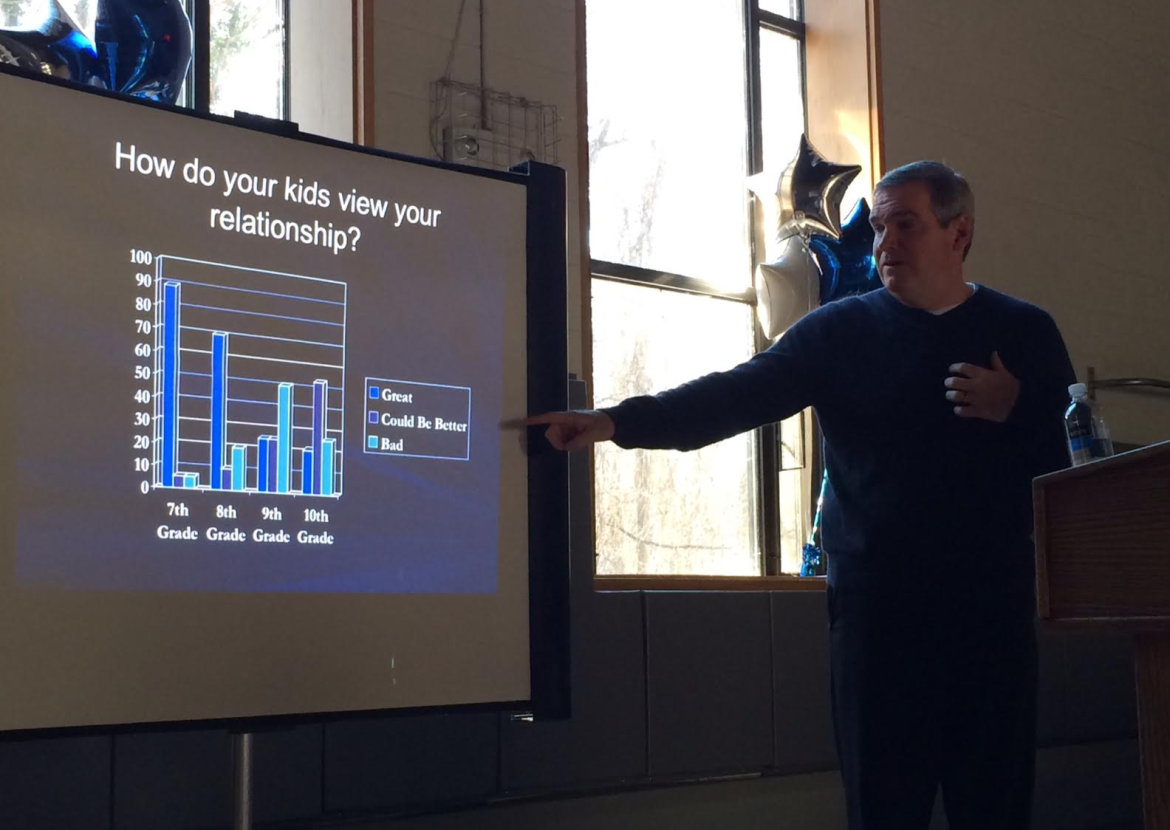 Meanwhile, Hamilton said right around the time teens are most vulnerable, their communication with parents drops precipitously.  He referred to a recent study by a graduate student intern who interviewed 400  kids on Greenwich Ave about their relationships with their fathers.

Hamilton said kids start to become exposed to drugs and drinking between 7th and 9th  grade. He said a UConn study revealed that the average age of the first drink in Connecticut is 11.7 years old. He said early drinking impacts the brain’s hard wiring – its Neuroplasticity – creating an artificial Dopamine kick –  Dopamine is a neurotransmitter that helps control the brain’s reward and pleasure centers – and impacts the child’s ability to experience relationships and love. 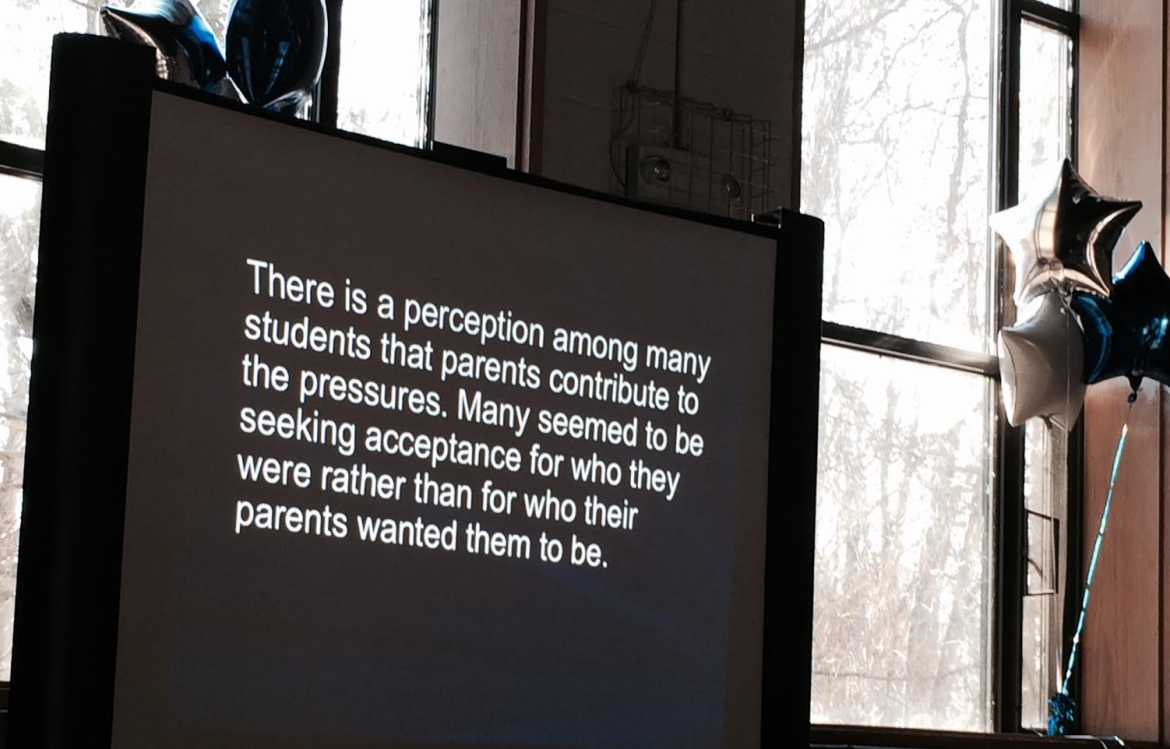 When Parents Contribute to Teen Stress – Affluence as a Risk Factor
Hamilton referred to a series of focus groups in Westport where parents expressed concerned their children were under too much stress.

The focus groups revealed that the  teens felt their parents had set the bar too high. He said if parents went to the Ivy League, or had amazing success in their careers, their teens said achieving anything less felt like failure.  He said the message is that being normal is not enough.

“Schools say, ‘We’re in loco parentis, but we’re not the parents. We can’t do the damage control when things are not working well at home,'” Hamilton said. “Parents control that first level of community – providing a safe home.”

Alexithymia – Kids who survive by shutting down emotions and feelings, often because their environment at home is not safe.

Hamilton said in any grade school, teachers can spot anxious, stressed-out looking children who insist they’re fine, but are disconnected from their emotions. He said Alexithymia refers to children who shut down their emotions and are unable to identify or describe their feelings.

Increased exposure to drugs and Toxic Stress both increase risk of drug abuse. Binge drinking before 14 results in a 40% chance of having a problem with alcohol later in life.

The top five responses children gave when asked what they want from their parents in the study on Greenwich Avenue were: Trust me more, be home more, be more understanding, spend more time together, and communicate more.

“Quality time is inherently embedded in quantity time. It’s great to do things with kids on the weekend, but don’t be a ‘Sunday Uncle.’ Kids need you just as much on a Thursday night as a Sunday,” Hamilton said.