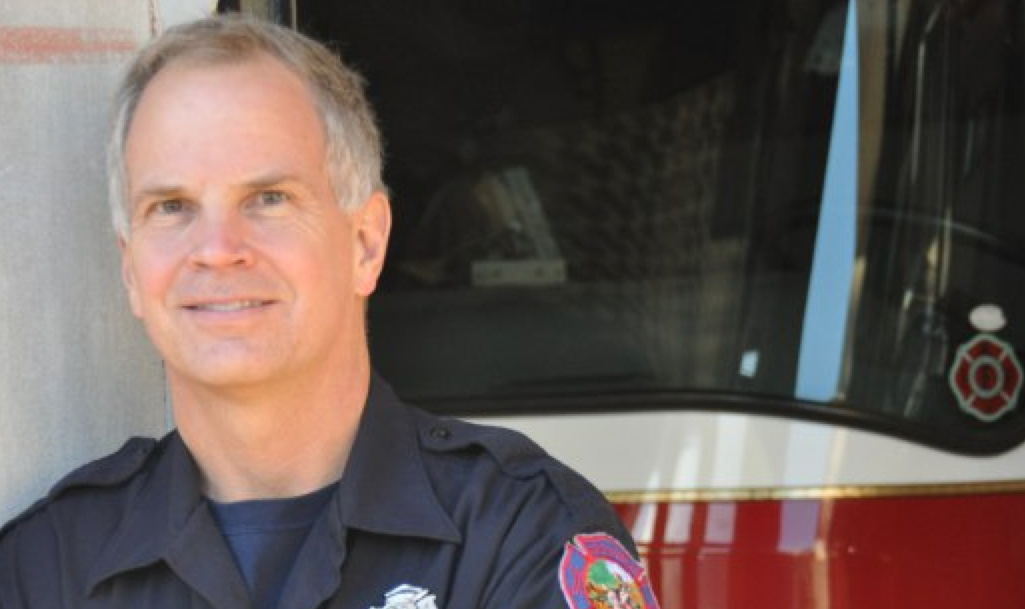 A recent roundtable discussion on the heroin epidemic and Narcan, an antidote for heroin overdoses, was organized by Greenwich firefighter, Kevin Coyner.

The July 10 panel included Courage to Speak Foundation‘s Ginger Katz who visited Greenwich High School this spring, sharing the story of her son Ian’s death at 22 from a heroin overdose. 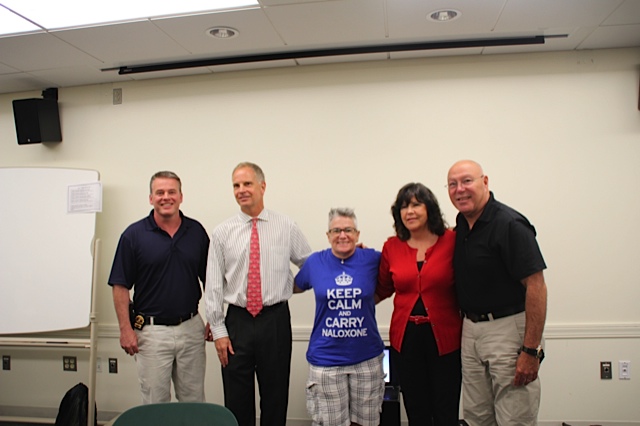 Though in the 70s heroin was commonly associated with back alleys and the most alienated members of society, the drug has made a comeback and this time it does not discriminate in terms of race, socio-economic status or age, claiming lives in Greenwich as well as dozens of other Connecticut towns.

While headlines often feature the younger lives lost, Coyner, a Democratic candidate for State Representative in Fairfield’s District 132, pointed out that statistics from CT Chief Medical Examiner would suggest that middle-age white men are impacted more than other age groups.

Narcan: Approved for First Responders in CT
Coyner said that when he first had the idea for a heroin-themed roundtable his goal was to raise awareness of the epidemic and add push for Narcan to be available to first responders.

But before the July 10 panel convened, the CT Dept of Public Health approved (June 14) Narcan for first responders.

Still, Coyner said, work needs to be done to that end.

Though the state’s green light was immediate, on a local basis, adding the kits to fire trucks and police cars is contingent on the approval of a sponsoring hospital. In Greenwich would be Greenwich Hospital, and EMTs would have to be trained and operate within the hospital’s clinical guidelines.

In Greenwich the GEMS parademedics are authorized to administer Narcan, but, said Coyner, “Cops don’t and firefighter don’t either. Whether they will is up to individual municipalities,” he added. “I hope that we in the fire department get Narcan.”

While much of the roundtable discussion involved scenarios where a family member struggles with a risky addiction, it is some comfort that family or friends can go to a physician and get a prescription for Narcan and not be held legally liable. Narcan is easy to administer. Naloxone or “Narcan,” can be administered through an injection or via a nasal spray.

“You can get prescriptions for it if your loved one or roommate is an addict. But Narcan on its own is non-harmful and non-addictive. It does nothing for you except override an overdose,” Coyner explained.

Coyner explained that Narcan will wake a person but they may be in some form of cardiac or respiratory distress and need life support that EMS or firefighter can provide.

“You also have cases where they’re coherent, awake, and don’t want any more medical treatment,” he said.

“The successful number of recoveries is staggering.” – Greenwich firefighter Kevin Coyner on Narcan, the heroin overdose antidote he wants to see carried on firetrucks.

“Narcan is a way of saving lives but it still doesn’t address the pervasive problem,” Coyner said of heroin and opioide addiction, which he said often starts innocently, after an injury or recovery from a surgery.

Coyner had surgery on his heel and was prescribed oxycodone. He said his wife had a very similar surgery in Poland where she was prescribed a non-addictive pain reliever, which he described as an equivalent of Motrin.

“We need to explore how available opioid-based medication are available to the public,” Coyner said, adding that last year the state instituted the CT Prescription Monitoring Program for Schedule II to V drugs. Coyner said the idea of the database is to prevent doctor shopping or prevent doctors abusing their privileges, but that participation in the program is voluntary.

“It’s just so much less expensive to go to heroin,” Coyner said of the high cost of prescription painkillers. “That’s why we’re having a heroin epidemic.”

Coyner said that heroin related deaths in Connecticut were 174 in 2012 and 257 in 2013, and already in ’14 is on track for an even higher number. He added that there is also the challenge of preventing prescription abuse over the state line with Rhode Island to the east and New York to the west.

And while heroin grips addicts of all ages, Katz, whose son Ian died from a heroin overdose at 20, urges parents to be aware of what their children are being offered.

Reached by phone on Monday, Katz said she sees no downside to making Narcan kits readily available to families of addicts and emergency services professionals.

“When I found him that morning, he was still warm,” Katz said of touching her son Ian after he had died, implying that, perhaps, if she had had a Narcan kit, she might have revived him.

Katz’s advice to parents is to be of one mind when it comes to setting rules.

“The child goes to the weaker parent and it wreaks havoc, and doesn’t help the child at all,” Katz said about parents where one parent is more lenient.

“The child wants to continue to use, that perpetuates the addiction…If one parent is lenient about smoking pot or drinking alcohol and the other one isn’t, the message is not clear…Their brains are not developed completely until they are 24.”

“My son was asked to use heroin in his sophomore year of college by an addict who was a student in his dorm. This boy had free drugs as an introduction. My son got hooked. Know that the heroin addict is being used by drug dealers that permeate the colleges, high schools and even middle schools. And usually the first offer is free.” – Ginger Katz.

Katz’s advice is, “Follow the money you give your children. Know how much money they have in their pocket. When they go to college a lot of them have ATMs and you have to follow the money.”

More information on reversing a heroin overdose with Narcan is available online from the CT Dept of Mental Health and Addiction Services.