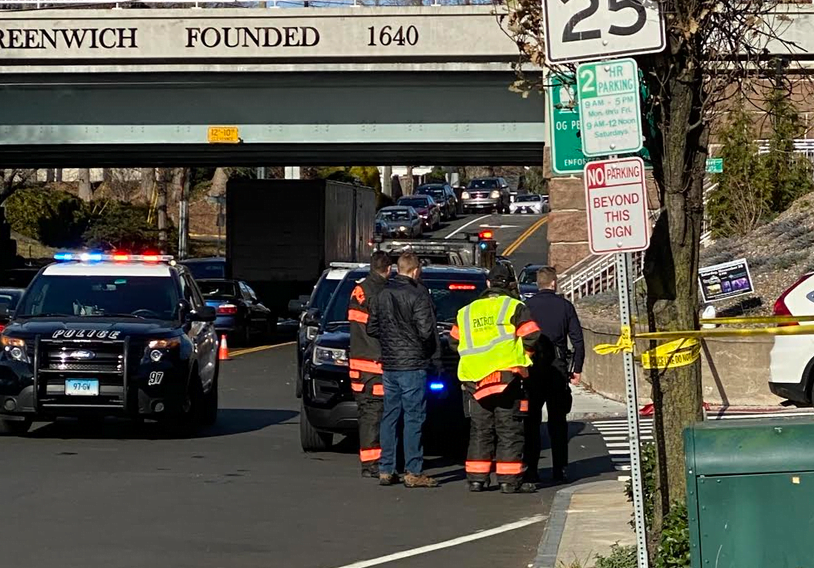 Greenwich Police released an update on the investigation into the incident on Nov 29, when Police, Fire, and EMS were called to Sound Beach Avenue on a report of a motor vehicle hitting a pedestrian.

The statement from Lt Slusarz on Friday morning said initial investigation determined that Regina Dowling, 62, was walking north on Sound Beach Avenue when she began to cross Station Drive South.

A 2015 Honda CRV was traveling south on Sound Beach Avenue being operated by an 82 year-old Greenwich resident. The CRV made a left turn onto Station Drive South and struck Ms. Dowling.

Ms. Dowling suffered serious injuries and was transported to the Emergency Room.

Between Nov 29 and Dec 6 Police asked media not to circulate graphic photos and video of the incident out of respect to Ms. Dowling’s family.

The driver of the CRV remained at the scene and is cooperating with investigators. At this time no charges have been filed as this is an ongoing investigation.

Anyone who may have witnessed the collision is asked to contact Officer Roger Drenth at (203)622-8014.