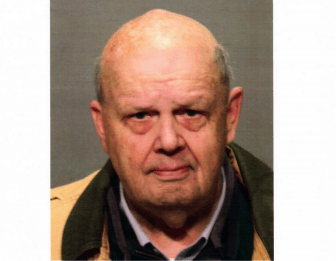 On January  9 Greenwich Police arrested by warrant Charles P Graves, 82, of Riverside in conjunction with the death of Regina P Dowling, 63, of Old Greenwich.

Graves had been operating his vehicle on Nov 29, 2019 on Sound Beach Ave in Old Greenwich when he improperly turned onto Station Drive South causing his car to strike Dowling as she was crossing the street in a marked crosswalk.

Dowling subsequently died from her injuries on Dec 5, 2019.

After an extensive investigation, a review of all evidence and consultation with the Stamford State’s Attorney’s office, Greenwich Police submitted an arrest warrant for Graves.

Graves was processed and released on a $10,000 court set bond. He is scheduled to appear in Stamford Superior Court on Jan 23, 2020.