Four new officers were sworn in at Greenwich Town Hall on Monday morning. First Selectman Peter Tesei pointed out that the four young men will  e joining a law enforcement family that is always willing and ready to respond and provide the same compassionate assistance to local residents that their brethren in Las Vegas did on Sunday night.

Police Chief Heavey said the officers endured a selection process second only to the FBI or CIA, including a written test, oral interviews, psychological test, polygraph test, and both medical and physical agility test.

“Now that they’ve done that, they’re challenged to do an outstanding job at the police academy over the next six months,” Heavey said, adding that form there, they will each be assigned to a senior field training officer to teach them the trade.

Officer Sean Beattie’s brother Ryan is also an officer in the Greenwich Police Dept. Chief Heavey said Ryan would be at town hall for the swearing in but he is away at “SWAT school” for special weapons and tactics training for two weeks. 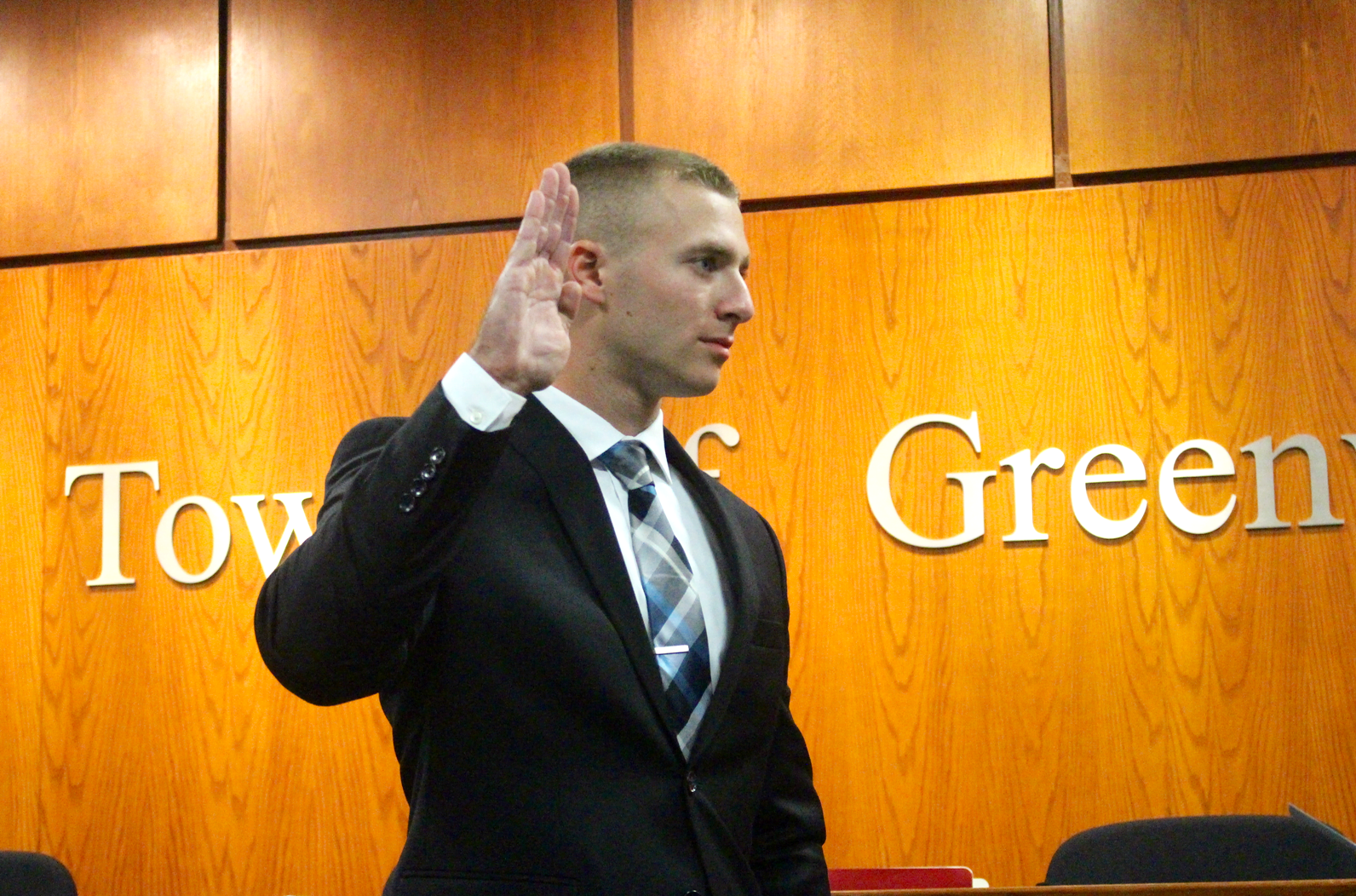 The younger Beattie lives in Greenwood Lake attended Dominican College in New York, where he majored in Criminal Justice with a minor in Psychology. Prior to becoming a police officer he was a police officer in Warwick, NY since 2014. Previously he was a dispatcher for the village of Greenwood Lake for 3 years. He is certified in CPR/AED/First Aid. 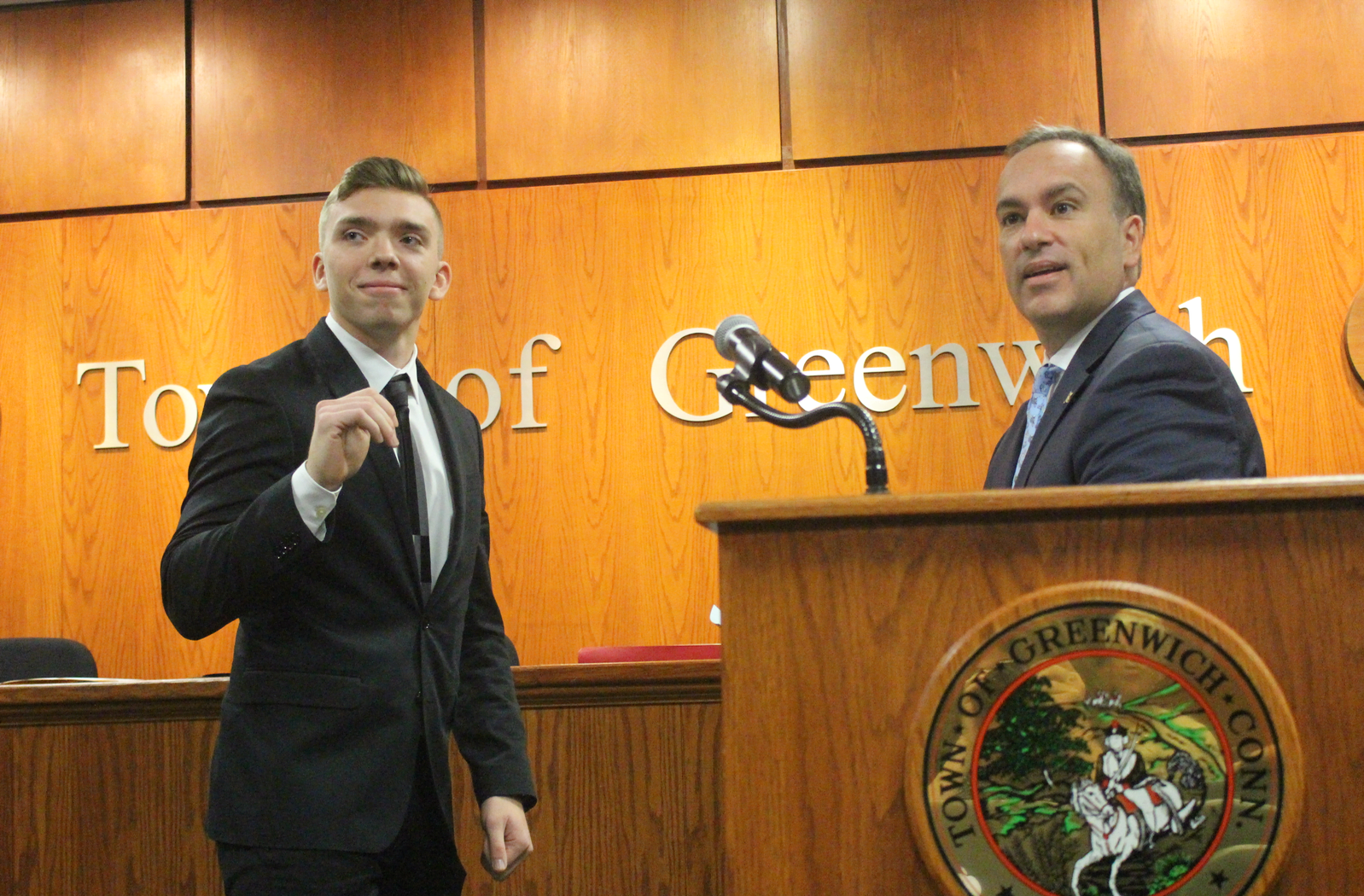 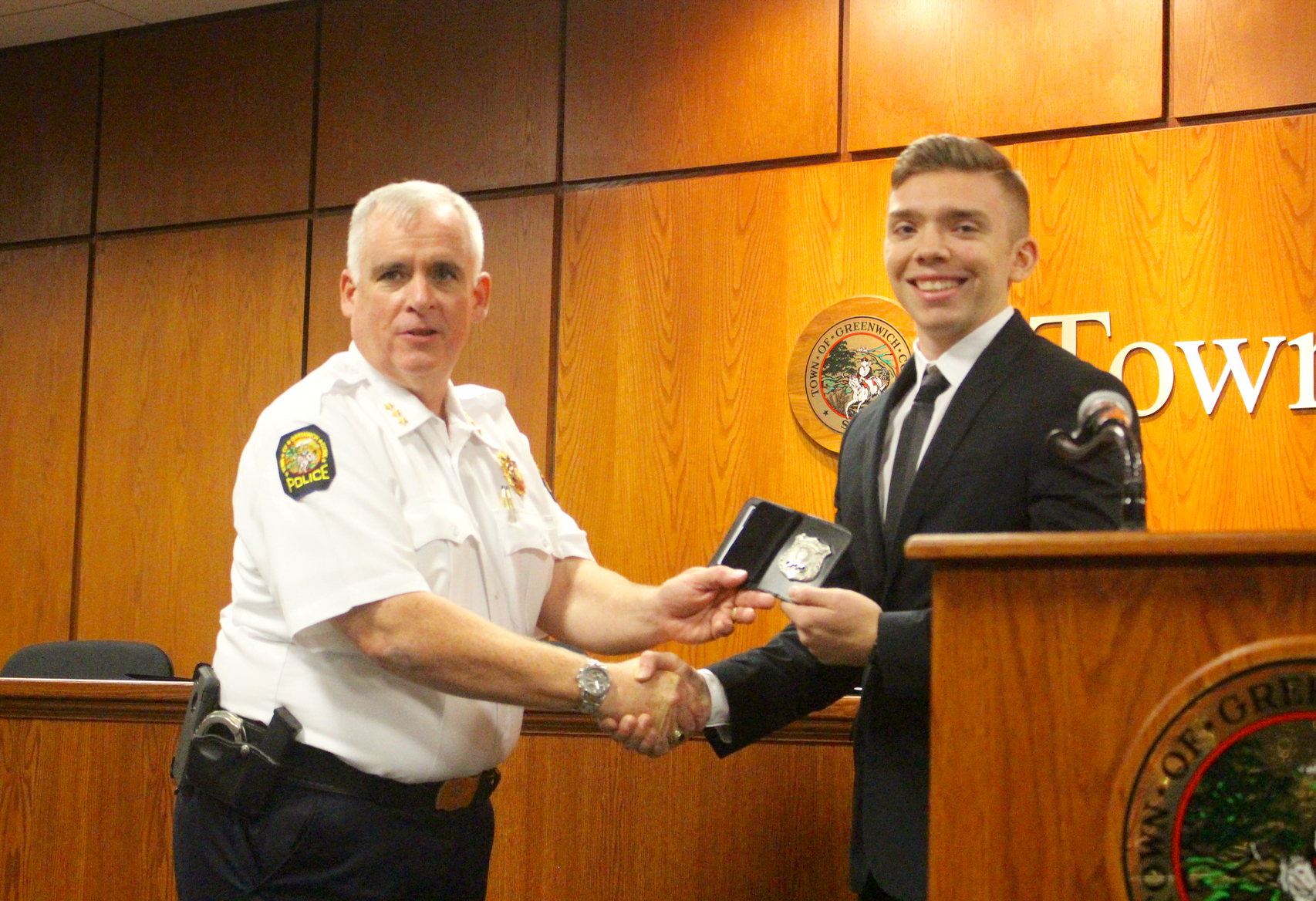 Ryan Daly, who lives in New City, NY received a BA frm St Thomas Aquinas College where he majored in English Language and Literature and graduated in the top 5% of his class. He was a Dean’s List student every semester in college. Prior to becoming a police officer in Greenwich, he was an ESL tutor and a logistics coordinator for an air conditioning and cooling company. He was also a writing and research intern at Fortune Magazine. 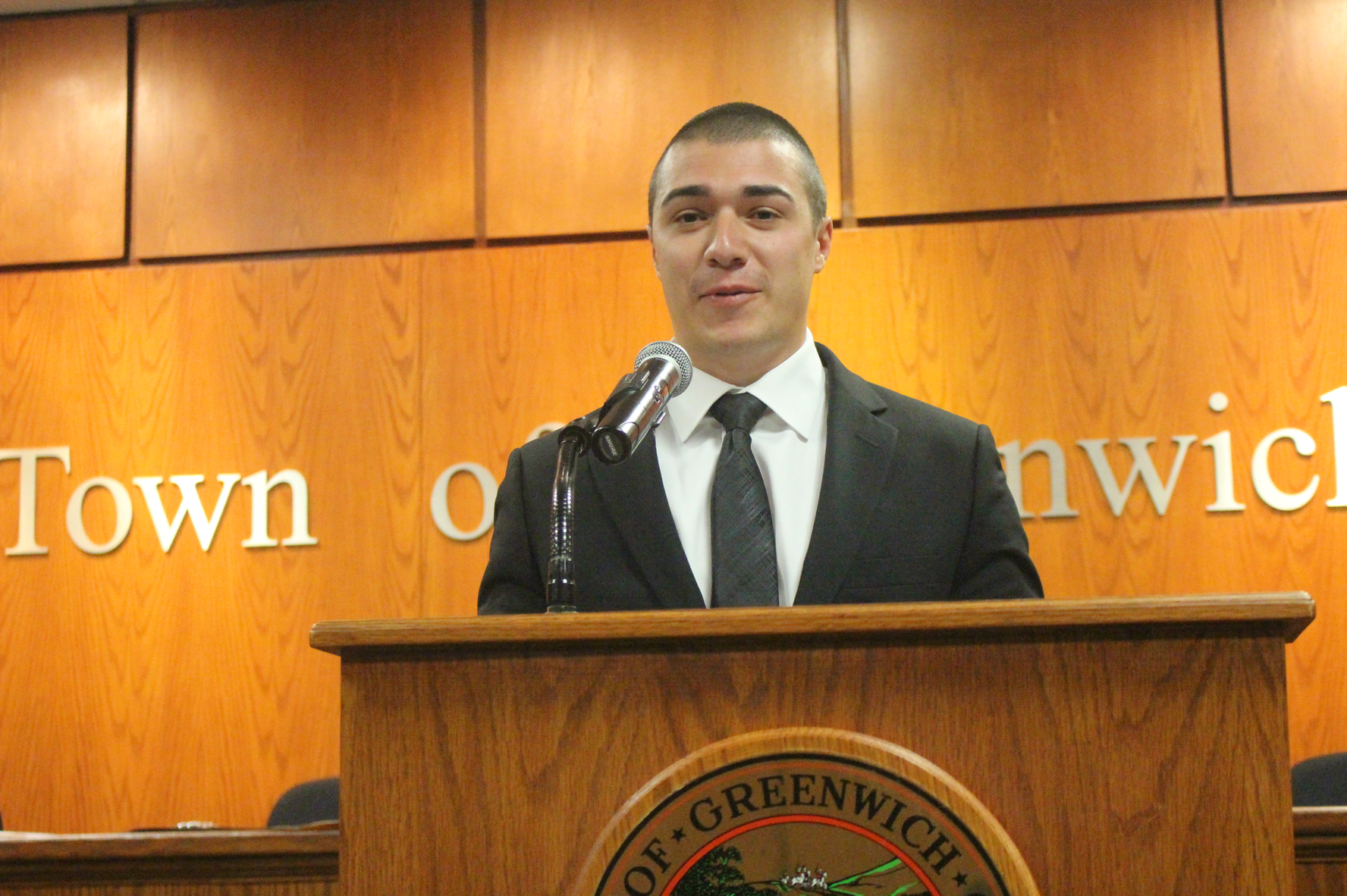 Anthony D’Arco thanked his family after being sworn in as one of Greenwich Police Department’s newest four officers. Oct 2, 2017 Photo: Leslie Yager 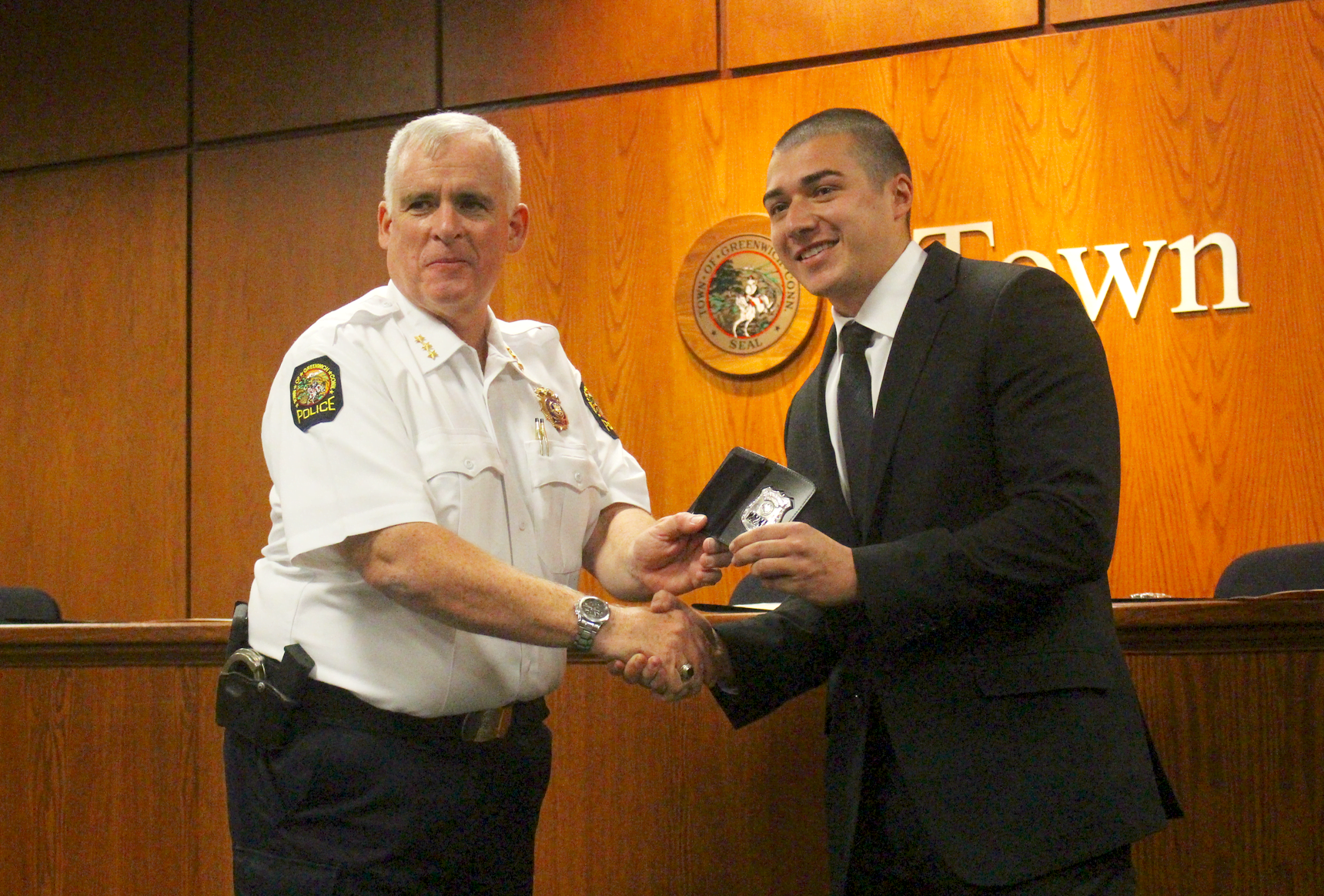 Third to be sworn in was Anthony D’Arco, who is a resident of Carmel, NY.

Anthony attended Endicott College for two years and received his BS from John Jay College of Criminal Justice where he majored in Criminal Justice. Before becoming a police officer in Greenwich, he attended the Hartford Police Academy as a recruit for a short period. Prior to that, he worked in landscaping and construction. His cousin, Michael Califano is a Stamford Police officer. 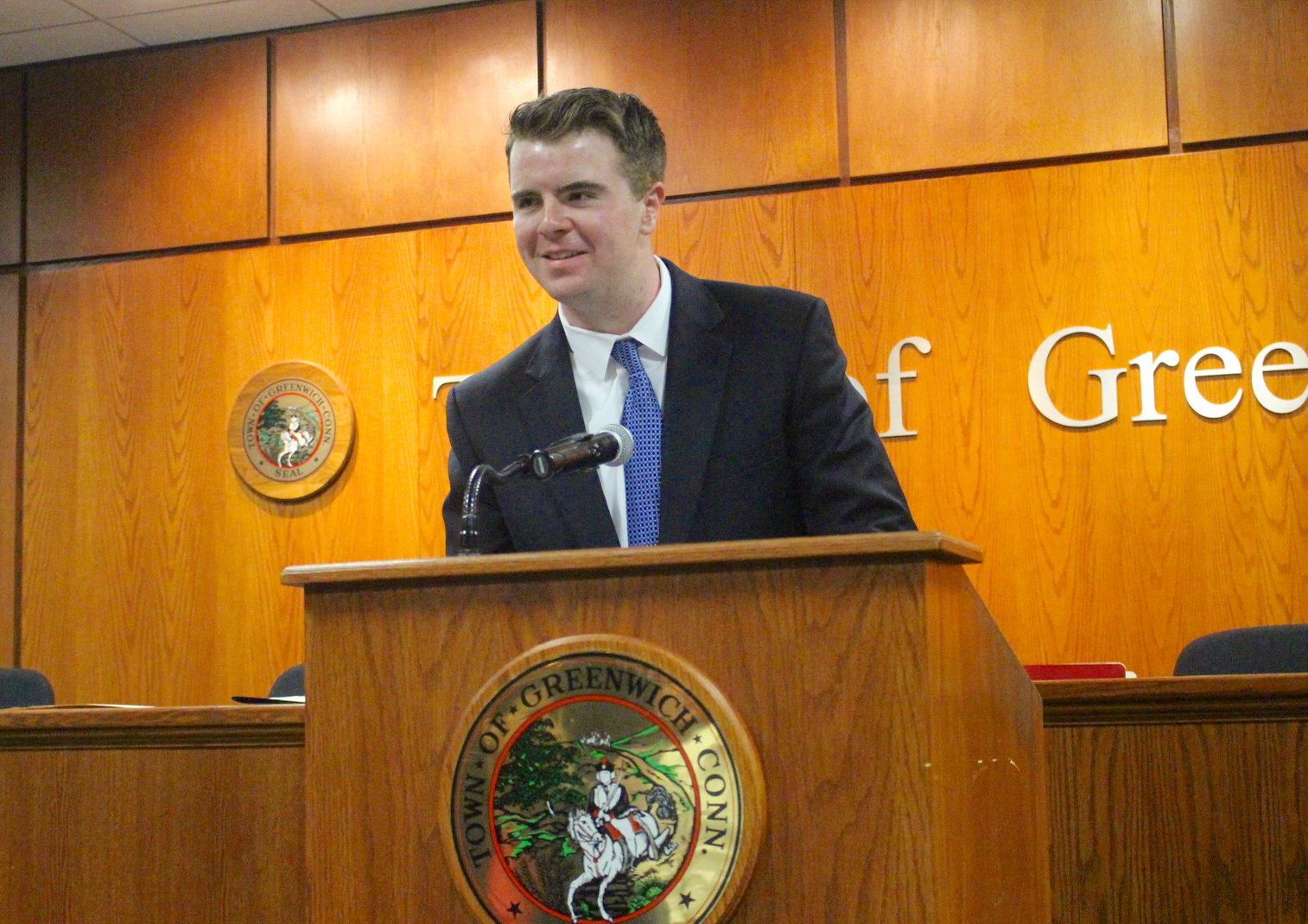 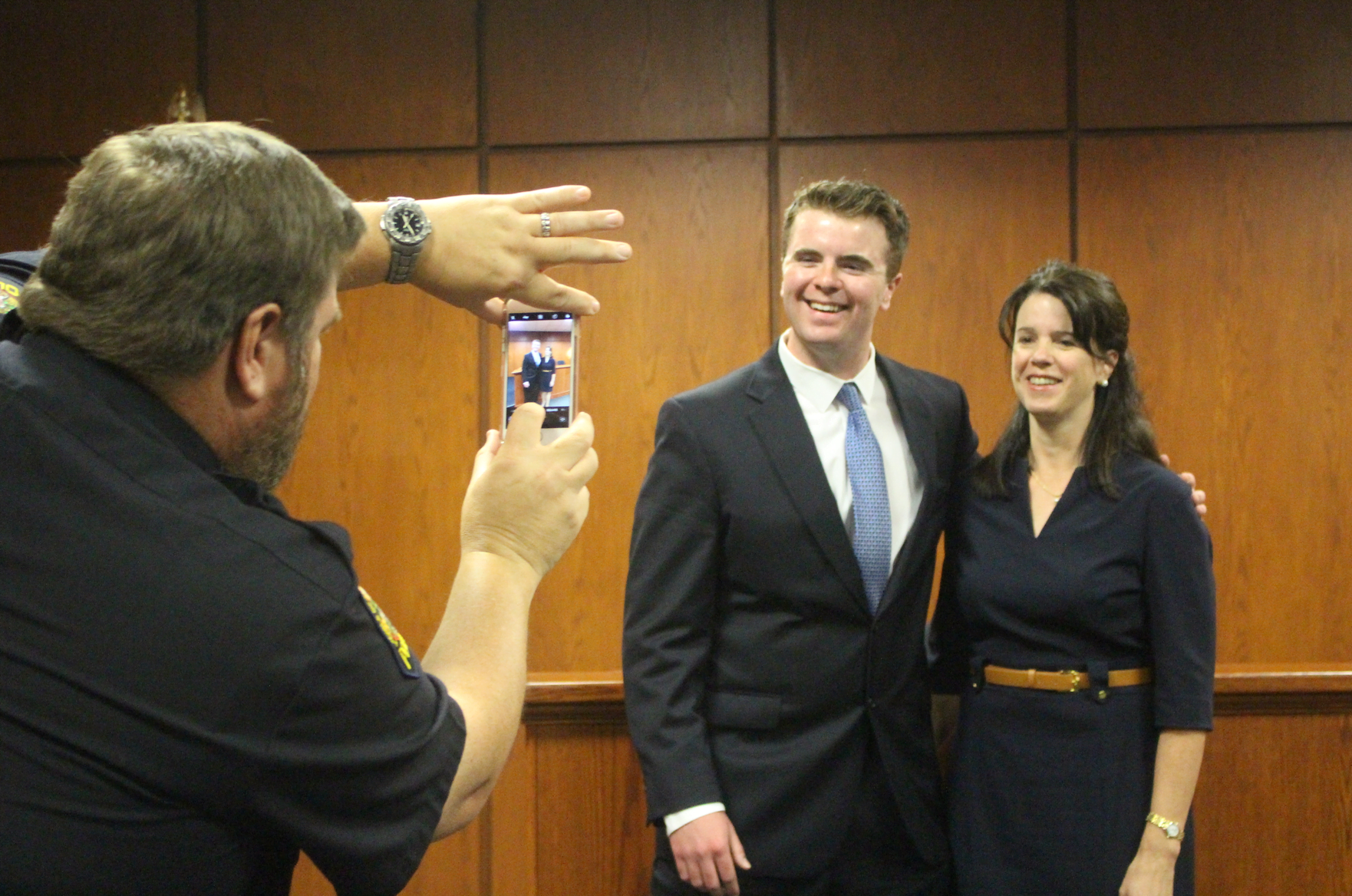 Last to be sworn, was Timothy MacDonald, both the tallest and the youngest at 21.

MacDonald is a resident of Millwood, NY, which is near Chappaqua. He received a Bachelor’s Degree from Fordham University, where he majored in Finance. He had several internships during college in the fields of finance and marketing.

Prior to becoming a Greenwich Police officer, he worked in the accounts receivable department at a law firm in West Harrison, NY.

Timothy’s father Roderick MacDonald is a retired 20-year NYPD detective, who was unable to attend the ceremony due to a prior engagement.

“Thank you for raising me right, mom,” Timothy said after he was sworn in. “I’m very privileged to be here today. It was a long process, but it was absolutely worth it.” 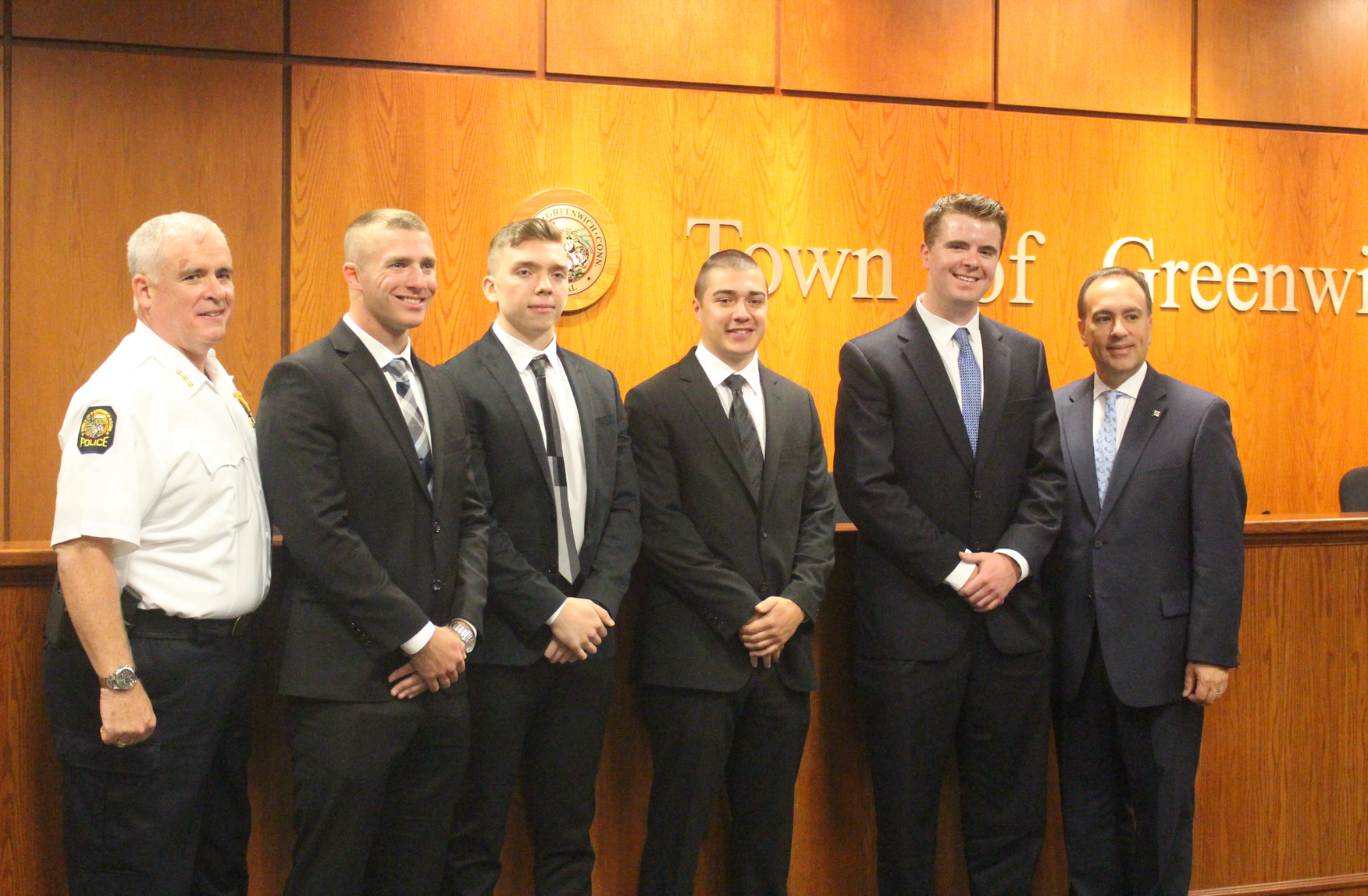