YWCA Greenwich President and CEO Mary Lee Kiernan said since 1981 her organization has helped thousands of women, children and men who are victims of domestic violence.

Last year alone YWCA Greenwich staff responded to more than 3,700 calls to their hotline, in addition to walk-ins to the building from victims, friends, family an co-workers.

Currently YWCA Greenwich is the only state designated provider of domestic violence services in the community, and they provide all their services free of charge.

Nationally 1 in 3 women and 1 in 4 men have experienced some form of physical violence by an intimate partner, and locally domestic violence is the number one violent crime and the second most investigated crime – violent or non violent here in Greenwich.

“All of us know someone who is a victim.” – Mary Lee Kiernan, YWCA Greenwich

“Abuse is not always physical – it’s psychological, verbal, digital and even legal to continue to torment victims. Through our civil legal clinic just formed last year we’ve already provided free, civil legal services to 44 victims of domestic violence and we launched financial literacy coaching for our victims,” she added.

Bills passed last year in Hartford that impact domestic abuse victims include House bill 7396, which eliminated the state spousal rape statute and amended the definitions of sexual assault to make sure that  all sexual violence laws apply to potential victims regardless of their relationship with their abuser.

Senate bill 1105 amended the existing Freedom of Information Act to provide the same level of confidentiality for family violence victims as it provides to victims of sexual assault.

Two domestic violence related bills that failed included one out of the Senate that required landlords to change locks at the expense of a tenant, if the tenant has a restraining order, protective order or civil protection order against an abuser. 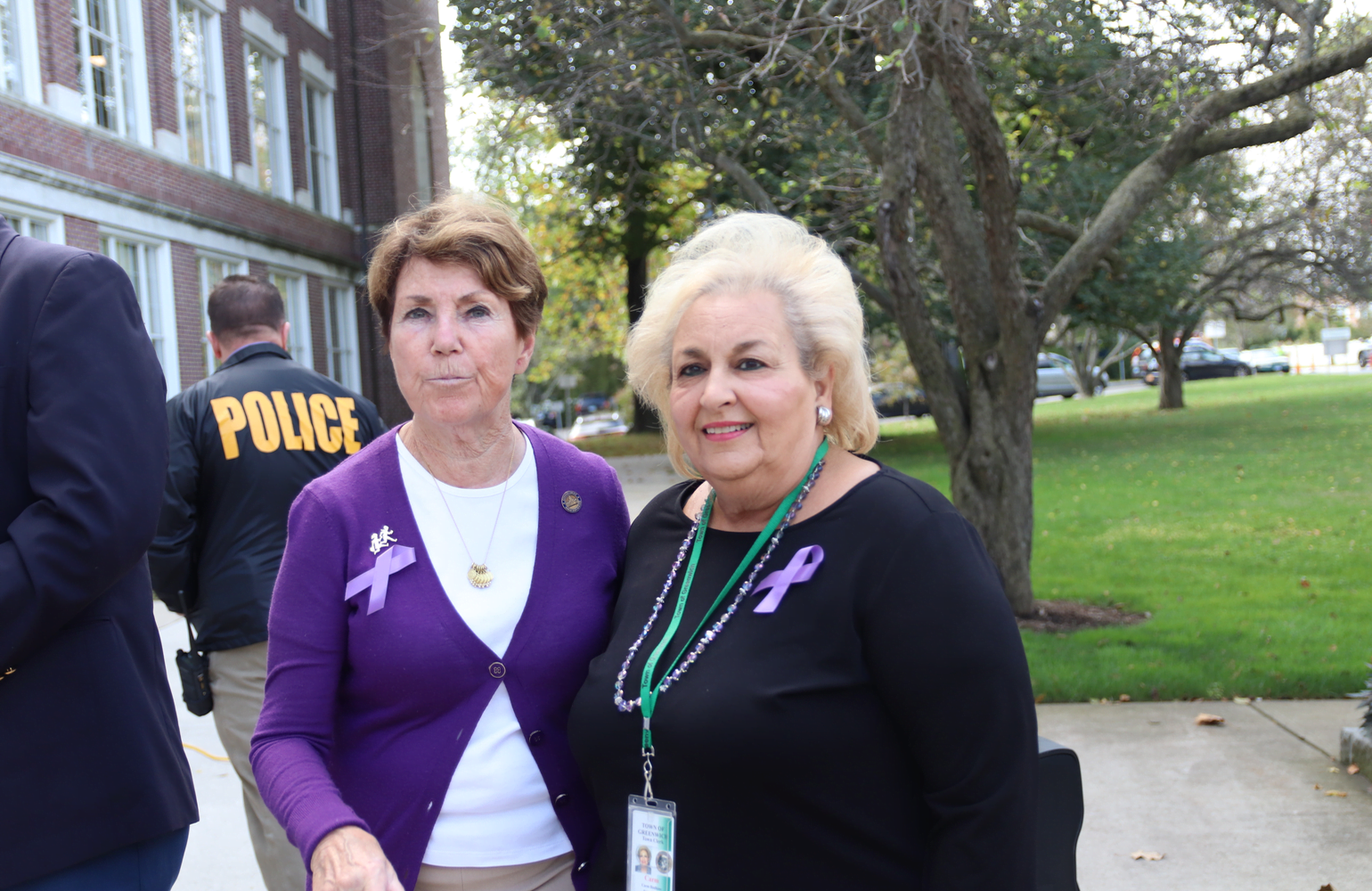 A second bill would have limited public disclosure in the sale of voter registration information stalled in a committee on government administration/elections. It would have protected victims of domestic victims and their families who seek to live their lives free from continued stalking and harassment by their abusers.

Two important pieces of legislation on the federal level are the Violence Against Women Reauthorization Act of 2019 which still has not passed.

Since 1994 this critical and life saving legislation has helped maintain the safety, resources and protections that have been  critical to all survivors, particularly women of color and other marginalized communities.

Also, the Family Violence Prevention and Services Act was introduced, but has not passed.

“Since it originally passage in 1984 it has served millions of victims of domestic violence, including those locally here in Greenwich and their children, during one of the most vulnerable points in their lives. It provides critical funding survivors rely on for services such as such as housing, emergency shelter, transportation, child care, legal and medical services,” Kiernan said.

“Abusers use the legal system to continue to stalk, harass and coerce victims. In short, abusers are weaponizing the court system.” – Mary Lee Kiernan

Kiernan said one victim at the hearing testified by telling her story of years of endless court appearances and legal bills.

“Her abuser continued the power and control dynamic that is central to an abusive relationship by forcing her to answer numerous questionable charges and spend money she didn’t have to defend herself while she fought to keep her child,” she said.

Kiernan said during his long tenture First Selectman has been a critical partner for YWCA Greenwich and their domestic abuse services.

Mr. Tesei read a proclamation that focused on the serious and real issues of domestic violence in Town.

Tesei added that 1 in 5 US teens in a serious dating relationship report that they have been physically abused by a partner.

Meredith Gold said this year on May 24, Jennifer Dulos a Greenwich woman and mother of five, went missing.

“Since then our communities have been shaken to the bone. The case of Jennifer Dulos has shined a spotlight on the family court system in our state,” Gold said.

“We do know through her own words through court documents that she was afraid of her husband. She asked the court for protection for herself and her children because she was certain that he would seek revenge for her leaving him and she felt he was capable of causing her harm,” Gold continued. “While divorce and custody cases are often complicated and contentious, and reforms are necessary, we encourage the family courts to use the tools they have to do whatever it takes to protect victims of domestic abuse.”

Gold said that while people all over are talking about the Dulos tragedy, every day in the US, three women are murdered by a current or former intimate partner.

Since the day Jennifer Dulos went missing, 129 women in the US have been murdered.

The good news is the Greenwich YWCA’s domestic abuse services are available to help. 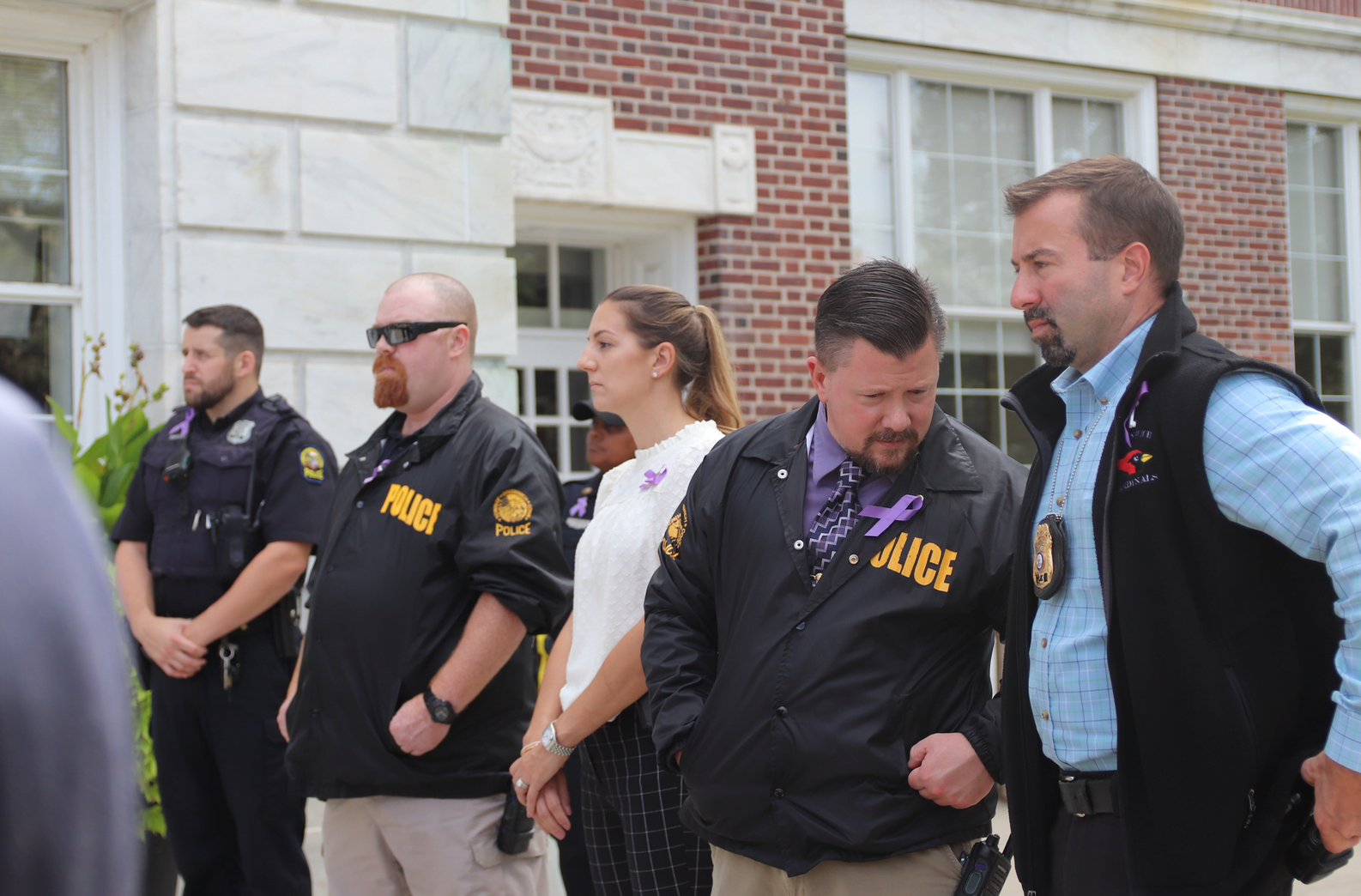 Greenwich Police Chief Heavey said numbers may be impersonal but they are important.

Last year the Greenwich Police responded to 270 domestic violence calls. But he said often there are multiple victims.

To date this year police have responded to 191 domestic violence incidents.

“These domestic violence incidents are one of the most dangerous calls our officers respond to,” he said. “But our officers are better trained and better equipped to respond to these challenges because of our partnership with YWCA domestic abuse services.”

“The YWCA gives us training needed to help them provide victims at the crime scene and help them through the criminal justice system, and get their lives back on track.” – Greenwich Police Chief James Heavey

This Sunday, October 6, YWCA Greenwich is hosting a community-wide walk to raise awareness and funds for YWCA Greenwich Domestic Abuse Services and education. YWCA Greenwich Walk the Walk Against Domestic Violence will be a family-friendly event that takes place at Bruce Park, Woods Road Picnic Area. Check-in will open at 8:30 am. Members of the community are encouraged to form teams, come with friends and family, and even dogs are welcome.

To register, go to ywcagrn.org/walkthewalk

Proceeds from the event will support the important work of YWCA Greenwich Domestic Abuse Services.

During October, YWCA Greenwich will also host two additional events at YWCA Greenwich, 259 East Putnam Avenue, Greenwich. These events are free and open to the public.

• October 10 at 6:00 pm: Candlelight Vigil and Art Show Reception to honor Connecticut victims who lost their lives to domestic violence this past year. At the event, the community will hear from a survivor of abuse, and YWCA Greenwich will present the Purple Ribbon Award to Patrick Mooney, a financial services professional, for his work in providing free financial literacy counseling to YWCA Greenwich Domestic Abuse Services clients. Artwork created by Domestic Abuse Services clients and staff will also be on display in the Gertrude White Gallery for viewing after the event and through the end of the month.

Services for a conversation and Q&A about the contemporary social context in which domestic violence occurs; the norms that shape whether and how violence is tolerated; impacts on the entire community; and the role of firearms.

• October 23 – 4:00 pm, University of Connecticut, Stamford, MPR (Room 108): A talk by Meredith Gold, Director of YWCA Greenwich Domestic Abuse Services about intimate partner abuse and violence. This will be a presentation on the foundations of family violence focusing on prevention efforts and interventions and services available for those who need help.

Also, in support of Domestic Violence Awareness and Prevention Month, Greenwich Fire, Police and Greenwich Emergency Services personnel will wear a purple ribbon lapel pin and will place purple ribbon car magnets on their official vehicles as a sign of support for victims of domestic violence.

For more information about Domestic Violence Awareness and Prevention Month events and how to register for the walk, go to www.ywcagreenwich.org. If you or someone you know needs help, call the YWCA 24/7 hotline at 203-622-0003.

All calls are confidential, free of charge, and no one is ever turned away.