Benoit Ansart moved to Greenwich from Paris, France in 1993 at the age of 32.

Ansart, born in a small French town 30 miles north of Paris called Creil, discovered early in life he had discovered a love of sailing.

He is a member of both Old Greenwich Yacht Club and Riverside Yacht Club, he has been sailing in town since 1996,

Two years ago Benoit registered to compete in the Clipper Round-the-World Race, and plans to participate in all of its 12 legs, which will take about 11 months.

The waiting list for the race is two years, and Benoit stood by patiently for a chance to participate.

The race was founded by renowned sailor Robin Knox-Johnston, who was also the first, fastest, and oldest man to sail around the world. He founded the race in 1996, making this year’s race the 11th edition. There are 12 boats in the race, each with 18-21 crew members per leg.

There is no sailing experience required to sail in this race. “We have some people in the crew who have never stepped on a boat in their lives before,” claimed Benoit. “Anyone can participate, whether it’s someone who is a thrill seeker, or maybe someone who is having a midlife crisis, people decide to try this.”

The race starts in Liverpool, UK and advances onto eight legs with multiple stops. From Liverpool they race onto Punta del Este, Uruguay, then Cape Town, South Africa, then to Sydney, Australia, then to Sanya, China, then to Seattle, USA, then onto Panama City, Panama, then to New York City, USA, then to Londonderry, Ireland, and finally back to Liverpool, UK.

The boats in the race are 70 foot monohulls designed to reach a top speed of 35 knots. The main sail is 1,326 square feet and the spinnaker is 1,813 square feet, in total, the boat weights about 31 tons.

There are different ways to participate in the race, like Benoit, one can complete the entire 11 month race, or just complete a leg or two.

There are 18 roles on the boat, both sailing oriented and non-sailing oriented. Some of these roles include, Watch Leader, Navigation, Medical Assistant, Media, Engineer, Pitman, Masthead, Bowman, Mother, Sail Repair, Stopover Manager, and more.

“Everyone goes through the same training,” Benoit said. Each member of the crew must go through four, one-week training sessions in order to prove that they are able to complete several tasks such as a man overboard drill on the water, a drill where one crew member must dive into the water in order to save another has fallen into the water.

The crew of Benoit’s boat (Sanya) is made up of 59 people total, 9 circumnavigators (a crew member who is going to complete the entire race), 18-21 crew members per leg (meaning some get on and off at certain locations), 14 women, and 45 men, and 13 different nationalities.

Each boat has one skipper, the skipper is the professional sailor, who is responsible for the boat, crew and safety. The skipper on Benoit’s boat is 52 year old Australian sailor, Wendy Tuck, Wendy is the only returning skipper in the race, she is and RYA sailing instructor, as well as a chief training instructor in Australia.

In the past 20 years of the race there have been a grand total of 4,000+ crew members who have participated in the race.

The race is 40,000 miles long, which makes it the longest ocean race in the world.

It is possible to follow Benoit and his boat, Sanya Serenity Coast at https://clipperroundtheworld.com/. 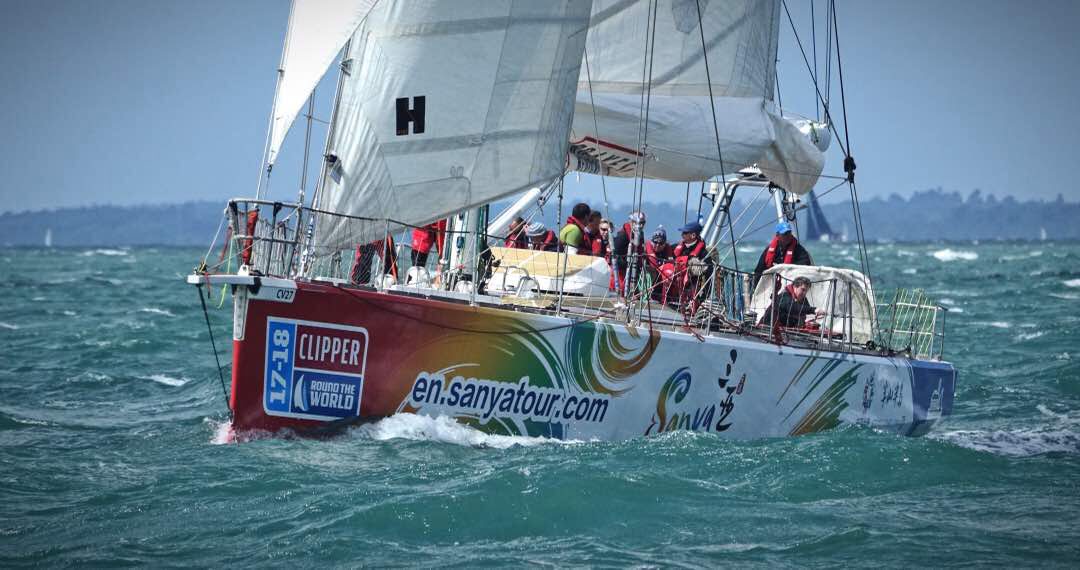